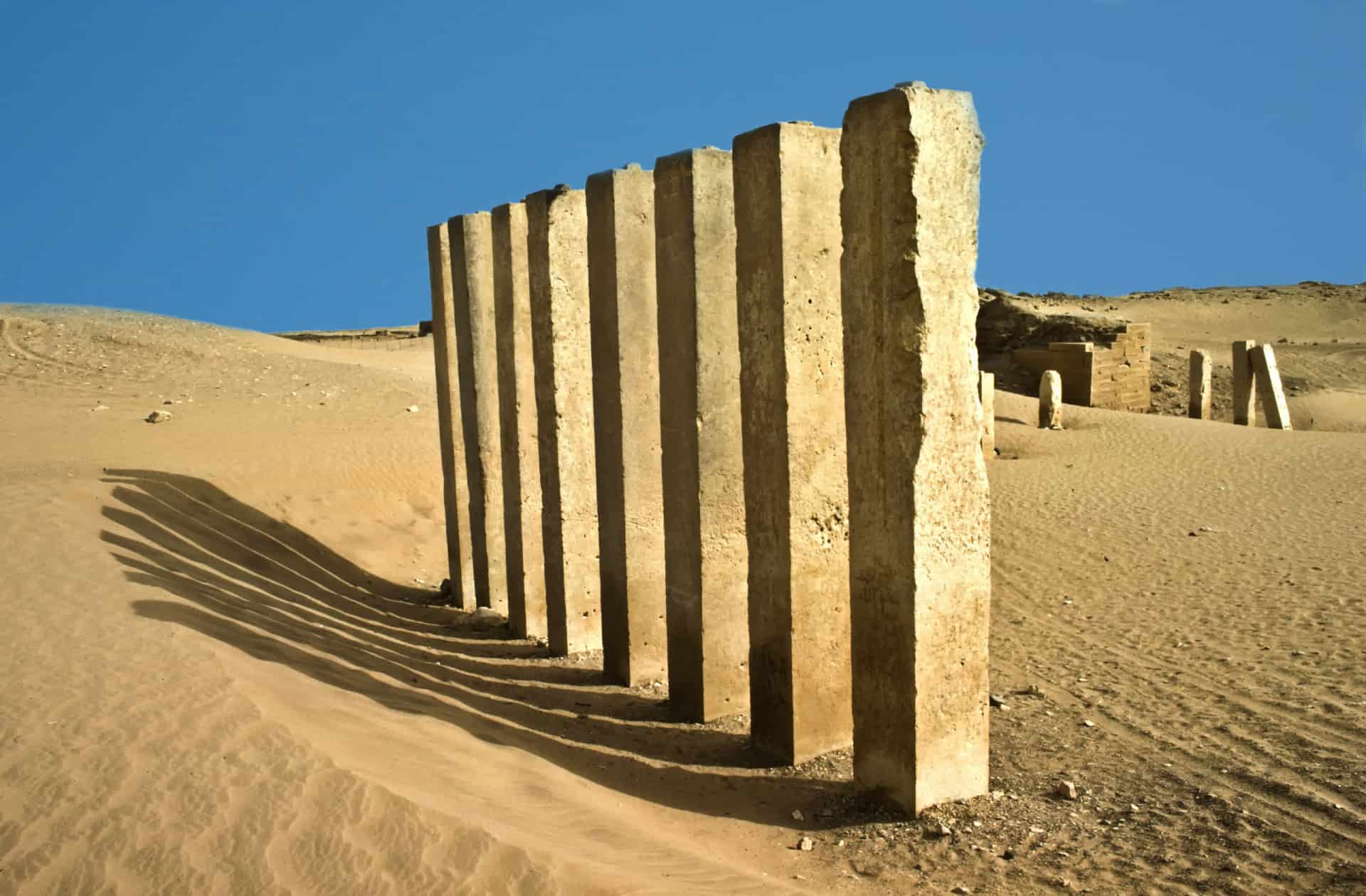 Where to go in Yemen

Sana’a is the capital of Yemen and is one of the oldest cities in the world. Legend says that the city was founded by Shem, one of Noah’s children. He was laying down a guide rope and was about to do some construction work when a bird flew down from the sky and carried the rope closer to the mountains. Taking this as a sign, Shem built his city at the spot where modern Sana’a stands today.

Sana’a is known for its rich museums and ancient mosques. The Great Mosque of Sana’a holds the oldest written copy of the Quran. The National and Military museums are the keepers of Yemen’s ancient artifacts. Although most explanations are in Arabic, you may still find it interesting to visit these places.

Outside the capital is a palace which used to be the residence of Yemen’s highest imam (Muslim leader). The Dar al Hajr or the Rock Palace is perched on top of a hill overlooking a dry river. Located 30 minutes from Sana’a, visitors to this palace will be rewarded with a glimpse of ancient Yemeni architecture.

The Bab Al Yemen is the gate that leads to the Old City. It was once part of the ancient wall complex that protected the city. Within its walls is an art gallery that leads to the top of the gate. Close to the wall is a souk with excellent restaurants to choose from.

Off the coast of Southern Yemen, near the open, turquoise waters of the Indian Ocean, is an island seemingly lost in time. Isolated for eons and believed to be the “home of the dragons,” Suqutra beckons to everyone to come visit.

Plants and animals not seen in other parts of the world thrive on the island. With its rich and delicate ecosystem, Suqutra may also be described as the “Galapagos of Arabia.”

Before 2002, the distant location of Suqutra was a turn-off to many a tourist. Thankfully an airport was constructed that year, shortening travel time.

A visit to Suqutra will make one realize just how unique it is: its locals speak a language not spoken anywhere else, people still use sticks to make a fire, and memories are still fresh of an age when money never existed.

Take a trip to Suqutra if you can, for its ancient wonders may soon be lost to the modern age.

Shaharah used to be considered as a “fortified mountain village.” However, times have changed, and instead of holding its fort against army invaders, Shaharah now opens its gates to hordes of tourists, eager to unlock its secrets.

Throughout its history, this mountain village sitting on top of a mountain in Central Yemen has been considered inaccessible. It is shielded by the Empty Quarter in the East, and the climb from the West takes you to some of the most jaw-dropping vistas on the planet.

Visitors to Shaharah are usually amazed by its breathtaking scenery. Tourists are also able to learn a little about the place’s history.

Known to be a haven for runaway imams, the mountain village was also home to some of the brightest Islamic scholars in the Middle East.

Romance seems to fill the air in this vast dry valley. At first, Wadi Hadramawt might seem barren and lifeless, but the true beauty of the place shines through in small pockets of emerald oases.

Legend says that the valley was once inhabited by giants. It is said that as a punishment from God for worshiping idols and embracing hedonistic pursuits, the valley’s inhabitants were torn apart by giant ants, and the cities crumbled from the harshness of the elements.

Shibam, its most celebrated town, is known as “the Manhattan of the desert.” Hundreds of adobe homes, with some rising up to ten stories high, are squeezed within the walled area. Some of these dwellings are centuries old.

Zabid is a town known for its educational contribution to mankind, because its first governor, Mohammed ibn’Abdullah ibn Ziyad, ordered the construction of the first madrassa (Quranic school).

It eventually became known as a center of learning both in and around Yemen.

The town served as the capital of the kingdom of Yemen in the 15th century AD. It also became host to 5,000 students from around the Muslim World, and is known for gifting the world with the knowledge of algebra. This alone earns Zabid a place on the world map.

If you’re someone who benefited from algebra (or maybe even despaired because of it), paying homage to its birthplace would be a memorable part of your journey.

The Haraz Mountains used to serve as a natural barrier that kept the heart of Yemen from foreign influences. Because of it, the cultural identity of the Yemenis has remained intact, and the nation was never fully conquered in its thousand-year history.

Today, these mountains feature a string of fortified villages, terraced hills ripe with cash crops and foodstuff, and a mountain trail spanning a length of the country.

Adventurous travelers could have a go at discovering more about this region on foot. Visit Haraz Mountains and discover for yourself why the hospitality of the people is said to be second to none.

Ta’izz is the cultural heartland of Yemen. Its large student population makes it very open to new ideas.

The famed explorer, Ibn Battuta, once visited this place. He described the city as one of the largest and most beautiful in the Arab world.

While this may not be said of the city these days, Ta’izz is still home to some of the most eccentric museums and most liberal people in the country. These alone make it worth visiting.

The first time you set foot in Tihama, you might ask, “Am I still in the Middle East, or have I been transported to Africa?”

First, the stone cottages of the Middle Eastern highlands have given way here to African-style mud huts dotting the shore. Second, the local customs are so relaxed that, uncharacteristic of many Muslim nations, women here are allowed to be seen without headscarves in public. They can even talk to strangers at the market.

The town of Al Hudaydah is the capital of Tihama. Known for its wide boulevards, clean streets and European-inspired cafes, tourists can relax at one of the shaded benches, watch the locals as they attend to their business and let time pass, leaving their cares behind, even for just a little while.

Ma’rib was once the capital of the Sebean Kingdom, called by some as the home of the Queen of Sheba.

This green expanse was built on taxes from the frankincense trade. A dam was constructed a thousand years ago to make the desert city more habitable for its citizens.

However centuries of neglect have slowly eroded away the prestige of the town. Artifacts from its once magnificent past have been looted and stolen. The lines of palm groves and orange trees have long since disappeared, and tourists have been known to require police escorts due to tribal tensions.

Nonetheless, the place is so rich in history and authenticity that despite the neglect, enough remains to keep tourists fascinated when they visit this land.

At first, Hawf may seem to be just a small town straddling the Yemeni-Omani border. However, this tiny outpost holds one of the greatest wonders of Arabia: the Hawf Protected Area, with real swathes of forest – the only existing one in the peninsula.

It is also one of the last sanctuaries of the critically endangered Arabian leopard, Yemen’s national animal.

Tourists may not opt to stay very long at Hawf, as there are no hotels or restaurants in the area, with rarely a street vendor offering saltah or shawarma. The only resting spot is a small café, frequented more often by camel drivers than real tourists.

Nonetheless, there are still travelers that visit Hawf for its robust outdoors. Adventurers that come to this place will enjoy its relatively untouched ambience, perfect for hiking and camp-outs. 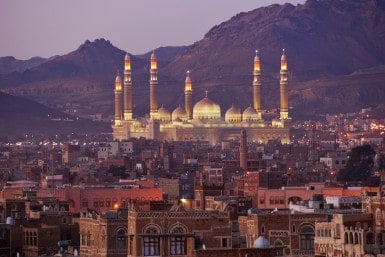 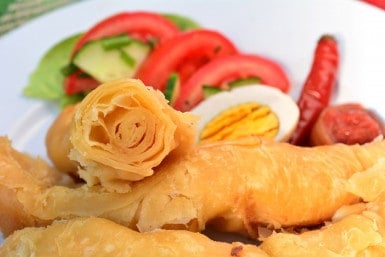 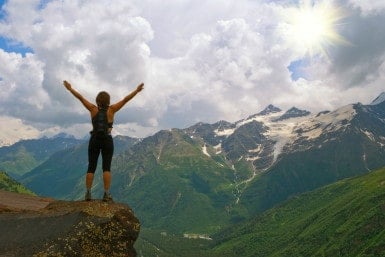 What to do in Yemen