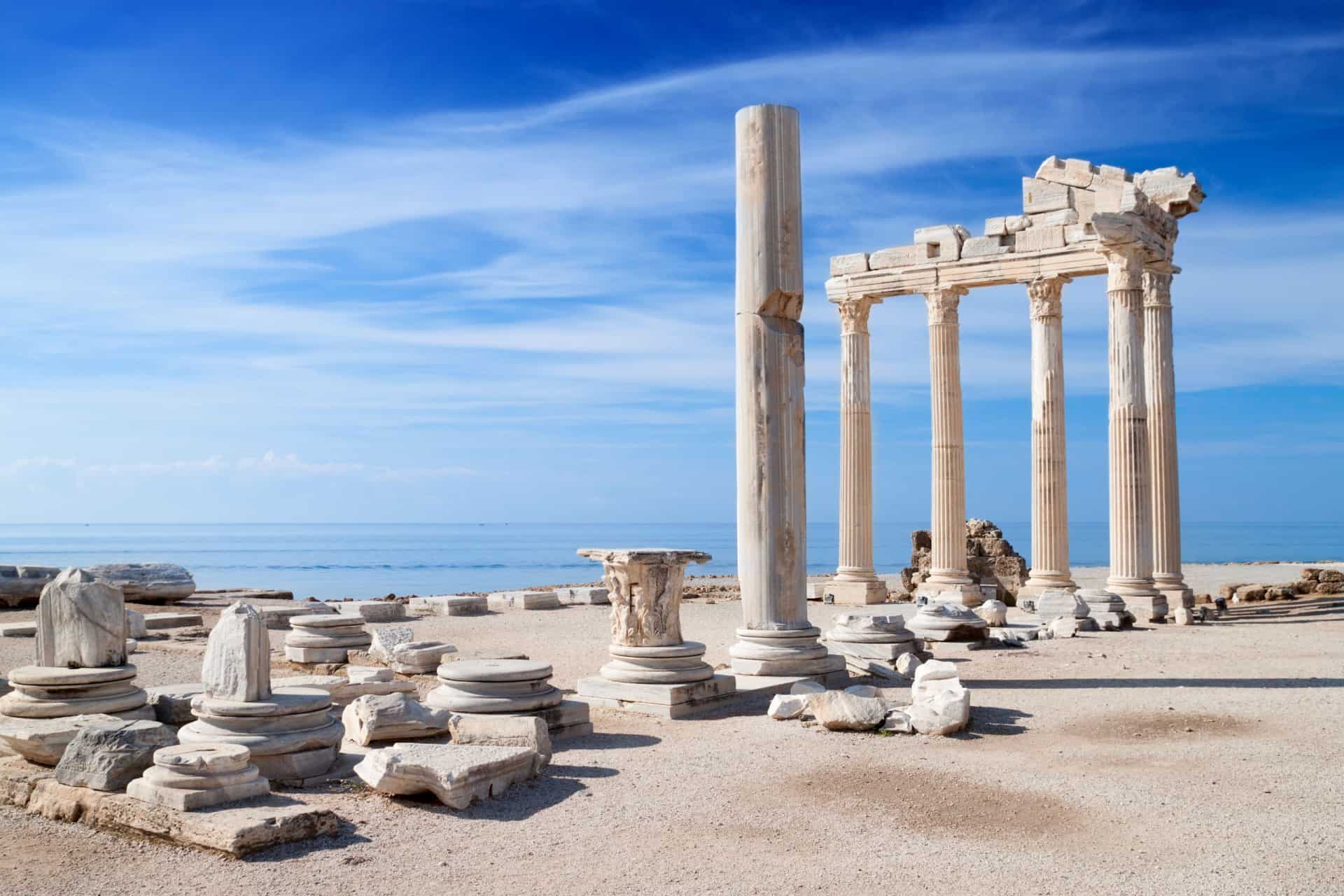 The Blue Mosque is also referred to as the Sultanahmet Mosque. It can be seen clearly from Istanbul’s skyline.

The mosque was named after Sultan Ahmet I, who commissioned its construction in 1609, when he was only 19 years old. Work on the mosque lasted up to the year 1616.

Ahmet was quite hands-on with the project and even helped to get things done because he was very anxious to see the outcome. Sadly, he died a year after the mosque was completed, at the young age of 27. His remains were buried outside his masterpiece, along with the remains of his wife and three sons.

The mosque features six minarets that are visible even from afar. The domes are breathtaking with their cascading effect.

The term “Blue Mosque” was given to the structure, not because of its exterior color but because the tiles inside are blue.

During summer, at around 9 o’clock in the evening, a historical narrative is presented along with a light show at the place. Commentaries are said in various languages on different nights.

Mount Nemrut, more commonly known as Nemrut Dagi, is considered to be among the most ambitious constructions during the Hellenistic period. This mountain is 2,134 meters tall and is situated in the eastern part of the country.

On the top of the mountain, there is a strange collection of giant statues that represent the man behind the site’s construction, King Antiochos I Theos of Commagene, and his relatives.

The place became forgotten after Antiochos’ kingdom fell, and it remained forgotten until the Germans rediscovered it during the latter part of the 1800s. It is now a UNESCO World Heritage Site.

You can visit it during trips to Malatya and Kahta. Aside from being a perfect spot for taking panoramic pictures, it is also a great spot for sunset watching.

Pamukkale is a natural site that can be found in the southwestern part of the country, specifically in Denizli Province. Its name means “cotton castle” in Turkish.

Its location is very idyllic because it has a temperate climate for most part of the year. The city features travertines – light-colored rock deposits – and hot springs, and has terraces formed from carbonate minerals left by the flowing water.

The “castle,” which is 160 meters high, 600 meters wide and 2,700 meters long, is visible 20 kilometers away from the opposite side of the valley. Tourists have been flocking to the city for some time now, making tourism a major city industry.

The site suffered major damage when hotels were built over the ruins of Hierapolis in the middle of the 20th century. These hotels were demolished and replaced with artificial pools when the place was hailed as a UNESCO World Heritage Site in 1988. Visitors must take note that wearing shoes is not allowed in the water to protect the deposits.

The Temple of Apollo

The Temple of Apollo used to attract hordes of pilgrims. Situated in Didyma on the west coast of the country, it served as a vital sacred site in the ancient Greek world.

Today, only the ruins of the temple remain, but the site still brings in many tourists and is one of the reasons why Didyma, known today as Didim, is among the most frequented places in Turkey.

The temple’s architecture was greatly influenced by two other temples designed by the same architects that worked on the project, namely Paionius of Ephesus and Daphnis of Miletus. These are the Temple of Artemis at Ephesus and the Temple of Hera at Samos.

Presently, only three of what used to be 122 ionic temple columns are intact. Each column stands 60 feet tall with a base diameter of 6 feet. The base contains beautiful and impressive carvings.

If you happen to be a beach lover, you must check out the Ölüdeniz Beach, which is the most beautiful and popular beach in the Mediterranean. Its name means “calm sea.”

Aside from enjoying the water and sun, tourists can also enjoy paragliding at the mountaintops near the beach area. In fact, paragliders are a common sight there. Tandem paragliding, wherein two people use the device at the same time, is quite popular.

The beach is protected by hills and has a lagoon that remains calm even during the worst weather conditions. There are restaurants, small hotels and pension inns located on the plain behind the beach.

Further construction is being done at nearby hilltop towns, such as the Ovacik and Hisarönü, in order to accommodate the crowds that usually come to this tourist spot.

The Maiden’s Tower was known as the Tower of Leandros during the ancient Greek and medieval Byzantine periods. It is situated in an islet off the coast of Üsküdar in Istanbul. It was built in 408 BC to help in controlling the movements of the Persian ships.

The tower underwent a major renovation in 1998, and steel supports were placed after an earthquake a year after. For centuries, the tower served as a lighthouse. Its interior was then converted into a café and restaurant. The latter occupies the first floor and the café is at its top. There are private boats that go to the location several times a day.

The tower has other reasons for its “claim to fame.” It was used as a location in a scene of the James Bond movie, “The World Is Not Enough” and another film entitled “Hitman.” It was also used as a stop point in the 7th season of the popular reality TV show, Amazing Race.

Sanliurfa is dubbed as the “city of prophets.” This is where the cave that served as the birthplace of the prophet Ibrahim can be found.

Legend says that the lakes situated here, such as the Halil-Or Rahman and Aynzelihe, were formed after Ibrahim was thrown into the fire by Nimrod, and God turned the fire into water to save the prophet. Many people actually believe this to be true.

The city is now a considered a “holy place” to visit. Some of its attractions include the mosques of Halil-tir Rahman and Rizvaniye, and the cave where Ibrahim was born, which is situated on the outskirts of the Urfa Castle.

The ancient building of the Library of Celsus can be found in Ephesus in Anatolia. It was built from Celsus’ own wealth.

Celsus was among the earliest men with pure Greek origin who became a consul. The library served as a special honor to Celsus, who was buried in a sarcophagus under the building’s main entrance.

Although what remains now are only ruins, the site still features prime examples of Roman public architecture. There are guided tours that you can join if you want to learn more about the structure and its importance, as well as check out the other landmarks which can be found in the city.

In Istanbul, at the European side of the Bosporus, another magnificent work of genius stands, namely the Dolmabahçe Palace. This structure served an important role during the Ottoman Empire in 1856 up to 1922, excluding the years 1887 to 1909, during which it became the empire’s main administrative center.

The traditional beauty of the structure has been preserved and remains intact. Its design is a mixture of elements from styles such as Rococo, Neoclassical and Baroque. In 1984, the palace was renovated and opened as a museum. It is now an ideal venue for any culture- and art-related activities.

In the southwestern part of the country, specifically in between Kas and Kalkan, you will find a breathtaking long beach that is known as Kaputas Beach. It is 20 km away from Kas and 7 km away from Kalkan, to be exact.

Its main attraction is its untouched natural beauty, which has made it quite popular among tourists and locals. It is also a favorite stop-over point for those who are yachting along the Blue Cruise.

Take note though that you should bring your own things and snacks when going to this beach, as there are only a few vendors who set up small stalls, usually during the daytime. Despite the lack of fixed amenities on the beach, lots of people still come to appreciate the simple beauty of the place. It is especially ideal for nature-lovers and people who simply want to spend the day relaxing, away from all the hustle and bustle of work.

The beach is securely guarded by the municipality of Kalkan. It can be reached through stairs that descend from the road. 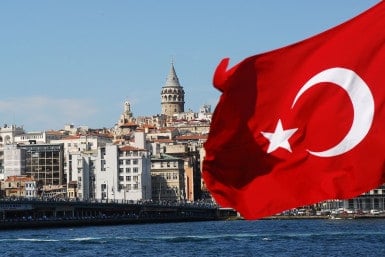 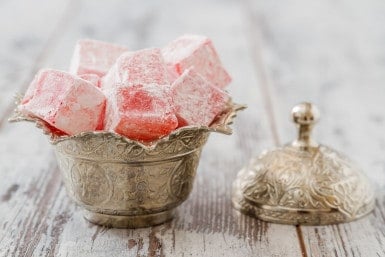 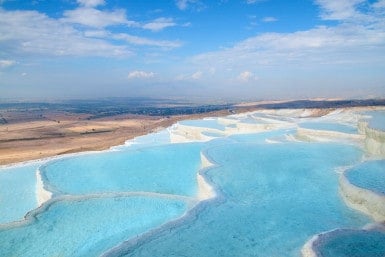