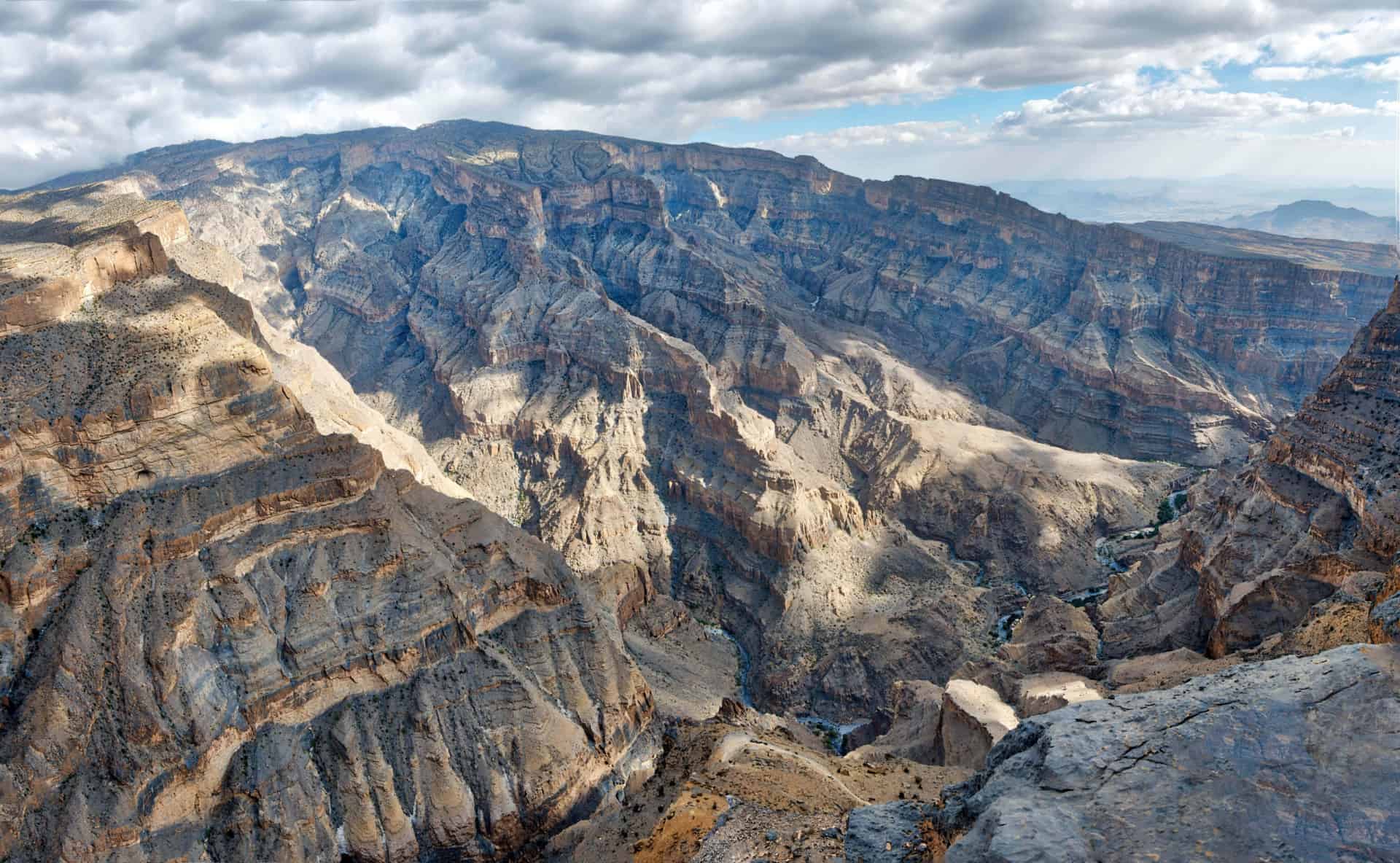 Where to go in Oman

The first city that anyone will set foot in once they arrive in the Sultanate of Oman is its capital city, Muscat.

Muscat is not just the capital city; it is also the largest city in Oman. Some of the most notable places to visit are the Zawawi and Ruwi mosques and, of course, the architectural jewel that is called the Sultan Qaboos Grand Mosque.

Even if the city is experiencing a lot of modern development, it has not lost its pride in its heritage and culture. The city is a treasure trove of museums that showcase the country’s history and legacy. Some you may want to visit are the Oman Natural History Museum, the Oman Children’s Museum, the National Museum of Oman, and the Museum of Omani Heritage.

You may also wish to pass by the beautifully designed Royal Opera House.

The souks in Muscat sell only the best locally made handicrafts. Some of the local products which can be purchased in the city are mother of pearl, dates, and fish. There are also several shopping malls found all over the city.

Al Jabal Al Akhdar, which literally translates to “the Green Mountain,” is one of the most sought-after tourist destinations in Oman. It is part of the Al Hajar Mountain Range and is also known as the camel’s hideout.

Like most mountains in the country, this mountain range’s environment is composed mostly of desert; but as you reach higher altitudes, you will find that the land gradually grows damp enough to support the growth of trees, shrubs, and agricultural products such as peaches, apricots, and pomegranate.

Al Jabal Al Akhdar is also one of the major sources of rose water in Oman.

In August 2011, in an effort to conserve Al Jabal Al Akhdar’s fragile and unique biodiversity, the Sultan issued a decree establishing Al Jabal Al Akhdar a “Sanctuary for Natural Sceneries,” which in effect makes the area a protected nature reserve.

Bahla is an Omani town well known for its pottery and its ancient fort.

The Bahla Fort is a UNESCO World Heritage Site that features a 13-kilometer-long wall that was built in the pre-Islamic era. It is reported to be the oldest for in Oman.

In and around the Bahla Fort, tourists will get to see ancient mosques, old alleys, and the Bahla Oasis, with its traditional souks for tourists who want to buy souvenirs.

Aside from the fort, though, there is also the Al Hamra village, which is known for its pottery and for being one of the oldest villages in Oman.

In this village, you will find two-story mud homes with intricately carved windows and doors, finished off with the best samples of Omani metal work.

The village is inhabited by the Al Abri tribe, and the whole town is irrigated by a falaj, which is the local term for “water channel.”

Nizwa was the capital of the Sultanate of Oman during the sixth and seventh centuries. One of the oldest cities in the country, Nizwa was the center of trade, arts, religion, and education.

For those who are into photography, nature tripping, and antique houses, Al Mudayrib is a good place to start.

Although the entire Oman is sprinkled with old structures, Al Mudayrib is famous for them. Here, you will find the most photographed old buildings in the country: old merchant houses that used to belong to the wealthiest families in Oman, watchtowers, and large buildings with defensive towers.

Some of the oldest buildings in Al Mudayrib hail from the 18th century. Despite their age, these structures are in pretty good condition, owing mainly to their manner of construction – solid stones cemented together with plaster and clay.

Said to be the hometown of Sinbad the Sailor, Sohar is the next most developed city in the country aside from Muscat.

Sohar was originally a fishing town, but now it is considered to be Oman’s industrial hub, due to the developments of the Port of Sohar, also known as the Sohar Industrial Port.

The biggest attraction in Sohar for tourists, however, are the clean and uncrowded beaches. You’ll also find in the area one of the finest castles in the country, the Sohar Castle, a 13th-century castle – now used as a museum – located in the town of Harat Al Hajara.

Sharqiya is known for its beautiful sand dunes, also known as the Wahiba Sands.

The desert is home to most of Oman’s nomadic tribes, which are fast disappearing as Middle Eastern countries start to embrace modernization.

Nonetheless, in Wahiba, one will still get to see the Bedouin, who are known for raising camels used for camel races – one of the most popular events in the country. Tourists can see nomadic Bedouin women selling woolen rings and camel bags, which showcase the creativity of the Bedouin tribe.

Incidentally, the Bedouin women are also skillful drivers, who would always come to the rescue of drivers who get stuck in the sand.

Oman is one of the countries that impose very strict rules when it comes to the conservation of the endangered green sea turtle. Stiff penalties await anyone who tries to destroy or harm the turtles or their eggs. The government has sole control of the area, and the only way to get there is by booking a tour with the Directorate General of Natural Reserves.

Thanks to these strict rules for the turtles’ protection, the Ras Al Jinz is now an important nesting site for the green sea turtle. Almost 20,000 female turtles return to this place every year to lay their eggs.

July is the peak season for the turtles’ egg laying. During this month, almost 100 female green sea turtles come to the area every night to lay their eggs.

Al Batinah is considered the country’s breadbasket. It is also the region where you will find the highest concentration of tourist spots in the country.

In fact, there are so many places to visit here, you would be hard put to see them all if you take the public transportation. If you’re obsessive about seeing everything that a place has to offer within a limited amount of time, it’s best that you rent your own wheels.

If you must choose just one or two, though, go for the old castle towns of Al Rustaq and Nakhal. These are the most popular tourist spots in the area.

The Nakhal Fort is arguably the most splendid castle in the whole of Oman. The location of the fort is absolutely charming; the combination of greens and browns that surround it simply add to the scene’s rustic beauty.

Dhofar is the southernmost province of Oman. It is worlds away from the hustle and bustle of the cities of the north.

The peace and tranquility offered by the laid-back lifestyle, great beaches, and friendly locals in this place make it the best choice for people who want to get away from the huge crowds of the city, and experience complete relaxation of body and mind far from the madding crowd.

Some of the places you shouldn’t miss when you visit this enchanting place are the groves of wild frankincense, Job’s tomb, the beautiful beaches of Mirbat, and the fountains of Al Mugshayl. 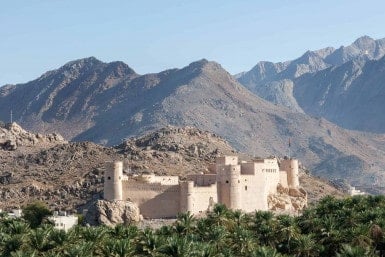 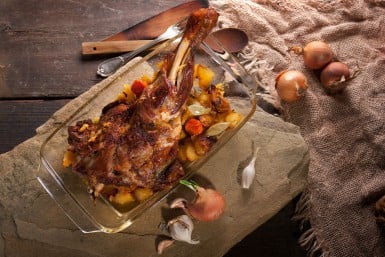 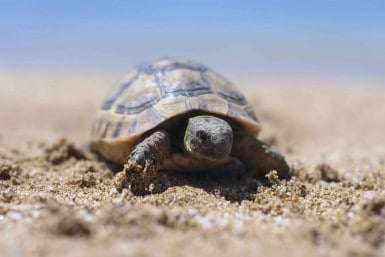