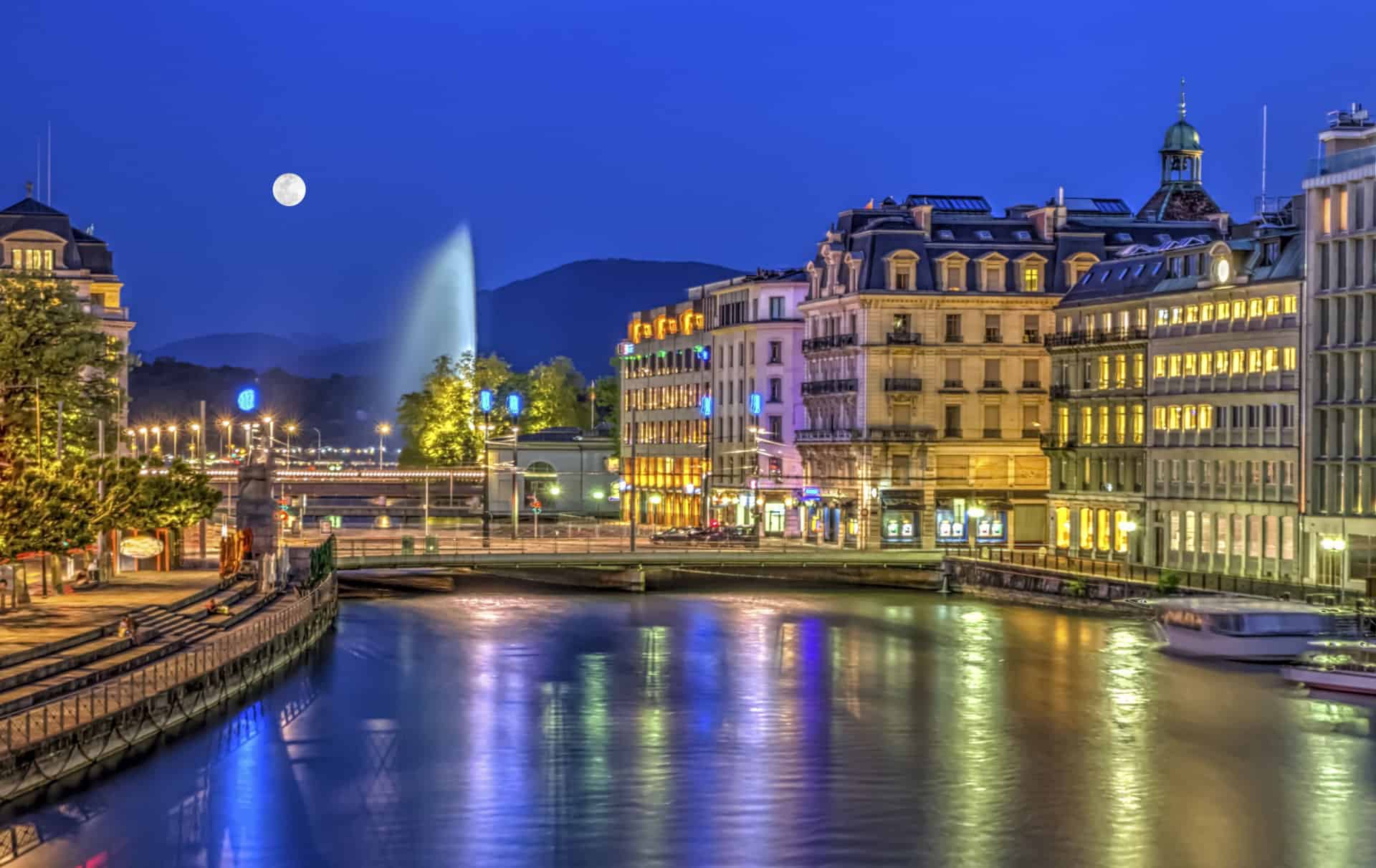 Zurich has frequently been mislabeled as a boring banking capital. Many do not realize that while Zurich is the fourth-biggest stock exchange in the world and is still Switzerland’s financial center, the city has slowly shed the dull descriptions that have once been attached to it.

Since the latter part of the 1990s, there have been hundreds of new establishments such as clubs, bars, and restaurants that opened in the city.

And since the Zurich Street Parade has taken over London’s Notting Hill Carnival, the city now also hosts the largest annual street party in Europe.

It is worth noting, by the way, that despite all these cosmopolitan upgrades, Zurich is still so clean, it has been called the Singapore of Europe.

But it’s not Singapore. It’s much livelier than that.

Zurich has assimilated all the bright and fun elements of the other major cities while retaining the freshness and relaxed lifestyle that the mountain air brings.

Too hard to imagine? See it to believe it. One thing you should definitely understand about Zurich today: it’s not just a banking city.

Geneva is a unique city. While it is known as one of the most expensive European cities to stay in, that doesn’t prevent tourists from coming in. A quick stroll through the city and you would hear languages from several countries – all nationalities converging in this slick and beautiful metropolis.

As such, hotels in the city always have big and important people residing in one of their rooms.

Despite all this importance filling it, Geneva is not just about glamour and fame. For a taste of the humbler European neighborhood, visit the Pâquis quarter. In this place of local bars and clubs, you will find that Geneva also has its share of small town living.

A local legend says that once upon a time, an angel shone a light down to earth, pointing to the first settlers of Lucerne where they should build a chapel.

Around this chapel, a small fishing village cropped up, and the waters and mountains fed the village to support the residents’ lives.

The legend is easy to believe, for today, the city of Lucerne still looks like a place that has received a special blessing from above.

Between the 13th and the 19th century, the city of Lucerne grew economically as an important stop on the Alpine trade route. As more merchants and visitors passed by, they recognized the charm of the city and its potential for tourism.

The city’s name was derived from the German Luzern, which can be translated to “city of lights.” A scenic lake surrounds the beautiful city, and the wooden Kapellbrücke (Chapel Bridge) stands as one of its most famous landmarks.

Chillon Castle, or Chateau de Chillon, is located on the beautiful banks of Lake Geneva.

With the over 300,000 visitors that the castle receives annually, it is one of the most visited tourist sites in the whole country.

Visitors are attracted by the amazing sights that the castle’s towers can offer: Although the façade of the castle exudes a dominating aura, that is quickly extinguished by the literal and figurative warmth of the castle interiors. Fourteenth century wall paintings still adorn the castle walls, showing the way of life and culture of the past. The bedroom has also been preserved to look just the way it did in the castle’s heydays.

Other popular attractions in the castle are the parade halls and the subterranean vaults that once served as a storehouse and prison.

All in all, the Chillon Castle holds 25 buildings inside its complex, plus three courtyards. The two circular walls that enclose the compound have protected it for centuries.

The Chillon Castle is definitely a worthwhile addition to your tour itinerary. It offers a fascinating glimpse into the medieval past of Switzerland.

The Salt Mines in Bex, which were discovered back in the 15th century, are still in operation today.

In the past, ownership of salt deposits meant power and wealth because of salt’s importance in the medieval world.

Today, the salt mines are open for visitors to explore. There is also a museum that shows the history of salt mining in the area from the 1600s to the present.

Visitors who enter the Bex Salt Mines are met with a maze of tunnels and pathways that extend about 50 kilometers, or 31 miles. Tourists ride a small mine train into the heart of the mines. There, you can learn all about the history of this mineral that has been aptly dubbed “white gold.”

Interestingly, there is a restaurant within the mines – located 400 meters (1,312 feet) below the ground.

Guests seeking a once-in-a-lifetime experience can surely find it in the numerous winding tunnels of these mines, which have been in operation for hundreds of years.

Founded in 1914, the Swiss National Park in the Engadine is the oldest national park in the Alps.

Covering an area of more than 170 square kilometers (1,312 square miles), the park has 80 kilometers (50 miles) of nature trails, hiking paths, and excursion spots for serious hikers and families alike.

The people working in the Swiss National Park take nature conservation seriously. Tourists are not allowed to divert from the specified hiking trails, to minimize the disturbance of the plants and animals in the rest of the park.

The Swiss National Park showcases the immense natural beauty of the country – a snapshot of how Switzerland looks at its greenest best.

The village of Zermatt lies at the foot of the Matterhorn, one of the most famous mountains in the whole of Switzerland. Its location at the center of a skiing and hiking region has spurred its growth as a robust tourist village.

The ski region around the city holds roughly 300 kilometers (186 miles) of pistes and 63 mountain railways.

And with over 400 kilometers (248 miles) worth of hiking trails available to those who wish to take on the adventure, the region is not just popular with the skiing crowd; it is a well-loved destination for mountain hikers as well.

Despite being in the middle of all this bustling activity, Zermatt has amazingly been able to preserve its original allure as a small Swiss mountain town. To this day, the village is a car-free zone, and the houses there still resemble those that once sheltered the Swiss residents of the area in the past.

King Carl Gustaf of Sweden is just one of the many famous guests that St. Moritz has received.

In 1889, this is where the first golf tournament in the Alps was held. In 1935, one of the very first ski lifts in Switzerland was installed here.

But today, tourists do not come here to see the ski lifts. One of the places that they do come to see is St. Moritz’s leaning tower, which is a remnant of the Mauritius Church from 1500.

Another popular tourist destination is the Segantini Museum, an art museum that features a huge collection of the works of the Italian art master Giovanni Segantini.

Basel is the third largest city in the country and also the oldest university city in Switzerland. The city is found on both sides of the Rhine. Diverse cultures, art, and history converge in Basel.

One of the most famous landmarks in Basel is the massive market square, which gains unique character from its beautifully decorated red sandstone town hall. A cathedral with late Romanesque-Gothic architecture can also be seen here.

There are roughly 40 museums in Basel; this makes it the city with the highest museum density in Switzerland. Several of these museums are internationally-acclaimed. These include the Basel Art Museum, the Fondation Beyeler, the Jean Tinguely Museum, and the Museum of Cultures.

Basel is also the site of the Zoological Gardens, which features around 600 different species of animals. The animals live in an 11 hectare area that is found right in the middle of Basel.

Tourists will also have several places for relaxation in Basel. Some relaxation spots include the Botanical Gardens, the Rhine river banks, and several parks in the city. Another interesting activity option for guests here is to go on cruises on the Rhine.

The breadth of the waterfall is roughly 150 meters (492 feet); several hundred cubic meters of water go over the edge of the falls at a speed rate of 23 meters (75 feet) per second.

In the middle of the Rhine Falls stands a rock that has battled the waterfalls for around a thousand years. The rock can actually be visited by tourists, as platforms have been erected to take them near this rock, to watch the amazing spectacle of gushing water up close as they stand very near the roaring Rhine.

There are boat tours on the Rhine Falls that can take tourists to the castles of Wörth and Laufen, which are located nearby. More adventurous guests can rent canoes to go even closer to the waterfalls.

The Schloss Laufen complex, which opened in the area in March 2010, has added a visitors’ center, a playground for children, and an interactive exhibition featuring the Rhine Falls. The exhibition is named the Historama. 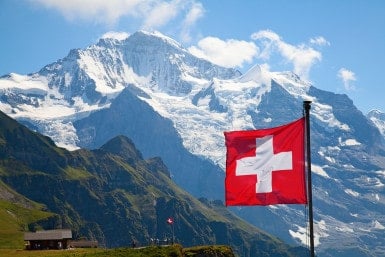 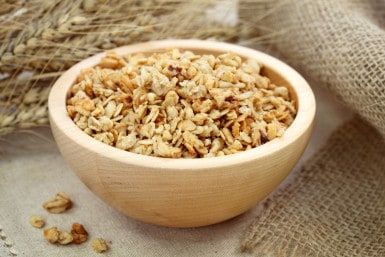 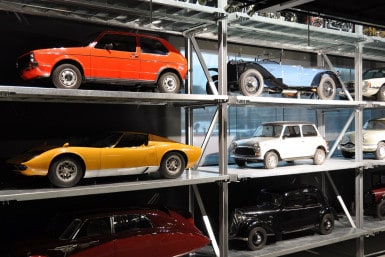