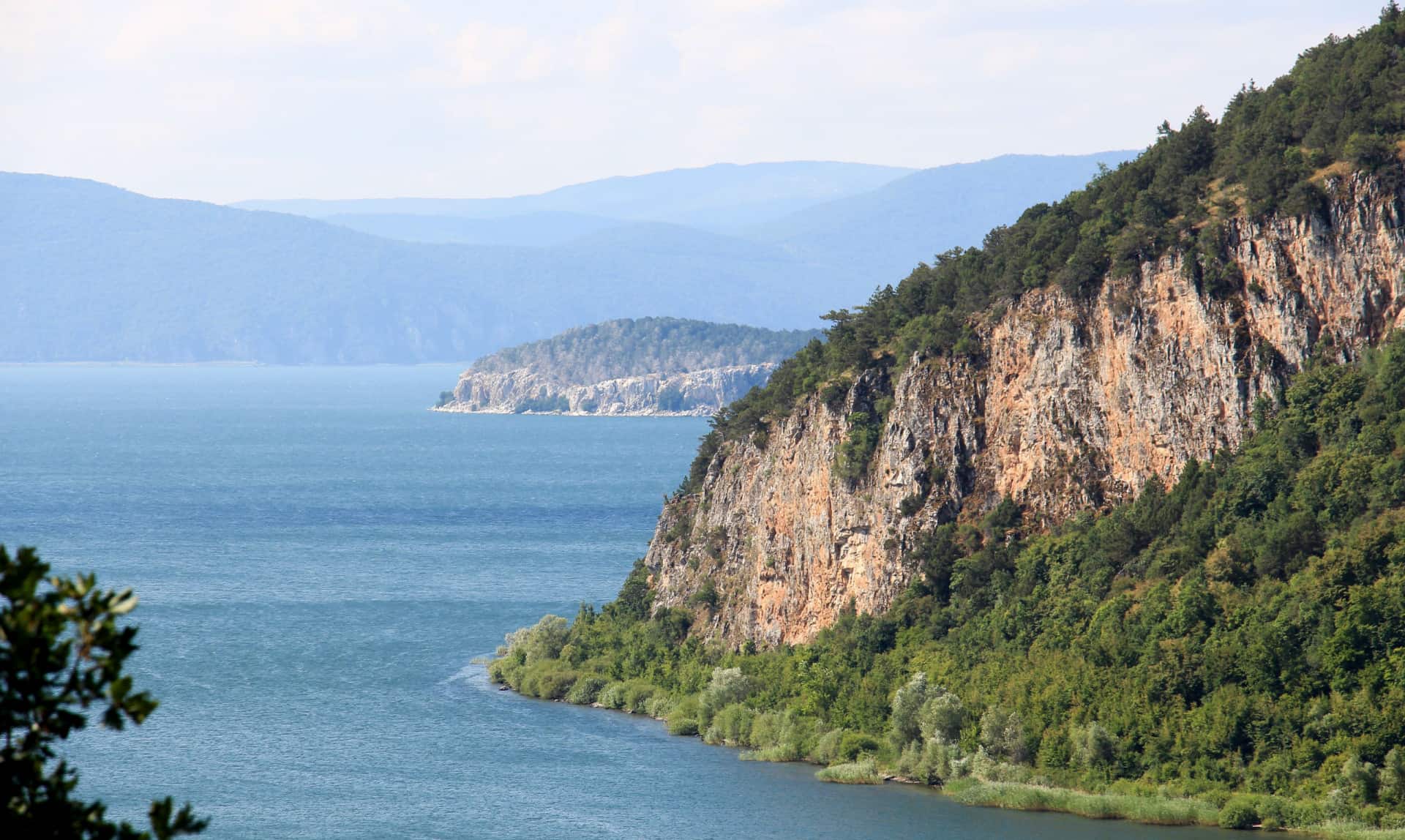 Ohrid is the cultural capital of Macedonia. Its designation as a UNESCO World Heritage Site highly speaks of its cultural value, historical significance, and innate beauty.

The name Ohrid actually refers to the city and the lake. The city ofOhrid, which lies on the lake’s fringes, is renowned for being the home of Christianity for the Slavic people and in fact was described as the Slavic Jerusalem.

Its Christian roots were highlighted by the 365 churches that stood in the city. The number has declined, but Ohrid is still a proud home to beautiful churches, which include the Church of St. Sophia, an important structure in Macedonia for having art and architectural samples from the Middle Ages, and the Church of Saint John at Kaneo that overlooks the lake.

Also showing off Ohrid’s history are archaeological sites and museums, all of which retell the city’s past with stunning visuals.

But what makes Ohrid a grandly beautiful city is the lake Ohrid itself. When the glassy lake comes into full view, everything fades into the background, leaving you endlessly fascinated by the sight of this oldest lake in Europe.

With a depth of 294 meters, the lake is also the deepest in the Balkans; and with a size of 358 square kilometers,LakeOhridcan be mistaken for a sea bay. Its blue water is home to a rich collection of flora and fauna and is a wonderful venue for different recreational and water activities.

Macedonia’s capital,Skopje is the country’s largest city and also its financial and political center. One look at Skopje reveals the history of Macedonia, because all over the city are distinguishable influences from the country’s historical periods.

Decorating the cityscape are Byzantine churches, Roman structures, Ottoman streets, and Turkish mosques. But despite having varied influences,Skopje doesn’t manifest an identity crisis; in fact, it has beautifully evolved into a culturally rich modern city, presenting itself as a worthwhile sightseeing destination.

Along the bank of Vardar River is the famous Old Bazaar, which, since the 12th century, has functioned as the center of commerce in Skopje. Here is where shops beautifully coexist with mosques and landmarks.

One of these landmarks is the Kale Fortress, a grand spectacle that was first built in the 6th century under emperor Justinian I and constructed further during the 10th and 11th centuries. Because it is located on the highest valley in the city, the fortress is the perfect place to view Skopje.

Equally interesting is the Stone Bridge. Built by emperor Justinian in the 6th century, this bridge is made of stone blocks and measures 214 meters long. It connects the Old Bazaar to the Macedonia Square, which is the main and biggest square in the entire country.

As capital, Skopje is home to a number of restaurants, hotels, shopping malls, and cinemas. It also hosts theater performances and concerts.

Covering an area of 73,088 hectares, Mavrovo National Park is a Macedonian treasure for its rich biodiversity, impressive landscape, and stunning bodies of water.

This explains why locals and tourists alike hold Mavrovo National Park dear to their hearts.

Dominating the scenery is Lake Mavrovo, the biggest artificial lake in the country. It has a large trout population and hosts a number of water activities such as boating and fishing.

Other than its very blue hue, what makes the lake even more interesting is the partially submerged church that you can find in it.

The scenery in Mavrovo National Park is enhanced by high mountains, namely, Deshad, Shara, Bistra, and Korab, which is the highest mountain in all of Macedonia. These peaks are popular skiing destinations.

In addition, you’ll find abundant forest on the mountains, the Radika gorge, the vertical cliffs, and the glacier lakes in the Alpine area. All of these contribute to the already captivating beauty of Mavrovo National Park.

The stone town in Kuklica creates a unique sight. Projecting from the ground are more than 120 stone pillars, which are called dolls because of their humanlike shape.

According to scientists, the stone pillars were formed ten million years ago after tectonic erosion. Water dissolved minerals, creating these ten-meter high pillars.

What’s interesting is that, as observed by the locals, new stone formations still appear every five to six years.

But that’s what science says. The local legends tell a different origin story.

One legend tells that the formations were actual people cursed to become rocks when an undecided man chose to marry two unsuspecting ladies.

Both weddings were to be held at different times on the same day. But when the second bride witnessed the first wedding, she cursed everyone, including herself and the groom.

The group, according to legend, turned into what we now call the Stone Town.

It is the country’s first national park, and it is also the second largest.

Pelister National Park boasts of a pristine splendor characterized by the green of the forests and peaks, and the blue of the waters. During snowy months, the place shows off a pure white beauty.

Pelister National Park is known for a lot of things. For one, it is the home of Pelister, the third highest peak in the country. At 2,601 meters, it towers over the other mountains in the park.

Flora and fauna within the Pelister National Park are also exceptional. The unique tertiary flora pine molica makes its home in it, while animals such as the roe deer, bears, eagles, and wild boars keep the environment solidly fascinating.

Providing an added charm are two glacial lakes called Mountain’s Eyes. The Big Lake, which is 2,218 meters above sea level, and the Small Lake, at 2,180 meters, stand out and create dazzling scenery with their sheer blueness.

PelisterNational Parkis also a great venue for hiking and skiing.

The Kolešino Waterfall creates a magical picture within the forested Belasica Mountain. Rushing from the Baba River, the water pours into streams and collects again toward the river for yet another tumble over the cliff.

While seated on a bench beside the stunning waterfall, or while standing on the wooden bridge right in front of the attraction, you can watch how the 19-meter waterfall drapes the rocks.

Even when you close your eyes, the waterfall will continue to appeal to your senses. Expect to be lulled by the rushing music of the water as you feel and taste the cold air and smell the scent of the forest.

If you want to witness the Kolešino Waterfall at its grandest, you can visit either during the snowy months, when the waterfall beautifully freezes, or in springtime, when the water mightily rushes down the cliff.

Stobi used to be the ancient town of the Paeonia kingdom. As a trade center and a trade route during the 3rd and 4th centuries AD, it prospered immensely and put up different impressive structures, some of which are still standing today.

It figures as a popular archeological site in the country, and it is easy to see why. Marble pillars, a Roman amphitheater, mosaic floors, intricate baptistery, and palace and basilica ruins cover the entire place.

Stobi can be reached by train or car. And when you arrive, you won’t only be treated to a view of the ruins. A view of the Macedonian plain will also complete your sightseeing adventure.

Lake Prespa lies southwest of Macedonia and is part of the Galichica National Park.

Covering 273 square kilometers, it is the second largest lake in Macedonia, but a third of it is shared with Greece and Albania.

The lake is a vast natural wonder, alternately displaying greenish and bluish hues.

Its raw beauty is even more enhanced by the diverse animal species thriving in the area. On the shore are gulls, black ravens, pelicans, and herons, while swimming underneath the water are fish species such as trout, carps, barbells, and chubs.

There are four ways to enjoy such a beautiful lake: gaze at the lake as long as you want, sail on a boat, have a guided trip around the lake – or do all three.

Struga is a peaceful and poetic town on the northern shore of Lake Ohrid. It has been overshadowed by the more upbeat city of Ohrid, but Struga maintains its curiously rustic charm.

The town owes a large part of its rustic appeal to Drin River, which flows from Lake Ohrid.

Struga is also called the City of Poetry for being the birthplace of the Bulgarian poet brothers Dimitar and Konstantin Miladinov, who not only authored the collection “Bulgarian Folk Songs” but also contributed to the preservation of Macedonian literary tradition.

It is also the yearly venue of the international poetry festival called Struga Poetry Evenings.

The town can be explored mostly by walking. Lining the streets are handcraft shops, cafes, and some old houses. Churches with old architecture, such as the St. George Church, also boost the beauty of Struga.

Other places of interest include Halveti Tekke, Miladinovci House, the Vangel Kodzoman gallery, and the Nikola Nezlobinski Nature Museum.

The Megalithic Observatory of Kokino was discovered only in 2001, but archaeological findings reveal that it was constructed sometime in 1800 BC, as a place to observe the movement of the sun and moon and celestial occurrences.

The ancient observatory covers a radius of 100 meters and is 90 meters in length and 50 meters in width.

Visiting Kokino is a unique experience because it gives you a glimpse into how the early people observed and understood the mysteries of the celestial region.

By observing the ancient markers in the venue, you can expand your knowledge of traditional observatory practices.

After validating the markers’ accuracy, NASA put Kokino in the list of Ancient Observatories in 2005.

In 2010, UNESCO designated Kokino as a World Heritage Site. 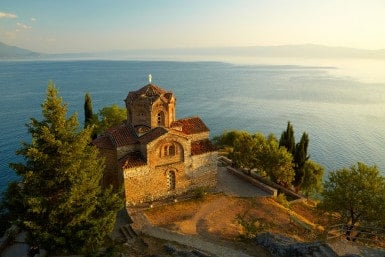 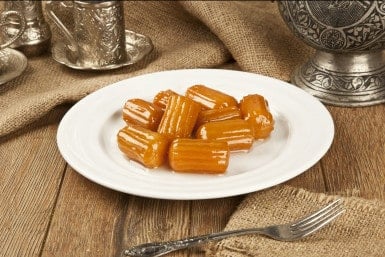 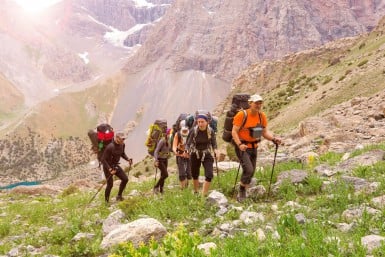