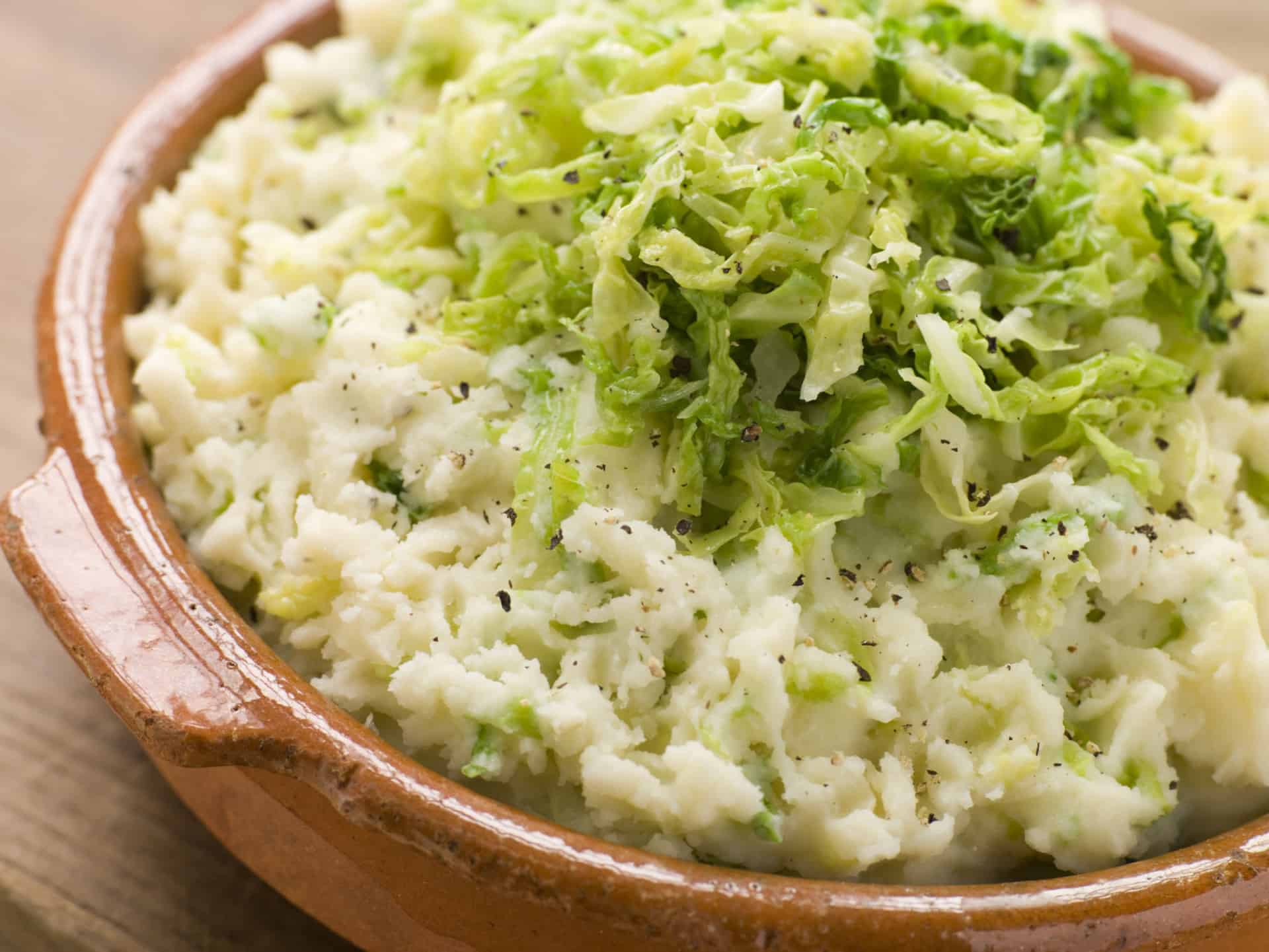 Many variations of the Irish stew have come up over the years, but the classic stew consists of boiled, almost-falling-off-the-bone mutton chops in a flavorful broth made of vegetable stock with potatoes and onions.

Some cooks add carrots, turnips and barley. These ingredients are boiled together slowly for up to two hours over an open fire.

In some parts of Ireland, Irish stews also have a little bit of stout beer – a recent development in the recipe.

Other recipe variations have the stew made up of other meats, such as beef, moose, or bison – but these are usually found outside of Ireland.

Colcannon is a traditional Irish dish made of cabbage or kale and potatoes.

The potatoes in colcannon are mashed and then mixed with butter, salt, pepper, and scallions. Some colcannon recipes have milk or cream, leeks, chives, and onions.

Colcannon is often paired with Irish bacon or ham. It is a staple food in Irish tables, often enjoyed during the winter season, when kale is plentiful.

The Irish have a tradition of serving colcannon with small charms inside. Any single girl who finds one of these charms would then place socks partly filled with colcannon and the charm at her front door. It is said that the first man to enter this door is the man the girl will marry.

“Skirts and kidneys” is a traditional Irish stew that came from Cork, a country off the southern coast of Ireland.

What is referred to as “skirts” can either be chunks of pork or trimmings from a pig’s rib cage and back. These are simmered in a pot of water, along with the kidneys, potatoes, onions, thyme, salt, and pepper for about two hours. Cornstarch may be added to thicken the sauce.

Skirts and kidneys is served with white bread to wipe one’s plate, as every bit of the dish is meant to be savored.

Bacon and cabbage is a common Irish fare, although it was even more popular during the days when the Irish people grew their own cabbage and pigs in their backyard. The dish is a healthy, hearty, and satisfying comfort food in Ireland.

To prepare bacon and cabbage, you need bacon and, of course, a head of cabbage. Boil the bacon for about an hour, then add the cabbage, and boil for twenty minutes more. Take them both out of the water. Slice the bacon, then serve with the cabbage and some mashed potatoes.

The Dublin coddle is an Irish dish made with flavorful bacon (rashers), sliced pork sausages, potatoes, onions, and barley.

The Dublin coddle is so well loved throughout Ireland that James Joyce had even made a reference to this stew in one of his works, and it is said the Sean O’Casey and Jonathan Swift both considered this dish a favorite.

The dish is cooked with very little water. The ingredients are boiled in a covered pot, retaining much of the ingredients’ natural flavors, so this dish needs very few seasonings, such as salt, pepper and parsley.

Coddle is usually enjoyed during the winter months. 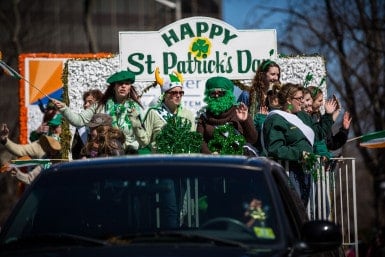 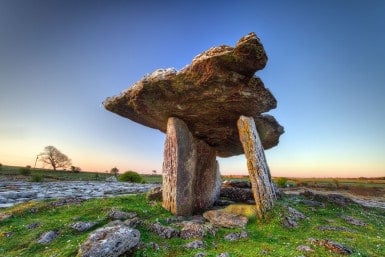