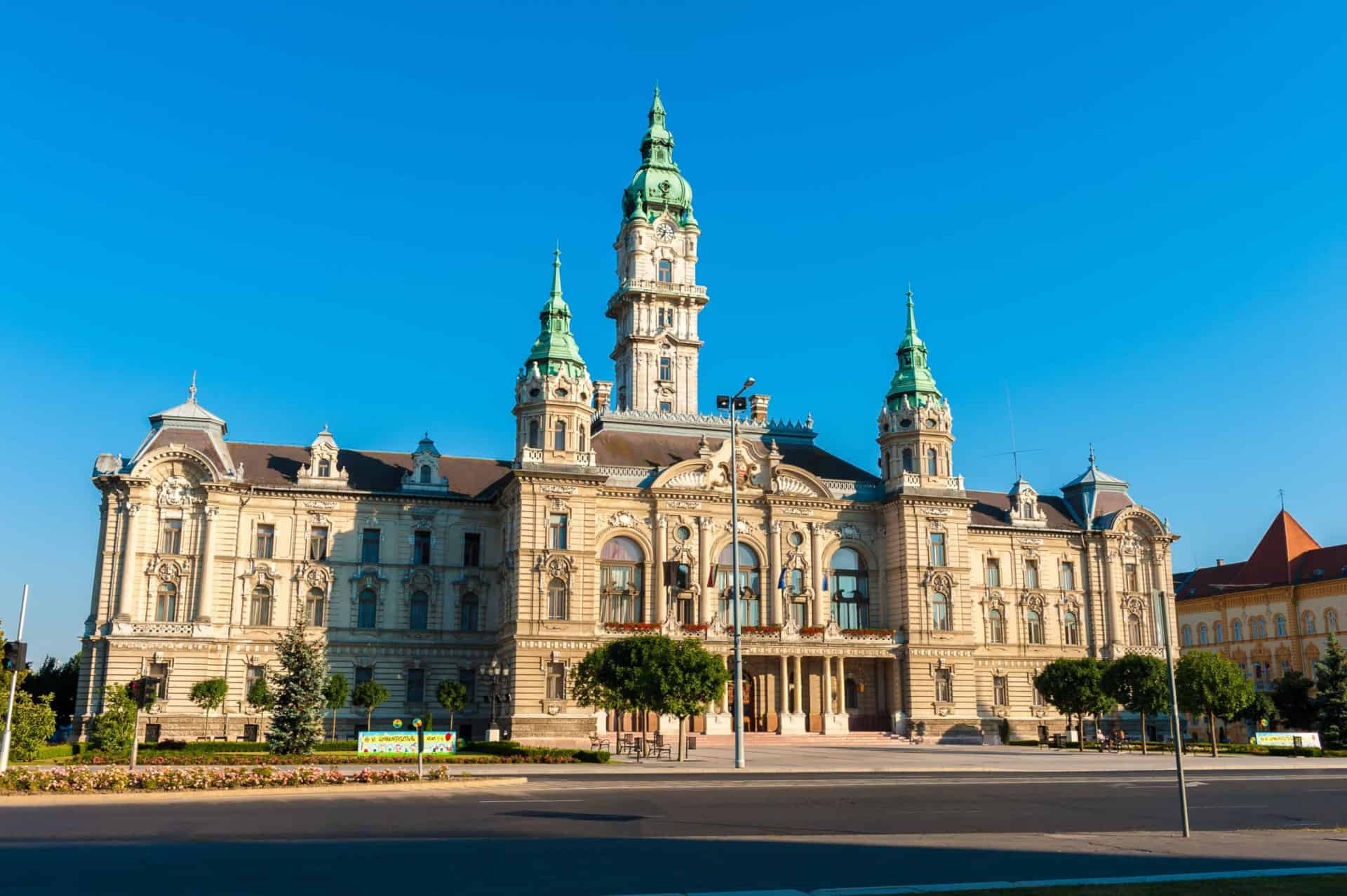 Where to go in Hungary

Budapest is the capital of Hungary. In this city, you will find the renowned Buda Castle, which sits on top of a hill overlooking the Chain Bridge and spires of Parliament. By evening, with all the lights aglow and with the moon reflecting on the waters, the sight is simply breathtaking.

An evening dinner at the Castle Hill is advised as the night brings out the best in this site.

Since Budapest is on the banks of the Danube River, many travelers choose to go on a daytime boat ride or cruise to get better feel of the innate beauty of the city.

Another great way to capture the view is by visiting the Fisherman’s Bastion, located around Mathias Church, which sits atop Castle Hill. The balcony, embellished with Gothic-inspired banisters and carvings, is another great location for viewing the Danube.

Lake Balaton’s name was derived from the Slavic term blato, which means “swamp.”

This lake has two shores. In the southern shore, you will find sandy beaches with shallow water, which is safer for family swimming. You could be 500 meters away from the shore and still not need to swim.

The northern shore is best for travelers who wish for seclusion in deeper waters, as the water here deepens more quickly – it could go beyond 6 feet just 30 to 50 meters from the shore.

Lake Balaton is the ultimate summer getaway, for there are many things you can do besides swimming. In the towns around the lake, you will find bustling activity: concerts, sports events, festivals, and nightlife.

Sailing, horseback riding, cycling, wind surfing, bungee jumping, water skiing, and kite surfing are among the activities in and around Lake Balaton that make this area a top vacation destination in the country.

Reaching a height of 58 meters (190 feet), the town hall of Gyor is the tallest building in the city.

This structure was created from 1896 to1898, with the intention of providing a Neo-Classical building during the emergence of modern Hungary.

During daytime, the town hall appears regal and somber, but when the sun sets and the lights are lit, the structure turns fairy tale castle–like, and the view becomes truly breathtaking.

The Gyor town hall can be found at the Varoshaza Square, just a few steps away from the Old Town.

True to the music-loving spirit of Hungary, this town hall invites and welcomes music lovers with a pipe organ in the main hall, occasional concerts and musicals, and the tower with the huge clock playing Hungarian music every hour!\

The Protestant Great Church in Debrecen is Hungary’s largest Protestant church, standing at a height of 61 meters (200 feet) and occupying 1,500 square meters (16,146 square feet) of land. It has a 5,000-person seating capacity. It also features one of the country’s largest bell towers.

The church has been in existence even during the Middle Ages. It has been destroyed by fire three times and has always been rebuilt.

Today, the Protestant Great Church is one of Debrecen’s most famous buildings. It is found at the center of the city and symbolizes Hungary’s entire Protestant Church. Some people like to call it the Calvinist Rome.

The National Theatre of Pecs is the center of arts in Pecs, Hungary. It was first opened in 1840, but the original building was demolished in 1890.

In 1895, the theater was rebuilt, but by the 1980s, it had deteriorated so much, it had to undergo massive renovation. The current building is a product of the reconstruction that was done in 1986.

The current building is a modern structure with a four-part sinking orchestra pit, a revolving stage, and air conditioning.

The National Theatre of Pecs is the home of the Sophianae Ballet and the theater’s opera company. Should you wish to view performances of these groups, you can buy advance tickets at the theater office.

The Wooden Church in Miskolc was originally built in the 1600s.

In the 19th century, a Miskolc citizen named Istvan Bato left in his will a large sum dedicated to the preservation of this wooden church, so in 1937, when the original church became too old, the congregation decided to use Bato’s money to tear down the old church and build a new one that is also made of wood, as was a condition in Bato’s will.

The new church was completed in 1938, but an arsonist burned it down in 1997. Mourning the loss of their beautiful church, the citizens set about to rebuilding a nearly identical one.

The new wooden church, which is the one standing now, was completed in 1999.

Inside, tulip-patterned pews, a richly carved lime-wood pulpit, and the stained glass windows charm all visitors.

A cemetery surrounds the church, and the premises are accessed through a gate named after Istvan Bato.

The 17.5 hectare University of Szeged Botanic Garden is filled with interesting collections such as the rose garden, the rock garden, and the arboretum. It showcases up to 5,000 kinds of plants.

The garden is near the famous Tisza River located on the southwestern part of Hungary. With the spectacular view of the water, a walk on the Botanical Garden can be a soothing and educational activity as one can relax and at the same time get to know rare plants and trees, including the oldest dawn redwood of the country, which is located right inside the garden.

Aggtelek is a village bordering Hungary and Slovakia, where the must-see cave of Baradla – one of the longest caves in Hungary – is found.

The place is rich in limestones and dark stalactites. In fact, it has some of the richest formations that can be found in Central Eastern Europe.

The cave can be confusing, as there are many passages that one can go into and out of. It has three entrances – the natural entrance in Aggtelek, and two additional man-made entrances near Josvafo and the Red Lake. For safety reasons, make sure to explore the site with a tour guide.

The duration and ambience of the tour can vary according to which entrance you choose. The trail from the natural entrance in Aggtelek leads you onto a lantern-lit pathway that takes five hours to navigate. You could also take the shorter trails from the man-made entry points. These trails take only 1 to 2 hours of walking, and they lead you along paved paths complete with railings and modern electrical lightings.

In Eger, you can find Eger Castle, a 13th century medieval structure that which holds the castle’s historical records, paintings, wax sculptures, and ancient vases.

October 17 is considered Eger Castle day in Hungary. This is a popular time to visit the castle because on this day, the castle tour is free of charge – there is no admission fee. Also, certain areas in the castle such as the Turkish Garden and King Imre’s grave, which are not usually open for the public, are opened to everyone on this day of the year.

Other sites to visit in Eger are the minaret, which you can enter and climb (not advised for those afraid of heights or closed spaces); the wine museum; and the Lyceum, whose observatory features a camera obscura that projects an image of the city, and a sun dial with a cannon that explodes every midday.

Sopron is an entrance way into Hungary for the country’s neighbors in the west. The city is filled with welcoming and hospitable people brimming with loyalty and pride for their hometown.

A tour of Sopron will lead you to the Firewatch Tower and the Gate of Faith, two of the city’s icons.

The Ursuline Church is an impressive structure preserved from the last century. The Goat Church was the site of parliamentary sessions and even royal coronations.

Not far from the city, you will find the calming forests of Loverek and the picturesque Lake Ferto.

In addition to being Hungary’s gateway, Sopron is also one of the country’s top winemaking regions. It is one of the few areas in Hungary where both red and white wines are made.

Some of the city’s best-known products are its Pinot Noir and Blue Frankish wines. Those who have a thirst for noble wines can certainly quench that thirst here. 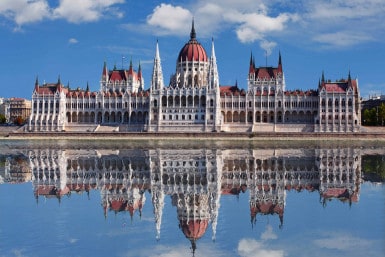 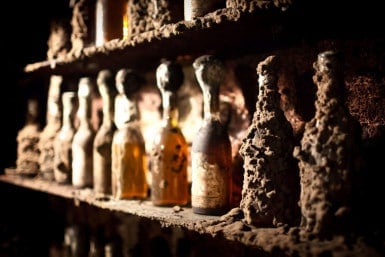 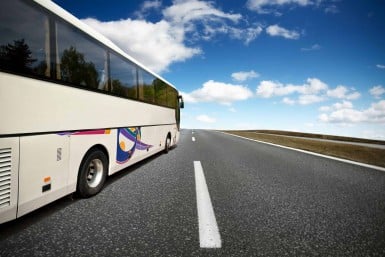 What to do in Hungary