Nuuk is the capital of Greenland and was founded in 1728 by a missionary named Hans Egede. The first settlement he established was in the Isle of Hope, an inlet near the peninsula where the present town is now located.

With a population estimate of around 16,000, Nuuk is among the least populated capitals in the world. Where the town ends, the roads cease to go, and beyond is a field of rock and ice that stretches on forever.

Nuuk is where the old embraces the new, and there are great sights to see in town. It is home to the University of Greenland, and the Katuaq and the National Museum serve as repositories of Greenlandic culture and heritage.

Past the old buildings along the colonial harbor, including a cathedral built in the 1800s, is the great marketplace. This is where the catch of the day is sold, and for a keen observer, it is where the real Greenland begins.

With an ice-free harbor even in winter, and an airport serving the northern settlements, Sisimiut is regarded as Greenland’s gateway to the Arctic Circle.

The town was inhabited by various peoples in its history. The Saqqaq established their first settlement 4500 years ago. Next to arrive were the Dorset people from Canada. Finally, the Thule, who came with their sophisticated tools and weapons, thrived in the region longer than the two earlier tribes. The remnants of their culture are preserved in the Taseralik Cultural Center, which is a place to visit in town.

Aside from having the second oldest church in Greenland, Sisimiut’s closeness to the ice fields makes it a popular destination for dogsledding.

The great fertile plains of Narsarsuaq have always been ideal for farming. For this reason, generations of Norsemen settled in the area. They left behind splendid ruins of longhouses and a replica of Greenland’s first Christian church in Brattahlid.

The great Viking explorer Erik the Red also had an estate here.

Narsarsuaq appeals best to hikers. Glaciers can be reached by foot through a scenic flower valley. If you have a penchant for geology, keep an eye out for crystals. Minerals appear in abundance and can be found between layers of rock.

Kangerlussuaq was once home to an American airfield with a cryptic-sounding name, Bluie West 8. After the airfield fell into disuse, Bluie West 8 was turned over to the Greenland home government in 1990. Nowadays, the most advanced airport in the country serves as a staging area for dozens of personnel manning scientific stations and remote posts scattered along Greenland’s eastern expanse.

Kangerlussuaq’s clear skies and relatively stable weather make it an ideal place for dogsledding. With the airport town just a stone’s throw away from the western edges of Greenland National Park, pack some camping gear and provisions for a night or two, the spectacular northern lights await.

The southernmost town in Greenland boasts of scenic fjords, woodlands that bloom in summer, and polar bears that occasionally pass through the town’s fringes in search of food.

There is much to see in Nanortalik, including a wooden church built in 1916, an open-air museum preserving an ancient Norse settlement, and dozens of sheep farms that actually exist in Greenland.

However, the biggest reason for globetrotters, especially mountain climbers, to descend to Nanortalik, is scaling up mountains whose steep peaks and vertical walls of Tasermiut Fjord could put even the professional climbers to shame.

Cut off from the rest of the world, and from Greenland itself, Tasiilaq distinctly developed its own culture and language from the rest of the island. The town, regarded as the largest in Eastern Greenland, was only settled by Europeans in 1894. Before their arrival, the Inuit were the original inhabitants, who lived on fish, myths, and legends.

Tasiilaq is located on a big island called Ammassalik. It is situated on a fjord and is surrounded by mountains. The flower valley behind the town can be reached by a hiking trail, and is known to feature unique flora worth discovering.

You can explore the town on foot, and while modern amenities are available, keep in mind that beneath the veil of civilization lie the survival instincts that allowed the people of Tasiilaq to thrive in isolation.

Ilulissat is one of the more popular destinations in Greenland. The town is located at the mouth of a 60-kilometer ice fjord. Within this fjord is a glacier that drives the annual march of icebergs toward Disko Bay.

During summer, massive icebergs with the size of small islands break off from the glacier. Although their movement is hindered by tides and occasionally wrong positioning, they still make their way to the sea, at times passing through the town like ocean liners that have just left the port.

Declared in 2004 by UNESCO as a World Heritage Site, the Ilulissat Icefjord, as well as the massive icebergs, attracts tourists all over the world.

Not far from Ilulissat is the Sermermiut Valley, whose recent excavations indicate a thriving 18th-century settlement, which was said to be the largest village in Greenland during its time.

In summer, there are less than 400 people living in this vast expanse, scattered over six science, civilian, and military outposts. The population drops to less than 50 during winter.

What the Northeast Greenland National Park lacks in people, the animals make up for in abundance. Thousands of musk ox are found along the coastal areas. There are also other mammals such as polar bears, walruses, arctic foxes, seals, narwhals, beluga whales, and arctic hares.

While there are very few people who actually set foot in the park, just to be at its fringes in Ittoqqortoormiit makes you feel as if you have reached the end of the world.

The fact that supply ships dock at Qaanaaq only twice or thrice a year will already make you feel the remoteness of the place. In this town, where the sun never sets more than five months in a year, hunting is still a way of life.

Qaanaaq’s closeness to the North Pole, as well as to the American continent, gave it a place in history. In 1909, the American explorer Robert Peary attempted to reach the North Pole from this town. Knud Rasmussen’s polar expeditions also departed here, and in the past centuries, Inuit migrants from Canada made stopovers in Qaanaaq before resuming their journey.

Qaanaaq is known for its arts and crafts, and those purchased directly from artisans are considered of the finest quality.

Qaqortoq is the largest city in Southern Greenland. It is also regarded as one of the most charming and tourist-friendly places in the country.

Close to the harbor are several historic buildings that offer a glimpse of the town’s glorious past. There is a black-tarred log building that dates back to 1797. The Our Savior’s Church was built in 1832. Greenland’s oldest fountain is also found here.

The Stone and Man exhibit commissioned in the early 1990s aims to transform Qaqortoq into an open-air art gallery with around 30 sculptures carved into rock faces and boulders scattered around town. 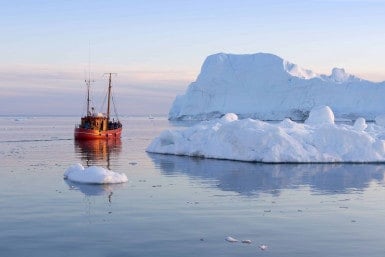 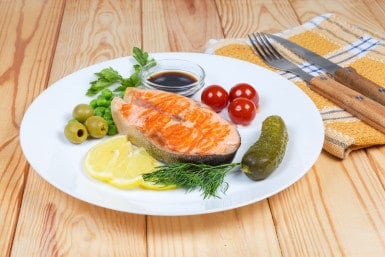 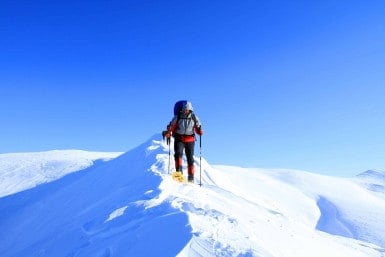