Santorini needs no introduction as it has been widely featured in travel literature and film. Also known as Thira, Santorini is a group of islands dotting the southernmost area of Cyclades. Often hailed as the jewel of the Aegean Sea, crescent-shaped Santorini is a famous spot for weddings and honeymoons with its paradise-like scenery.

Considering that the Santorini islands were formed by great volcanic eruptions in the past, one can only wonder in amazement at Mother Nature’s handiwork.

The picturesque town of Fira is the capital of the island, which appears like a painting on the tip of the caldera. Fira serves as the balcony of Santorini, offering visitors unrivalled views of the active volcano in the middle of the sea.

The iconic blue and white houses provide Santorini its popular landmarks. Take a dip in the warm volcanic beaches of Armeni and Ammoudi for that quintessential Santorini holiday. Don’t miss the chance to view the glorious sunset from the village of Oia, a daily tradition that mesmerizes both locals and tourists.

Delphi, tracing its roots back to 1400 BC, was the holiest place in Ancient Greece and  home of the famed Oracle. Believed to be the center of the world, Delphi became the refuge for those who sought divine guidance for their daily undertakings. Today, the ruins of Ancient Delphi are still a sight to behold.

The historical site’s main attractions are the two sanctuaries erected in honor of Athena and Apollo. Heralding your entry to the area is the Sanctuary of Athena Pronaia where the remains of the temples for the goddess stand. The Sanctuary of Apollo was an integral part of Ancient Delphi because it housed the enclosed quarters from which the priestess delivered the oracles.

You will also encounter a gymnasium and the Castalian Spring. Back then, visitors from Athens cleansed themselves with the water from this sacred spring before seeking the Oracle’s help.

Spend the night in any of the small hotels in modern Delphi town if you want to discover more of this historic mystical place.

Thessaloniki is yet another cultural treat for the visitor. This Central Macedonian city is the second largest city in Greece next to Athens. Located in the northern part of the county, Thessaloniki takes pride in its array of monasteries, churches, monuments, and mansions, reflecting the many civilizations that have risen and fallen through the centuries.

Among the ancient sites found in Thessaloniki is the Ancient Forum – a complex of porticoes, squares, baths, and temples. The Palace of Galerius Maximianus, dating back to 4th century AD, is another historic place of interest you might want to see. Another monument to the past emperor is the Triumphal Arch of Galerius.

Thessaloniki’s Byzantine churches will no doubt provide thrills for architecture buffs, whereas the great White Tower from the Ottoman period is the city’s iconic landmark. There are Turkish bathhouses as well that were constructed as early as the 15th century.

It’s not all historical grandeur for Thessaloniki as you’ll find out by taking a short drive to Thermaikos Gulf. Beaches, such as Aretsou, Perea, and Angelochori, offer leisure options like swimming and a great selection of water sports.

Rhodes is one of the Dodecanese islands tucked in the southeastern part of the Aegean Sea. Blessed with year-round sunshine, Rhodes is the epitome of a Greek holiday island. It is one of the prominent beach destinations with its endless coastline.

Many attributes create an attractive reputation for Rhodes. From its medieval architecture to a bustling nightlife, the island serves up an insatiable menu for an action-packed vacation.

Walking around Rhodes unravels a number of splendid castles, temples, and fortresses that were left behind by the Romans, Venetians, Turks, and Crusaders. Old Town, one of the biggest medieval towns found in the continent, offers the majestic spectacle that is the Palace of the Grand Master – a Byzantine fortress in the 7th century AD. Explore the cobblestone streets and visit the Archaeological Museum for a taste of the island’s history.

Most tourists frequent the resorts of Paradisi, Ixia, and Trianda. Lardos and Glystra beaches located in southern Rhodes have fewer visitors if you want a quiet holiday.

Corfu makes for an interesting study of a Greek island with more evident influences of the West. History points out that the first Greek university and the first Philharmonic Orchestra were established in this part of the Ionian Islands. Due to the settlements of the British, the French, and the Venetians, Corfu has gained a multi-cultural heritage.

Old Town is a UNESCO World Heritage Site noted for its showcase of architectural highlights such as Baroque, Renaissance, and Classical styles. Have fun and lose yourself in the narrow cobbled streets and get that unique feeling of walking into a living museum. Then, sit down for a cup of coffee in one of the cozy cafes in Liston, an old haunt for the well-heeled townsfolk of Corfu.

Among Corfu’s impressive landmarks is the Church of St. Spyridon, which has an immense bell tower looking over the whole town. The island’s museums are world-class in their own right, with the likes of the Museum of Asian Art and Archaeological Museum. The Museum of Dionysios Solomos offers visitors a look into the national poet’s legacy and works. 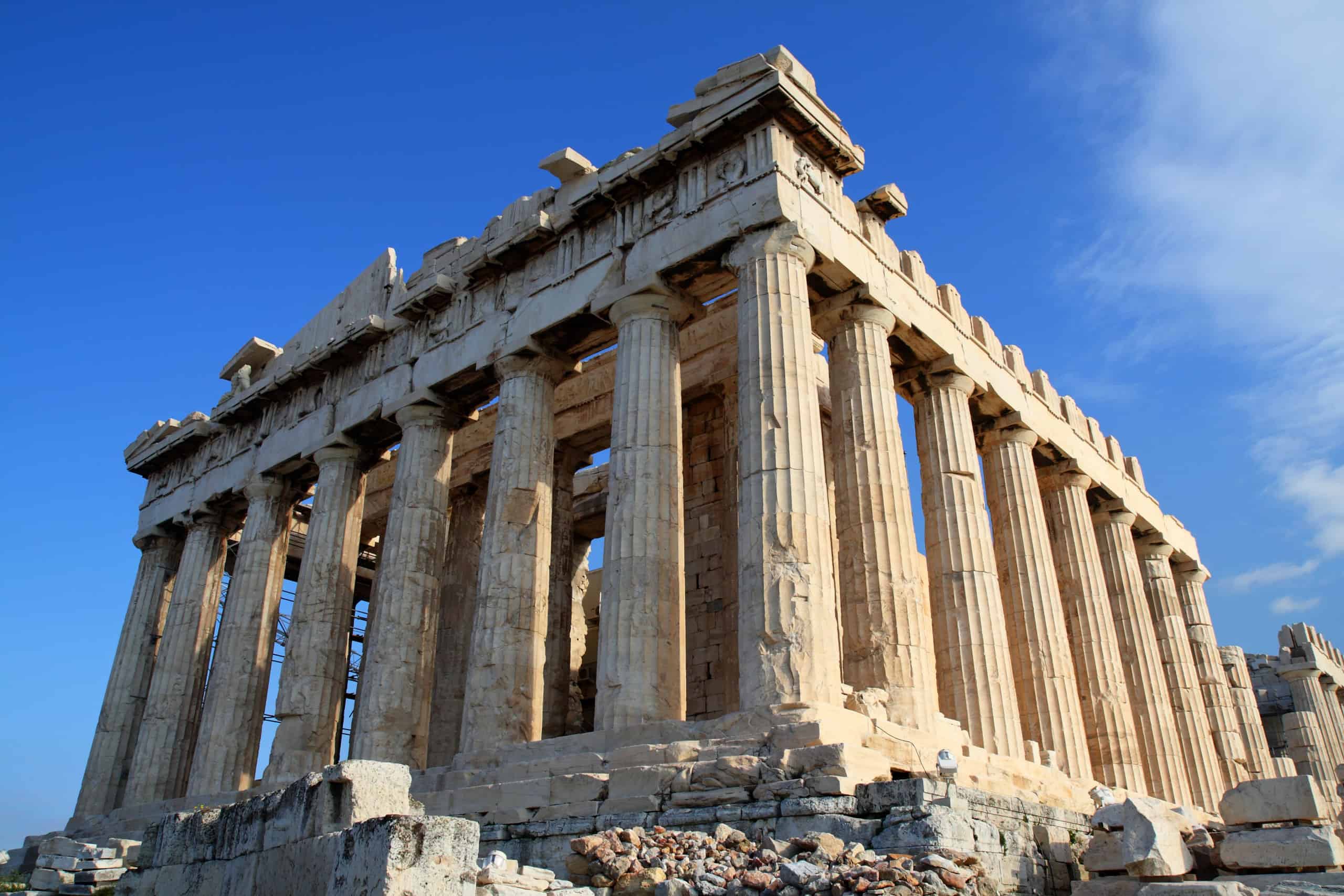 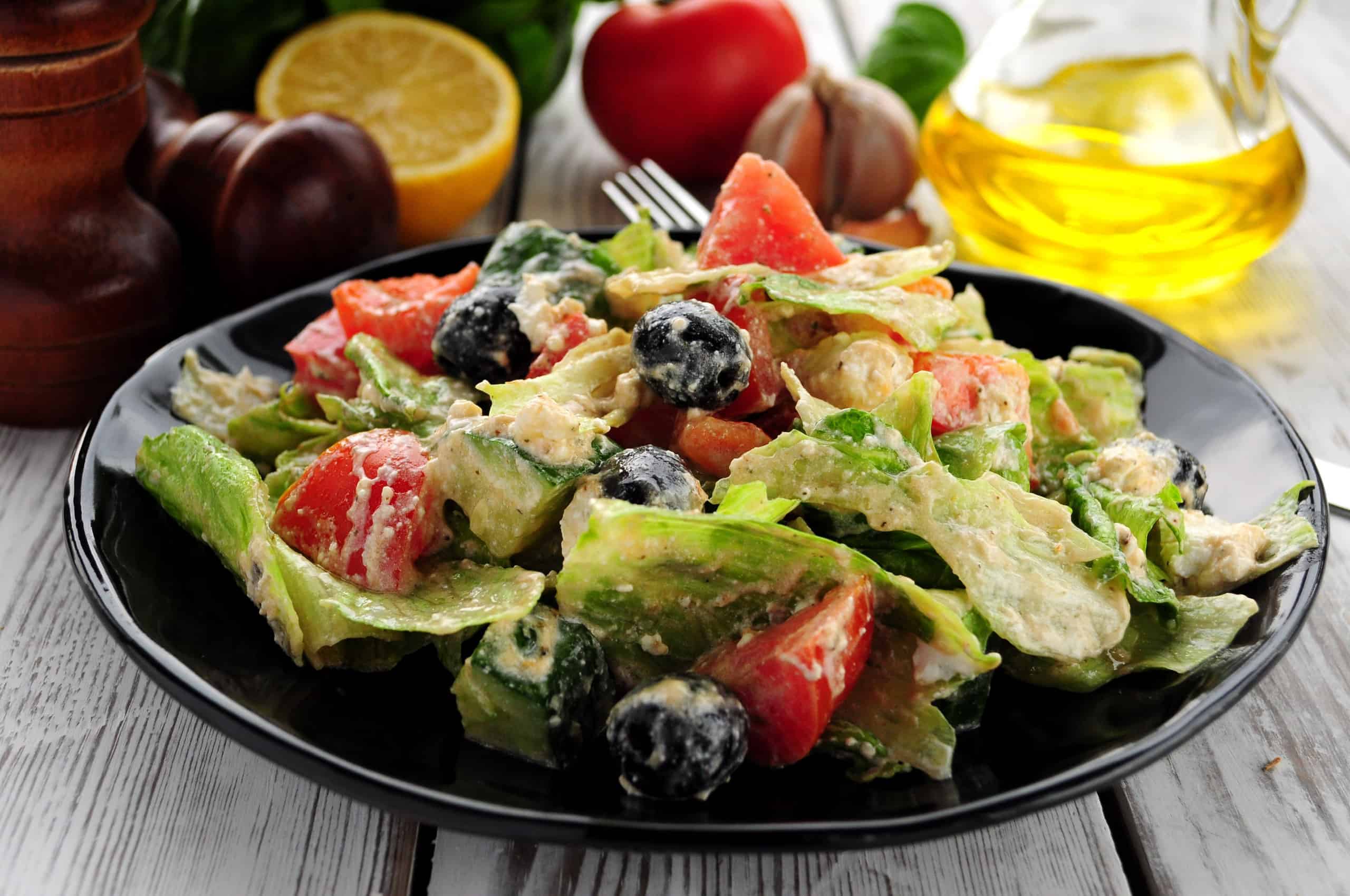 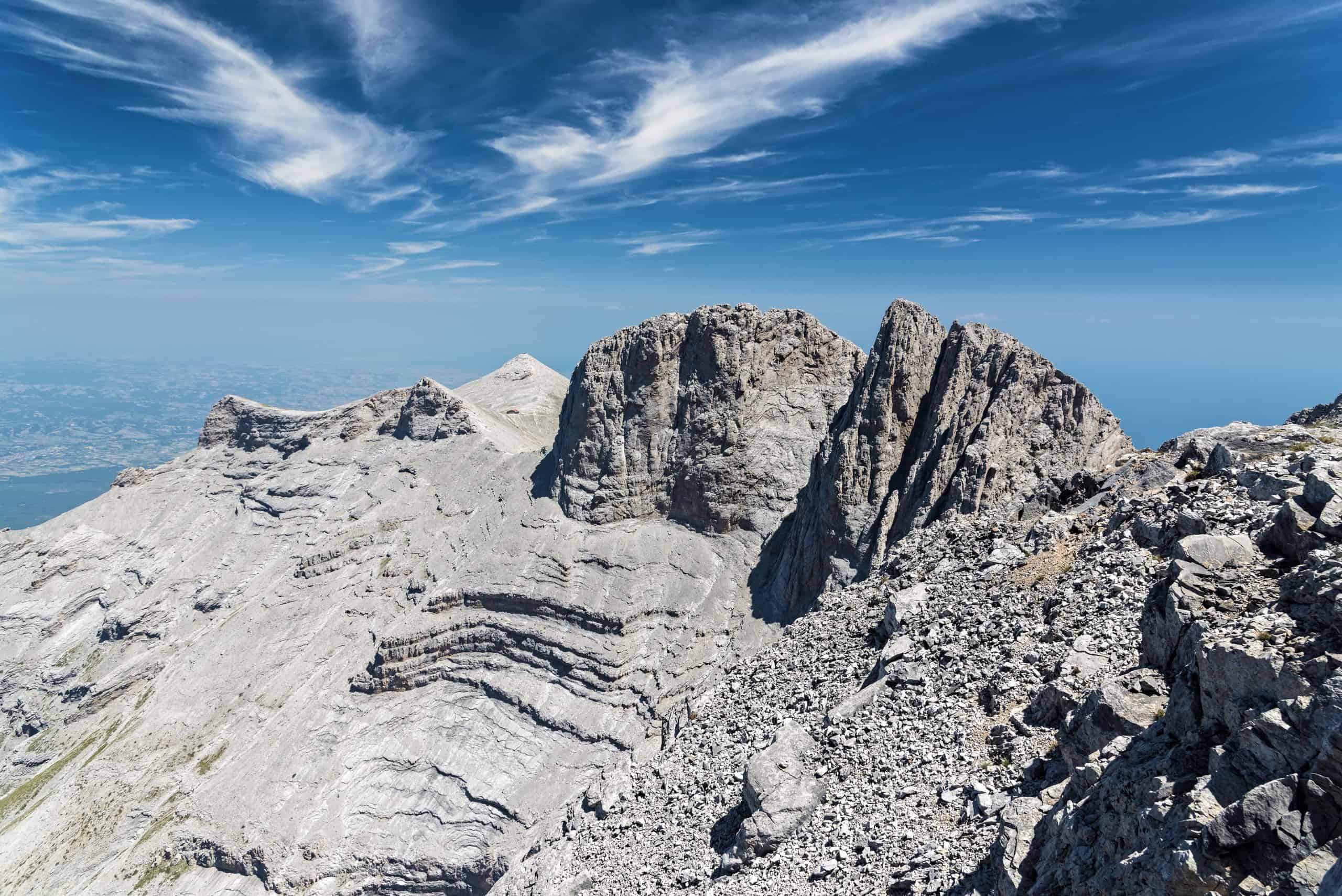 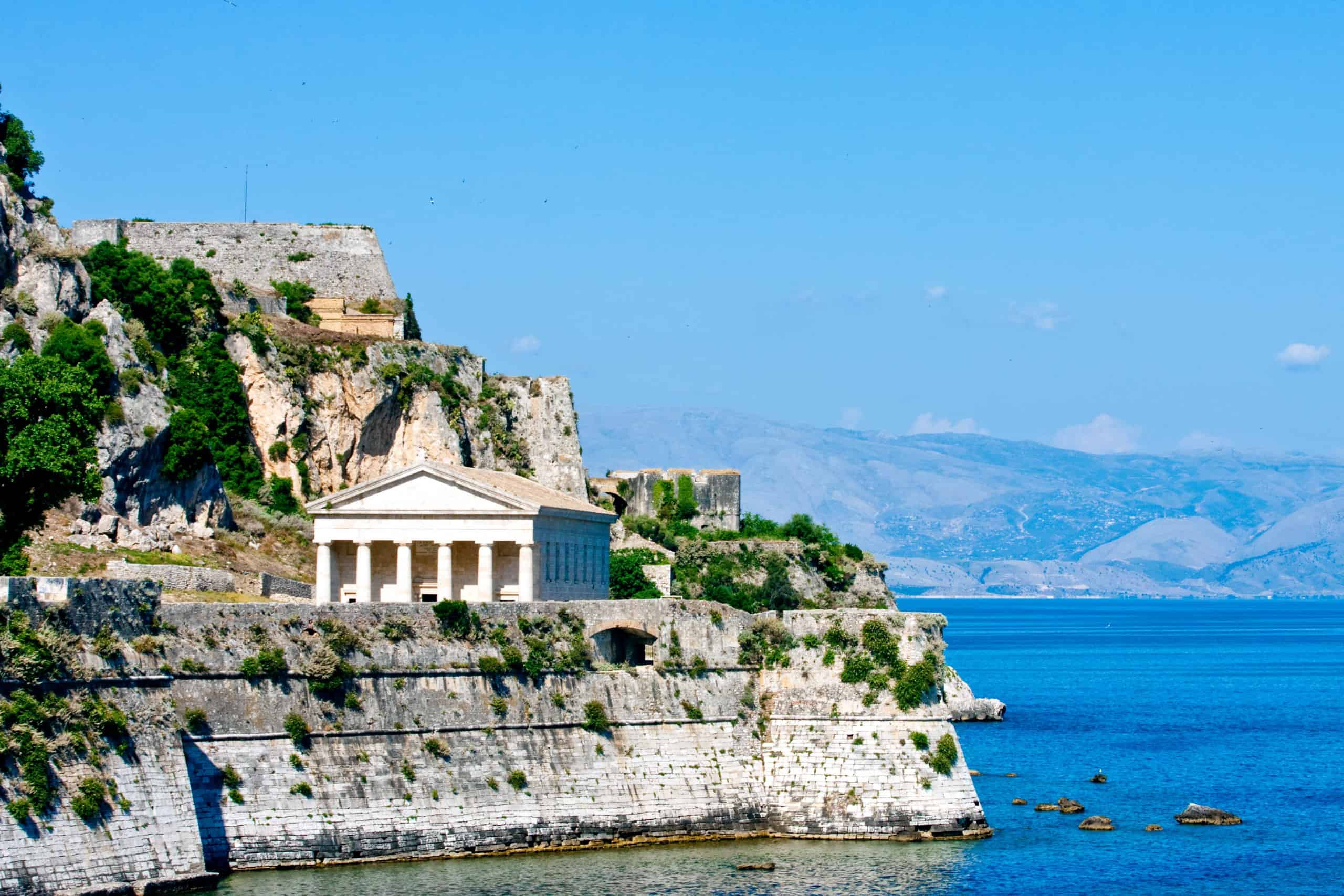 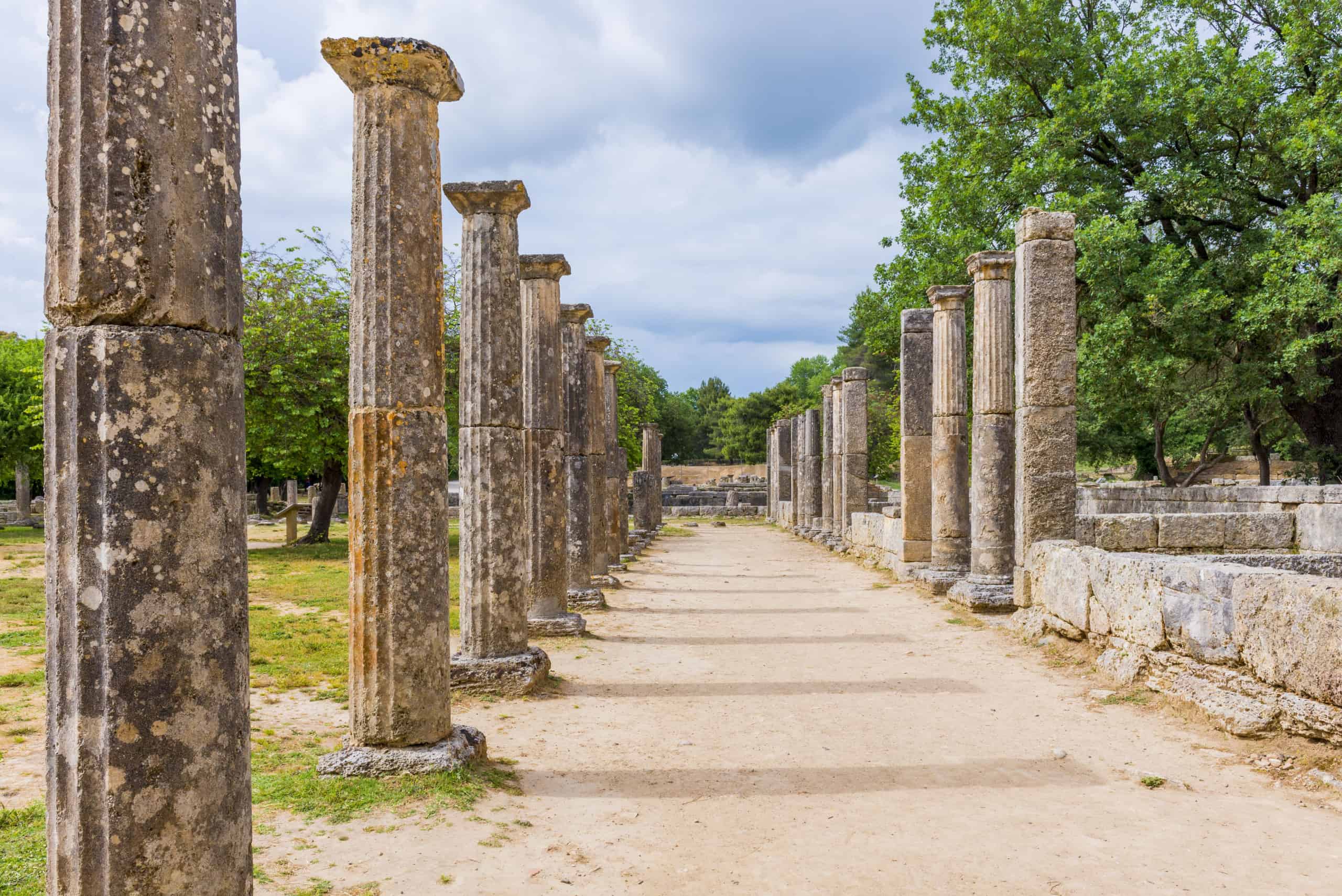