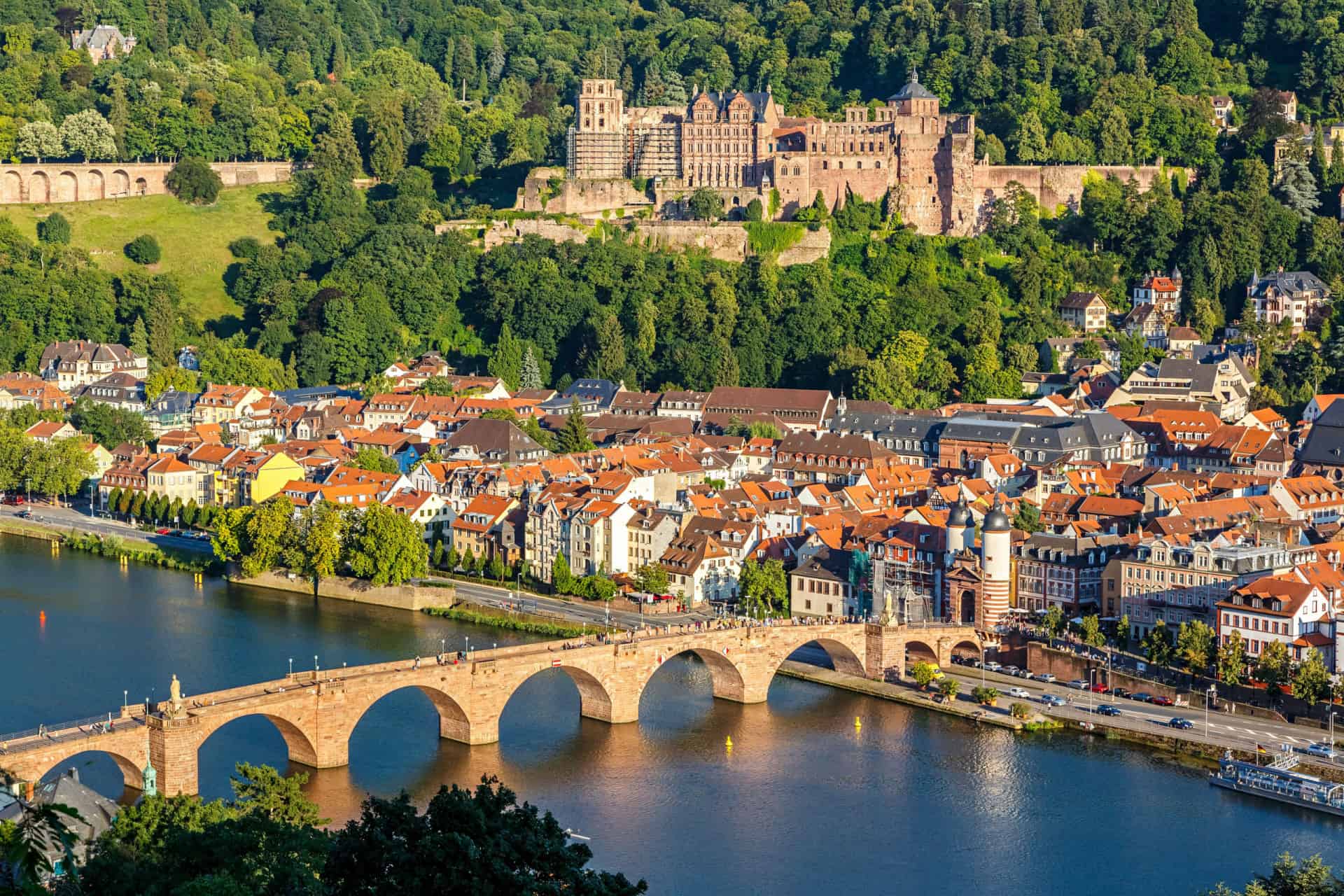 Heidelberg is visited by a great number of tourists throughout the year, due to the different events held in this city all year round.

One of the most popular events in Heidelberg happens during February. It is called the Ball of the Vampires, or Ball der Vampire. This is a big vampire-themed party, where all attendees are required to look like vampires. The ball is held annually either at a local castle or at the city hall.

The Mannheim-Heidelberg International Film Festival also takes place here in Heidelberg every year, in the month of November. At this annual event, newcomer directors come together to showcase their work to the international community.

And at the end of the year, people come together at a Christmas market. A favorite Christmas (or even all-year) gift in the city is the Studentenkuss – “student kiss” in English – a disk-shaped chocolate that is a favorite among visitors and locals alike.

Despite its name, the Romantic Road wasn’t originally created to be a road where lovers and newlyweds hang out. In the Middle Ages, it was unromantically used as a trade route.

Still, this 261-mile road between the Alps foothills and Wurzburg has become one of the favorite places for tourist to go if they want a scenic road trip, for the road passes through monasteries, towns with timber houses, lush green parks, courtyard restaurants, and lengths of pristine nature.

You will also see a lot of old castles, such as the Schloss Neuschwanstein Castle and the Harburg Castle, along this route.

Or stop by the towns on the way and experience their charm. Some of the best towns to visit are Dinkelsbuhl, Nördlingen, and Rothenburg ob der Tauber.

The Cologne Cathedral is a perfect example of Gothic architecture. In fact, it has been listed as one of Germany’s UNESCO World Heritage Sites.

The Cologne Cathedral is the seat of the current Archbishop of Cologne, Cardinal Joachim Meisner. It was the world’s tallest establishment from 1880 to 1884.

Aside from the unique architecture, the Cologne Cathedral is also visited by tourists because it holds within itself the Shrine of the Three Kings. This work of art is a gilded sarcophagus which was believed to date as early as the 13th century and is said to hold the skull remains of the famed three kings, or the three wise men, who visited Jesus in the manger when he was newly born.

Other famous sculptures found inside the cathedral are the Gero-Kreuz, which is one of the earliest known free-standing sculptures of the medieval period; the Mailänder Madonna, a wooden sculpture of the Blessed Virgin Mary and the infant Jesus; the miraculous Jeweled Madonna; and relics of Saint Irmgardis, a countess who lived a simple solitary life after giving her wealth away to churches, hospitals, and the poor.

The Neuschwanstein Castle was built for King Ludwig, who wanted a refuge, a world of his own, far from the prying eyes of the public.

However, the castle was opened to the public seven days after King Ludwig II’s death in 1886. Today, the castle is visited by almost 1.3 million tourists per year and is known worldwide as the Castle of the Fairy Tale King.

Peak season happens in summer. Tourists come to see all the rooms which were once inhabited by a single person.

Many think that King Ludwig II used public funds to build his castle, but the truth is, the king used his own money, with the help of extensive borrowing from friends and family.

Today, this castle in Bavaria, Germany, is a popular setting for Hollywood movies. It also inspired the Sleeping Beauty Castle popularized in the well-known Disney movie “Sleeping Beauty.”

The Black Forest ­­– locally known as Schwarzwald – was first dubbed by the Romans as Silva Nigra because the large trees in the forest blocked almost all light from coming into the forest.

The Black Forest in Baden-Wurttemburg is one of the most popular tourist destinations in Germany. Authentic German cuckoo clocks are made from timber gathered from this forest.

The city of Baden-Baden, which is considered the gateway to the Black Forest, is popular with tourists because of the numerous therapeutic bath houses found there.

The nearby town of Triberg is home to the world-famous Black Forest cakes. It is also arguably the best place in the world to buy German cuckoo clocks.

Each year, certain plots of land in the Black Forest are selected and cleared of trees. After the clearing, new trees are planted to replace the trees that were cut.

The lumber taken from the Black Forest will then be used to create world-class wood carvings, which can be purchased in all the nearby towns.

No trip to Germany can be complete without a visit to Germany’s capital, Berlin.

The capital is a mixture of modern and old Germany. Its serene daytime streets give way to wild nightlife in the evening hours. This is the German city that does not sleep. There are numerous restaurants and bars found all across it; some of the best can be found on Oranienburger Strasse.

For those who love castles, you can visit one of the most popular castles in Germany – the Charlottenburg Palace, which was built by Kurfürst Friedrich III (who later became Prussia’s Frederick I) for his wife Sophie Charlotte of Hanover.

After visiting the Charlottenburg Palace, tourists can also visit the six museums located right across the palace park.

Germany has a rich history, and for history buffs, Munich is definitely the place to visit.

For your first stop, you can drop by the Dachau Concentration Camp Memorial to revisit one of the Nazi concentration camps from World War II days. It is said that almost 43,000 people died at this camp.

Afterward, to wash the morbid cloud of death from your mind, art enthusiasts can visit the Neue Pinakothek and see the three big art galleries with paintings from the 18th and 19th centuries.

Or you can literally wash your troubles away with excellent German beer by visiting Hofbräuhaus, where it is Oktoberfest every day.

Or you can distract yourself with an exciting game of football. Drop by the Allianz Arena and watch a game in one of the most beautiful football fields in the world.

For those looking for an escape from the hustle and bustle of travel, you can drop by Lake Constance.

This lake is bordered by three countries: Germany, Austria and Switzerland. Half of the shoreline of Lake Constance is found in Germany.

The beauty of the place makes it an ideal spot for those who want to just relax and rest their travel-weary limbs.

But Lake Constance isn’t just about relaxing, for the area offers water sports as well, for those lakeside relaxers who suddenly get the itch to do something active once more.

You can also visit baroque churches, museums, and old castles around the lake. And of course, there are quaint little stores nearby where you can shop for souvenirs.

After Munich and Berlin, the next city you need to visit is Frankfurt, the heart of modern Germany.

Frankfurt is the most Americanized city in the country. For dinosaur fans, Frankfurt is a mandatory part of their itinerary, for in this city is found the Senckenberg Natural History Museum, which houses a huge collection of dinosaur bones, from the ferocious Tyrannosaurus Rex to the tiny trilobites.

On the other hand, the Cathedral of St. Bartholomeus, which was the coronation site of numerous Roman emperors, and the Museum of Modern Art are the places to see for art and human history buffs.

When you visit Germany, make sure you take some time out to see the romantic wine valleys, for they boast not just of good wine but also fine food, great scenery, and of course, more German castles!

The best time to go is immediately after autumn harvest. Autumn wine festivals at the Rhine Wine Valley are visited by hundreds of tourists every year. Here, you can do wine tasting, go dancing, and watch parades and fireworks. Post-harvest season is a big celebratory time in these regions. 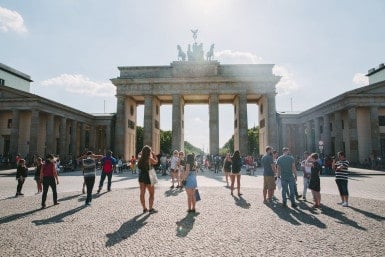 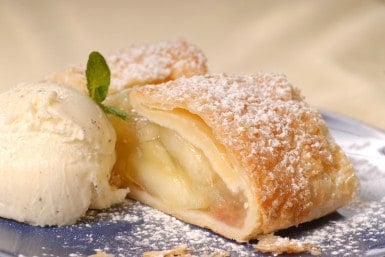 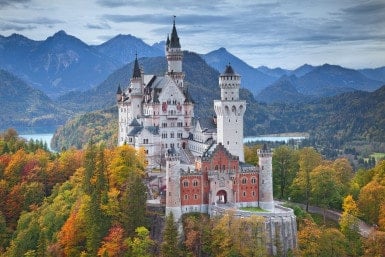