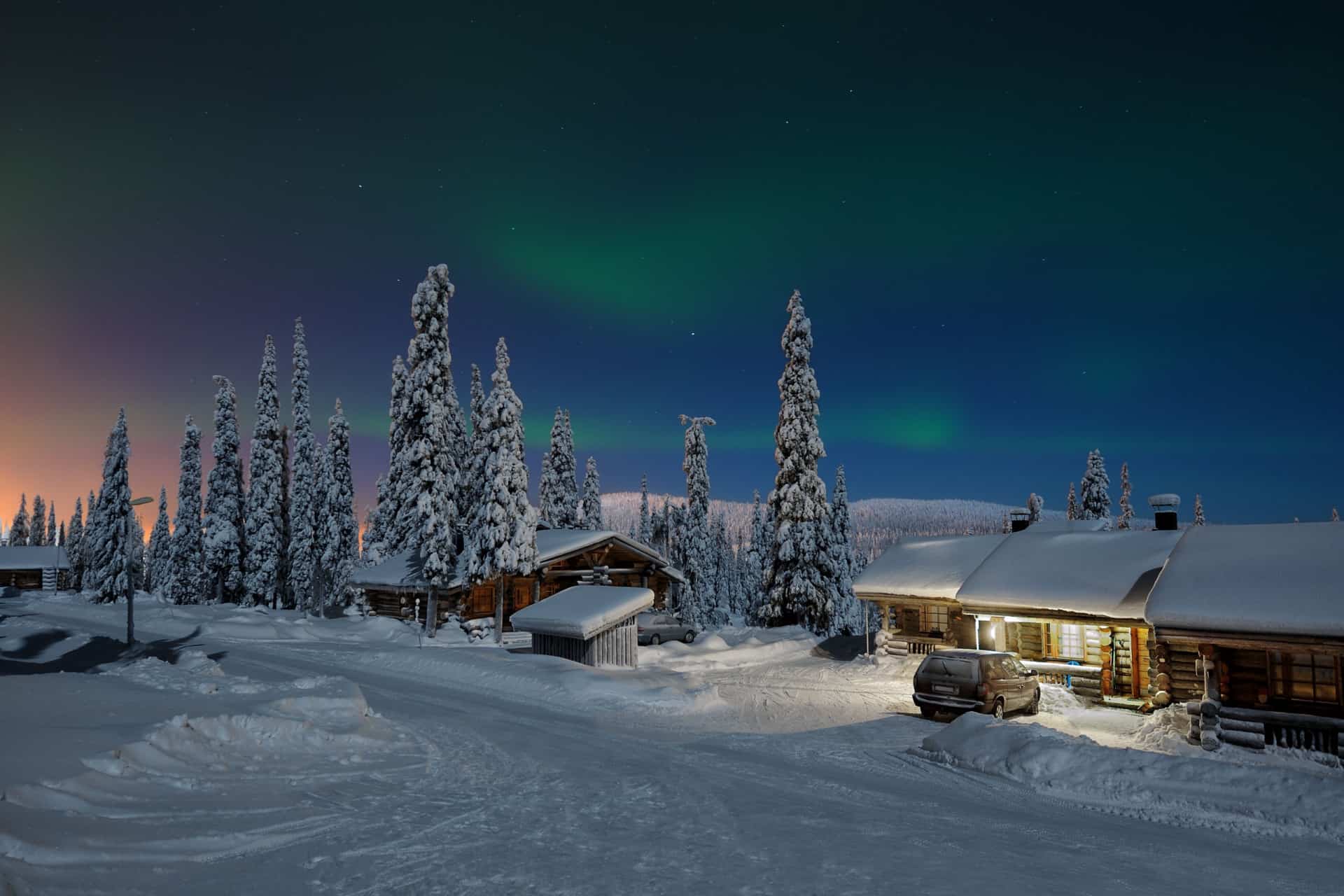 Helsinki, the country’s capital, radiates beauty at every angle. Flaunting a natural seaside city appeal, Helsinki is a world-class modern city that preserves its connection to its history.

The fact is, the beauty of the city comes largely from its old architecture. Senate Square, for instance, showcases neoclassical buildings designed by the famous architect C. Engel. Overall, these buildings make the square, which is also the center of Helsinki, a popular tourist destination.

Dominating the square is the Cathedral, which was built from 1830 to 1852 and is one of the most highly visited cathedrals in the country. Standing on the right side of the cathedral is the Council of State, built in 1822, and to the left is the University of Helsinki, constructed in 1832.

Not to be missed either is the Suomenlinna Maritime Fortress. A UNESCO World Heritage Site, the fortress was built on six islands off the coast of Helsinki in 1700s. Today, Suomenlinna is a popular destination and features museums, galleries, and wonderful sights.

A chance to know more of the country’s history is possible by visiting the National Museum of Finland. It presents different artifacts that retell the history of the country starting from the prehistoric times.

Åland, an archipelago north of the Baltic Sea, is characterized by raw paradise like beauty.

But what is especially interesting about this archipelago of 6,500 islands is its flatness – Åland’s general topography is so equally leveled, it makes a great biking venue for those who don’t like to struggle and sweat so much when riding their bikes.

The archipelago sits between Finland and Sweden. It is an autonomous region that has Swedish-speaking locals, its own flag, and even its own stamps.

Still, just like other Finnish tourist destinations, the archipelago is marked by wondrous charm.

You can hit the beach and swim, surf, or just stroll by the shore. You can also go biking while getting a nice view of the surroundings.

And don’t forget to schedule a trip to the uninhabited islands of Åland, visit the museums, tour around the capital Mariehamn, see the Swedish ferries dock in Eckerö, and experience the Ålander culture.

You can reach Åland by ferry or plane. Whatever time of the year you come, expect Åland to give you a grand time.

The town of Hankois famous for its Spa Park, where wooden villas stand as prominent structures.

Built in the 20th century as the summer lodging of Russian nobilities, the villas are beautifully designed and give off an air of elegance.

Today, some of the villas still function as guesthouses, while others are operating as restaurants. Hanko has also become a well-loved summer destination.

The Spa Park, of course, is only one of the beautiful features of the town, because all across Hanko, you will experience the best of nature.

On the fields and forests of Tvärminnentie and Täktomintie, you can have a sighting of elk in their natural habitat. On the beaches and rocks by the sea, you’ll see some migratory birds. Täktom and Högholmen are perfect places for bird watching.

If you want to have a captivating view of Hanko cape and theBaltic Sea, climb the Water Tower. The tower, which stands at 65 meters above sea level, has a telescope on top for the curious visitors to use.

The Storm Tower and the Sun Bridge are also nice spots to view parts of the town.

Existing since the end of the 13th century, Turku is the oldest city of Finland and therefore has plenty of treasures to share with its visitors.

One of these is the Turku Castle, a structure that has been standing since 1280s. It is one of the oldest and most important historical edifices in Finland, attracting droves of visitors each year.

In Turku Castle, you’ll find a museum, banquet halls, a solemn cathedral, and other well-preserved rooms.

Overlooking the Aura River is the equally impressive Turku Cathedral. Built in the late 13th century, it was originally a wooden structure but was eventually renovated in stone in the following years. Today, it is one of the main landmarks in Turku.

Visiting Turku without at least stepping foot in the Old Great Square is unthinkable. It is a medieval market square, where you can see the Hjelt Mansion, Juselius Mansion, Brinkkala Mansion, and Old Town Hall. All four are historical buildings, but Brinkkala Mansion is the most famous for being the venue of the Declaration of Christmas Peace every December 24.

Apart from these structures, museums stand aplenty inTurku. They all vividly present the history, arts, and culture of the locals.

Oulu is a large city – the sixth largest in Finland– which is poetically beautiful and interestingly modern at the same time. The capital of Northern Finland, Oulu welcomes scores of visitors every year.

The city offers a lot. Go to Rotuaari if you want to experience the bustling Oulu. It is the commerce center of the city and has ritzy restaurants and cafés.

If you want to satisfy the scientist in you, head to the Tiedekeskus Tietomaa, the science center that bursts with interesting scientific features.

To appreciate the cultural heritage of the city, visit Oulu Cathedral, an 18th-century structure displaying neoclassical style, and the Observatory Café, which stands on the rock base of the Oulu Castle.

The Turkansaari Open-Air Museum also offers a glimpse into Oulu’s past. Here is where you can view a 17th-century church, a 19th-century manor house, and other centuries-old buildings.

The Finns’ love for the local culture and arts is very evident in Oulu. If you want to have a taste of that, catch a show in any of the city theaters, check out the galleries, and, if you happen to visit during summer, watch the World Air Guitar Championships.

The city also prides itself for being a hi-tech community. The city center is powered by wireless Internet, and the city itself plays host to a number of IT companies.

Situated on the Tammerkoski rapids,Tampere is a very industrialized yet superbly panoramic city.

Lake Näsijärvi and Lake Pyhäjärvi sandwich the city and provide captivating sights, while the old buildings have been highlighting the industrial characteristics of Tampere since the 19th century, when it was first called Manchester of the North.

The biggest inland city among the Nordic countries, Tampere is overflowing with attractions. Museums, which include Amuri Museum of Workers’ Housing, a collection of 19th-century houses, and Mineral Museum, a place that features different gemstones, are all worth a visit.

Churches also dot the landscape of Tampere, and visiting a few can provide a preview on the city’s history.

The Messukylä Old Church is the oldest building in the city and has parts that were built in the 1400s. Vanha Kirkko, meanwhile, is the oldest church. It was built in 1824, with wood as material.

But visiting Finlayson, the old mill area, could highlight a Tampere vacation. Developed into a modern complex, Finlayson has now bars, shops, restaurants, cinemas, and such other establishments.

Koli National Park is a 30 square kilometer attraction that is situated on Lake Pielinen and features the forested Koli Hill. And although the national park was established only in 1991, Koli has provided inspiration to numerous artists as early as the 19th century.

Koli, in fact, was said to be the first attraction in the country; and even with the passing of years, Koli has remained pristinely attractive.

From up Ukko-Koli, the highest peak in the park, breathtaking lake sceneries will capture your eyes. And in Akka-Koli, a peak 200 meters away from Ukko-Koli, you’ll find the Temple of Silence, where you can have a moment of meditation.

Come winter months, the verdant Koli landscape is blanketed with gloriously white snow. And it is at this time of the year when the two ski centers, Loma-Koli and Ukko-Koli, become active with avid and energetic skiers.

Sitting magnificently in the Saimaa Lakeland, Savonlinna is a dazzling town for two main reasons: First, it is the home of the beautiful Olavinlinna, the historical castle that seemingly rises from the lake. The three-tower fortress was built in the 15th century and displays a fairytale appeal when surrounded by lights at nighttime and when drenched in sunlight at daytime.

Second, Savonlinna allows tourists to have a memorable cultural immersion through the globally famous Savonlinna Opera Festival. Held in Olavinlinna, which in itself makes the festival even more attractive, the Opera Festival is one of the most celebrated events in the country.

It has been a widely attended festival since its first staging in 1912. And today, it welcomes around 60,000 people from the country and other parts of the world with a series of opera performances, none of which is ever forgettable.

Kuopio is a city that effortlessly exudes unpretentious beauty from all sides.

This beauty can be easily seen from the Puijo Observation Tower, which is the perfect place to view the cityscape and the Lake District of Saimaa.

Explore the city by strolling at the Old Town Centre and cruising on Lake Kallavesi. Then visit the Minna Canth House, the residence of Finland’s first female writer Minna Canth; the Old Kuopio Museum, a block that showcases 18th– to 19th-century wooden buildings; and the Victor Barsokevitsch Photographic Centre, a gallery featuring topnotch photography.

And if you happen to visit in June, enjoy the festive atmosphere during the Dance Festival and Wine Festival.

If you are having a winter holiday inFinland, try skiing on the snowy surface ofKuopioand catch the Finland Ice Marathon.

If you want to meet Santa Claus up close and personal, visit his home in Lapland, at the Santa Village in Rovaniemi. And you don’t have to wait until Christmas. You can meet him there any time of the year.

But even if you don’t believe in Santa, you still won’t be able to resist falling in love with the magical beauty of Lapland.

Winter is quite long here; it starts in October and ends in April and sometimes even extends up to May.

But winter here is not a dull gray season; it’s packed full of exciting winter activities – from skiing to snowmobiling, from reindeer sleigh riding to husky dog sledding.

It is also during winter when the northern lights paint the inky sky with a dash of luminous green, a delightful sight that will warm you up even in the coldest nights.

Come spring, Finnish Lapland exchanges its white-covered beauty for a bright and colorful appearance. Then the weather becomes just about right for hiking, fly fishing, whitewater rafting, and other outdoor activities.

In summer, witness as the magic strikes again, when the renowned midnight sun makes the night sky bright, refusing to go below the horizon, leavingLaplandawash in sunshine day in and day out for weeks. 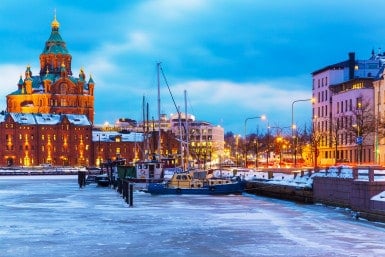 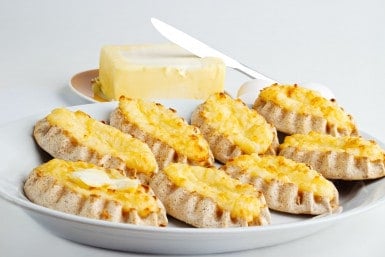 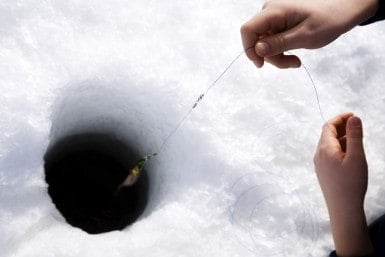