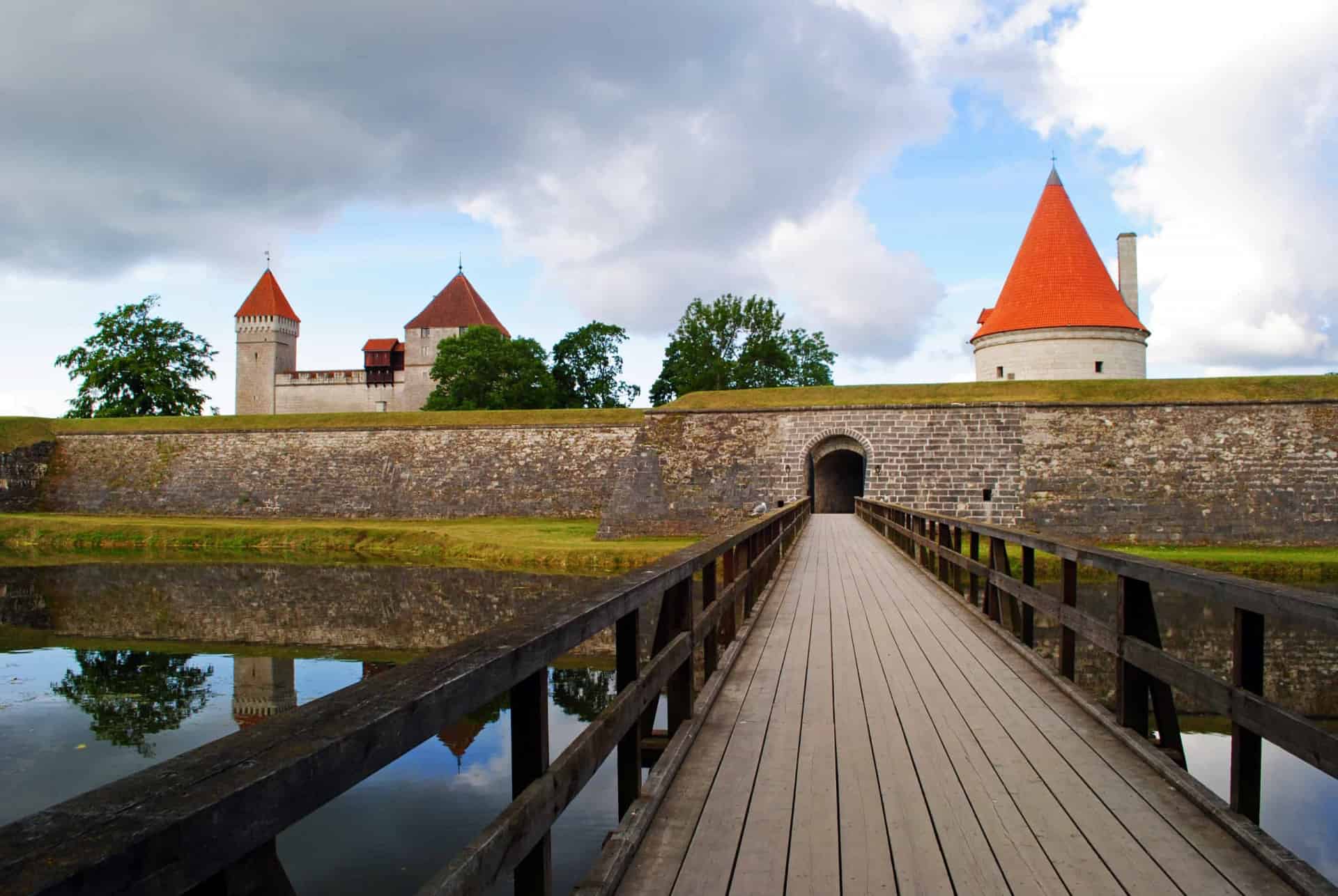 A stroll down Tallinn’s old town brings you back to the time when horse-drawn carriages clacked along cobbled streets and sword-wielding foot soldiers patrolled the town’s massive walls. Despite the signs of modern life, such as McDonald’s and chic cafes occupying 16th century brick buildings, Estonia’s most prized city retains much of its medieval soul.

Exploring Tallinn on foot leads you to the city’s historic landmarks, which are partly the reason why it was declared a UNESCO World Heritage Site in 1997. Perched on top of Toompea Hill is the Alexander Nevsky Cathedral. Built in the late 1890s by the Russians, the church is dedicated to Prince Alexander of Novgorod, who saved Russia from being overrun by Teutonic Knights during the Battle of the Ice.

Another important stop is the Viru Gate. Once regarded as the main entrance to Tallinn’s old town, the area was home to artisans and merchants who brought trade to the capital. Viru and its surrounding neighborhood remain a “shopping lane” to this day. Hotels and inns catering to tourists also line the street.

Estonia’s second-largest city is also its intellectual and cultural hub. Students make up a large chunk of Tartu’s population, and their strong presence adds to the town’s youthful charm. Tartu not only boasts of medieval buildings and historic landmarks, such as the Kissing Students Fountain on Tartu’s main square; its thriving nightlife also attracts many a party-goer to the city.

The University of Tartu plays an important role in the everyday life of the locals. Being a university town, English is spoken by the students and widely understood by everyone else in town.

Other places to visit are St. John’s Church and the historic area of Supilinn. Tartu also hosts the annual Hansa Days Festival, to celebrate the Hanseatic heritage of the city.

Kuressaare is the most important town on the island of Saaremaa. Saaremaa is the largest island in Estonia and is home to Vilsandi National Park, a popular bird-watching spot in the country.

The town had seen many battles during its long and bloody history. The Kuressaare Castle stands witness to the struggles of the locals to push back the offshore invaders. The castle has since been turned into a museum housing the island’s priceless treasures.

Away from Kuressaare and into the countryside, you will get to see the Kaali craters. These depressions were the result of a meteorite impact that occurred 4,000 years ago. The main crater, which has now turned into a lake, figured prominently in local folklore. Artifacts dating back from the Iron Age have been unearthed around the lake.

On the east of Narva lies Russia, and during much of the city’s turning points, the next-door country shaped much of its history.

Narva was flattened during World War II by the Germans, so a large part of the city had to be rebuilt with Soviet-style apartment blocks, which now dominate the skyline.

The Hermann Castle – built by the Danes in 1256 and sold to the German Teutonic Knights, who rebuilt it in 1346 – faces the Russian city of Ivangorod.

The summer capital of Parnu is renowned for its spas, white sand beaches, and verdant gardens. Tourists from all over Europe flock to this city to experience the healing wonders of Parnu’s mud baths. The city is also a preferred destination for conferences, music, and cultural festivals and big party events.

Parnu was founded in 1251 by a German bishop. It was also a member town of the Hanseatic League, a loose federation of towns around the Baltic engaged in trade and diplomacy.

The Swedes then took over before it fell under the Russians in 1710. Parnu only joined the newly independent Estonia following the outbreak of World War I.

The land around Viljandi has been populated as early as 500 BC, but it was only in 1154 that the town entered the books of history, when its name appeared in a world atlas commentary penned by the Moroccan geographer al-Idrisi.

Like the rest of Estonia, the town came under different foreign control. The people of Viljandi resisted all of them – the ruins of Viljandi Order Castle will attest to this. But, in the end, the town embraced the culture of its new master.

Today, Viljandi boasts of being the cultural capital of Estonia.

The Viljandi Culture Academy is partly responsible for the dozens of cultural events held in town every year. The most famous of these is the Viljandi Music Festival, which takes place around the end of July. The music festival, which runs for four days, brings to the spotlight European folk music. Hundreds of European folk singers and thousands of attendees descend upon the city to see the performance.

When not attending the festivals, you can explore the town’s cultural repositories. The Viljandi Museum houses artifacts dating back from ancient times. The Heimtali Museum of Domestic Life, meanwhile, boasts a collection of centuries-old household items and school furnishing.

Centuries of war and foreign control must have had profound effects on the people of Rakvere. Historical remnants include splendid ruins like the Rakvere Order Castle and the massive animal monument, the Tarvas statue.

However, the town’s charm lies mostly with the locals and their interesting pursuits.

The town hosts an international rock music festival known as Green Christmas. Naturally, it draws artists and musicians from all over the world, making it quite an interesting sight to behold.

For those who are more into the performing arts, you can attend a theater festival called Baltoscandal, which showcases the creative output of the town’s citizenry.

The Lahemaa National Park is the largest in Estonia. Because of its nearness to Tallinn, a day trip from the capital could be easily arranged.

The park is home to wild bears, wolves, and lynxes. Swamp forests and bogs, which cover the southern portion of the park, add to the already diverse landscape. Deserted beaches and small fishing villages are found along the coast.

With its hiking trails, which take you past historic landmarks – including several manor houses dating back from the time when Estonia was still under German control – a trip to Lahemaa could also be considered a walk through history.

Accommodations are plentiful, and an overnight stay won’t be a problem. An open-air museum near the village of Altja displays “cultural” boulders found inside the park.

The flooded meadows of Matsalu Bay

Matsalu National Park is a bio-diverse region located in a river delta facing Matsalu Bay. More than 700 plants and animal species have been cataloged inside the park.

The park is a popular destination for bird watchers as the yearly migration records 275 species of birds, which include ducks, cranes, and other waterfowls belonging to the Branta species. Observation towers have been erected in Haeska, Keemo, and Klostri for visitors.

Boats are available to those who wish to see the remote islands in Matsalu Bay. You can also explore the unique landscape by foot or bicycle, as hiking trails have been established.

Every autumn, the Matsalu International Nature Film Festival draws local and international filmmakers. Held in the nearby town of Lihula, the festival showcases nature documentaries produced around the world.

There are only a few places in the world where women are the leaders of their communities. On Kihnu island, “Girl Power” has been practiced long before the West caught up with the trend.

Here’s how it happened: As the men set off to fish and hunt seals, the women were left to look after their homes. With no one to lead the villages, they took over the responsibility of making village laws and policies.

As the men sailed farther away from the island, the women became the custodians of tradition. Without anyone realizing it, Kihnu Island had become a matriarchal society.

The women of the island are known for wearing colorful dresses that they themselves weave in their homes. Their dances and oral traditions, particularly the pre-Christian Kalevala-meter songs, had earned them a distinction from UNESCO. In 2008, their way of life was recognized as a Masterpiece of the Oral and Intangible Heritage of Humanity.

If you are into discovering local customs and have this calling to explore the outdoors by way of trekking, Kihnu Island is a must-see destination. 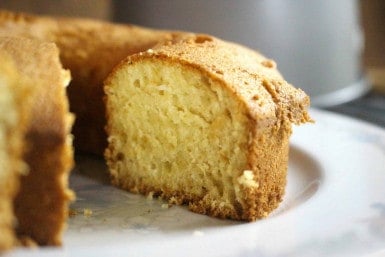 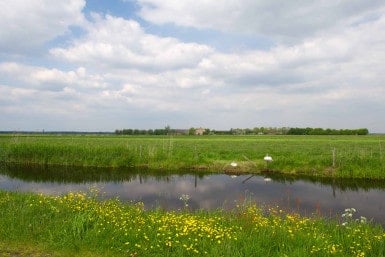 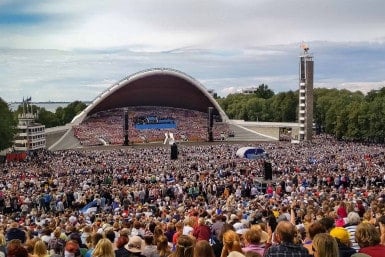