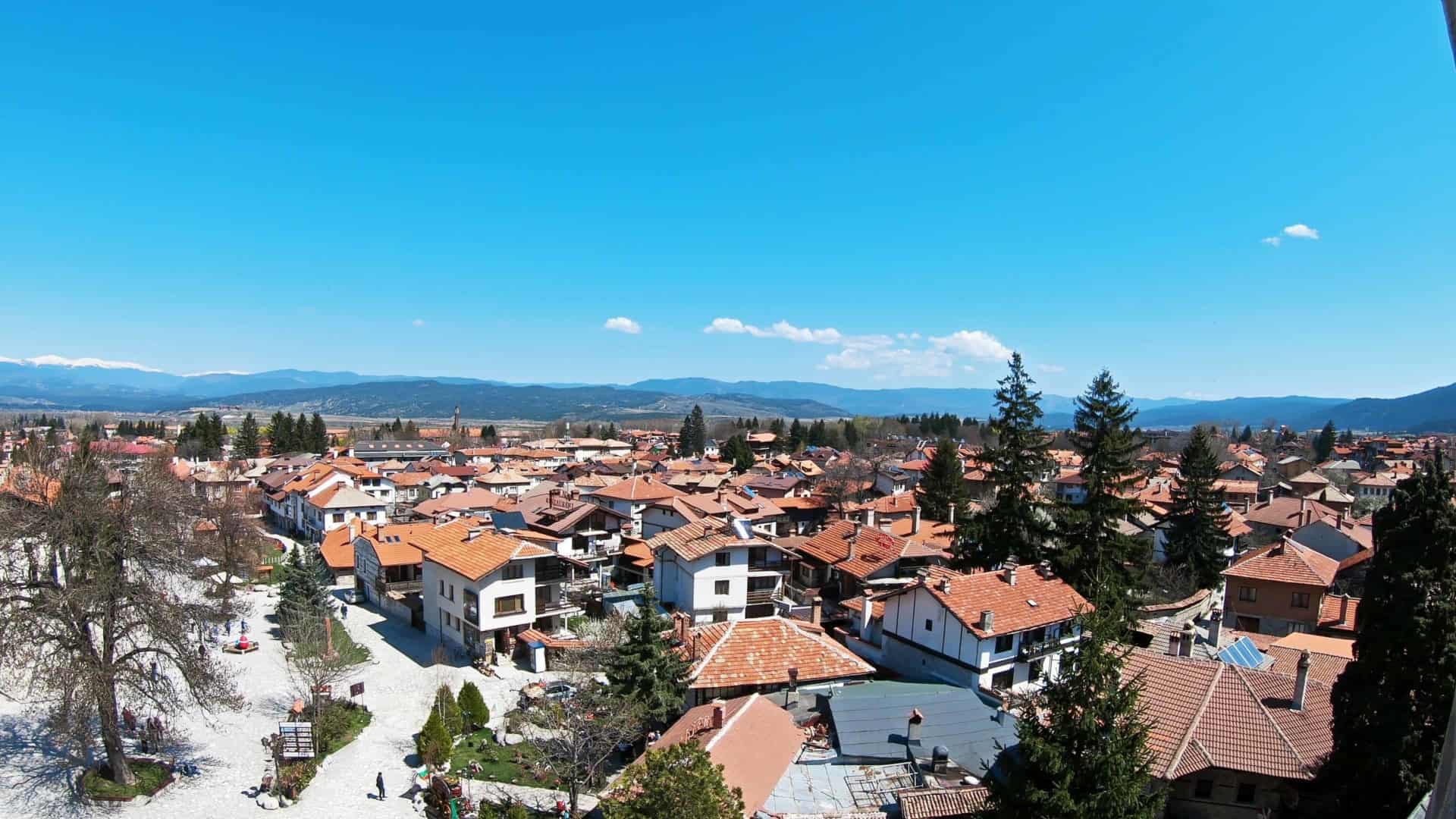 Known as the city of the Tsars, Veliko Tarnovo served as the capital of the Second Bulgarian Empire in the 14th century. The medieval city with terracotta-tiled houses is surrounded by forests and divided in half by the Yantra River.

Sitting on top of a hill, like a sentry to the surrounding plains, is the stronghold of Tsarevets. Once home to Bulgarian kings, the ruins around the citadel still hold some of Bulgaria’s hidden treasures.

The city center below the Tsarevets is home to several medieval churches, including the Church of Saint Demetrius and the Forty Martyr’s Church. These churches were constructed during the Second Bulgarian Empire and were razed when the Ottomans sacked the city. Unearthed in the 1970s, the churches retain much of their Byzantine elements.

Veliko Tarnovo is also home to two important centers of learning: the Veliko Tarnovo University and the Vasil Levski National Military University. The presence of these universities adds to the vibrant culture of the city. Their youthful influence not only keeps the nightlife lively but has also contributed to the increasing number of backpackers (mostly young people from Europe) in the city.

Western tourists may find its name hard to pronounce, but they still cannot escape the charm of Koprivshtitsa.

Largely preserved as a museum village, the town showcases houses from the Bulgarian National Revival period. All of the houses have been restored to their original forms. Some of them function as guesthouses, while others have been converted into restaurants.

Museums containing National Revival works of art, jewelry, embroidery, and costumes are scattered all around the village. Monuments and memorial houses of those who led the uprising are also plentiful.

In addition to being a museum village, Koprivshtitsa is also known for its folk music festival. Every five years, musicians, artists, and craftsmen gather from all across the country to celebrate art and music in this quaint little town.

Ruse sits along the banks of the Danube River. It is known as Little Vienna for its nineteenth-century Neo-Baroque architecture. Most of the city’s buildings have broad facades and solid colonnades that define the architectural style of the period.

Places of interests include the Ruse Regional Historical Museum, which boasts of a collection of artifacts, including frescoes from the medieval period, skeletal remains from prehistoric times, and a ritual wine set known as the Borovo Treasure.

The National Transport Museum displays steam engines and carriages once used by the kings of Bulgaria. It is an open-air museum located next to the old Ruse Railway Station.

A short drive from Ruse are the rock-hewn churches of Ivanovo. The said complex features churches, chapels, and monasteries directly carved from the mountain.

One other thing these rock-hewn churches are known for is its beautifully preserved frescoes depicting the lives of the monks who once lived in the surrounding caves.

In 1979, the complex was declared a UNESCO World Heritage Site.

Connected to the mainland by a narrow isthmus is the town of Nesebar. This UNESCO World Heritage Site is abundant with historical buildings, which make it a top cultural destination.

Nesebar was already a thriving colony even during the Greek and Roman times. It was a trading port and a strategic gateway to the Black Sea.

During the medieval ages, Nesebar was a Byzantine stronghold. Part of the fortifications protecting the town still stands today.

A slew of churches, including the St. John Aliturgetos and Church of Christ Pantocrator, were constructed to highlight the town’s importance. All in all, a total of 40 churches were erected in this town. Most of them have at least partially survived.

Aside from its Byzantine-inspired churches, Nesebar is also known for its wooden houses. These were constructed during the Ottoman rule, and their architecture reflects much of the coastal surroundings.

The wooden houses are still inhabited today. Some have been converted to private galleries, while others became souvenir shops.

If you get tired of strolling around Nesebar’s living museums, you can head to the Sunny Beach (Slanchev Bryag) just across the bay. There you will find ultramodern resorts with water sports amenities – a bit of a contrast with the old town.

Kazanlâk is a small Bulgarian town that looks deceptively humble at first glance but, in fact, holds a wealth of culture and history.

Its first inhabitants, the Thracians, built within it during 4 BC the Thracian Tomb of Kazanlâk, which was declared a UNESCO World Heritage Site in 1979.

This ancient tomb features a narrow corridor that leads into a round burial chamber with murals that depict a funeral feast, with splendid horses, and a touching scene of a couple tenderly grasping each other’s wrists in an eloquent gesture of farewell.

At the northern side of Kazanlâk is the village of Shipka, the site of a Turkish-Russian battle that resulted in scores of soldiers dead. There you will find a freedom monument dedicated to the Russians and Bulgarians who fought for Bulgarian independence. A memorial church with golden domes and pink walls was also erected there to honor the fallen soldiers. 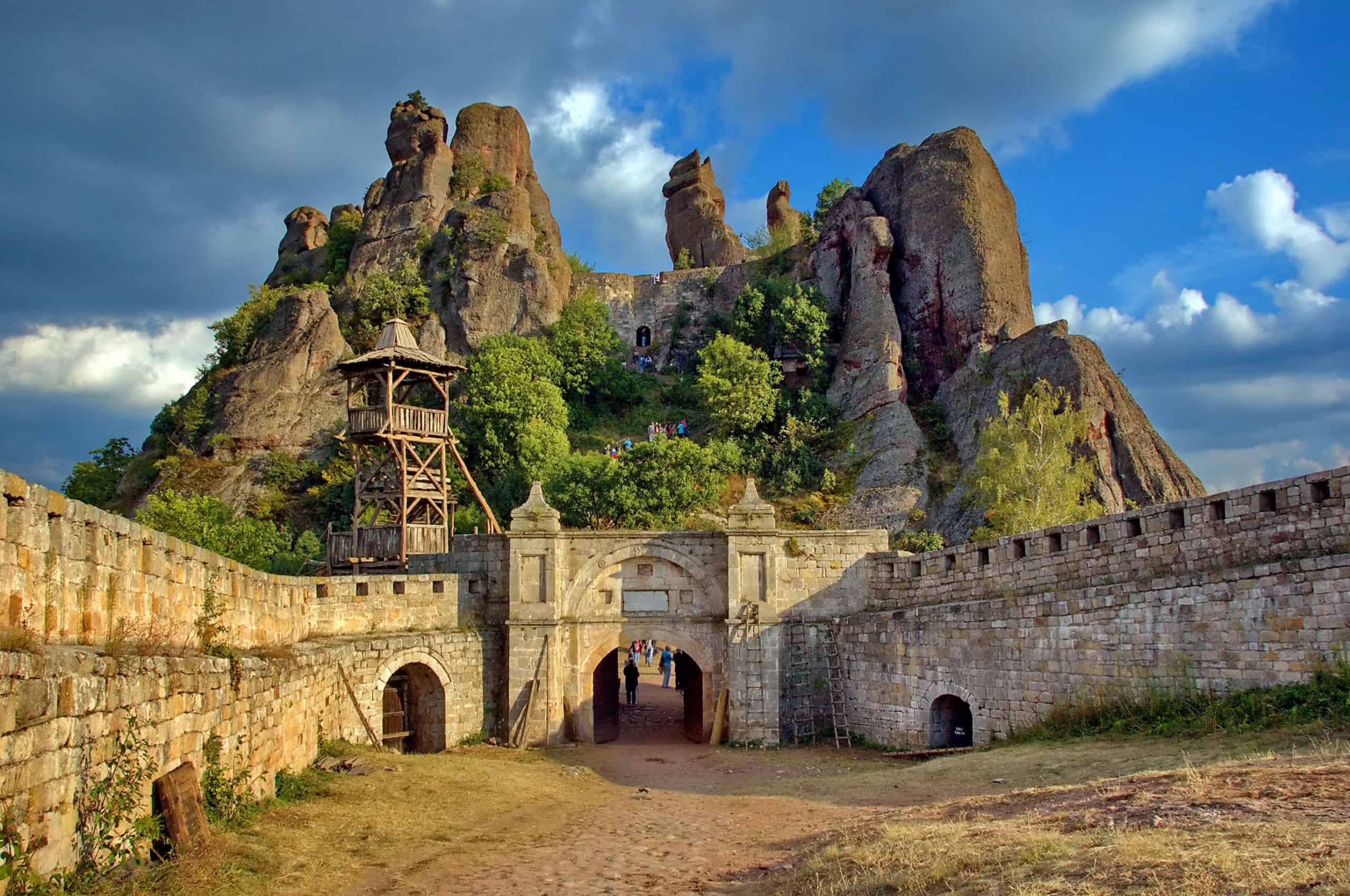 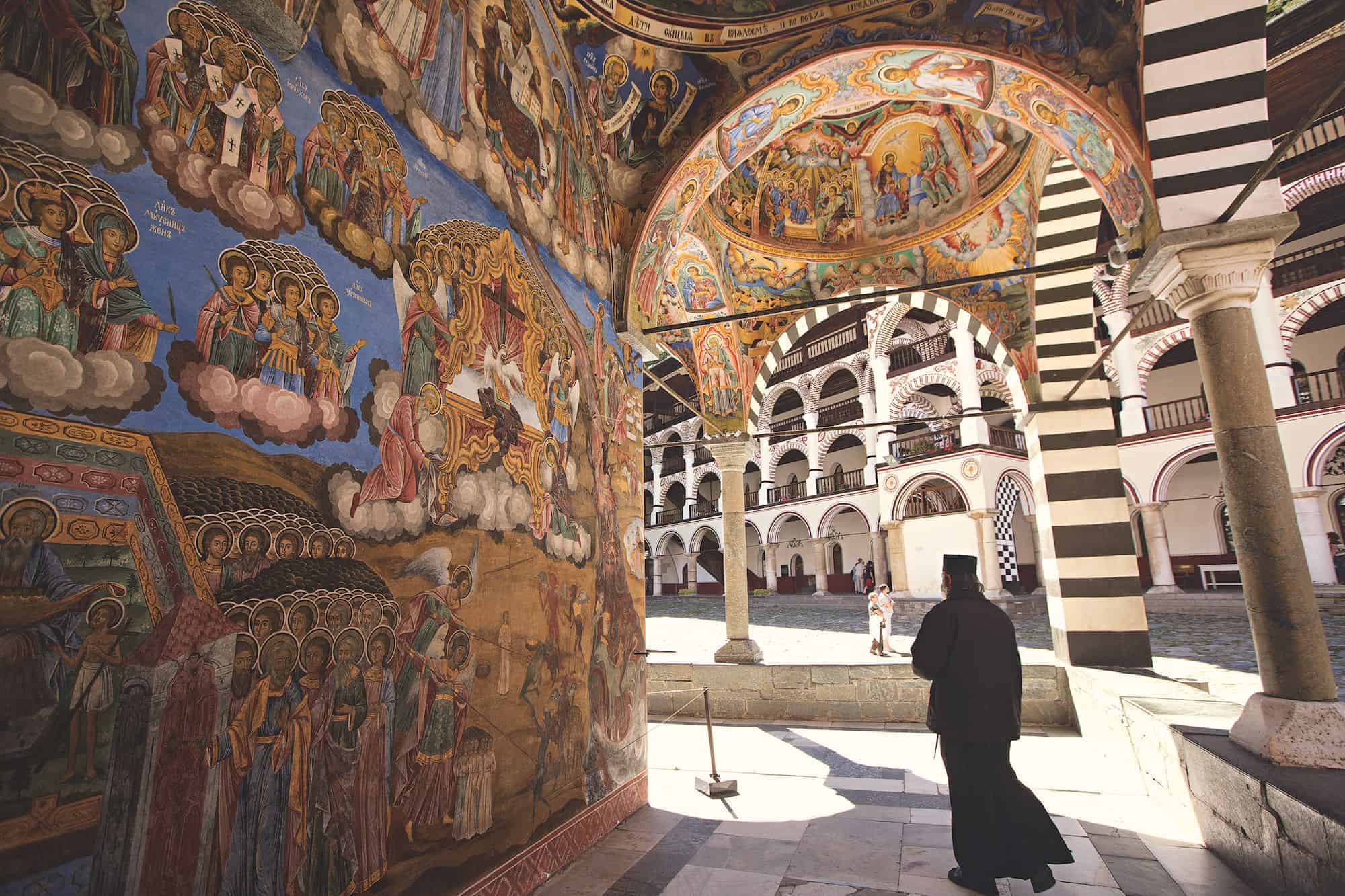 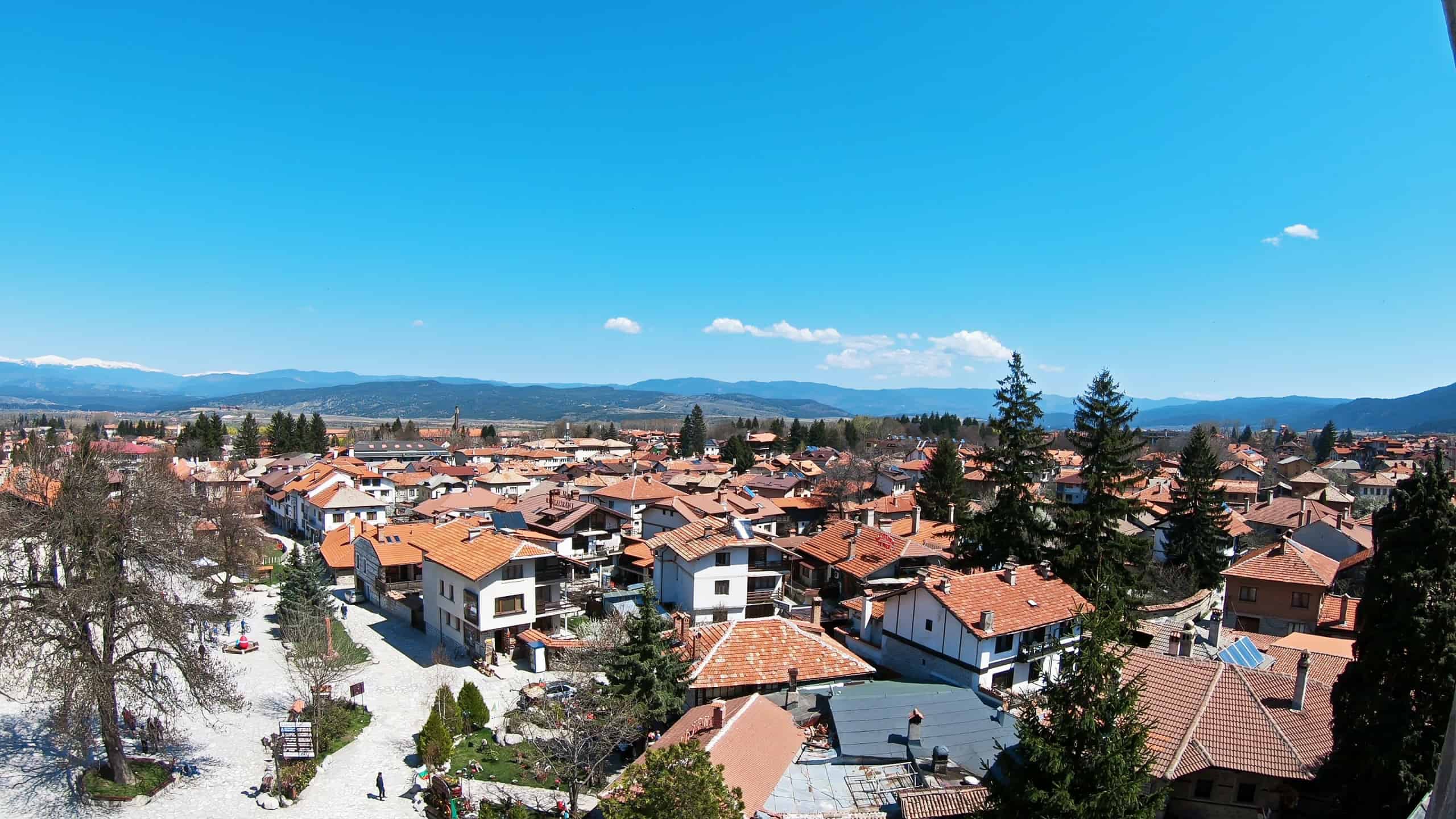 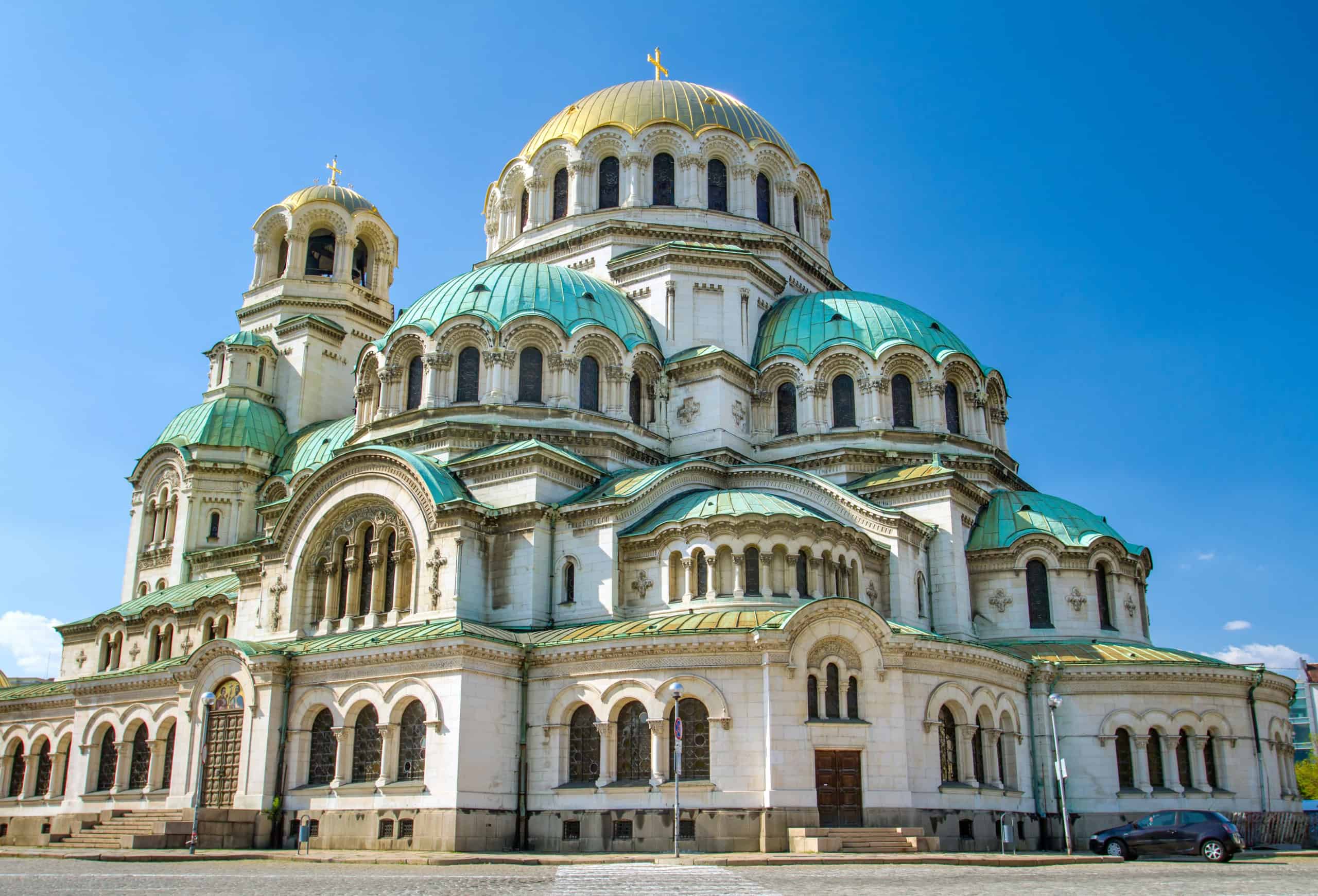