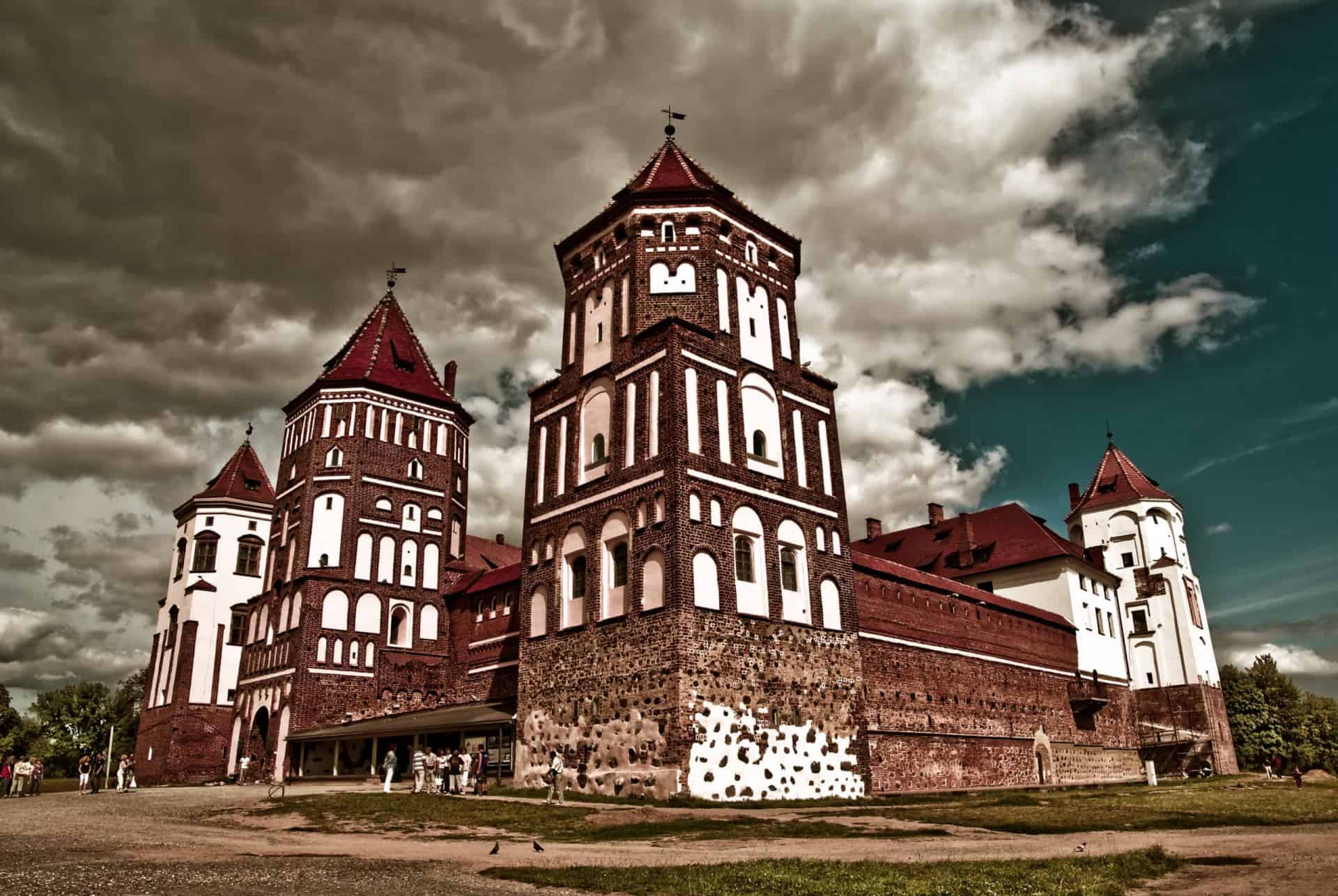 Minsk, the capital city of Belarus, was founded at the end the 11th century on the banks of the Niamiha and Svislach rivers, about 16 kilometers from the site of the old capital. The former capital city was located near the Menka River, from whose name “Minsk” originated.

Minsk used to be a wooden fortress that was built near the Prince’s yard. It consisted of several houses owned by townsmen, and it was enclosed by earthen barricades.

Nowadays, the capital city of Belarus is a flourishing metropolis that mixes ancient structures with modern buildings. When you get to Minsk, you should walk around and take in the wonderful architecture for which Belarus is famous.

Once you enter Minsk, it will be hard not to notice the City Gate Towers. These two symmetrical buildings are located right in front of Minsk’s central railway station, greeting you as soon as you exit the railway. You should also check them out at nighttime, because they are more beautiful when they are lighted up.

Belarus abounds in picturesque places, and the Braslav Lakes are a must-see for tourists.

The Braslavskiye Ozyora National Park is situated on the northwest region of Belarus. It is a favorite destination for locals and tourists alike because of its crystal-clear lakes, with hills that serve as a stunning backdrop.

The Braslav Lakes also teem with majestic oak trees and fir trees. The forest is perfect for those who want to have a picnic or simply commune with nature. It is also ideal for those who like examining plants, since there are about 500 species of plants, 20 of which can be found only in Belarus.

If you’re looking for animals in this area, you won’t be disappointed. About 29 different species of fish thrive in the lakes. There are also many woodland creatures, such as elks, European wild hogs, wolves, European brown bears, European lynxes and roes. The lake system also serves as a huge aviary for 189 species of birds, 45 of which are already endangered.

Aside from wildlife, the park has some breathtaking natural monuments, such as glacial forms of relief as well as huge boulders, interesting isles and exotic trees. There are also historical monuments and ancient settlements, burial areas, and structures of religious value.

Here in Belarus you will find one of the oldest and biggest forest massifs in all of Europe. Belovezhskaya Pushcha is a UNESCO-protected forest massif situated in Brest, Grodno and even some parts of Poland, covering 57 thousand hectares of land.

Protecting this block of forest has been a tradition since the 15th century, when Yagailo, king of Poland, imposed a rule that only he and his cousin, Lithuania’s Great Duke Vitovt, could go hunting within the premises.

When World War II ended, the huge nature reserve was divided into two, with one part belonging to Poland and the other to Belarus. In 1991, the latter area became the first national park in Belarus.

Belovezhskaya Pushcha National Park extends to over 60 kilometers from north to south, and 50 kilometers from east to west. It is located in the regions of Grodno and Brest, with 163.5 thousand hectares.

It is an important research institution, since researchers at the site develop means and learn new ways to preserve the flora and fauna of the nature reserve.

The Mir Castle Complex, located in the Korelichi District in Belarus, features a mixture of old and new structures. The castle itself, fondly referred to as the “brightest medieval flower,” blends Gothic, Baroque, and Renaissance influences. Its construction began in the late 15th century or early 16th century by the Ilyinichi family.

Wars across the European continent had repeatedly damaged Mir Castle, thus several restoration efforts were made to preserve the historical monument.

In 2000, the Mir Castle Complex was inscribed in UNESCO’s World Heritage List. In 2011, it became an independent museum, after being a subsidiary of the National Art Museum of Belarus for 22 years.

Visiting the Brest Fortress will give you more insights into the history of Belarus. This famous 19th-century Russian fortress commemorates the Soviets’ resistance against German invasion on June 22, 1941.

Shaped like a star, the fortress held its defense against the invading German army during the German-Soviet War, earning it the title Hero Fortress in 1965.

The fortress is a two-storey barrack shaped like a ring, 1.8 kilometers long, and consists of 500 rooms that could accommodate 12,000 soldiers. The citadel once had four gates and four semi-towers, but only the Kholm and Terespol gates still stand.

The architecture of the Brest Fortress is quite stunning, and the sturdy walls provide tourists a glimpse of how intimidating the whole area was for Belarus’s enemies back then.

When you visit the Brest Fortress, make sure to visit its architectural center, the St. Nicholas Church, which is also included in Belarus’ national list of sites of historical and cultural values.

Belarus is famous for having several parks dedicated to preserving wildlife. One of these nature parks is the Pripyat Reserve, located right in the middle of the Belarusian Polesie, which is about 250 kilometers south of Minsk. The reserve has a total land area of 83,000 hectares and boasts 30 magnificent riverside lakes and many small rivers.

The plants in the Pripyat Reserve are carefully maintained. There are 826 higher-type of plants and 200 kinds of moss, as well as several kinds of wood and marshes. So if you are a horticulturist or simply a plant lover, you will definitely enjoy discovering the various kinds of plants in the reserve.

The reserve is also home to numerous woodland animals. Currently, about 45 species of mammals, 265 species of birds, 37 species of fish, 11 species of amphibians, and 7 species of reptiles are found in the area. So a walk in this nature park may treat you to a sight of badgers, black storks, snakebirds, cranes, European bison, eagle owls, reed toads, starlets, grass snakes, and marsh turtles.

If you wish to visit the Pripyat Reserve, it’s better to stay for a day or two in the vicinity, since it takes more than a day to fully explore the area. You can check in at the nearby hotel or at one of the inns. Both the reserve and the hotel are located in Turov, one of Belarus’s oldest Slavic towns. In Turov, you will also find a museum that showcases the town’s local folklore.

The Minsk Sea is a man-made reservoir just five kilometers north of the capital city. It is quite a popular location among the locals, and it can be an unforgettable destination for tourists.

To get to the Minsk Sea, you can take a bus from the central bus station, which regularly serves tourists and locals who visit the site. If you’re going by car, just drive north on the P28 and follow the signs leading to Minsk Sea after you have passed Ratomka Village.

The town of Polatsk, in northeastern Belarus, has an important place in the history and culture of the country. The area was the site of the ninth-century Belarusian state’s establishment. It also served as a battleground between Belarus and Kiev, the capital at that time of what would soon become the Russian Empire.

Polatsk is famous for its medieval churches. One church, the 12th-century Spaso-Efrasinyevskaya Sanctuary, once served as the home of a princess who joined an orthodox religious order and became a voice of public education. Another popular church is the Sofijsky Cathedral (Saint Sophia Church), whose towering height and elaborate white faзade have continued to captivate travelers for centuries.

Also an important attraction in Polatsk is the Red Bridge. It was used by Napoleon Bonaparte during his attempt to invade Russia.

Orsha is one of the ancient towns in Belarus. It is found on the upstream of the Dnieper River, which merges with the Orshita about 80 kilometers south of Vitebsk.

The town is a major tourist attraction because of its astonishing landscape, historical monuments, and cultural diversity.

Orsha Castle, which was built around 1398 to 1407, is one of the popular places in the area. It was an important Polish fortress until the 16th century.

Another attraction in Orsha is the Jesuit Collegium, which features a historical museum and a clock tower with chimes. This is a popular venue for many cultural events in town.

Hrodna, or Grodno, is another popular tourist destination in Belarus. It is located along the Neman River, near the Lithuanian and Polish borders. It boasts several baroque and medieval structures, such as the baroque-style Cathedral of St. Francis Xavier, one of the city’s most famous landmarks.

Another famous landmark is the Kolozha Church of Saints Gleb and Boris. It is the last remaining medieval church in the area designed with ancient Black Ruthenian architecture.

Check out, too, the Regional Drama Theater found near the center of the city. Theater is one of the Belarusians’ favorite pastimes, so this is a very popular place not just with the tourists but even more so with the locals. 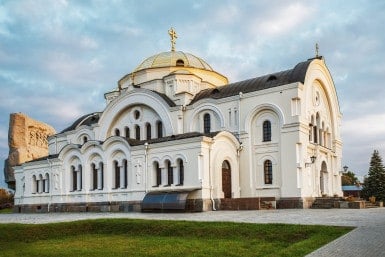 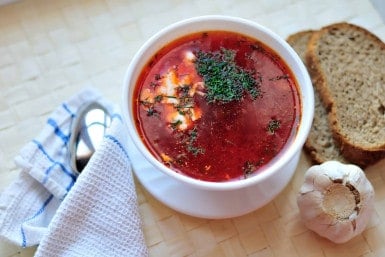 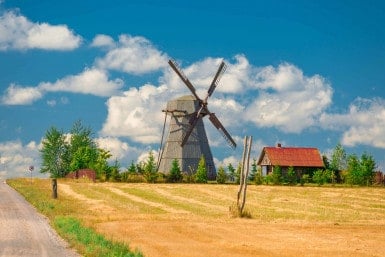