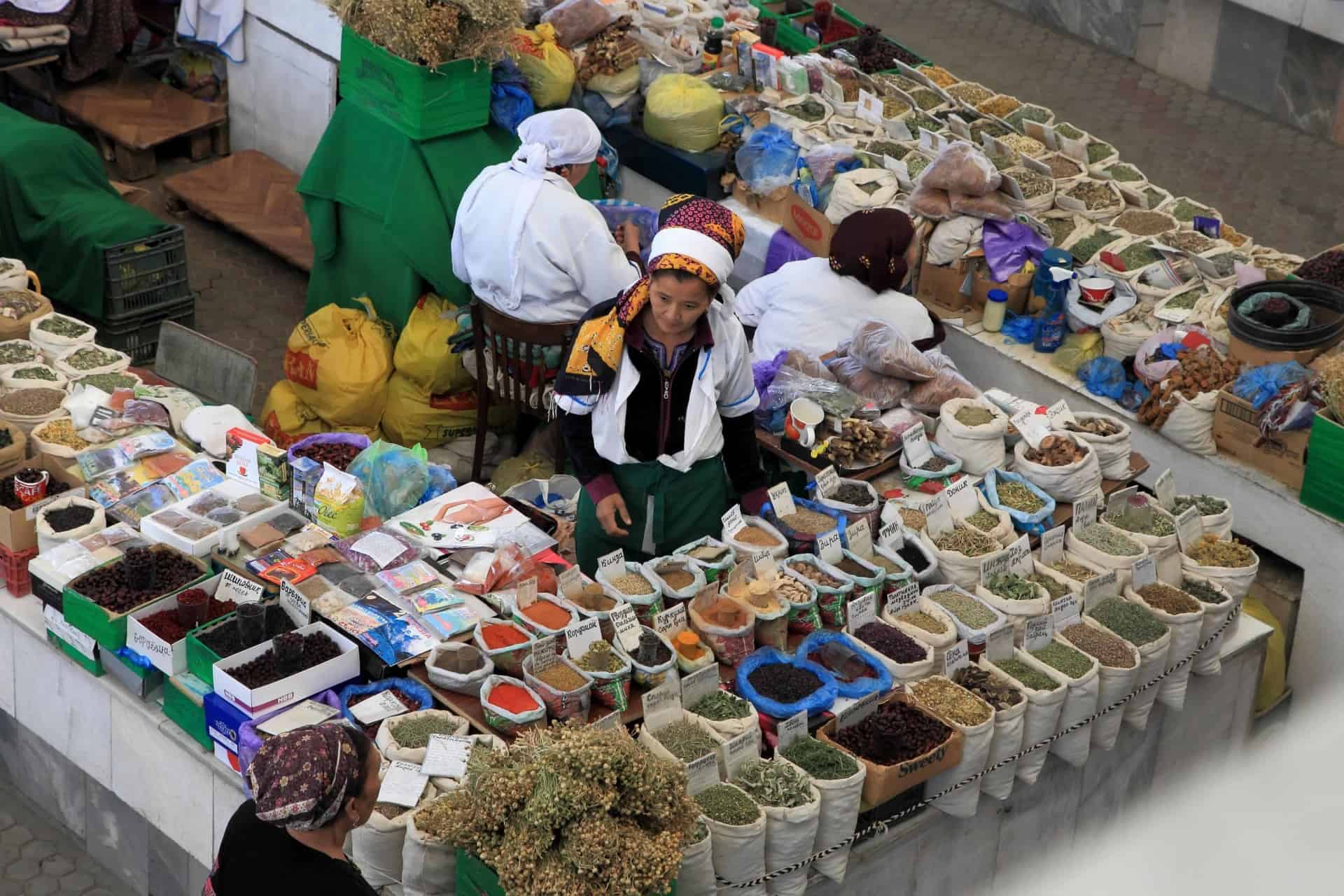 Shopping in Turkmenistan is just like going on a treasure hunt – amid hundreds of stalls and thousands of items, there are items that you would find more precious than others. It’s just a matter of finding that thing that you can’t resist to buy.

A stroll through the Tolkuchka Bazaar would show you what that means. There are so many stalls, each selling their own unique items. From camels to jewelry, nuts to electronics, expect anything and everything in this bazaar.

However, the most notable item to buy in Tolkuchka are carpets – the hand-woven Turkmenistan carpets that are renowned all over the world for their beauty and craftsmanship. How you’d bring it home would be your worry though, as it may entail additional cargo charges from your airline.

Shopping in  Turkmenistan will test your haggling skills. Locals would undoubtedly try to sell at a higher price to tourists, so try your best to get the best deal possible out of your souvenir money.

There are a multitude of ruins all over Turkmenistan. These ruins are all the remains of ancient cities and by studying them, archaeologists hope to find more connections between Turkmenistan’s fabled past and its rapidly changing present.

If you’re seeking the thrill of adventure, exploring the ruins found in Merv, Konye-Urgench, and Gonur might make you feel like you’re an explorer. Another site worth exploring, and one of the easiest to access as well, are the remains of Old Nisa, located very close to the capital city of Ashgabat.

Old Nisa used to be the capital city of the Parthian kings, who ruled Turkmenistan from 3rd century BC to 3rd century AD. Their empire included modern-day Iraq, stretching as far as the Syrian Arab Republic.

Exploring ruins might not be for everyone, as the heat and weariness of constant travel might be bothersome. However, the lessons that can be learned from understanding the past are important for the preservation of every culture, and that is what you find should you choose to be an explorer.

The Earthquake Museum is located in Ashgabat – a grim reminder of the tragic events that occurred in 1948, when an earthquake of magnitude 7.3 tore through the city, killing 110,000 people. The 1948 Ashgabat Earthquake is considered to be the 6th deadliest in history.

The museum displays photographs of Ashgabat during the tragedy, as well as of the chaos that ensued thereafter. The five-year clean up and rebuilding of Ashgabat is documented as well.

The museum is an interesting place to visit because in the past, the government enforced extreme censorship on the event, with sparse information relayed even to the USSR media. Now, pictures and other exhibits are displayed for all to see.

The Earthquake Museum is also the site of the Earthquake memorial, situated on its rooftop. The memorial is an interesting bronze statue of a bull with the world on its back, with a woman holding a small golden child, trying to save him. The child is said to depict a baby Niyazov – the former president of Turkmenistan.

Kov Ata lies in the biggest cave of the Kopetdag mountains, situated around 107km southwest of Ashgabat. It is a spacious cave that houses an underground mineral lake.

Its name means “father of caves” in Turkmen, and its dimensions are staggering. The length of the cave is measured at 230 m, its height is around 20 m, and its average width is 57m. There are bats living in the chambers overhead, but they will not be dangerous as long as you don’t disturb them.

The lake itself is located at a depth of 52m from the cave’s entrance. With a length of 72m and width of 30m, the lake also has a contact temperature of 33-37 °C – perfect for bathing and relaxing, a welcome relief after much travel.

The cave is very popular with tourists, and locals took advantage of this by building a tourist complex surrounding the cave. The complex is filled with cafes and restaurants for you to relax in before or after you take your trek down Kov Ata.

A visit to a nation known for its horses wouldn’t be complete without experiencing what it feels like to ride these powerful but gentle animals.

There are multitudes of wide open spaces in Turkmenistan, all of which would be perfect for horse riding. Some of the popular horse riding spots are located on the edges of Ashgabat, where riders can encircle the boundaries of the city, and along the Firuza River, where you can ride across and over the gorges.

You can arrange for leisure horse riding with your tour guide, or you can just speak with horse breeders directly to see if they would allow you to take one of the horses out.

Additionally, if you are interested in horse races, there are races in Ashgabat during spring and autumn. They are held in the Hippodrome, and are perfect opportunities to see the power of the famous Akhal-Teke horses in action. 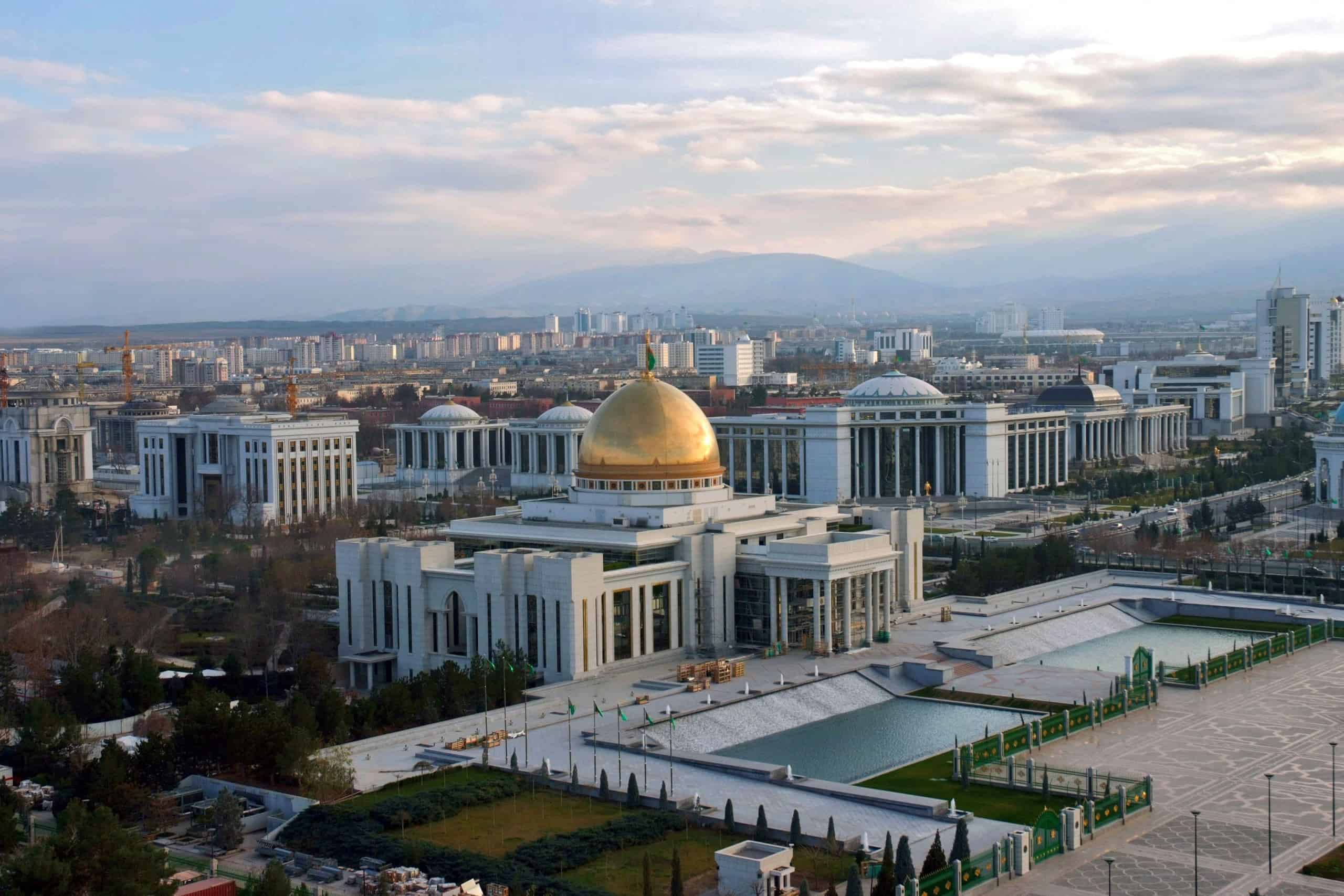 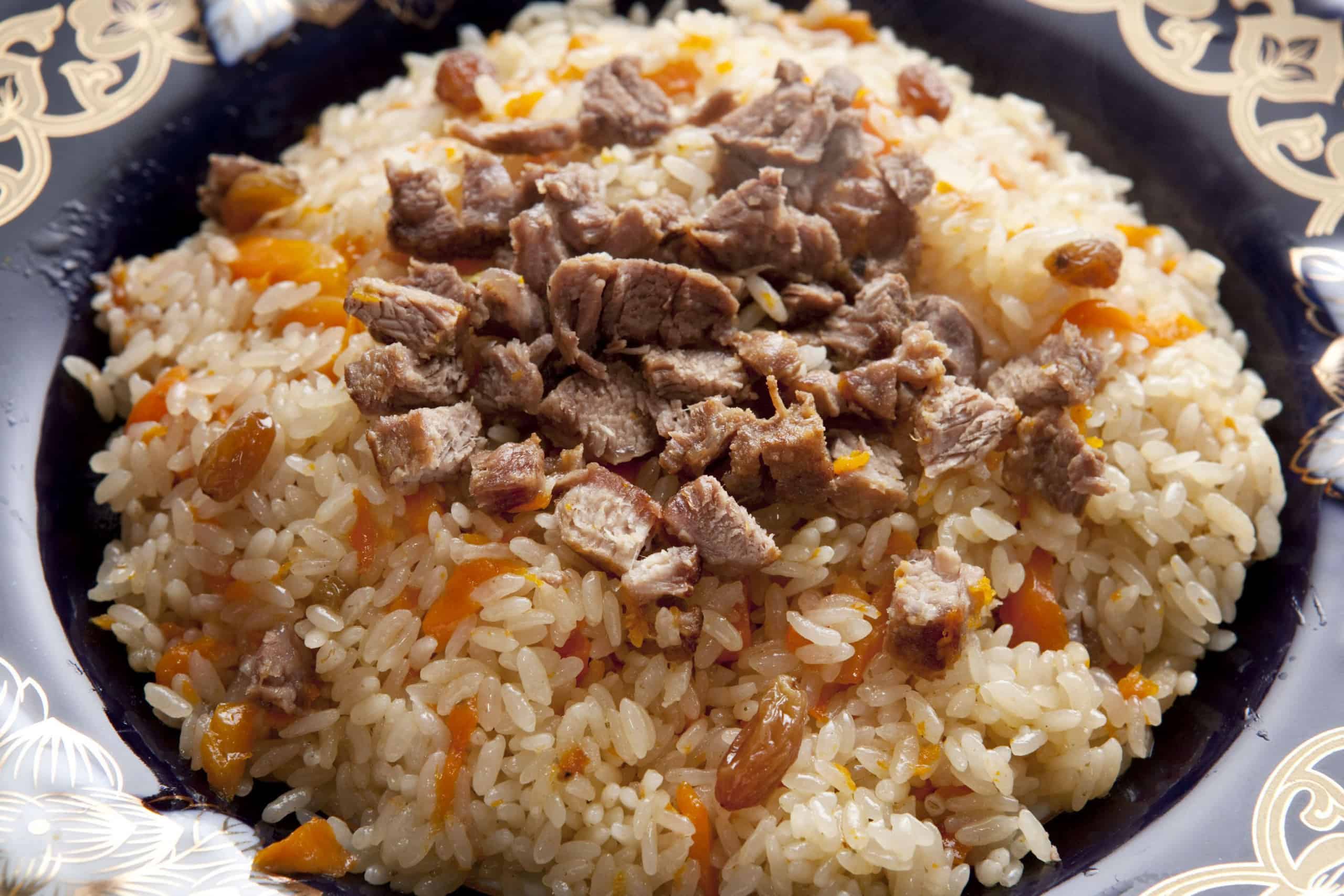 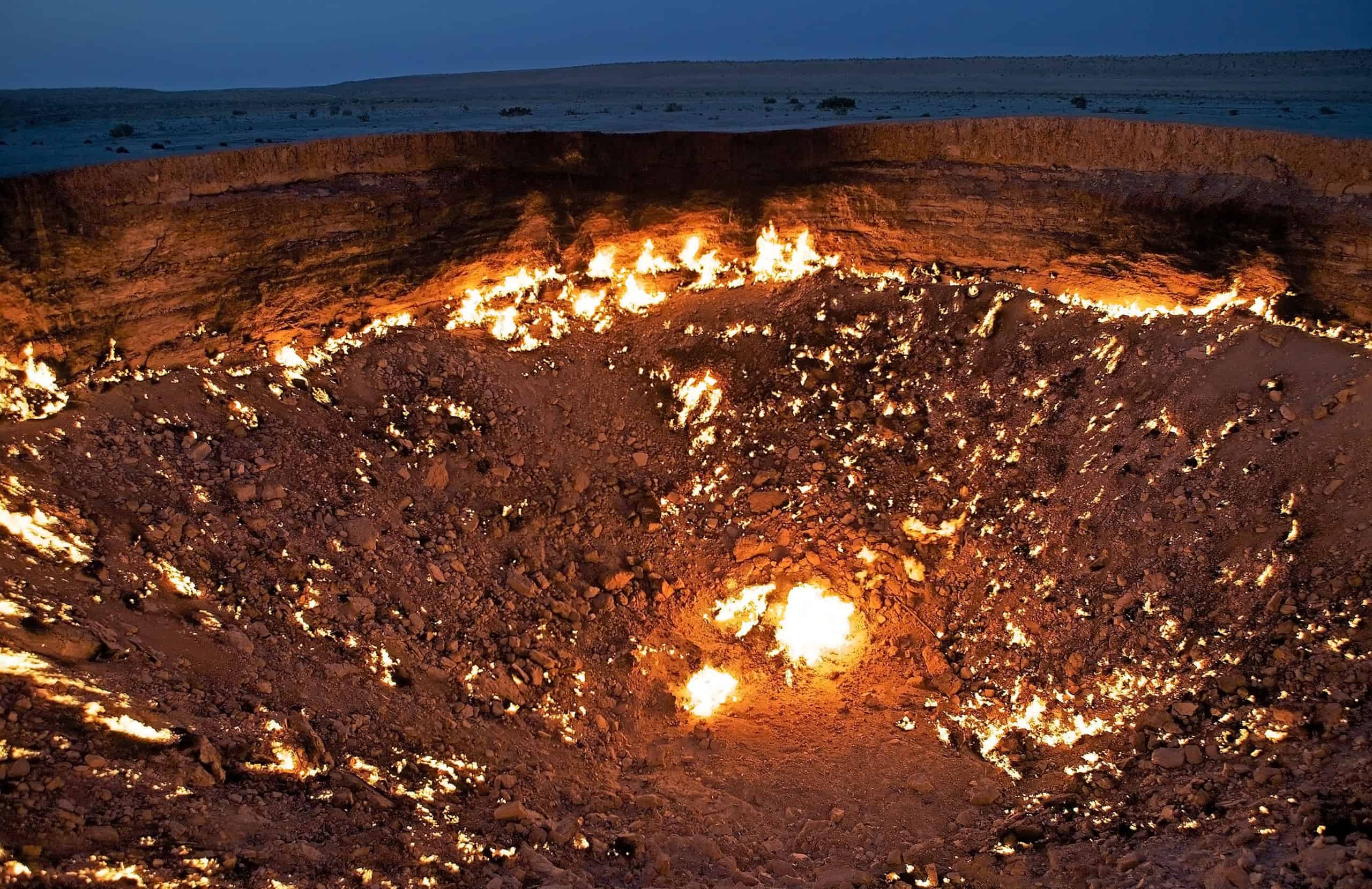 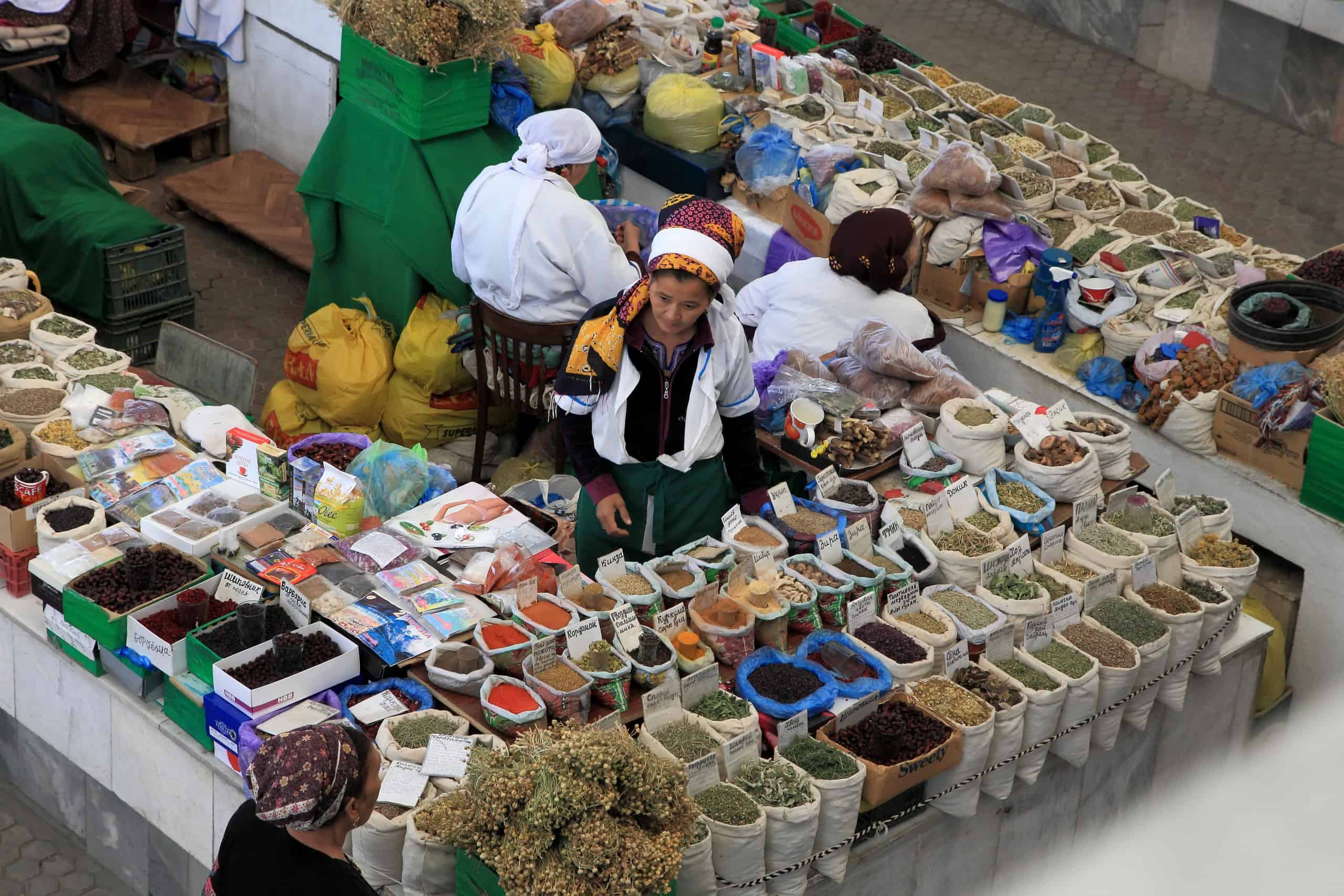 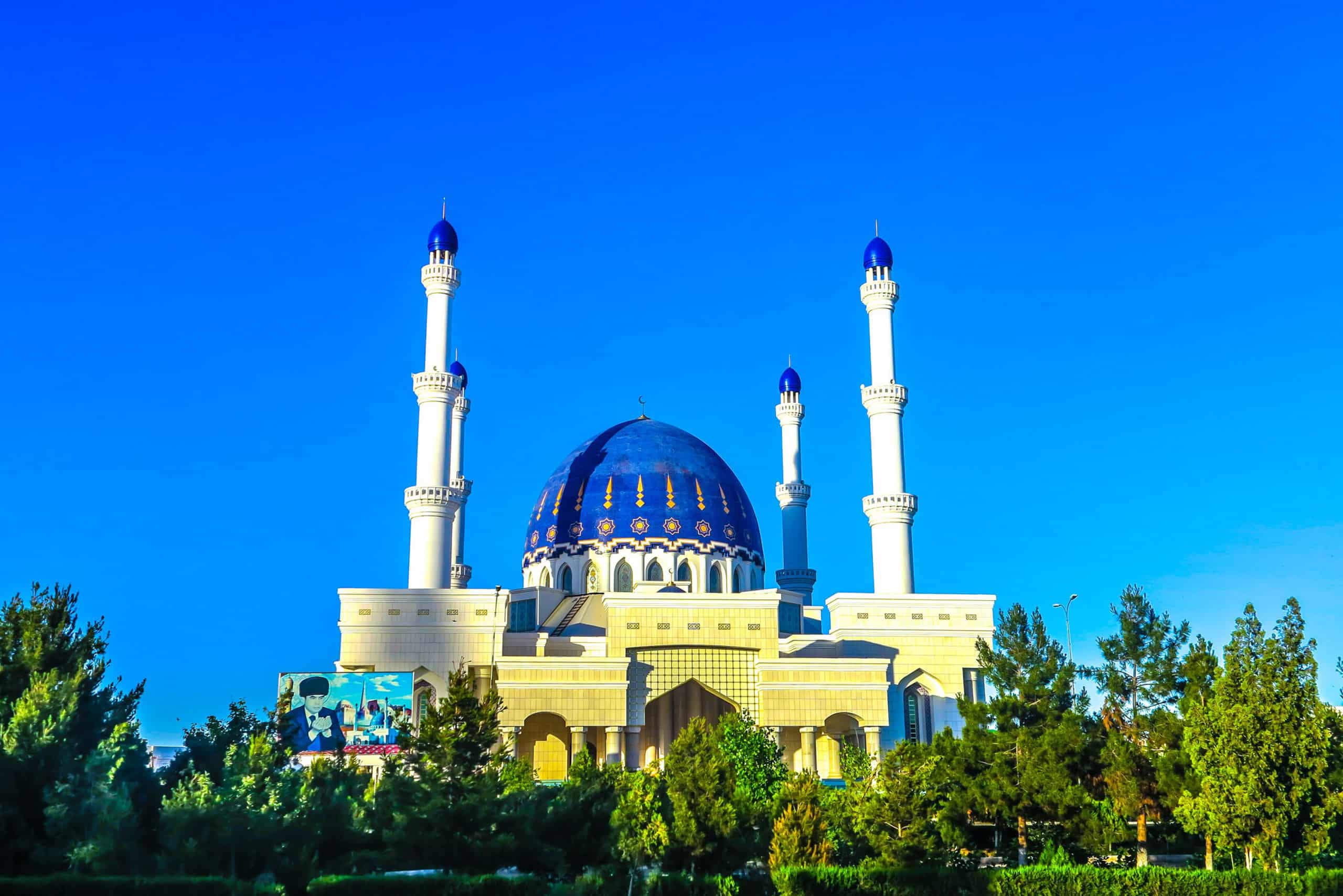