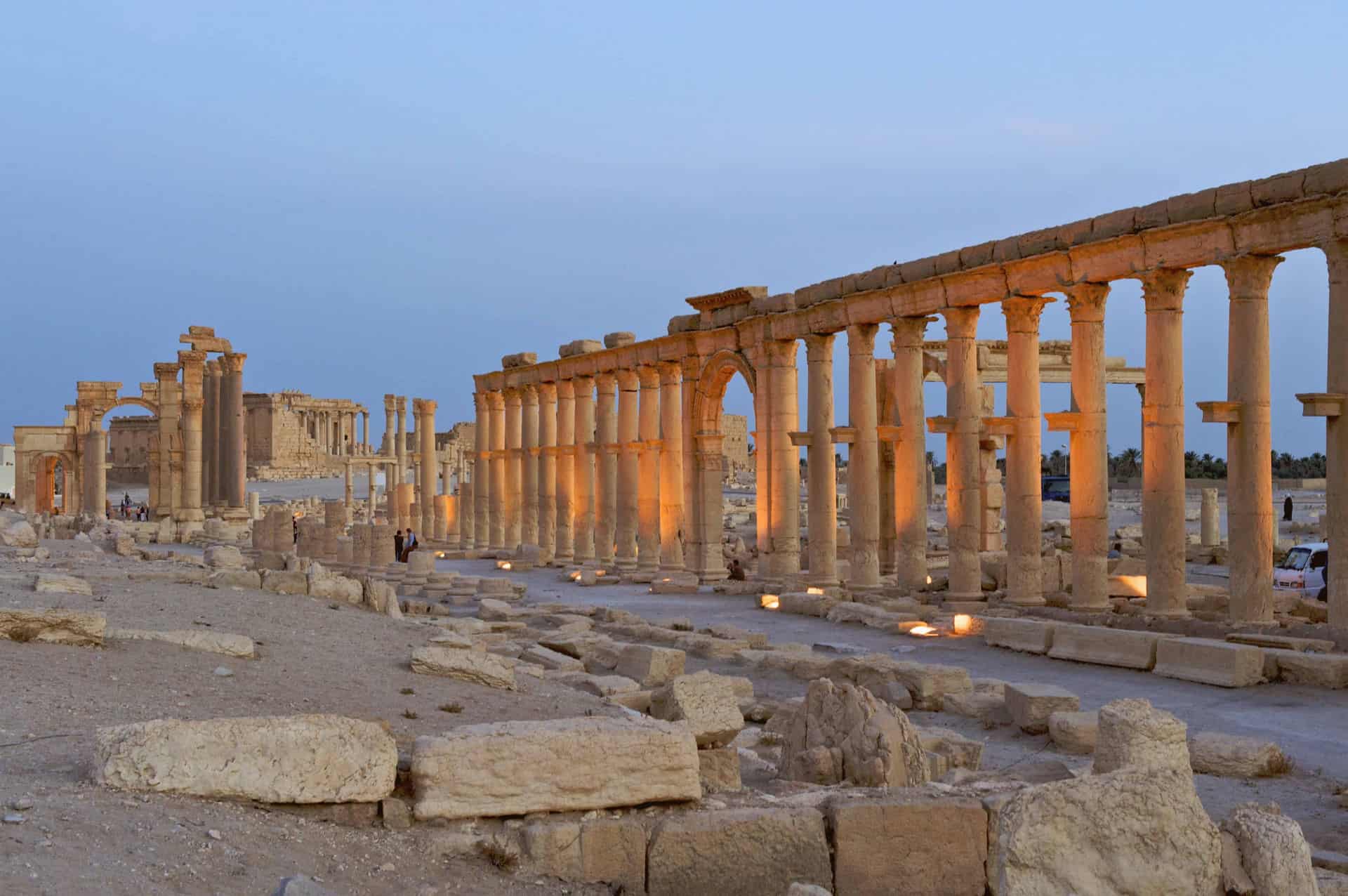 Damascus was once the bastion of the Umayyad Caliphate, which ruled the Islamic world from Syria during 661 to 750. Thus, the grand mosque in the capital serves as the legacy of one of the greatest Muslim dynasties.

Largely believed as the oldest continuously populated city, Damascus presents a showcase of cultural marvels spanning different periods. The Umayyad Mosque alone is steeped in layers of history, having been a worship site for the ancient Aramaeans and the Romans.

Inside the mosque is a shrine that is said to house the head of St. John the Baptist. Both Muslims and Christians pay their respects to this shrine.

Another source of amazement in Damascus is the Straight Street, the popular Roman thoroughfare that figured significantly in the Bible. It was the site of the apostle Paul’s conversion to Christianity.

To see more of the city’s rich highlights, the Damascus National Museum presents a fascinating collection of artifacts, such as the ruins of a synagogue from the 2nd century and clay tablets etched with the world’s oldest alphabet, the Ugaritic script.

Aleppo is a medieval city in Syria characterized by the mighty walls, towers and gates of an imposing citadel that still stands today. Once an integral stop along the Silk Road trading route, Aleppo now bristles with its popular traditional markets, or souks.

Within the Citadel of Aleppo, several ruins of past civilizations were discovered to date back to as early as the 10th century BC. Crumbled remnants of mosques and palaces bear references to the Graeco-Roman period, the Ottoman rule, as well as the Arab occupation in the 12th to 14th centuries.

Aleppo’s Christian quarter has a great concentration of churches that show how the Ottomans tolerated other religions during their occupation of Syria. Exploration of this area reveals Protestant, Catholic and Orthodox churches. There is more to see in Aleppo’s National Museum and the Great Mosque.

The vast possibilities of sightseeing around Aleppo can leave travelers famished and weary. While you’re resting, take the time to sample the city’s culinary staples, like the hummus and kebabs, at the open-air cafes right across the citadel’s main gate.

Palmyra, the desert oasis found halfway between Damascus and Aleppo, was once the fortress of the legendary conqueror Queen Zenobia, who stood her ground against the Romans and the Persians.

The city was originally known as Tadmor. It was renamed by the Romans as Palmyra in reference to the lush palm trees that thrived in the land. It was an important trading stop for caravans because it linked the Roman Empire to China, Persia and India.

Palmyra’s ruins are proof of how the city lived in rich splendor rising from the vast Syrian Desert. Travelers will be entranced by the layout of a typical majestic Roman city, with its remnants of colonnaded streets, arches and huge temples.

The popular highlights of the archaeological site are the Valley of Tombs, the Temple of Bel, and the Monumental Arch. High above the city is the Arab Castle of Qala’at ibn Maan, from which one can see a sweeping view of ancient Palmyra.

Bosra impresses with its amazingly preserved Roman theater. About 67 miles south of the Syrian capital, the structure is often the object of fascination for many travelers to the city.

After massive restoration efforts, the theater is an astounding sight to behold with its intricate Corinthian columns and seating complex. It is actually housed inside a 13th-century citadel, another one of Bosra’s cultural gems. Other Roman ruins in the city include the baths and the monumental gates.

The ancient city is a prominent site in the Islamic world, having been the site of the fateful encounter between Prophet Mohammed and the monk Bahira. It was in the old basilica, which dates back to sometime between the 3rd and 4th centuries, where the 12-year old Mohammed heeded the call to religious vocation, eventually leading to the founding of Islam.

The al Mabrak Mosque is also linked to one of Prophet Mohammed’s visits to Bosra. Two more religious structures, the Mosque of Omar and the al Khidr Mosque, are worthwhile stops along the tourist trail because of the architectural insights they offer.

St. Simeon Church is located 60 kilometers (approximately 37 miles) from Aleppo. This historic structure was erected on the site where St. Simeon the Stylite once stood atop a hoisted pillar for 37 years as a form of supplication.

The saint, honored by Anglican, Roman Catholic and Orthodox churches, rose to fame when he chose to live as a hermit monk while staying above the ground in the year 423. The site soon became a place of pilgrimage for people who gathered around him to listen to his prayers.

St. Simeon’s followers grew in number through the years, even after his death. To accommodate the pilgrims praying at St. Simeon’s column, the church was constructed in 473.

The location, part of a complex known as Qala’at Semaan, provides rich examples of ancient architectural styles. Visitors will marvel at the U-shaped monastery, the basilica, as well as St. Simeon’s column, which is marked by a boulder on top.

Hama abounds in charm and attractions that are unique in a country filled with ruins of old churches, mosques and palaces. Situated on the banks of the Orontes River, Hama is one of the largest cities in Syria. It developed from the ancient settlement of Hamath, which existed in the Neolithic age

The focal point of interest in Hama is the collection of norias, or wooden waterwheels, found in the center of town. These devices used to draw water from the river. The water is then transported via aqueducts to irrigate agricultural areas.

It is said that these norias, 17 of which remain standing in Hama today, originated from the Byzantine period.

After gazing at these magnificent waterwheels, pay a visit to Hama’s museum, which is housed inside the Azem Palace, a fine example of 18th-century Ottoman architecture. Mosques and Greek Orthodox churches are also found in Hama, enriching the sightseeing route.

Krak des Chevaliers recalls the time of the Crusades during the 11th to 13th centuries. The well-preserved structure, located near Homs, exquisitely represents the type of architecture followed by most fortified castles during the medieval times.

Appearing like a castle out of a fairy tale, Krak des Chevaliers was built from 1142 to 1271. Despite holding out against several attacks, the fort finally fell to Mamluk Sultan Beybar, who also integrated expansions to the castle toward the late 13th century.

The castle boasts two walls separated by a moat. The outer wall has 13 towers, which leads to a courtyard. The Romanesque chapel inside was converted into a mosque when the sultan took over the castle.

It is said that the chambers once held kitchens that could store food lasting for five years, as nourishment for the knights in the event of a siege.

Apamea thrives as an Eastern crossroads, welcoming the likes of Septimus Severus, Cleopatra and other distinguished visitors. Built by the Greek-Macedonian Empire of the Seleucids in 300 BC, Apamea is located on the right bank of the Orontes River and is 55 kilometers (34 miles) northwest of Hama.

Today’s visitors to Apamea will be met by magnificent ruins that are mostly of Roman and Byzantine origin. You will not miss seeing the city’s two-kilometer-long main road, or cardo maximus, lined by tall columns. Comparing it with other Roman roads in other Syrian cities, Apamea’s main street is longer than that of Damascus and Palmyra.

Also part of the attraction are the Mudiq citadel and the remnants of a theater. Along with churches, baths and Roman residences, these ruins signify the highly developed city of Apamea during its glory days.

The Dead Cities refer to Roman and Byzantine villages that flourished during the first ten centuries. Wrapped in mystery, these settlements reportedly total to more than 700, occupying an elevated patch of limestone-rich land in northern Syria.

Serjilla and Bara are two of the most famous areas in the Dead Cities. Recognizable ruins of churches, burial chambers, houses and other rural structures are telltale signs of former life. St. Simeon’s Church is actually part of these abandoned communities.

Easily accessible an hour south of Aleppo, just off the Aleppo-Hama Highway, the once-populated villages lie in decay but offer a rich perspective into the agricultural region.

It is said that olives, wheat and grapes were previously grown in the Dead Cities. Industries such as winemaking and olive oil production supplied the needs of the ancient population in and around Aleppo.

Dura-Europos is a city ravaged by war and abandoned in the 3rd century. The discovery of this ancient city in the 1920s led to a brilliant study into the many cultures that swept Syria throughout the centuries.

Located in the eastern part of the country, Dura-Europos overlooks the Euphrates River. It was established by the Macedonians some time in 300 BC.

Within the five centuries of its existence, Dura-Europos fell into the hands of the Greeks, the Parthians and the Romans. Sassanians from Persia are said to be responsible for the destruction of the city after overpowering the Roman Empire.

The first of several archaeological finds in the site was the Temple of Bel, whose wall paintings greatly intrigued the British soldiers who unexpectedly unearthed it while digging a trench back in the 1920s.

Other vital portions uncovered were the Palmyrene Gate, city walls, a Christian house church and a synagogue. 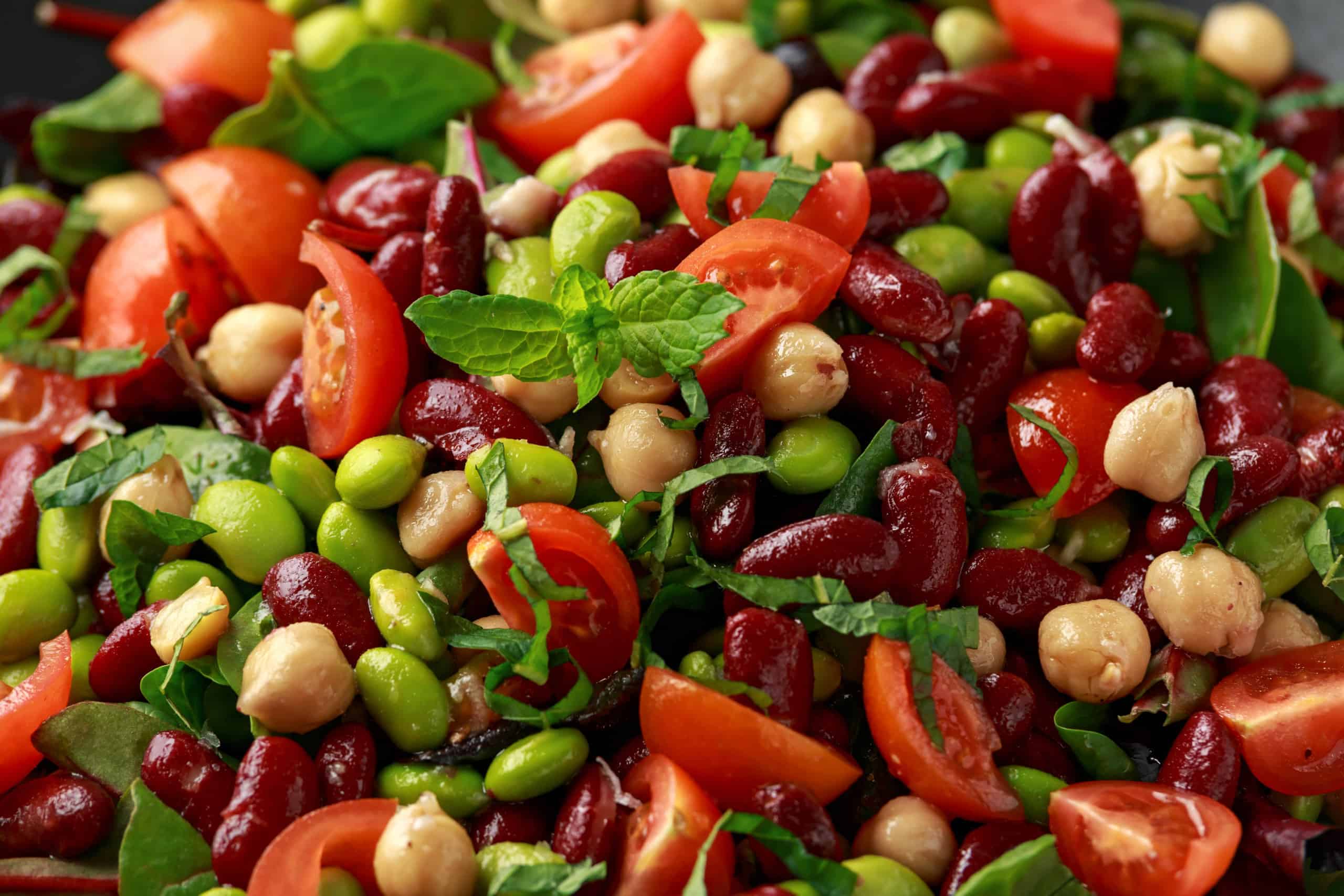 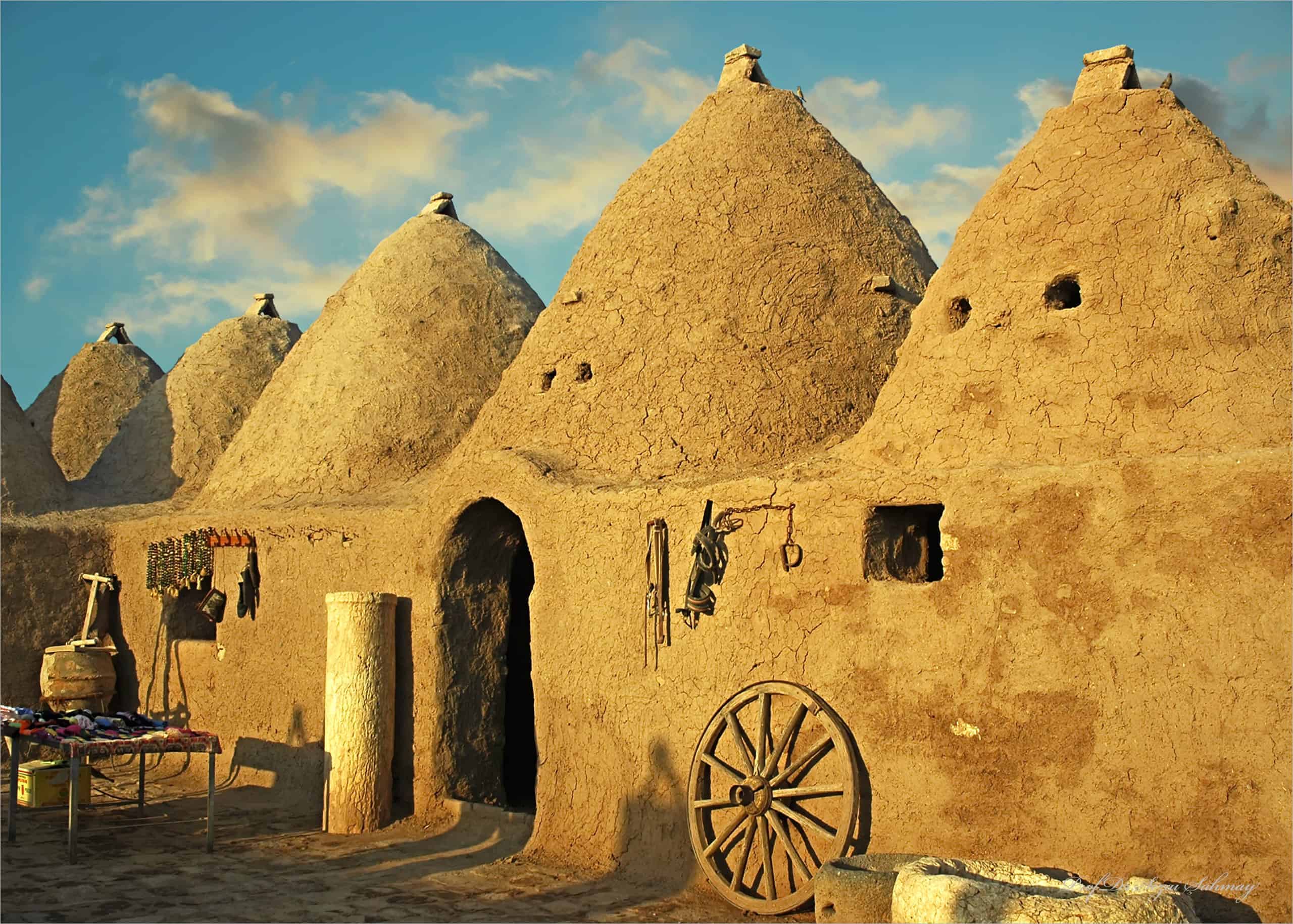 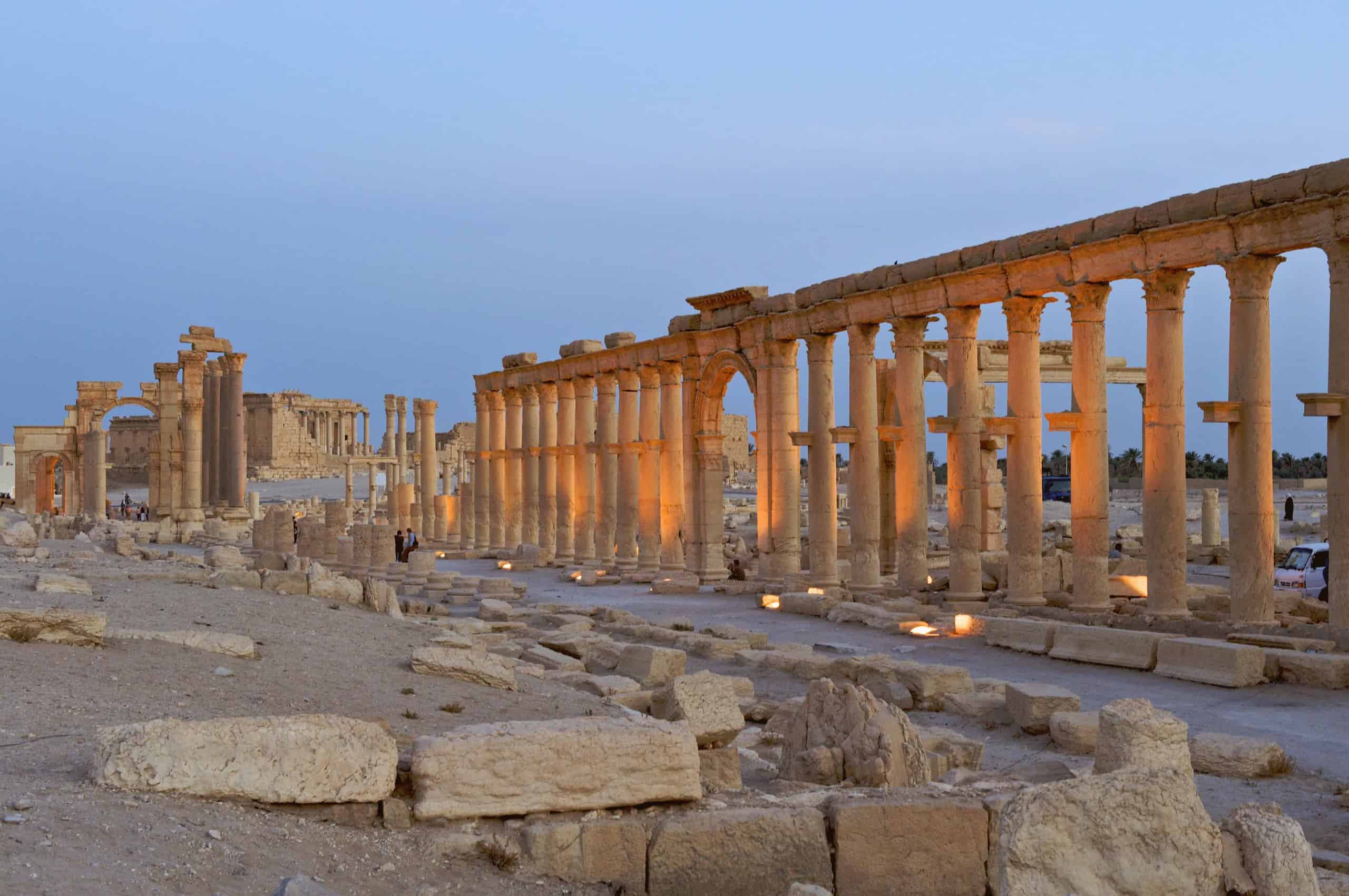 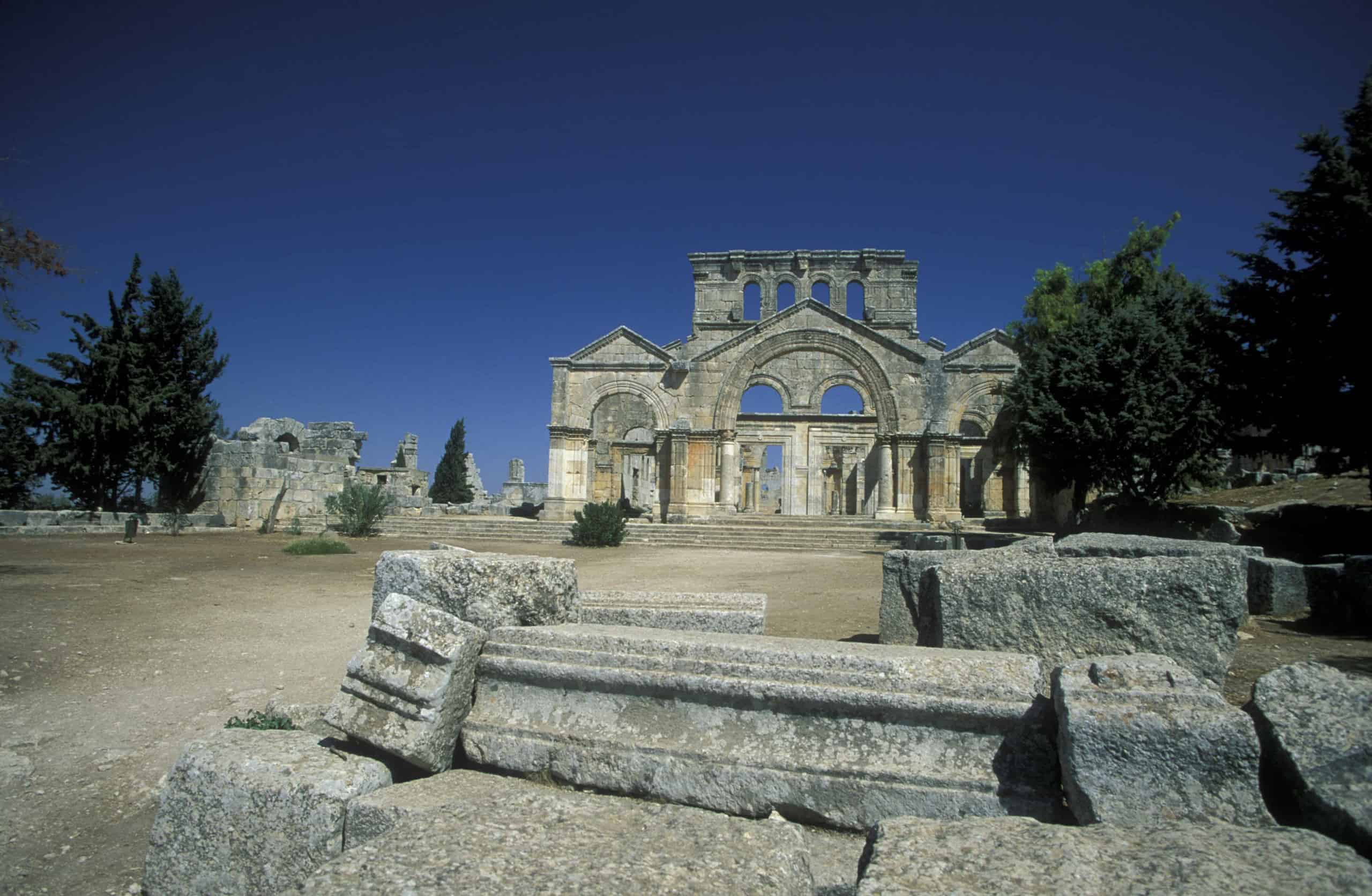