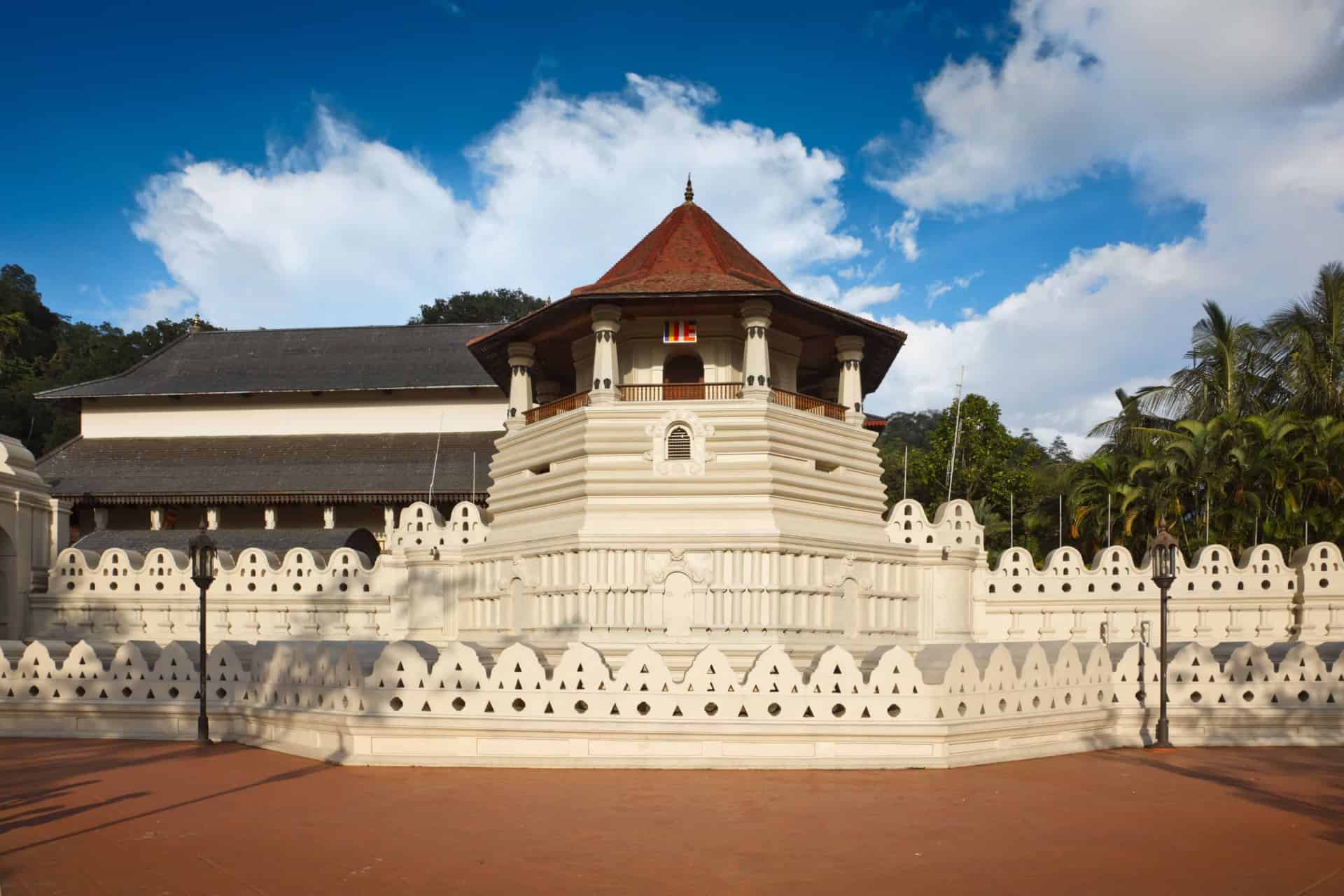 Sigiriya is another one of Sri Lanka’s World Heritage Sites. Its name literally translates to “lion’s rock.” It used to be an ancient rock fortress, monastery, and palace complex, with gardens, reservoirs, and ancient frescoes.

A centerpiece of the area is the Sigiriya Rock, a gigantic 370-meter-high igneous rock structure made from hardened magma that used to be contained in an ancient volcano. The volcano has long been eroded away, but the magma plug – the Sigiriya Rock – remains.

At the bottom slopes of the Sigiriya Rock lies a lower palace, as well as gardens and moats that extend a few hundred meters outward from the rock’s base. Some of the gardens are the water garden, full of moats and pools. The boulder garden is made up of several large boulders that are linked by pathways, while the terraced gardens are a series of rising terraces that lead from the boulder garden up to the Lion Gate.

The Lion Gate and the mirror wall are located at the middle portion of the Sigiriya Rock. The mirror wall is a large porcelain wall that was once so shiny, the king could see himself in it.

At the top of the Sigiriya rock, on its flat surface, is the upper palace, whose splendor is still a sight to behold despite its age.

It was declared a wildlife sanctuary in 1938 and a national park in 1997 to protect the Minneriya tank, a historically important feature because it was built by Sri Lanka’s King Mahasen during the 3rd century.

Today, because of this tank, Minneriya has become a feeding ground for the elephants that come in large herds from the forests of Trincomalee, Polonnaruwa, and Matale, especially during the summer season.

This park is also home to two of Sri Lanka’s endemic monkeys – the purple-faced langur and the toque macaque – and rare mammal species such as the Sri Lankan leopard and the Sri Lankan sloth bear.

Minneriya National Park is also one of Sri Lanka’s important bird areas. The Minneriya tank is an important habitat for the painted stork, the spot-billed pelican, many other endemic birds, and 11 bird species that are under threatened status.

Polonnaruwa is Sri Lanka’s second most ancient city and is arguably the best-planned archeological site in the country – a testament to the intelligence and foresight of Sri Lankan kings.

During Polonnaruwa’s Golden Age, King Parakramabahu I declared that not a single drop of rain should be wasted; all should be used in the development of the land.

As a result, he constructed an irrigation system so efficient, it is still used to this day to supply water to the paddies in the east of the country.

An important and awe-inspiring element of this irrigation system is the Parakrama Samudraya (“Sea of Parakrama”) – a water tank so huge, people who don’t know it is man-made often mistake it for the ocean.

It is, in fact, more of a giant moat, encircling the main city and nourishing it in times of peace, and protecting it from invaders in times of war.

In 1982, the Ancient City of Polonnaruwa was declared a UNESCO World Heritage Site.

In Monaragala district, you will find the Buduruwagala temple. This ancient Buddhist temple features a large rock on which are carved seven statues, including a 16-meter statue of Buddha, which is carved at the center.

The carvings are believed to have been made in the tenth century AD and were done following the Mahayana Buddhist school of thought – a form of Buddhism that is now extinct in Sri Lanka.

To the right of the gigantic central Buddha figure (your left, if you are facing the rock), you will find a roughly 12-meter statue flanked by two smaller figures. This central statue is believed to be Avalokitesvara Bodhisattva, which according to Mahayana Buddhist teaching, is the physical manifestation of Buddha’s compassion. The figures on its right and left are thought to be the figure’s consort and his son.

On the other side of the central figure are another 12-meter-tall statue, thought to depict Maithri Bodhisattva, and two smaller statues on Maithri’s right and left sides.

Nuwara Eliya is the center of Sri Lanka’s tea production industry – and tea is one of Sri Lanka’s biggest exports. From this region come some of the finest Orange Pekoe teas you can find in the world.

If you want to learn more about the tea you drink, you can take a guided tour in Nuwara Eliya to see how the world’s best teas are made. Of course, you can also sample and purchase products during the tour. No tea can be fresher than the one you get right from the tea farms.

But Nuwara Eliya is not just about tea. It also holds the Horton Plains National Park, where you can find leopards and sambars, as well as endemic species such as the purple-faced langur and the Sri Lanka white-eye bird.

For bird lovers, especially, you can visit Victoria Park, a popular bird-watching site, where you can see the Indian blue robin, the Kashmir flycatcher, and the pied thrush. 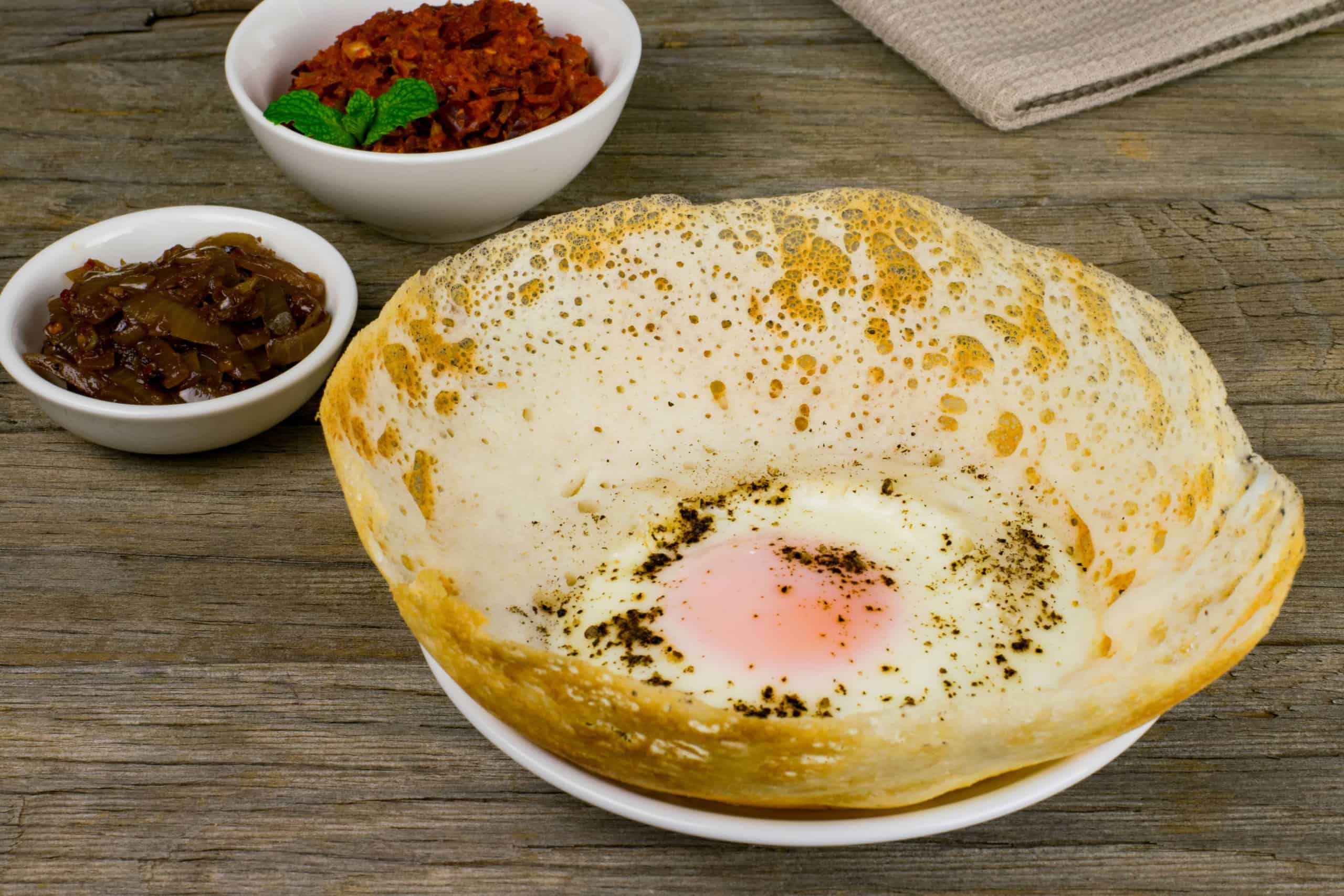 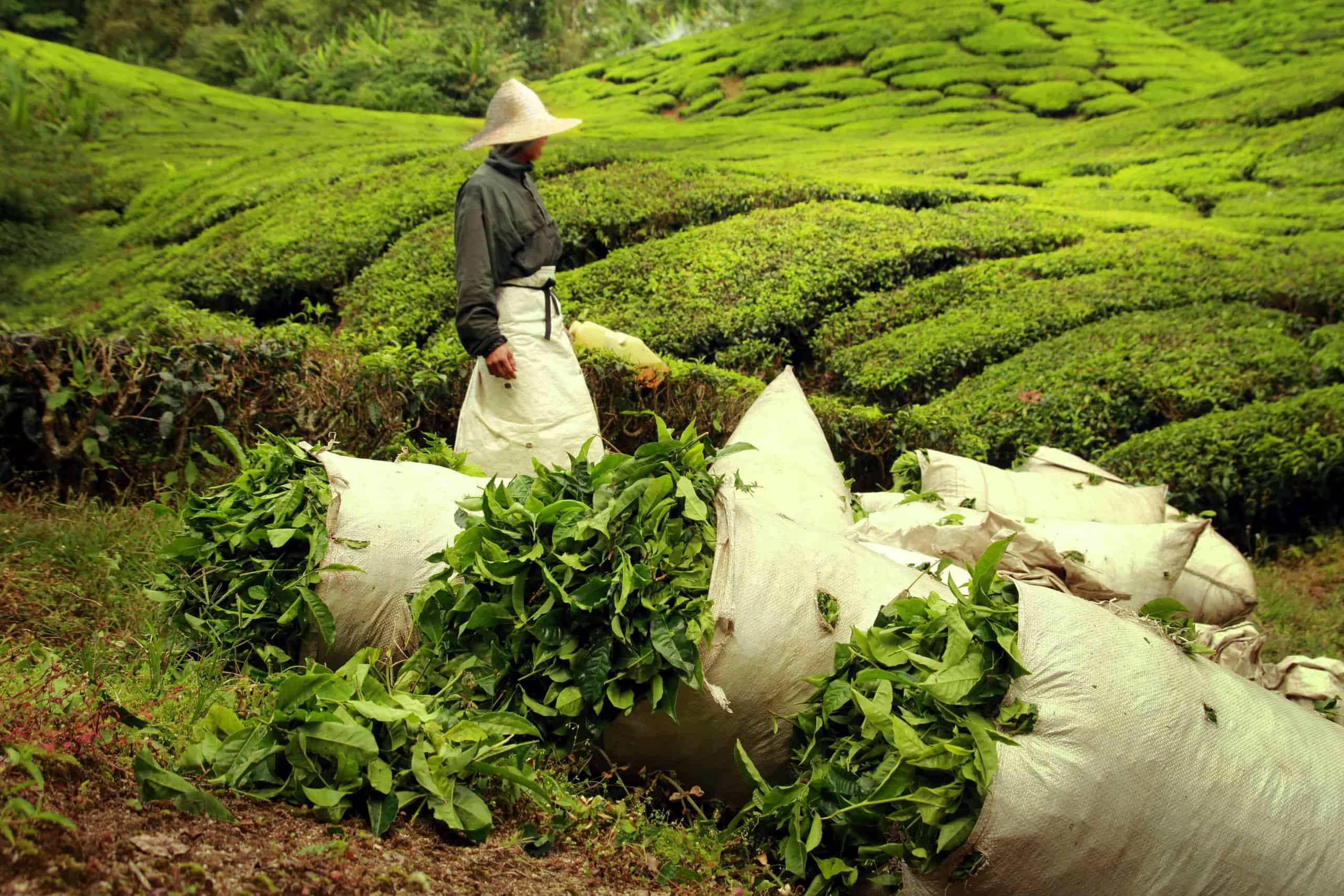 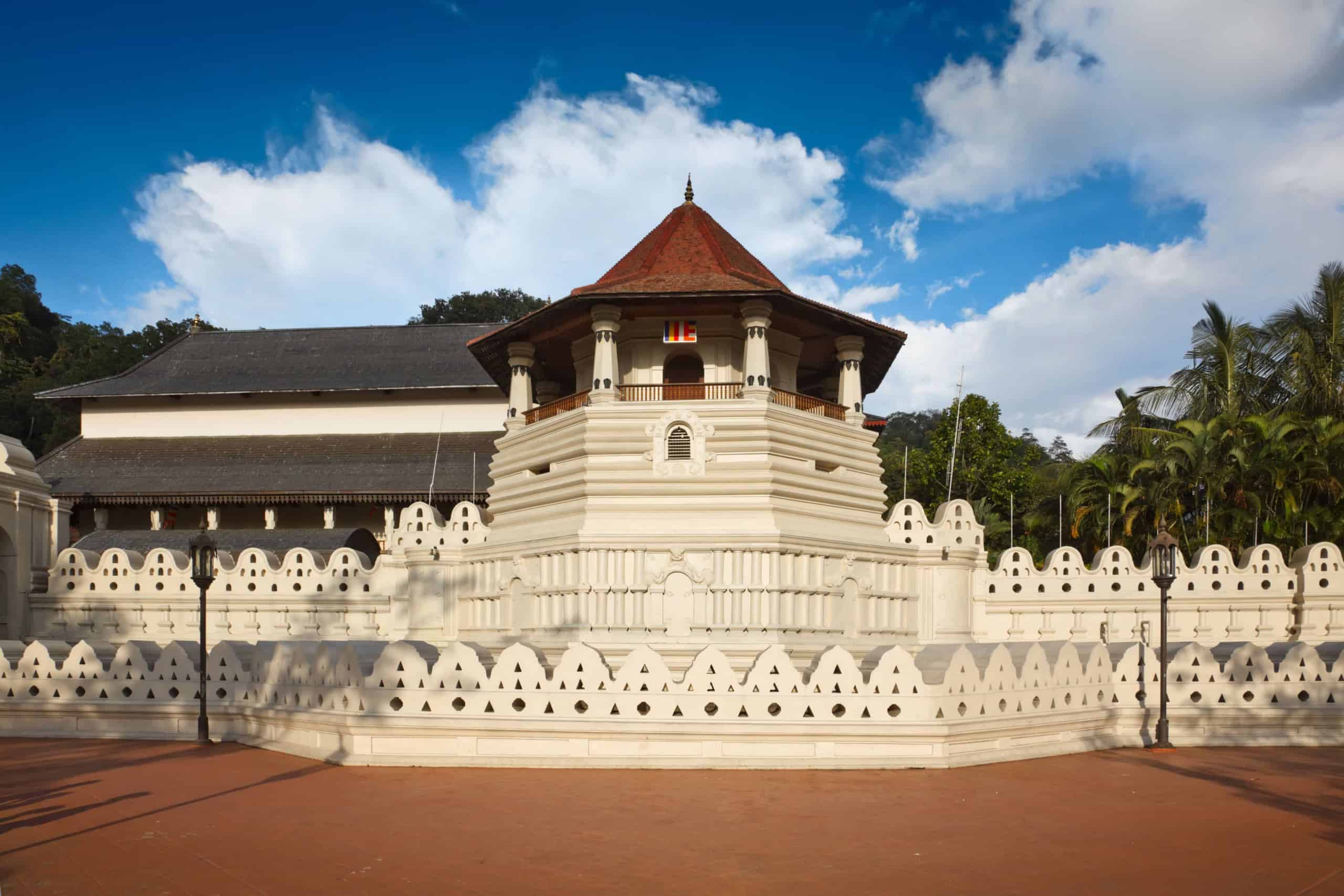 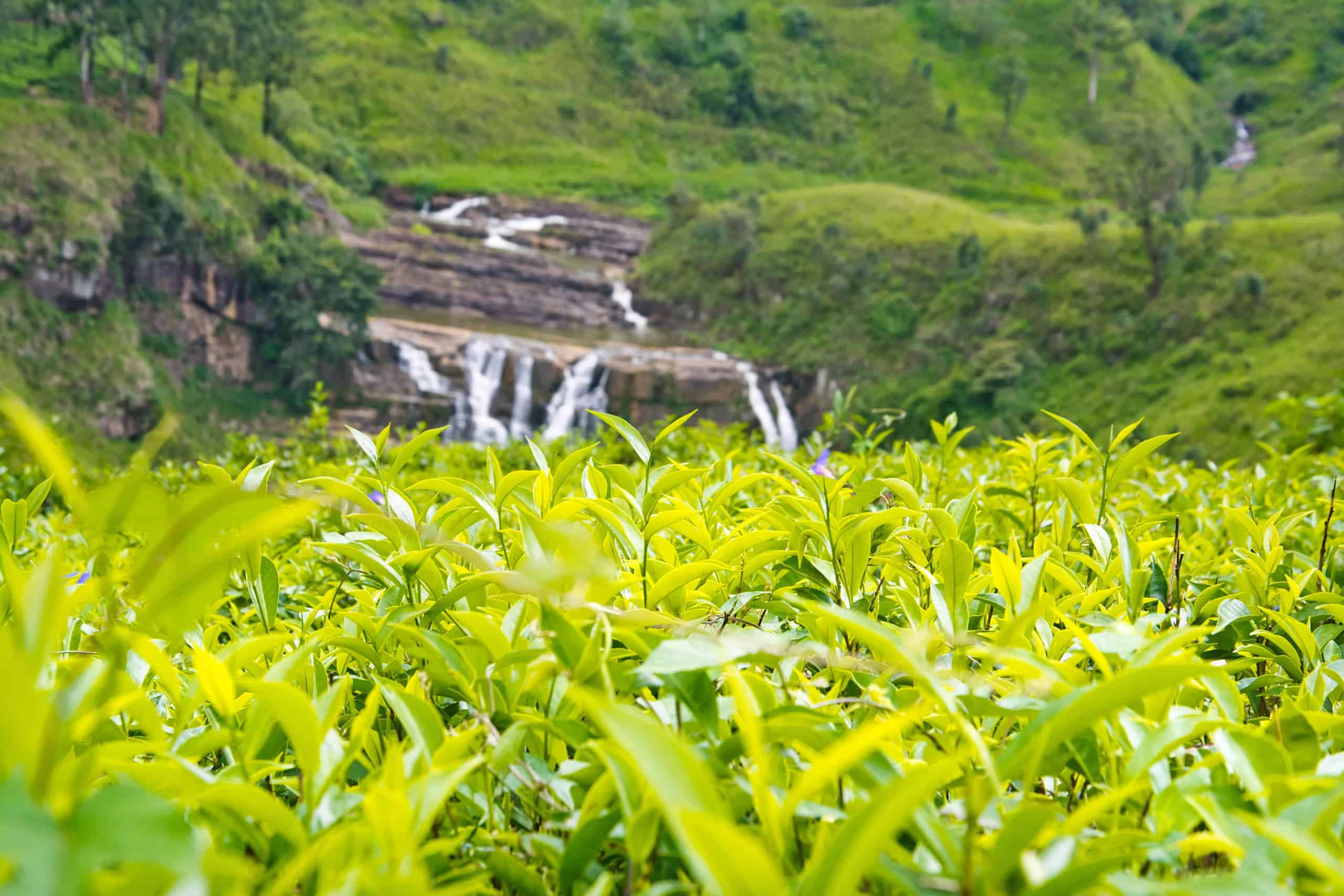