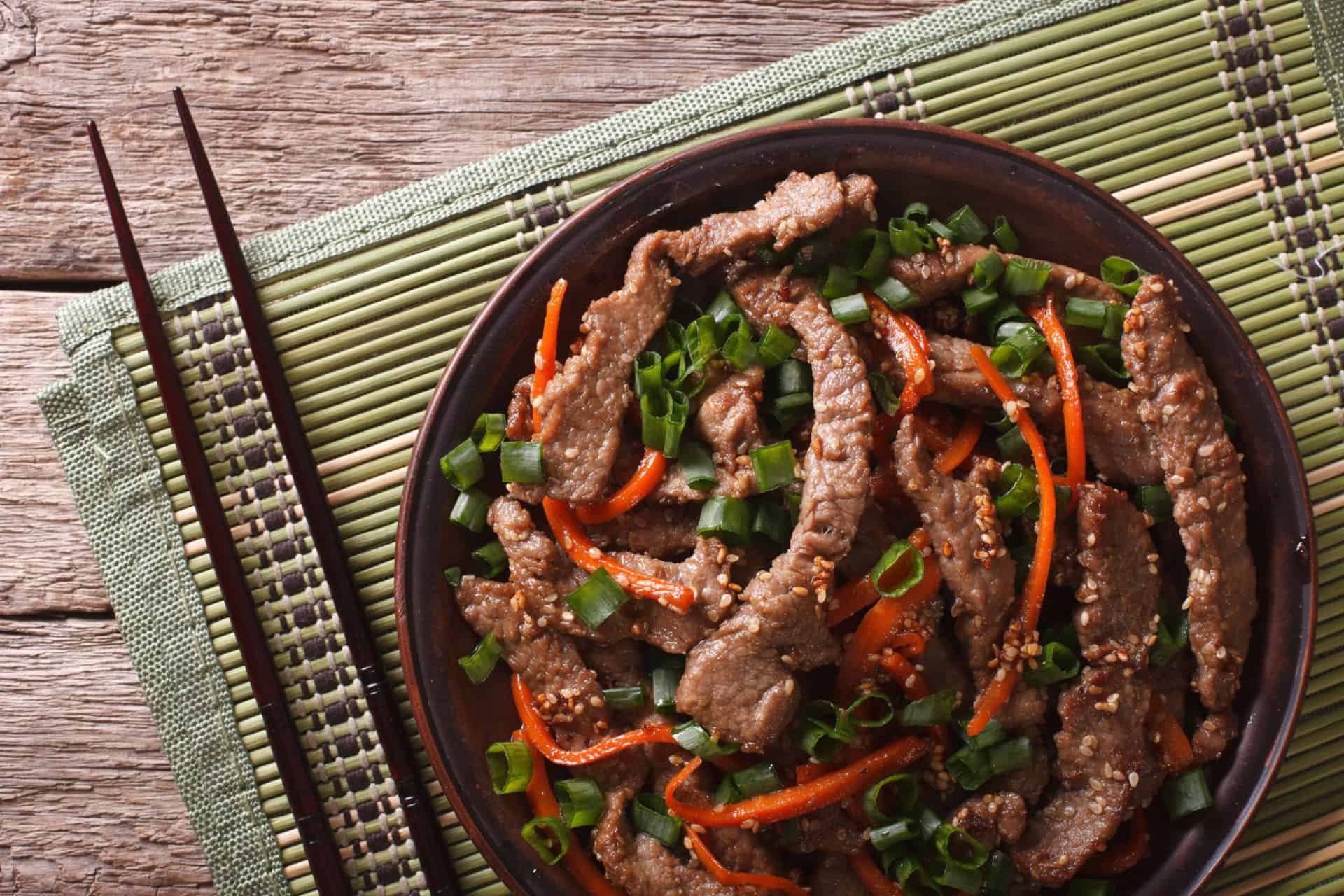 Bulgogi is the main meat dish of South Korea – a grilled beef dish that is served in almost every Korean meal. Made from prime cuts of beef, it is usually marinated in a blend of liquids and spices which include soy sauce, sesame oil, and wine.

While bulgogi can also refer to grilled chicken and pork, it commonly refers to grilled beef.

Bulgogi’s sweet and salty taste is best served with lettuce. The lettuce is usually wrapped around the cut of beef, along with your choice of sauce, rice, and other side dishes.

Kimchi is South Korea’s most famous side dish – both locally and internationally. Kimchi is fermented vegetables; its origin is traced to early Koreans preserving vegetables to make them last through the winter.

There are many types of kimchi, including cucumber kimchi, green chili kimchi, cabbage kimchi, and radish kimchi. They are usually made in different times of the year, but in winter, all the varieties of kimchi are available.

The unique spicy taste of kimchi is surprising, to say the least; but paired with other Korean food, kimchi is a delectable side dish. It is a staple in all Korean meals.

Bibimbap, which literally means “mixed rice,” is exactly just that. It is a Korean rice meal with plain rice, topped with minced meat, a variety of vegetables, and egg. This dish is often served during Lunar Calendar New Year as part of Korean tradition.

There is also the dolsot bibimbap. Dolsot means “stone pot.” This variation is served in a heated stone bowl, which keeps the food warm throughout the meal. For the two types of bibimbap, all the ingredients are mixed together first before they are eaten.

The bibimbap is a healthy dish that combines meat with a healthy amount of vegetables for a balanced meal.

Kimbap is one of the most popular snacks in Korea. They resemble the Japanese sushi: rice and other ingredients wrapped to form a rolled snack. They are often referred to as Korean sushi.

Kimbap, however is very different from Japanese sushi. Japanese sushi uses minimal ingredients and sometimes, raw fish, while kimbap use a variety of ingredients such as bulgogi, spinach, pickled radish, and even eggs.

Street vendors can often sell kimbap, as it is easy-to-eat food, which is great for Koreans (and tourists) who are always on the go.

Naengmyeon means “cold noodles” – a Korean favorite during the intense heat of summer. It is prepared by adding cold soup noodles, plus several toppings completing the delightful dish.

The noodles are thin and chewy and usually made of buckwheat. The toppings of the dish include scallions, radish, cucumber, sesame seeds, hard-boiled eggs, pear, and slices of beef, chicken, or pork. Mustard and vinegar are also served, to be used as seasonings for the naengmyeon.

During the summer, expect locals to be flocking to restaurants looking for this dish to relieve the intense heat that can be felt during this season. 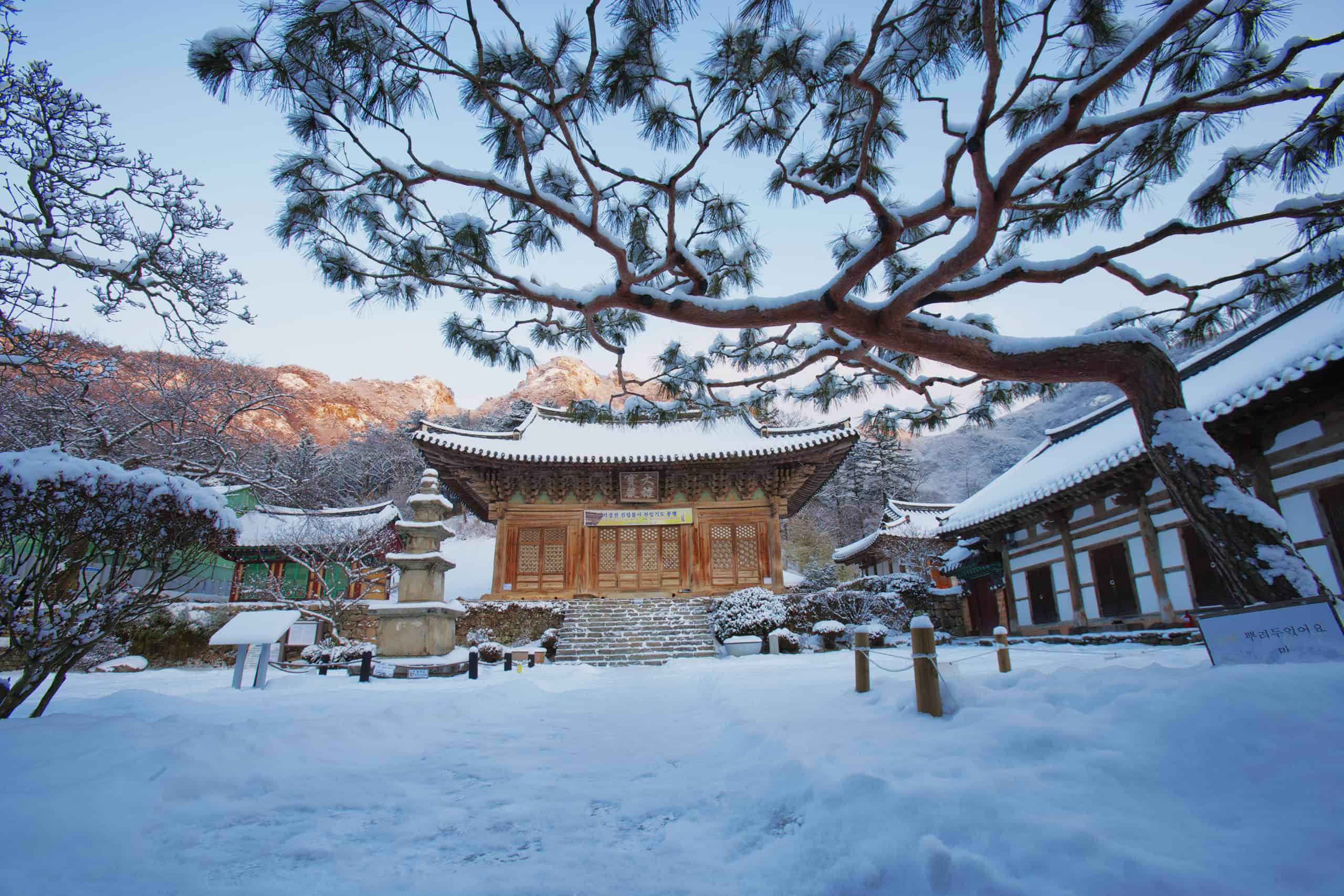 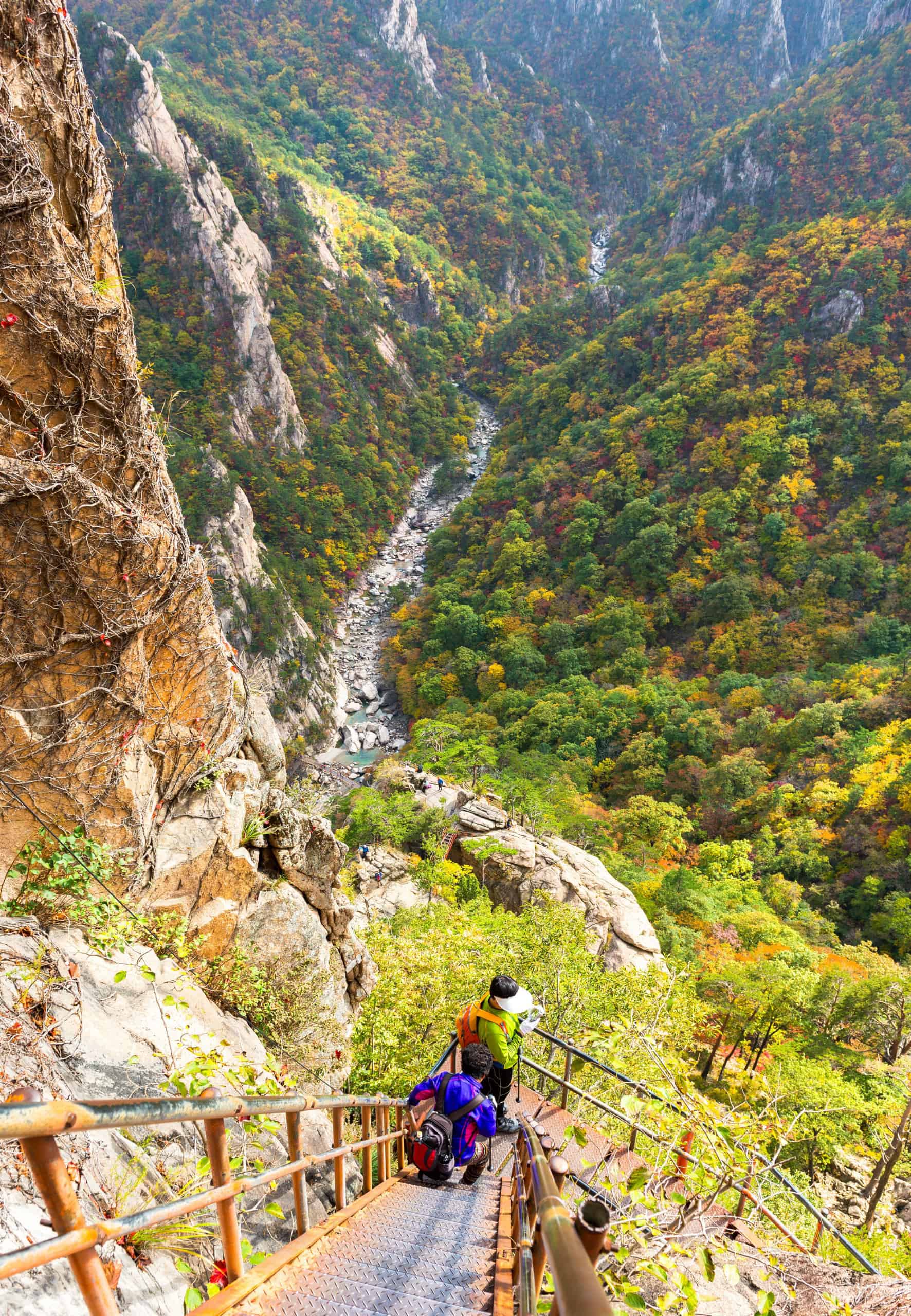 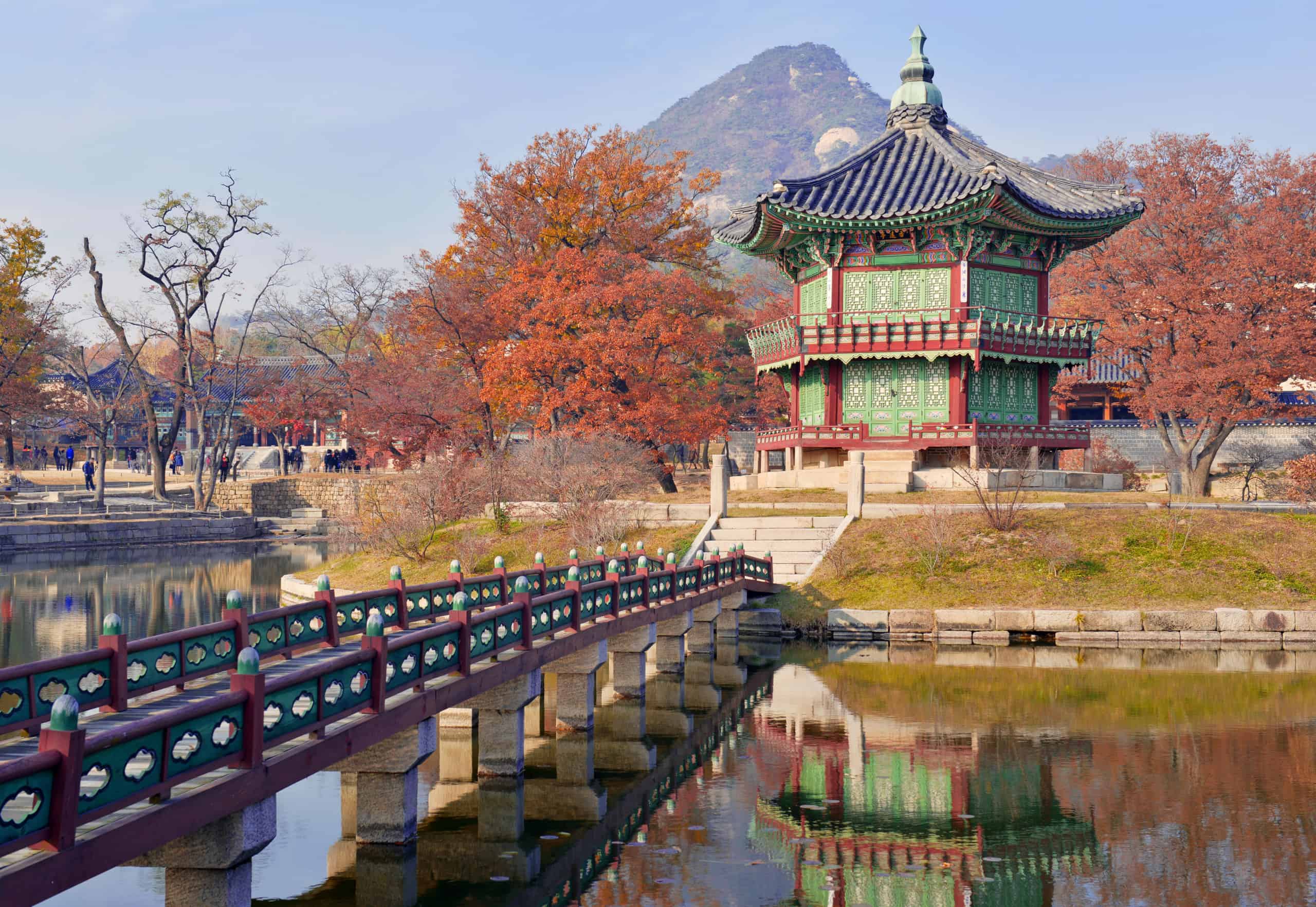 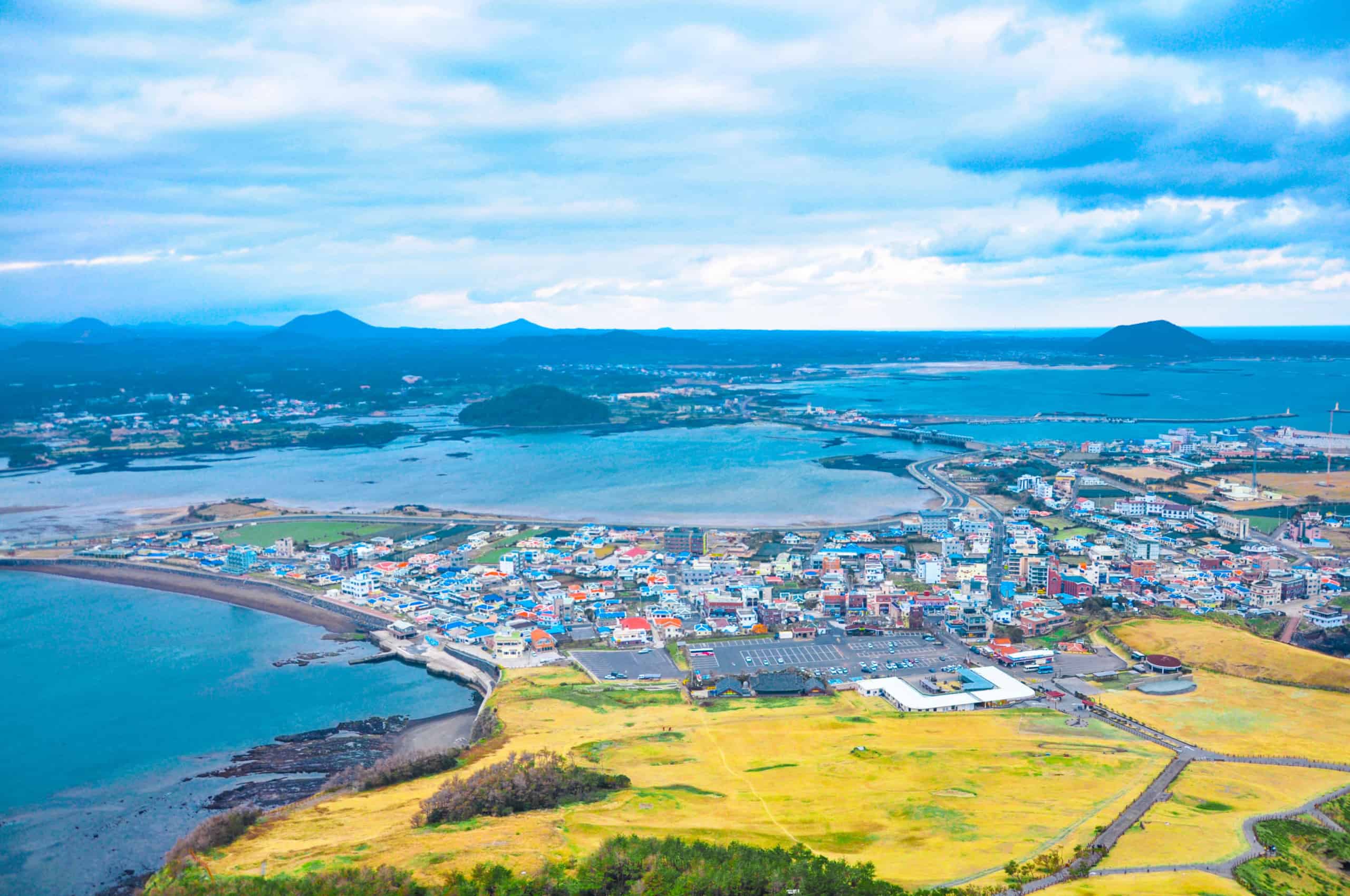 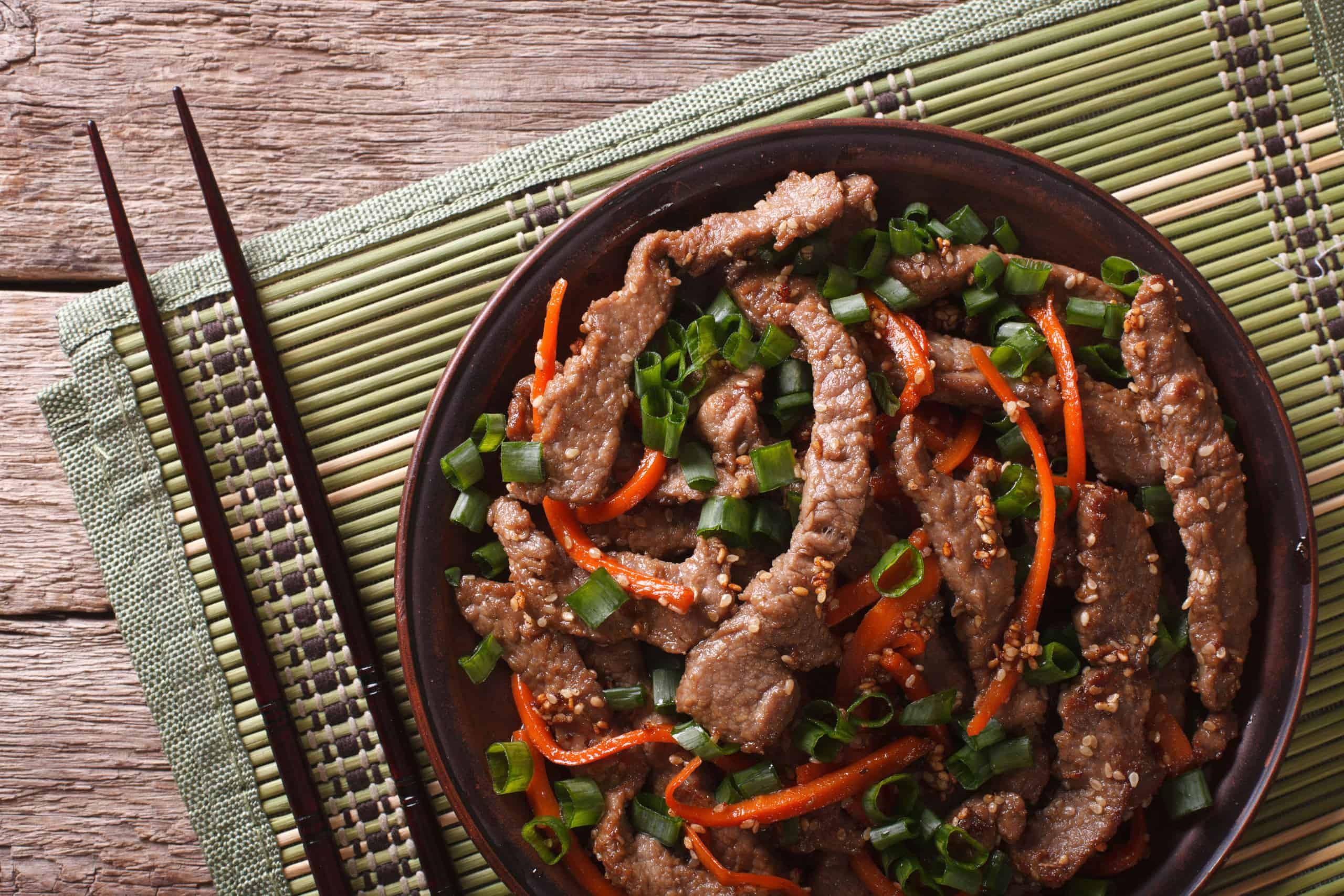