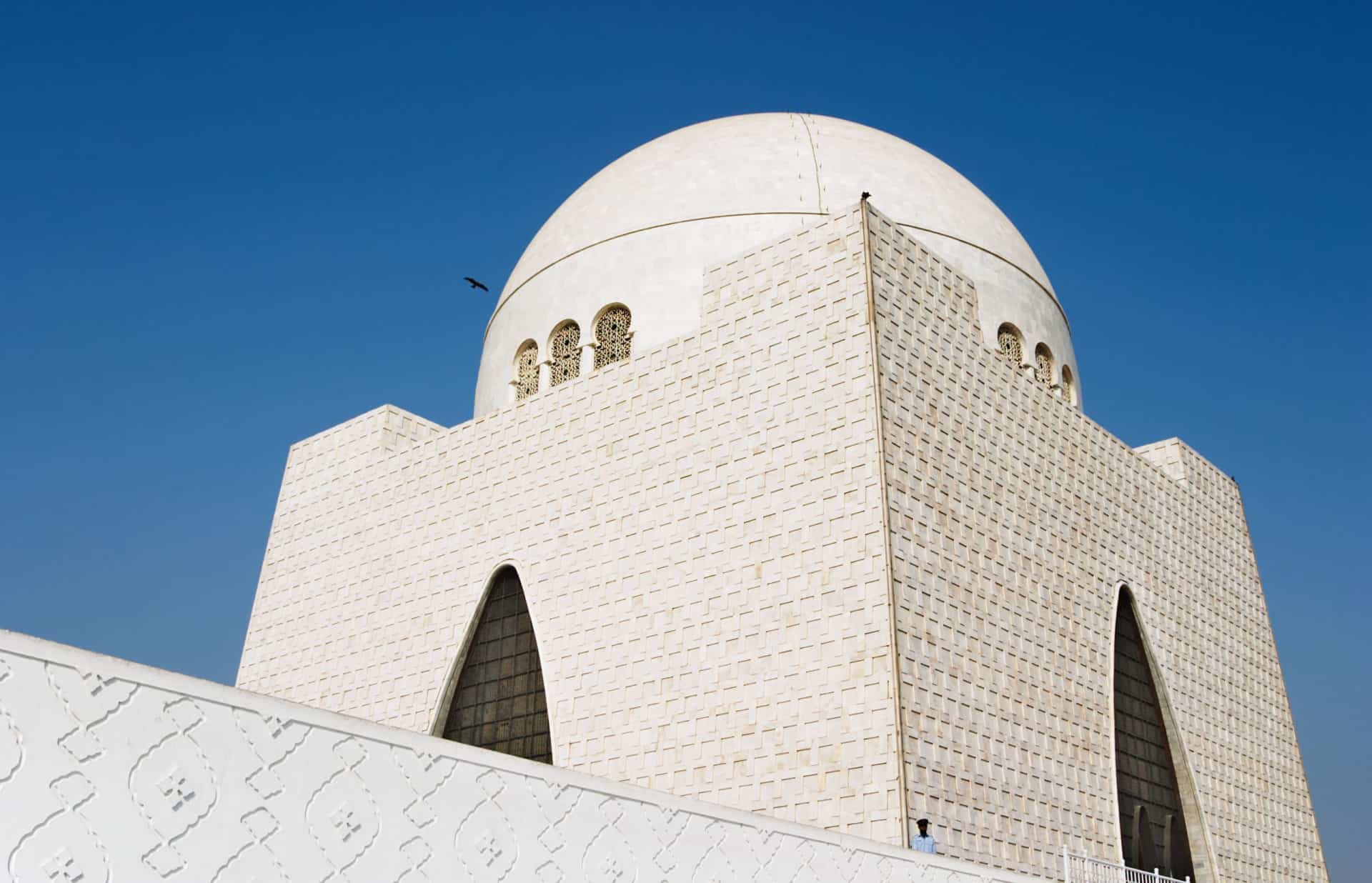 Gilgit-Baltistan is a major mountaineering hub in Pakistan. One of its greatest attractions is the Nanga Parbat, or the “Naked Mountain.” With its height of 8,126 meters (26,660 feet), it is the ninth tallest mountain in the world.

Nanga Parbat has what is often called the highest mountain face in the world: the 4,600 meter (15,000 foot) Rupal Face.

Although beautiful to look at, this gigantic bulk of rock and ice is no novice’s adventure; it is known by many to be a killer mountain. In 2010, a movie named “Nanga Parbat” depicted the true-to-life tragic story of two brothers, Reinhold and Gunther Messner, who tried to climb the deadly mount. Only one of them made it back alive.

Gilgit-Baltistan is also the jump-off point to a number of nearby historic places and tourist attractions.

For instance, located 10 kilometers (6 miles) away is a marvelous 7th century engraving of Buddha near the Kargah Nullah ravine. The Taj Mughal, built some 700 years ago, is another monument that you can visit. The monument is located about 30 kilometers (17 miles) from Gilgit town.

Other places of interest you can go to from Gilgit-Baltistan are the beautiful mountainous town of Gahkuch , which is an ideal place for trekking, and Naltar Valley, where several rest houses, hotels, a lush green forest, and even a ski slope can be found .

Lahore is the second largest city in Pakistan.

Its main attraction is the Badshahi Mosque, or the King’s Mosque. Completed in 1673, it is one of the biggest mosques in the world.

There are also many beautiful architectural sites that Lahore has inherited from the British colonial rule. A few examples of these sites are the University of the Punjab and the Lahore High Court.

The city’s other big attractions are its arts, cuisine, festivals, film making, and music. Lahore, after all, is the cultural heart of Punjab. This is unsurprising, for there are a myriad of poets and artists in the city.

Quaid-e-Azam Mausoleum, the tomb of Pakistan’s founder Muhammad Ali Jinnah, is a prominent and impressive landmark of Karachi. This white marble marvel is 43 meters (141 feet) high and occupies an area of 75 square meters (807 square feet). At night, this amazing structure is illuminated by spotlights that make it visible even from miles away.

If you want to take a closer look at Pakistan’s ancient heritage, you can visit the National Museum of Pakistan. Rich galleries display ancient coins and writings, Islamic artwork, Gandhara sculptures, and Indus artifacts.

The Tooba Mosque, locally known as the Gol Masjid, is one of the biggest single-dome mosques in the world. This pure white marble structure has a diameter of 72 meters (236 feet), with its walls balanced in such a way that they need no central pillars. Five thousand people can fit within its central prayer hall, and the acoustics is so well designed, a person speaking at one end of the mosque is clearly audible on the opposite end.

In the town of Thatta, you will find the Shah Jahan mosque, a grand structure made in 1647 during the reign of Shah Jahan, who also built the world-famous Taj Mahal in Agra, India. The mosque features blue glazed tiles and red bricks that form around a hundred domes.

Another popular attraction is at the nearby Makli Hills, where a vast necropolis – one of the largest in the world – lies in an area with a diameter of around 8 kilometers (5 miles). Here you can view more than a hundred thousand graves, including many imperial mausoleums and the tombs of some Sufi saints.

Islamabad literally means “abode of Islam.” It is the capital of Pakistan.

Islamabad is home to Faisal Mosque, named after Saudi Arabia’s King Faisal bin Abdul-Aziz, and one of the biggest mosques in the world. The mosque covers an area of 5,000 square meters (54,000 square feet), with four minarets, each 80 meters (262 feet) tall. The main prayer hall’s capacity is 10,000 persons; a total of 264,000 more can fit in the mosques grounds, courtyard, and porticoes.

If you love flowers, then you would very much enjoy going to the Rose and Jasmine Garden. This 20, 360 square meter (219,153 square foot) garden boasts of around 250 different varieties of roses and a dozen types of jasmines. In the spring, you might even catch a flower show.

If you want to see Islamabad all at once, go for an eagle’s eye view from the 609 meter (1,998 foot) high Shakarparian hills. The site features a terraced garden, wooded walkways, and cascading waterfalls. It offers an excellent view not just of Islamabad but also of Rawal Lake and the city of Rawalpindi.

Skardu, which encircles the Kachura Lake, is among the five valleys of the Baltistan region which boast of their luscious fruits – apples, apricots, pears, and peaches.

The many places to visit – Kharpocho Fort, the Buddha rock carvings, Sadapara Lake, Khaplu Valley – all offer scenic sites that make your Skardu trip a worthy part of your Pakistan adventure.

Skardu is well connected by land and air from nearby Islamabad and Rawalpindi.

Many tourists agree that the journey alone to Skardu is in itself an adventure – a highlight of the visit – for after going through the normal air route, the plane would turn right and fly over the Indus River gorge. The experience of having almost touched the mountaintops never ceases to thrill tourists.

Considered the “third pole,” the Karakoram Range is a remnant of the ice age from the history of the earth. This mountain range is a wide expanse of glaciers and boasts of a great concentration of mighty mountains.

The Karakoram Highway (KKH) is known as the highest paved road worldwide. Standing at an altitude of almost 5,000 meters (16,000 feet), it serves as a connection to China through the Khunjerab Pass.

Scores of 7,000 meter (23,000 foot) peaks in the Karakoram Range form a myriad of amazing forms, sizes, shapes, and colors that defy description. Paiyu – the Peak of Perfection – was first conquered by a Pakistani expedition team in 1977.

The Archaeological Ruins at Moenjodaro, inscribed as a UNESCO World Heritage Site in 1980 , stands as an enduring testament of an early civilization in Pakistan.

Moenjodaro, which translates to “mound of the dead,” is considered in the archaeological field as among the most impressive ancient cities of the world.

Archaeological findings reveal that the huge city was built entirely with unbaked bricks. The remains of the city have shown evidence that a well-planned system of town development was in place even as far back as the third millennium.

The urban planning of Moenjodaro is evident in its approximately 91 meter (299 foot) wide roads, with strategically placed streets, forming equally proportioned blocks. Even the houses were designed to ensure that earthquakes would not cause harm; should the walls collapse, they would fall outward.

You will discover many other features of the civilization that was Moenjodaro as you explore the site.

Many excavation finds are housed in the nearby Moenjodaro Museum. Some of the things you will see are pottery, weapons, engraved seals, ornaments, and even toys.

The Fort and Shalamar Gardens were inscribed as a UNESCO World Heritage Site in 1981. Located in Lahore in Punjab, they represent the apogee of Mughal civilization, particularly in architecture.

The Lahore Fort, a trapezoidal composition, is a sprawling masterpiece of over 14 hectares . It is said that the fort originates from antiquity, but the structure base as can be seen now was built during the time of Mughal emperor Akbar.

Inside the fort are 21 monumental sites, which include Sheesh Mahal, Alamgiri Gate, Naulakha Pavilion, and Moti Masjid .

The Shalamar Gardens, built by Shah Jahan in the 1600s, is arranged in three descending terraces and covers 16 hectares. Within the gardens, elegant pavilions stand across cypress and poplar trees, which are beautifully reflected in the surrounding basins of water.

Kaghan Valley is situated in the Khyber Pakhtunkhwa region. Teeming with nature’s beauty – alpine meadows, pine forests, and crystal clear lakes – Kaghan Valley is best known for its trout, which can be found in the Kunhar River.

Another place of interest is Balakot, the gateway to Kaghan Valley . Enjoy the charming journey to Balakot Abbottabad through Mansehra as the road winds through the many lush hills and forests.

A third famous landmark you should not miss is the Ansoo Lake, a tear-shaped lake that is a sight to behold.

To forever remember this beautiful valley, take home a piece of Kaghan-carved walnut handicraft made by the artistically talented locals. 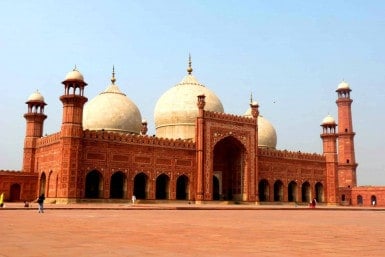 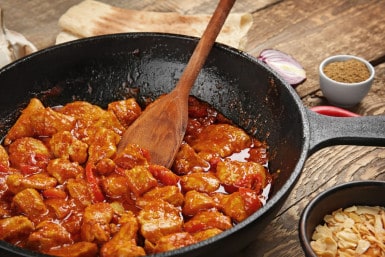 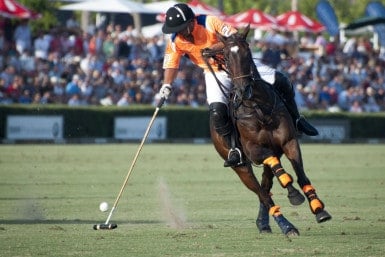