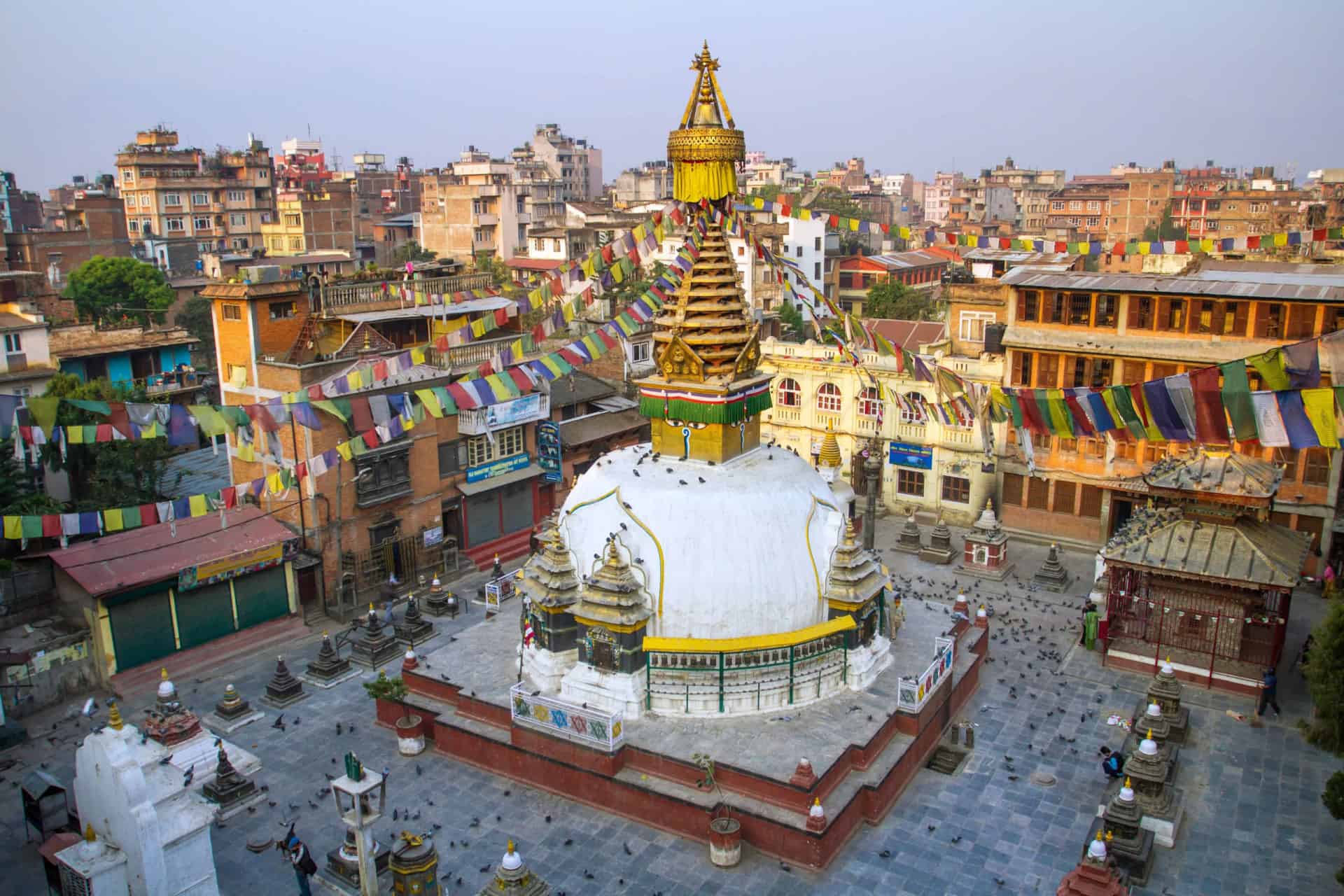 Where to go in Nepal

Kathmandu is the largest city in Nepal and the political and cultural center of the country. It is nestled within a large valley, providing a pleasant climate to residents and guests.

There has been rapid expansion inKathmandufor the past few decades, mainly fueled by tourism. The hustle and bustle is typical of the city, but locals remain hospitable to tourists; do not be afraid to approach people and ask for directions whenever necessary.

Remnants of Nepal’s golden age of architecture – found in the form of majestic palaces, crafty pagodas, and towering stupas – are all present in the capital city. The older part of Kathmandu, centered in Asan, is a maze of narrow backstreets where you can see a temple every 50 meters or so.

In Kathmandu, ancient traditions of Nepal live on, co-existing with technological advancements driven by economic progress.Kathmanduoffers a unique blend of the past and present, brought together in a city that has its doors always open to tourists.

Pokhara Valley, “the Jewel of the Midwest,” is one of the favorite destinations of tourists in Nepal because it offers the ultimate relaxation experience in the country.

The valley is also home to a slew of adventure sports that have caught on in recent years, including ultralight aircraft flights and paragliding. Bird watching, boating, and mountain biking are available to tourists as well.

Tourists in Pokhara City experience a different side of Pokhara – a side that is warm and friendly, which is opposite to the cold and solitude of the mountains in the valley. Restaurants and bars are always crowded, and tourists can get their fill of local stories from the hospitable and friendly Nepali.

Chitwan National Park is one of Asia’s best-preserved conservation areas. The park is a half-hour flight away from the capital city ofKathmandu, in the Tarai region of Nepal.

The park is listed as a UNESCO World Heritage Site. The natural habitats of the animals are left intact, serving as home to interesting wildlife, including over 450 bird species and some endangered species such as the Royal Bengal tiger.

VisitingChitwanNational Parkgives tourists a safari experience like no other. Resorts within the park can accommodate guests and offer park activities such as elephant rides, jungle walks, and dugout canoe rides down the river.

A visit to Chitwan National Park will show you the true beauty of nature, protected from the destructive tendencies of man.

Pashupatinath, a UNESCO World Heritage Site, is one of the holiest and most important shrines dedicated to Lord Shiva in Asia.

Pashupatinath was built in the 5th century, and then later renovated by the Malla kings. It is one of Nepal’s largest temple complexes, stretching through both sides of the Bagmati River, a sacred river for the Hindus.

The pagoda-styled main temple has a gilded roof, silver-covered sides, and high-quality wood carvings. Surrounding the main temple are several smaller temples dedicated to other Buddhist and Hindu deities.

During the Shivaratri festival, a springtime celebration, hundreds of thousands of Shiva devotees visit Pashupatinath to participate in the worship of Shiva. Tourists are more than welcome to visit the temple complex; however, only Hindus are allowed to enter the chambers of the main temple.

The Changu Narayan temple is a UNESCO World Heritage Site.

This temple is dedicated to Vishnu, the Preserver. It is perched on top of a hill, standing over the Bhaktapur rice fields, and is visible from miles away.

Changu Narayan can be traced back to the 4th century. A stone inscription dating to the 5th century proclaims the temple as one of the oldest ones inKathmanduValley.

The temple houses wood, stone, and metal crafts that have lasted through the centuries and remain of excellent quality. Newari architecture and art from the early centuries are also showcased here.

Guests to the temple will be able to see the ten incarnations of Narayan on the struts of Changu Narayan. In the temple also rests a stone statue dating back to the 6th century, which shows Vishnu’s cosmic form. A life-size statue of the half-man and half-bird vehicle of Vishnu can be seen kneeling in front of the temple.

Boudhanath, standing 36 meters high, is one of the largest stupas in the whole of South Asia. It has been listed by UNESCO as a World Heritage Site.

Boudhanath is considered to be Nepal’s center of Tibetan Buddhism. There are several monasteries surrounding the stupa.

Boudhanath is a replica of Tibet’s Gyangtse; it was built following the form of a mandala.

The stupa has an interesting location – it stands on used to be the ancient trade route from Nepal to Tibet. Tibetan merchants rested and offered their prayers here for many centuries.

On top of Boudhanath is a square platform, the four sides of which are all painted with Buddha’s all-seeing eyes, symbolizing awareness. At ground level, Boudhanath features a brick wall that has 147 niches and 108 images of Buddha.

Koshi Tappu Wildlife Reserve attracts a significant number of migratory birds, so it doesn’t come as surprise that it is a famous bird-watching spot.

Bird watchers who visit the reserve can catch sight of the Bengal florican, the sarus cranes, and more than 440 other bird species, including migratory birds from Tibet and Siberia.

The reserve is also one of the last habitats in the world of the wild water buffalo, the Arna.

Other residents of the reserve include crocodiles, pythons, jackals, wild boars, and the endangered Gangetic dolphins, which can occasionally be seen in the river.

Kathmandu Durbar Square is located at the heart of Kathmandu City in Basantapur. The rich history of the area and the intricacy of the wood carvings found here never fail to impress tourists.

Tourists will appreciate how this historic complex has remained unfazed by the rapid development of the city that surrounds it.

It used to be the residence of the royal family of Nepal, and all the coronation ceremonies took place here.

Within the vicinity are 50 temples, one of which is the temple of Taleju Bhawani, the titular deity.

The Durbar has two courtyards. In the outer courtyard are the Kasthamandap, Kumari Ghar, and the Shiva-Parvati Temple. The inner part consists of the Hanuman Dhoka and the complex’s main palace.

Lumbini, a UNESCO Cultural Heritage Site, has a significant religious and archaeological importance – it is believed that Prince Siddhartha Gautam, who would later on become Buddha, the Enlightened One, was born in one of its gardens in 623 BC.

The main shrines of Lumbini are the newly restored Maya Devi Temple; the Ashokan Pillar, which is located behind the temple; and the Lake Shakya Puskarini, where Maya Devi is believed to have bathed before she delivered Buddha into the living world.

The Maya Devi Temple was excavated several years ago and is dedicated to Maya Devi, the mother of Buddha. The sculptures and carvings in the temple are intricate and interesting – their designs and figures seem to be embedded into the stone.

The Ashokan Pillar, erected by the Indian Emperor Ashoka in 245 BC, marks the Lumbini Garden. A stone specifying the exact birthplace of Buddha can be found here.

The Ilam area has always been associated with tea. In fact, the mere mention of Ilam already makes some people think of the famous Nepali tea.

But aside from producing this favorite beverage, Ilam is also a producer of superb cheese.

It also provides a great view of Mt.Kanchenjunga, one of the highest mountains in the world.

Ilam has topography of several rolling hills, with a fresh, misty weather. The region is covered in lush bushes of green tea, which are grown only three feet tall.

Some of the tea estates in Ilam allow guests to go on a tour around their gardens. Guests can also visit the factories, where tea leaves are fermented, roasted, rolled, cut, and sorted. 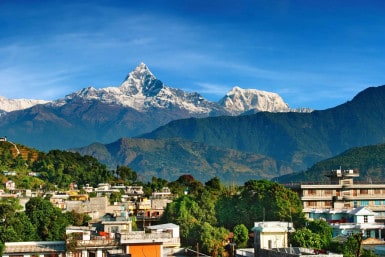 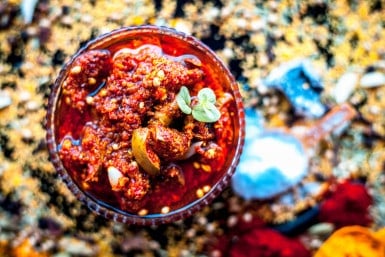 What to do in Nepal