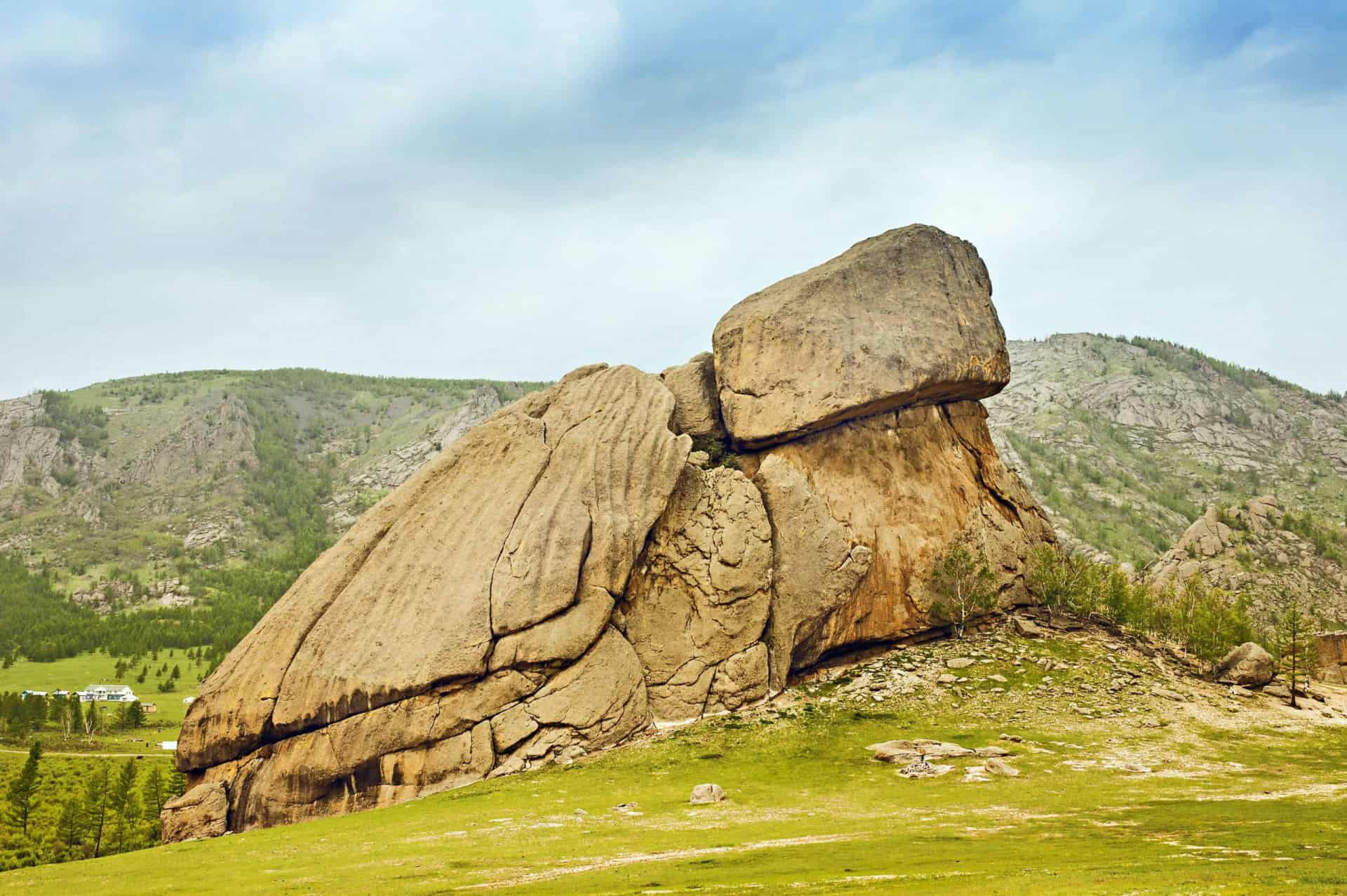 The Sükhbaatar Square, situated in Ulaanbaatar, was named after Damdin Sükhbaatar, a revolution leader whose statue also stands in the square.

Sükhbaatar’s statue stands on the spot where the leader’s horse urinated during a rally on July 8, 1921. The horse’s act was perceived as a good omen, a marker was buried on the spot, and in 1946, the statue was placed there.

Major buildings found at the Sükhbaatar Square include the Central Post Office, the Culture Palace, the Golomt Bank, and the Government Palace, which houses the offices of the president and the prime minister.

Today, the square is often used as the site for cultural shows and major state ceremonies.

The Gandantegchinlen Monastery, also called the Gandan, can be found at Ulaanbaatar, the capital of Mongolia. The monastery was established by the Fifth Jebtsundamba in 1835. It then became the center of Buddhist learning in the country. Its name means “Great Place of Complete Joy.”

More than 150 monks reside in this monastery. The place has undergone restoration and revitalization beginning in 1990. In 1994, it was placed under state protection.

When communism reigned in the country, many monasteries were destroyed. This one, fortunately, was spared. However, as a result of communism’s rule, the monastery was closed in 1938. It was reopened in 1944.

The remaining restrictions in worshipping at the temple were lifted in 1990, as Marxism ended in the country.

Sainshand is the capital of Dornogovi Province.  The city can be found at the eastern Gobi desert steppe. It experiences a typical desert climate, with long winters that are very dry and cold and short summers that are very hot.

Many tourists who visit Sainshand like to stop by the Danzanravjaa Museum. This building was established in 1991 to give honor to Dulduityn Danzanravjaa (1803–1856), the fifth Goviin Dogshin Noyon Khutagt. Also known as the Terrible Noble Saint of the Gobi, he is considered to be among the greatest geniuses in the history of Mongolia.

The original curator of these items was one of Danzanravjaa’s disciples, Sh. Balchinchoijooa (Ishlodon), who passed this curatorship on to his descendants. In 1938, when the religious purge in the country put Danzanravjaa’s creations in danger of destruction, the curator G. Tudev rescued as many as he could by packing them in wooden crates, which he then buried. After socialist rule ended in Mongolia, the crates were dug up again, and Tudev’s grandson Altangerel founded the museum.

The Khamariin Khiid is a restored Buddhist monastery that originally held four colleges, over 80 temples, and housed more than 500 lamas. It was built in 1821 by Dulduityn Danzanravjaa, the Terrible Noble Saint of the Gobi, but was destroyed during the religious purge that took place when the communists took over the country.

In the 1990s, the monastery was rebuilt, although not to the scale of its former grandeur. Today, it holds two ceremonial temples houses more than 10 lamas.

Still, the area is said to be the energy center of the country. Some residents of Mongolia believe that a living god resides there.

In Dornogovi province, near the Khamariin Khiid monastery, you will find 108 caves where the monk and poet Dulduityn Danzanravjaa used to meditate along with his disciples. The caves are very small – there is barely enough room in them to sit in – so indeed, these caves are best suited for meditation rather than exploration.

And meditate is exactly what people come here to do. Monks in training stay in these caves to meditate for a full 108 days. (Incidentally, 108 is also the number of volumes found in the Tibetan Buddhist canon called the Ganjur.)

Today, these caves are a popular pilgrimage site in Mongolia. To reach the caves, you need to pass through a rock tunnel, which some devotees say symbolizes rebirth.

Other attractions found near the 108 caves include mineral springs that claim curative properties, camel rides, and the petrified forest.

The Gorkhi-Terelj National Park is among most frequented tourist places in the country.
It has a number of tourist camps to accommodate its visitors, and a small portion at its southern part was specially developed for tourists; it features souvenir shops and restaurants.

At the park, visitors can indulge in horse riding, camel riding, and ger camping (a ger is a Mongolian tent). Other attractions at the park are the Tuul River, a Buddhist monastery, the Yestii Hot Water Springs, and a deep glacial lake known as the Khagiin Khar Lake. You will also find hundreds of species of wildlife here, including birds and brown bears.

There are two popular rock formations that can be found at the park: the Turtle Rock and the Old Man Reading a Book. These two rock formations were named after the images they resemble.

The park has been featured at the US reality television program The Amazing Race at an episode on its 10th season.

When you are in Ulaanbaatar and you are seeking the kind of comfort that only a luxury hotel can provide, you might want to check out the closest thing you can find to a luxury hotel in the area ­– Hotel Mongolia.

The hotel is situated along the picturesque banks of River Tuul and has a walled camp. Tibetan architecture is proudly displayed both in the hotel’s exterior design and in its interior furnishings.

Accommodations at the hotel include stone gers, traditional gers, temple rooms, as well as regular suites.

If you’re seeking relaxation, you can find it at the river beach and in the spa, where you can get invigorating massages. The hotel also offers a day trip to the Terelj and Khustain national parks, a city trip of Ulaanbaatar, a visit to a Nomadic family, mountain trekking, and jet boating.

It is vital to note, though, that this hotel is not open during the winter season.

While touring Ulaanbaatar, the capital of Mongolia, you may want to drop by at the Choijin Lama Temple, a Buddhist monastery that also gives a fine sample of the architecture of this country.

The site is actually a complex of four temples. The main temple holds a large collection of dance masks, religious instruments, and paintings.

The Zuu Temple has papier-mâché Buddha figures. The Yidam temple is closed to the public. The temple of peace, the fourth temple, is dedicated to Undur Gegeen Zanabazar, who lived from 1635 to 1724 and was believed to be a reincarnation of Boghda Jevzundamba.

Construction of the complex was from 1904 to 1908. In 1938, the temple complex was converted into a museum by the Stalinist government.

The Bogd Khan Palace Museum used to be the residence of the person after whom it was named: the eighth Bogd Jebtsundamba Agvnluvsanchoijinnimadanzanbanchugwas, more popularly known as Bogd Khan (emperor).

Bogd Khan was born in 1869 and was declared a reincarnation of Bogd Jebtsundamba Khutugtu, who had been a spiritual leader in the country. In 1911, he became Mongolia’s religious and political leader. He remained so even after the revolution in 1921, although his monarchy became restricted. He died in 1924 due to ill health

After his death, his palace was turned into a museum. As of now, however, still only 13% of the museum treasures have been displayed to the public. A new building is being planned to house and display more of the available treasures for exhibit.

Bayanzag is popularly called the Flaming Cliffs due to the glowing orange color of its rocks when viewed from a distance. It is a part of the Gobi Desert, situated in the Ömnögovi Province.

The site is well known not just among tourists but more so among paleontologists. Since the 1920s, there have been quite a number of dinosaur fossils found at the site, the most famous of which are some dinosaur eggs. Fossils of other dinosaur species such as the small (less than two feet high) Velociraptor have also been made.

But even if you’re not interested in digging for dinosaur bones, the site is still well worth a visit simply for the view, which is breathtaking. 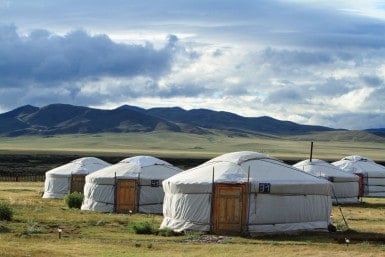 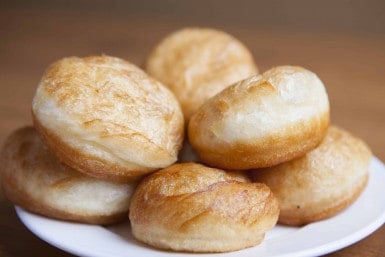 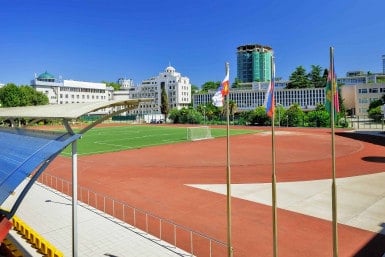