While in the Gobi Desert, you may want to try riding the camel. This activity is quite popular among those who are touring the Bayanzag.

The Gobi Desert is famous for two things: (1) the dinosaur fossils that have been dug from there and (2) the various species of flora and fauna found there that are not commonly found in other parts of the world.

You will be able to see all these when you go on a desert trip at the Gobi, riding the two-humped Bactrian camel. Now while it may look intimidating at first to ride a camel, you would be surprised at how gentle this animal can be.

There are travel packages that include a camel-riding trek in their itineraries.

One of the most notable and educational experiences you may get from your visit to Mongolia is when you help to put up a ger, better known outside of Mongolia as a yurt. This traditional dwelling used by nomads is perfect for their wandering lifestyle because this house can be easily assembled and disassembled, so it is easy to bring along wherever and whenever the owner wants to go.

A ger has one door and no windows. There is a small opening at its top, through which the smoke from the stove inside the ger can exit the tent. The tent’s framework is made up of boards and poles, and covered with wool.

Building a ger is not too difficult, as long as you have an experienced guide to help you along. First, you need to position the flat boards that constitute the flooring and the crisscrossed pole structure that make up the ger’s wall.

Up next is the roof. This is composed of 50 to 70 poles that have to be connected from the walls to the circular frame in the middle of the ger, marking where the roof’s hole will be.

The wool cover is the last thing to install. After that, you’re done. Congratulations, you have just built a Mongolian ger!

There are about 400 species of birds that can be seen in Mongolia. The best places for bird watching in the country are the lakes of Bayan Nuur and Sangiin Dalai, and of course, the national parks such as Gun-Galuut, Terelj, and Hustai.

Some wondrous species of birds that can be seen in the country include Kozlov’s Accentor, the Mongolian Lark, the Oriental Plover, the Amur Falcon, and the Upland Buzzard.

To get the most out of your trip, it is suggested that you join a bird-watching tour led by a bird expert who can tell you more about the species you will be seeing.

The Tuul River in Khan Khentii, you can go swimming and yak-cart rafting. The latter involves having an inflatable raft brought to the river on a yak-pulled cart. You can then ride on this raft to cruise the river.

Before you go swimming or rafting, you could enjoy a sauna bath to warm you up, as the river is somewhat cold, even during summer. If you sign up for yak-cart rafting in the Tuul, the portable sauna will be set up for you as part of the package.

Wrestling in Mongolia is different in that there are no weight divisions and no time limit. The rules are simple: whoever falls to the ground first loses. The wrestling costume is a pair of briefs and a tight jacket that basically covers only the wearer’s arms.

Horse riding is something that Mongolians learn to do in their early youth, so naturally, they become very skilled riders. The best way to prove one’s riding skills, of course, is through racing. That’s why horse racing is a very popular sport in this country. 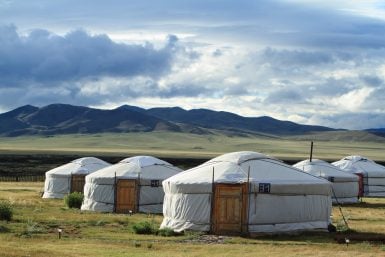 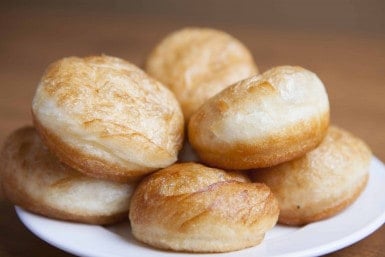 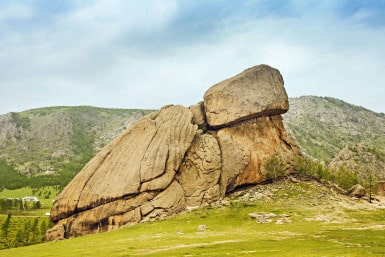