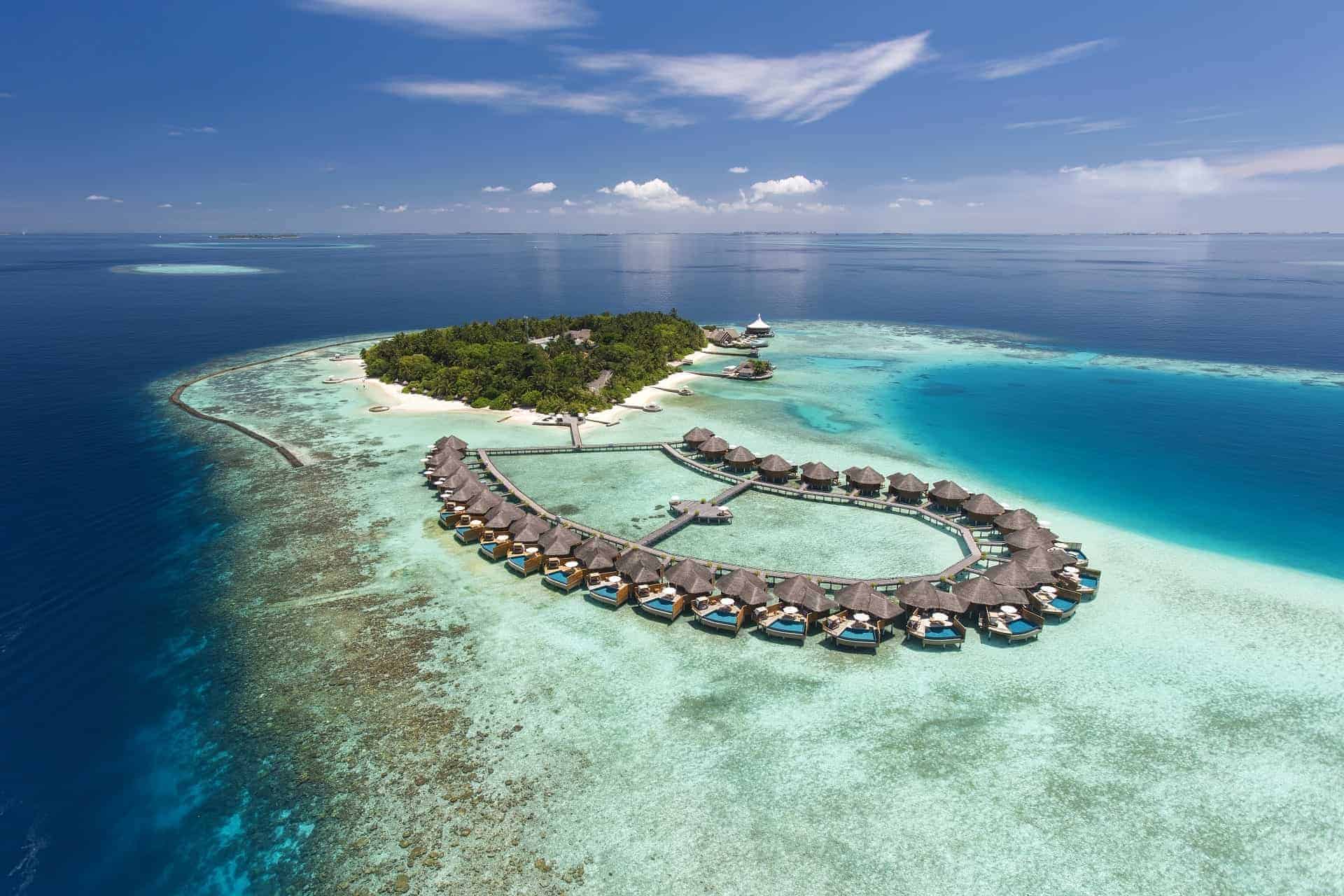 Whichever resort you choose to stay in, expect to be greeted by a majestic tropical landscape. Palm fronds sway to the calming sound of the sparkling turquoise water, while the golden sun peeks from the azure sky that stretches beyond.

Of course, satisfying your visual cravings is only part of the itinerary, because a visit to North Malé Atoll is never complete without experiencing the spectacular undersea world.

The Banana Reef is one of the most frequented dive sites in the atoll. Here you will find a long stretch of reef in the shape of a banana and schools of various fish such as morays, snappers, and angelfish. Maldives Victory is another famous dive site. This cargo wreck has been covered with coral and has become the home to several marine species since its unfortunate sinking in 1981. In the southeast part of North Malé Atoll is Manta Point, where manta rays, along with octopus, whitetip reef sharks, and other species, can be spotted.

If diving is not your thing, then you can enjoy the day by swimming, snorkeling, lazing around the beach, tanning under the sun, or having a relaxing message.

South Malé Atoll has several topnotch dive sites, with Cocoa Thila as one of the most popular. It is characterized by a large pinnacle that provides a good view of tunas, eagle rays, and other species. Then there is Guraidhoo Kandu South, a vast and complex region known as one of the most beautiful dive sites in Maldives. Its topography, along with its diverse marine species, is an attraction. In fact, Guraidhoo Kandu South is a favorite spot for underwater photography as is Vadhoo Caves, a region of several caves where corals of varying colors and marine animals of different kinds abound. Unicornfish and soldierfish are only some of the marine animals you can see in Vadhoo Caves. Whitetip shark also frequents the region.

Baa Atoll consists of three atolls and is collectively considered a traveler’s paradise. Its 75 islands are surrounded with emerald water that is home to a diversified population of marine species.

Like most atolls in Maldives, Baa Atoll has an active tourism industry. Its island resorts boast of a breathtaking, picture-perfect view, with the water as the main attraction. If you come to any of the resorts, make sure to savor every minute of your stay. Swim and snorkel to your heart’s content. Enjoy the delectable tropical food. Walk along the shore barefoot. Watch the dramatic appearance of the sun at dawn and its farewell at dusk. And of course, if diving strikes your fancy, explore any of the inordinately beautiful dive spots.

Maavaru Kandu is one of the most popular dive spots in Baa Atoll. Its warm water and beautiful overhangs attract diving enthusiasts. Dhonfanu Thila, another famous dive site, is a magnificent dive site for its pinnacle.

Also, don’t forget to visit the island of Thulhaadhoo, which is famous for being the only place in Maldives that does lacquer handicrafts.

Imagine yourself in an over-the-water villa, running your eyes through the expanse and legendary view of the turquoise water. The glittering blueness reaches far beyond your sight and combines with the light blue shade of the sky. But the dazzling view doesn’t end there because when you turn around, you see the almost sparkling white sand contrasted by the dark green color of palm fronds. Such is how the nature plays with colors in North Ari Atoll.

North Ari Atoll is uncrowded, peaceful, and well preserved. Testament to this is its line of island resorts that offer unsullied natural beauty. In these resorts, you can get closer to nature by snorkeling, canoeing, and trying other water activities. And if you are into diving, you can explore pristine dive spots such as Fish Head, Fesdu Wreck, and Maaya Thila Reef, which, by the way, is hailed as the best dive spot in the country. But if you want a different kind of adventure, you can go island hopping in a dhoni (traditional boat). After all the activities, reward yourself by spending a whole day idling – rest in a hammock right in front of the breathtaking view, have a massage at the resort’s spa, and read a book by the shore.

South Ari Atoll is a paradise stunningly composed of clear turquoise water, lush vegetation, powdery white sand, and dazzling clouds. And like the northern part of Ari, the southern part is also a striking diver’s haven.

One of the most famous dive spots in South Ari – in fact, in all of Ari – is Broken Rock, a region that features a formation with a split in the middle; hence, the name. Here in Broken Rock, you can observe a diverse marine world composed of species such as moray eels, Napoleon wrasse, soft corals, and sponges. If you want to investigate overhangs and caves, dive into Kalhuhadhihuraa Faru. Manta ray, gray reef shark, and octopus are only some of the species that make up the underwater splendor in this region. Overhangs are also present in Moofushi Faru, a two-kilometer reef teeming with marine animals, including sharks, manta rays, and sting rays. 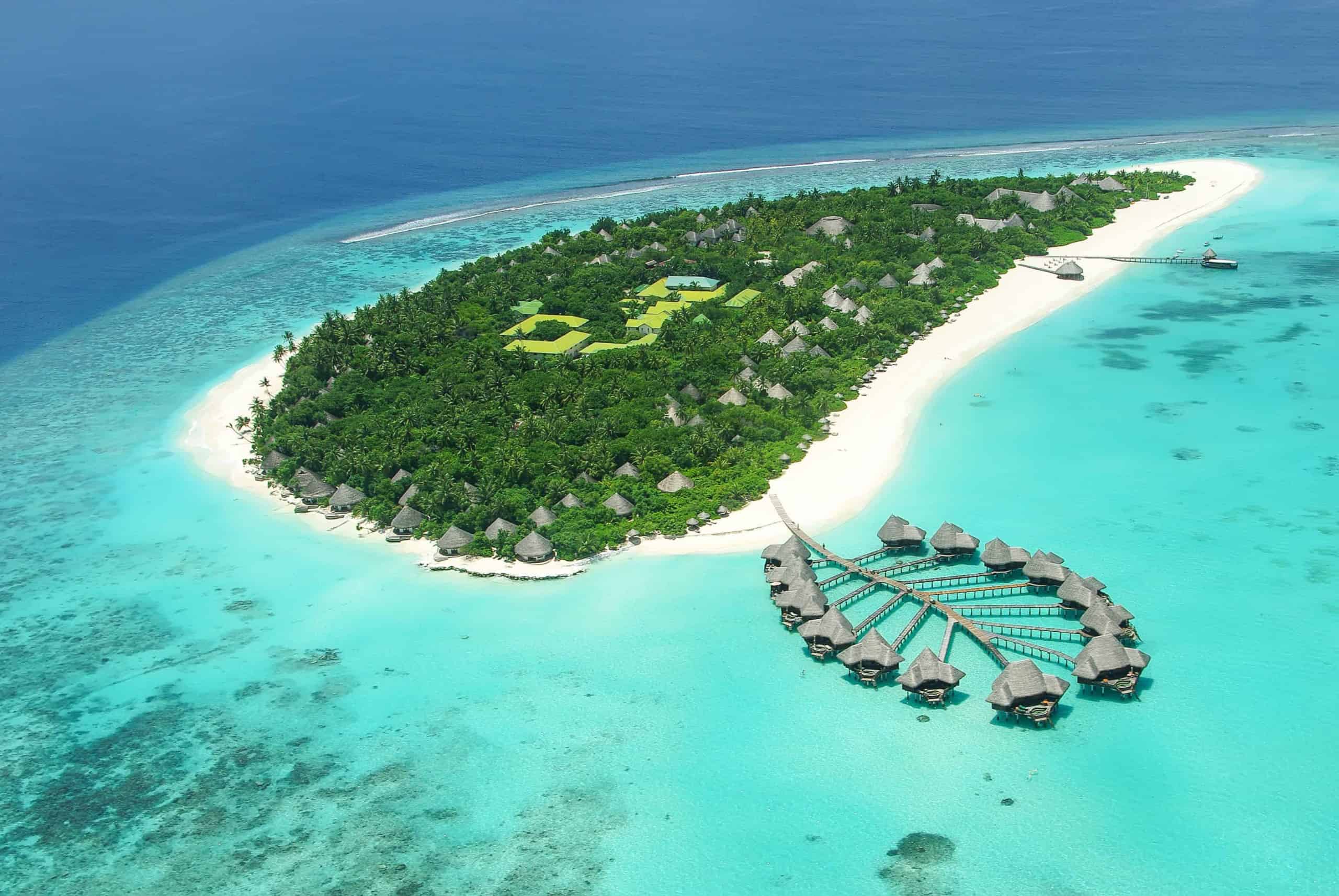