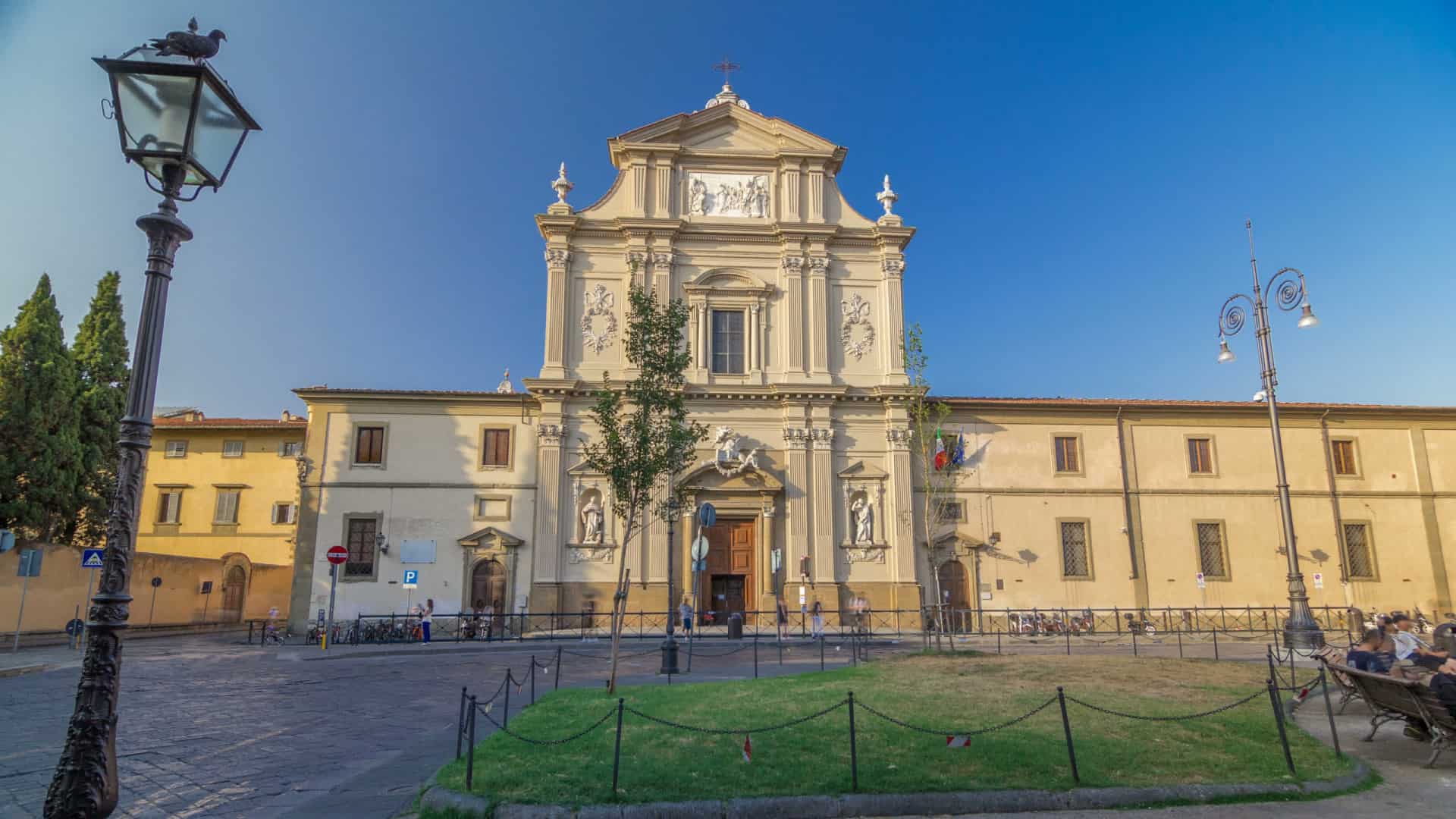 Where to go in Macau

St. Dominic Church, locally known as the Sto. Domingo Church, is among the oldest yet the most breathtaking of all the worship houses in Macau. This yellow Baroque-inspired church with emerald framings is an easy standout amidst the busy Leal Senado plaza of the old city.

Three Spanish Dominican priests built the wooden church in 1587, and it was eventually reconstructed in 1828. Now, the St. Dominic Church flaunts its stone stature and sophisticated design inspired by bravura Spanish and Portuguese styles.

Be enthralled by the characteristic Jesuit architecture and majestic layout of the church, which elicits a calm atmosphere of sacrosanct solemnity. The mosaic porcelain flooring, the carved wooden roofing, and the timber veranda that borders the wall contribute to the creation of an ideal adoration ambience.

The church also features an image of the Madonna and Child at the center dais and some skillfully crafted ivory-chiseled figures of St. Dominic, St. Francis, and St. Caetano.

A-Ma Temple is the oldest temple in Macau. In fact, it was already existent even before Macau was established as a city. Some even say that the very name of Macau came from the Chinese term “A-Ma gau,” which means “the bay of A-Ma.”

Formerly known as the Barra Temple, the A-Ma Temple has been attracting worshippers and tourists to the complex sitting at the western slant of Barra Hill since the 15th century.

The complex is comprised of four major halls, namely, the Hongren Hall (the oldest among the four), the Kunlam Hall, the Zhansuo Hall, and the Zhengjue Hall. The compound also features other religious pavilions such as the Memorial Arch and the Gate Pavilion.

One thing that makes A-Ma Temple exceptional is that it is one of the few places in the world to provide a place of veneration for a number of distinct Chinese religious beliefs, including Buddhism, Confucianism, and Taoism, as well as other folk beliefs.

Aside from being a place for worship, A-Ma Temple also houses fragments of the rich Chinese culture and history. The shrine’s walls are artfully inscribed with calligraphy done by famous Chinese personalities from past Chinese dynasties.

Near the A-Ma Temple, at the Calcada de Barra, are the exotic-looking Moorish Barracks, which serve as the headquarters of the Macanese Maritime Administration.

Constructed in August 1874, this brick and stone Mediterranean-inspired building was originally built to provide lodgings for 200 Indian police reinforcements from Goa.

This neoclassical construction is an easy eyecatcher, with its elegant cream façade projecting from an elevated compact granite podium. The Moorish Barracks stuns with finely polished expansive porches lined with Moghul-style pointed arcs. Triple layers of ornament on the butter-colored walls perfectly complement the arcs and create a visual feast.

With its attractive frontage and exquisitely designed interior complementing its historic role, the Moorish Barracks was listed as a UNESCO World Heritage Site in 2005.

The experience of conquering the 338 meter-high Macau Tower, king of Macanese skyscrapers and member of the World Federation of Great Towers, is definitely not for the acrophobes but it is definitely something the adventurous soul would look forward to.

This world-famous tower located at Largo da Torre de Macau proves to be the best place for thrill-seeking souls craving for a unique Macau-style adventure as daring souls take the heart-thumping walk along the glass floor of the observation lounge. This floor gives you the illusion of floating more than a thousand feet above the ground below.

Macau Tower also offers the highest bungee jump in the world at an astonishing 223 meters.

For the less stout of heart, the Macau Tower offers a 360-degree view of the city from the observation deck at the topmost level. You don’t have to wait to get to the top to enjoy the view, though. Glass elevators enable tourists to get their eyeful right from the get-go.

Of course, apart from being a leading tourist attraction, the Macau Tower also plays a role in the country’s telecommunications and broadcasting industry.

Initiated in 1569 by Macau’s first ever Catholic bishop, Dorn Belchior Carneiro, the Holy House of Mercy (or Santa Casa da Misericordia) is recognized as the oldest charitable institution in the country.

To immortalize the contributions of this organization to the unprivileged communities of Macau, the institution eventually established a striking and sentimental commemorative museum.

Within this neoclassical building, you will find remnants of the long history of the House of Mercy and its highly esteemed founder. For one, it holds the unscathed skull of Dorn Belchior Carneiro himself, a 300-year-old painted whole body portrait of the same, and the golden cross that he took to his grave.

Several undamaged precious artifacts, such as East Asian and European earthenware, are also displayed in the museum.

The Leal Senado Square, which means “Loyal Senate” square, is Macau’s central site for business and cultural events. This tourist favorite that is located at Avenida de Almeida Ribeiro was built in 1784 and has since served as the focal point of urban Macau.

Equally appealing are the architectural designs of the long-standing buildings. Most of the breathtaking architecture in the Senado Square – such as the main Leal Senado building, the Civic and Municipal Affairs Bureau building, and the Santa Casa de Misericordia – are of neoclassical influence.

The main senate building, which is the main attraction at the square, still flaunts its primary 18th century interior layout. The structure also features a courtyard garden at the backend, a conference room, an indoor chapel, and a library whose design was inspired by Portugal’s elegant Mafra Convent library.

Macau is not only a hotspot for cultural attractions and heritage sites but also a showcase of destinations that reveal the country’s military and missionary history. One of the most famous forts in the country is the Guia Fortress, which was a confined military zone since March1638 until it was opened to the public in 1976.

Accessible through an hour-long trek, this old stone fort offers a glimpse of Macau’s aged military establishment as well as a stunning hilltop view of the whole Macau Peninsula.

Once the bastion of maritime and military missions, the Guia Fortress is heavily charged with old operation facilities and equipment such as guardhouses, watchtowers, battle arsenals, and ammunition storehouses.

The fort also features the Guia Chapel founded by the former occupants of the site, the Clarist nuns.

The white chapel with light yellowish cream linings is of European and Chinese influences, with a smooth blend of religious and mythical-themed decorations.

Beside the chapel stands the Guia Lighthouse, which, being a structure built in 1865, holds the record as the very first contemporary lighthouse created on the South China Sea shoreline territory.

A trip to Macau would simply be incomplete without a visit to the Fisherman’s Wharf, the first ever theme park in the country located at the Macau Peninsula.

The wharf, also known as Macau’s Xanadu, is the perfect destination for family-oriented entertainment. The complex is teeming with features resembling several world-renowned international tourist destinations, a dynamic nightlife district, a lavish 72-room hotel, fine dining restaurants, children-oriented rides and shows, and a wide range of shops and stores from the biggest brands in Hongkong.

The compound also boasts of a blaze-venting 40-meter-high volcano, the first and only in the country. The best part is that admission to the Fisherman’s Wharf is absolutely free of charge.

The complex is strategically subdivided into three wharfs of varying themes for different kinds of entertainment: the Dynasty Wharf, which captures the rich Chinese history and customs; the East Meets West, which features European-inspired amusement and leisure parks; and the Legend Wharf, which displays the most celebrated international attractions as well as modern-day high-tech centers.

Section of the Old City Walls

A major tourist attraction near the Ruins of St. Paul and Na Tcha Temple is the surviving section of the old defensive military wall constructed by the Portuguese in 1569. This wall was built in Macau in an attempt to thwart foreign attacks against the domain.

The remains of the defensive wall measures 18.5 meters in length and 5.6 meters in height.

This remnant of the old city walls is still widely considered in Macau as a significant token of their resonant military and cultural history.

Apart from its historical, cultural, and military heritage, Macau also offers unique attractions that bear a social significance to the Macanese community. One of these is the gigantic mansion turned into public library located along the Santo Agostinho Square (St. Agustin Square).

This sophisticated mansion served as the businessman’s retreat home until he passed away in 1955. The stylish three-storey structure was then offered to the Macanese government and transformed into a public library in 1958 in accordance with his last will.

From the exterior, the library appears to be an exquisite mansion with an urbane white-lined yellow façade protected by elaborate metal gates. Inside, the public library houses ancient records, literatures, and books.

In 2005, the Macanese government built a new four-storey structure, which now displays a collection of children books and an array of books on different fields and disciplines. The public library also features special divisions for language learning and video watching, among others. 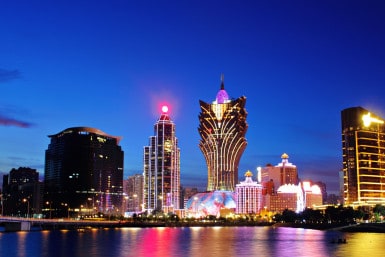 When to visit Macau 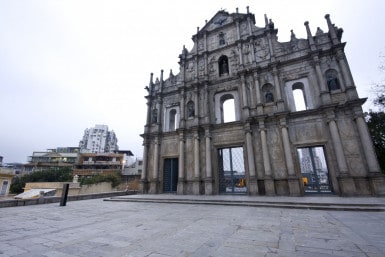 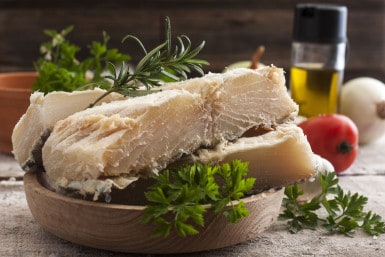