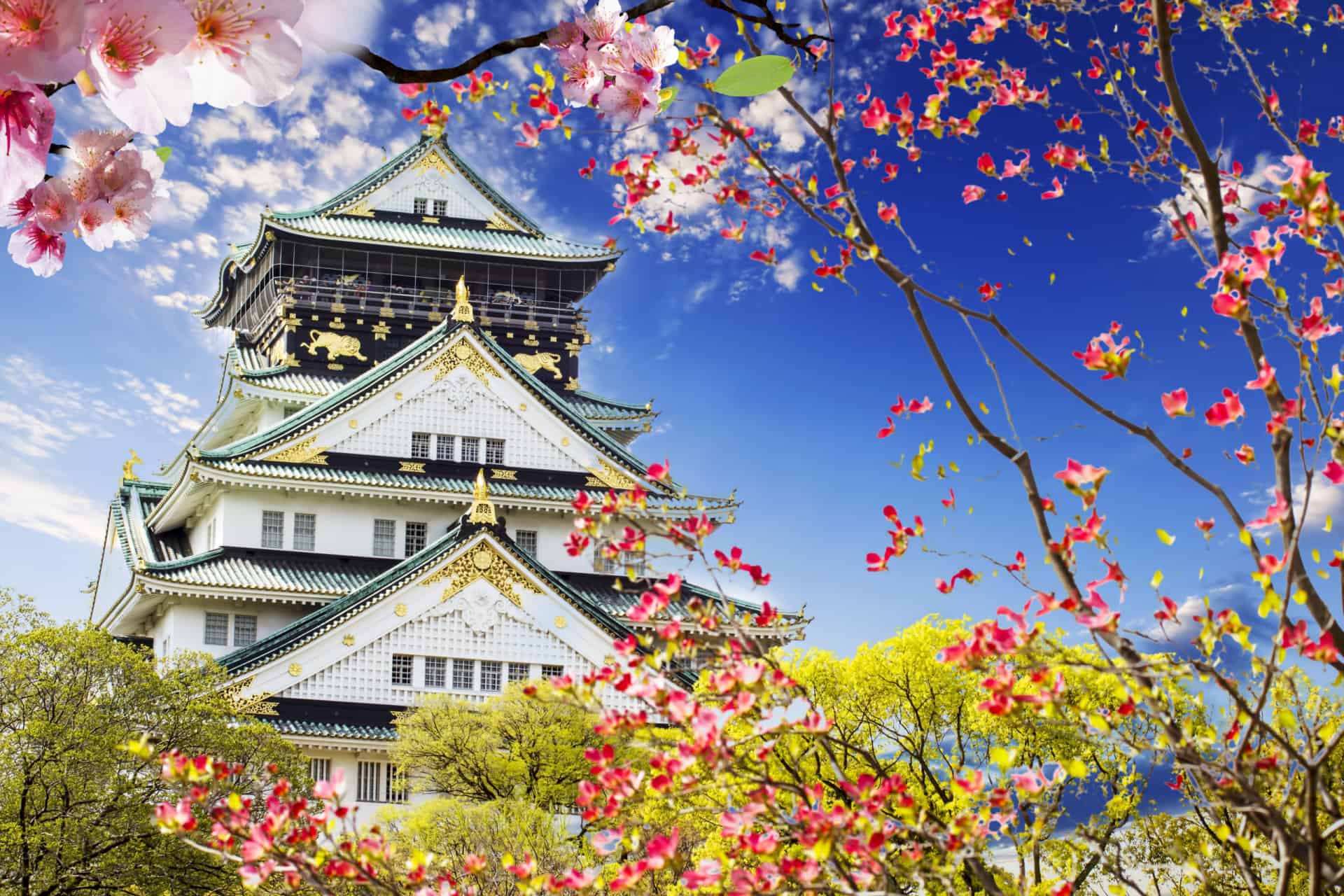 Tokyo is Japan’s capital and its largest city. Bustling with life and lights, it is considered the central home of Japanese pop culture.

In Shibuya, one of the city’s 23 city wards, you will experience the modernity of the country firsthand. This super urban city ward swarms with shopping stores and nightclubs and is a popular shopping and entertainment destination especially among the youth.

Shinjuku is an equally urban city ward with several shopping establishments, restaurants, nightclubs, and bars. But if you want to have a fill of Japanese performances, you can visit any of the theaters and halls.

Beneath Tokyo’s urban landscape and atmosphere is a strong regard for the country’s culture. To have a glimpse of the Japanese traditional culture, visit Sensoji Temple, a Buddhist temple founded in the 7th century. It is Japan’s oldest temple, where several events are held throughout the year.

The Imperial Palace is also worth visiting. It is the home of the country’s Imperial Family and is located in central Tokyo right where the Edo Castle was built. It is a massive place surrounded with stone walls. Guided tours are facilitated by the Imperial Household Agency

Kyoto had been the capital of Japan from 794 to 1868 and is, therefore, a home of the country’s ancient culture and history. In this city, you will find numerous castles, shrines, and temples that stand as reminders of the country’s colorful past.

Begin your visit by touring the Kyoto Imperial Palace. This massive complex is the home of the Imperial Family until the capital was moved to Tokyo. Tour is also handled by the Imperial Household Agency.

Nijo Castle is another historic site. Built in 1603, the palace is the residence of the first shogun of Japan’s Edo Period and was once used as an imperial palace. As you walk into the castle, you will be enthralled by its enormous beauty and architectural form. The gardens, walking paths, and castle buildings are a sight to behold, collectively making Nijo Castle deserving of its designation as one of the UNESCO World Heritage Sites.

Another UNESCO World Heritage Site is the Kiyomizudera (Pure Water) Temple. The temple is named after the Otowa Waterfall, the site where the temple was built in 780. Upon stepping on the temple’s famous wooden terrace, you will have a breathtaking view of Kyoto and the magnificent beauty of the cherry and maple trees below. You can also visit the Otowa Waterfall at the base of the main hall. The water flows into three streams, and drinking from any of the streams can bring one of these three benefits: love life, school success, and longevity.

Also a former capital of Japan, Osaka is presently a local economic hub. And like most places in Japan, this city successfully married the popular and traditional cultures of the country. Proof to this is the co-existence of cutting-edge modern structures and time-honored castles and temples.

If you want to have a glimpse into the ancient Osaka, make sure to pay Shitennoji Temple a visit. Built in 593, this Buddhist temple is the oldest state temple in the country. The temple is a striking beauty with all its buildings, gardens, and carefully designed façade.

Osaka Castle is another interesting structure. It was first built in 1583 and had had several reconstructions until 1997, when all major reconstructions and polishing were completed. The castle is a massive structure with a museum, garden, and a tea house. It also houses the Osaka Castle Park, which consists of a multi-purpose arena, sports facilities, and Hokoku Shrine.

The Mt. Fuji area is where Mt. Fuji, the tallest and the most celebrated mountain in Japan, is located. This dormant volcano, which has a peak of 3,776 meters (12,400 feet) above sea level, is a haven for mountaineering enthusiasts. It has four mountaineering trails that expose every mountaineer to a unique exploration experience.

The Mt. Fuji area is an expanse of beautiful scenery with lush forest and lakes, offering itself as perfect destination for other outdoor activities such as fishing, camping, and hiking.

The Hakone area also boasts of spectacular scenery, painted perfectly by numerous low-peak mountains, an abundant collection of flora and fauna, and calming lakes. The Hakone area is home to several resorts and spas.

In Izu Peninsula area, you will enjoy beautiful scenic offerings. Mt. Amagi, which is a group of volcanic mountains, lies within the area and is open for hiking and climbing.

The Izu Islands area is a Japanese version of tropical islands with its clear waters, blue skies, and warm weather. The area is a perfect destination for swimming, hiking, bird watching, and whale watching.

A former capital of Japan, Nara is considered the cradle of Japanese arts. This is where most of the traditional arts were developed and later passed on from generation to generation. The city is culturally rich, as evidenced by the numerous temples and shrines.

A trip to Nara is not complete without visiting the Todaiji Temple, the world’s biggest wooden structure and one of Japan’s most historical temples. Todaiji grew influential after it was founded, prompting the government to move the capital to Nagaoka. Inside the temple you will find one of the world’s largest bronze Buddha statues.

The history of Nara is apparently intertwined with Buddhism, which is why you can find several Buddhism relics, sculptures, and paintings in the city. These are safely stored in the Nara National Museum and are available for viewing.

Renowned for the World War II atomic bombing, Hiroshima has now a thick peaceful atmosphere, a result of the remarkable government efforts to rebuild the city.

To commemorate the bombing, the government turned the bomb drop point into a big park called Peace Memorial Park. The tree-lined park evokes serenity and is one of the city’s landmarks. You can walk the entire park using the walking paths and enjoy the vast scenery.

At the heart of the park is the Peace Memorial Museum where you can view different relics from that dreadful August 6 bombing. The museum is a great place to learn more about the bombing and its effects on the Japanese people and the country in general.

You can also visit the A-Bomb Dome, the ruins of the Prefectural Industrial Promotion Hall, and the Cenotaph for the A-Bomb Victims, an arched tomb for the bombing victims.

Kamakura used to be the seat of military government in Japan. But today, the town is an attractive tourist destination replete with cultural and historical structures.

One of which is the Great Buddha of Kamakura, the second largest Buddha statue in Japan with a towering height of 13.35 meters. It is situated at the Kotokuin Temple. You can get inside the bronze statue through the door at its back.

A trip to Kamakura is not complete without visiting the so-called Five Great Zen Temples. These five make up the Kamakura Gozan established mainly to propagate Zen Buddhism. According to ranks, the five temples are Kenchoji, Engakuji, Jyufukuji, Jochiji, and Jyomyoji.

Situated along the Pacific coast, Kamakura boasts of several beaches as well. These beaches are popular tourist destinations and are packed with tourists every summer.

Located in the Tochigi Prefecture, Nikko is a city famous for its strong Buddhism and Shinto influence.

Nikko houses the renowned Toshogu Shrine, a richly decorated mausoleum of the Tokugawa shogunate founder Tokugawa Ieyasu. Its backdrop is a lavish forest that brings you closer to nature. When you enter the shrine, you will find gorgeous adornments lining the interior, which collectively add to the shrine’s inherent beauty.

In Nikko you will also find Taiyuinbyo, a mausoleum for Iemistsu, grandson of Ieyasu and also a Tokugawa shogun. The mausoleum is intricately designed and has a color palette of black, gold, and red. Taiyuinbyo is intentionally structured differently from Toshogu, although some Toshogu elements are present in the mausoleum.

Yakushima is a subtropical island located in the Yuki Island of Kyushu region. It is 2,000 meters high, with several peaks reaching up to 1,800 meters.

Yakushumi’s abundant flora and fauna, most of which are endemic to the place, create diversified and visually appealing sceneries. You can explore the beauty of the island in several different ways such as hiking, driving, scuba diving, and snorkeling.

Miyako Island is a popular and enticing beach spot in Okinawa. Its small network of beaches offers tourists a calming getaway experience.

Miyako Island beaches, which include Maehama, Yoshino, and Sunayama, are perfect for swimming, snorkeling, and scuba diving. The beaches create a beautiful imagery, as the blue skies and the clear waters touch in the horizon and as the waves roll toward the white shore.

Miyako Island has a subtropical climate, which makes it an even more attractive place to visit. 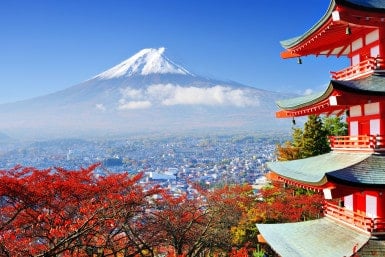 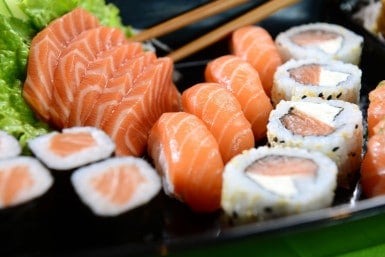 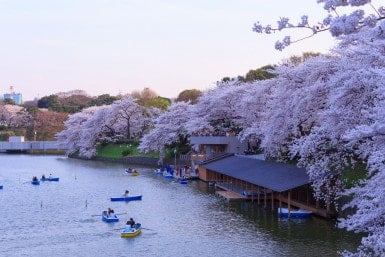