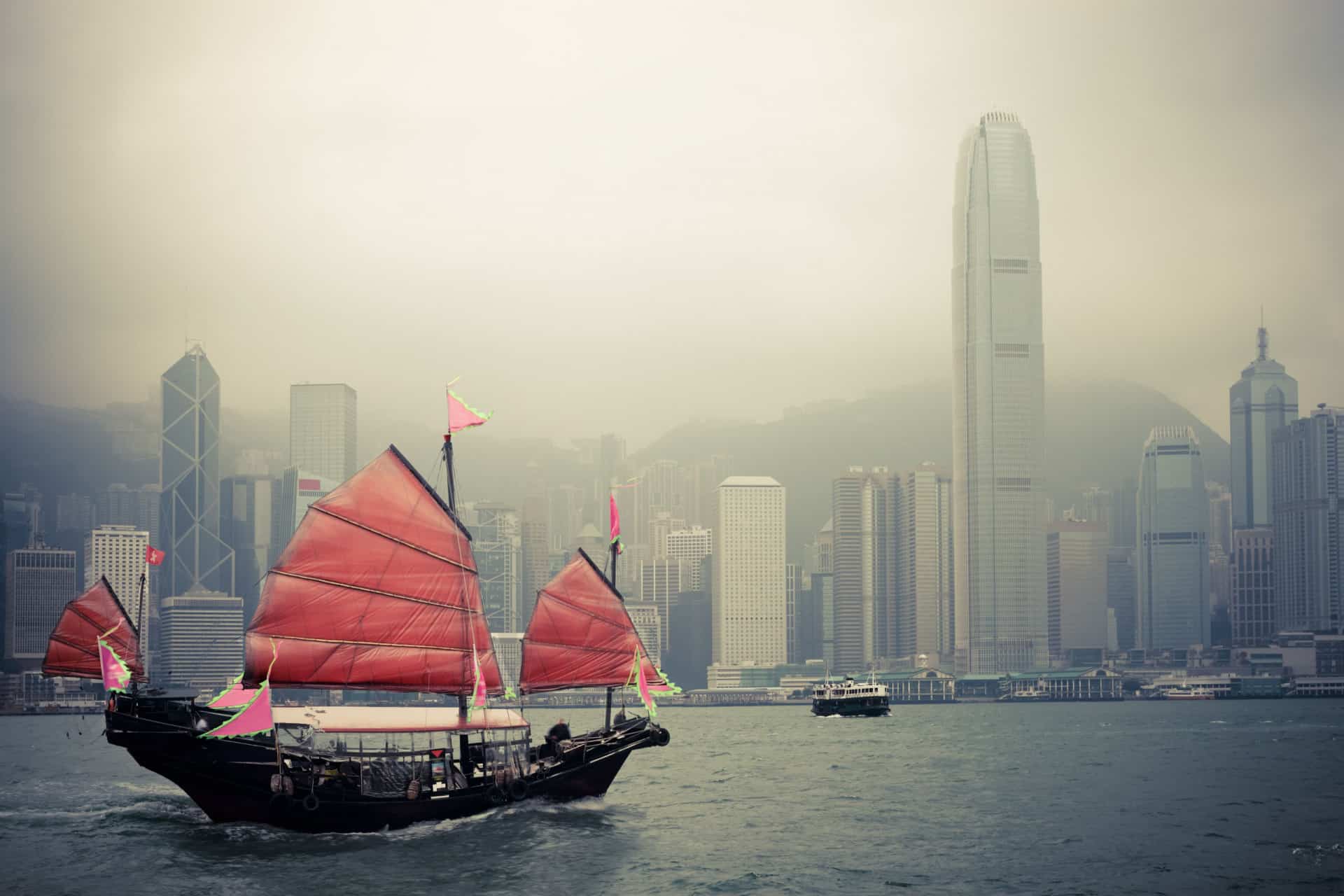 Ocean Park is Hong Kong’s “grand dame” of theme parks. First opening in 1977, the park encompasses over 870,000 square meters (214 acres) of land on the southern portion of Hong Kong Island.

Park visitors are definitely in for a treat, with the various exhibits, amusement rides and special shows, featuring a wide assortment of animals from the depths of the sea. With its vast land space, Ocean Park is divided into different areas, which are all linked together by the world’s second longest cable car system.

One such area is Aqua City, which boasts of the world’s first water screen show, providing a look into the underwater world at a 360-degree angle. Spectators are usually left enthralled at the sight of thousands of fishes and other sea creatures.

Hong Kong’s Ocean Park is also home to “landlubbers,” who may even have the chance to “meet” two giant pandas who live in their natural habitat as part of the park’s wildlife conservation efforts.

As for thrilling rides, the theme park has plenty to offer, but the most popular ones are Abyss Turbo Drop, Flying Swing and the adrenaline-pumping Roller Coaster.

The Giant Buddha statue on Lantau Island is one of the most visited places in tour itineraries around Hong Kong. Lantau Island itself is a far cry from the densely-filled Kowloon and Hong Kong islands, and, visitors may appreciate being surrounded by a wide expanse of green countryside.

Rising to 34 meters (approximately 111 feet), the Giant Buddha is the world’s tallest outdoor seated bronzed figure of the deity. Casting a lone majestic figure amid the mountains of Lantau Island, it took 10 years to make the colossal structure in China, before it was transported to Hong Kong.

Within the same location of the Giant Buddha, Po Lin Monastery and the Wisdom Path provide great sources of inspiration for anyone seeking a tranquil escape from the daily rigors of life.

Going up this area may prove to be a “heart-stopping” experience if you take the Ngong Ping Cable Car, which is conveniently located near the Citygate Outlet Mall. The mall is also linked to the MTR trains that can take you back to the city center in no time at all.

Many tourists opt to stop by Hong Kong Disneyland along the way for an afternoon of magic and amusement. The fireworks at the end of the day are a fitting ending to a delightful Lantau Island outing.

Victoria Harbour, alternately called Hong Kong Harbor, is the primary landmark of the city, and represents its mighty presence in Asia. One look at the harbor would show the ultra-modern pace by which Hong Kong operates its day-to-day activities, while adhering to the city’s rich culture and traditions at the same time.

A daily scene at the harbor is usually of Chinese junk boats with their recognizable sails passing by skyscrapers. The construction of the buildings along the harbor was done under the guidance of feng shui principles, hoping to ensure that there is an abundant flow of positive energy, in turn securing good fortune and prosperity for the city.

A number of hotels are built alongside the harbor enticing visitors with magnificent views of this timeless feature of Hong Kong. For those who can’t afford pricey hotel accommodations however, there are two exciting ways to enjoy Victoria Harbour without paying top dollar.

Take a tram ride to The Peak to get a staggering view of the harbor from a very fortuitous position. On a clear day, Victoria Harbour glistens against the boundaries between Kowloon and Hong Kong islands.

People wary of high altitudes may prefer to stay on the ground and visit the Avenue of Stars along Tsim Sha Tsui promenade. You might want to hang around at night as the Symphony of Lights transforms the harbor into a visual cacophony of sound and colorful lights, “bouncing” playfully from more than forty of Hong Kong’s skyscrapers.

Nan Lian Garden is a wonderful respite from all the shopping, sightseeing and walking in the concrete jungles of Hong Kong. With structures and landscaping based on the Tang Dynasty era, the garden is a breath of fresh air in the heart of the bustling metropolis.

The tranquil atmosphere of the Garden is a sharp contrast to the busy aura projected by the tall buildings in the background. There, you can walk among temples, ponds, pine and cypress trees, bridges and ornamental rocks while learning about the architectural styles used in the traditional garden.

The center of attraction inside Nan Lian Garden is the Perfection pavilion and Zi Wu bridge, which strike a gleaming reflection in the pond due to the pavilion’s gold hue and the bridge’s crimson paint.

Inside the exhibition halls within the garden, visitors can also find other equally interesting cultural highlights. This little piece of heaven is located in Kowloon’s Diamond Hill neighborhood, which is easily accessible from the MTR Diamond Hill station.

Lan Kwai Fong offers a vast range of entertainment options when the sun goes down in Hong Kong. This cluster of bars and restaurants is located in Central District, the main business hub where regional offices of global financial corporations hold fort.

Such a location means Lan Kwai Fong usually teems with expats, who need only walk a few steps from their corner offices to make their way to happy hour.

Concentrated around the alleys of D’Aguilar and Lan Kwai Fong, nightlife is at its peak as revelers, usually with drinks in hand, spill out onto the cobblestoned lane. Lively music reverberates with bass beats punctuating the air of merrymaking, which usually goes on until a few hours before the sun creeps up over the horizon.

If you prefer a more relaxed vibe, close to Lan Kwai Fong is Soho, which stands for “South of Hollywood Road.” Soho ignites a passion for food among gourmands hoping to be part of the scene inside Hong Kong’s best upmarket restaurants and bars.

Most of these trendy establishments encircle the Mid-Levels escalator, the longest network of covered escalators in the world. Covering more than 800 meters in distance, the moving stairway provides an easier route for pedestrian traffic coming from Central all the way up to Western District.

Busy street markets in Hong Kong illustrate the intoxicating call of retail therapy complemented by delicious smells of street delicacies wafting among the makeshift stalls. The Ladies Market in Mongkok, in particular, is never without the incessant flow of human traffic.

With wares like designer knock-offs, souvenirs and children’s clothes, the Market is a veritable stockpile of bric-a-brac. It is located in Tung Choi Street, one of the busiest shopping streets in Kowloon frequented by tourists. Despite its name, the market does not only cater to women, as there are several goods for men as well.

Running parallel to Tung Choi is another shopping street closed off to vehicles called Sai Yeung Choi, which is a long stretch of establishments selling the latest electronic gadgets. There are some trendy apparel shops and hole-in-the-wall restaurants joining in the fray as well. Another bargain haunt in Kowloon is Temple Street Night Market in Yau Ma Tei, which offers not only clothes for sale, but delicious food items as well.

The Lam Tsuen Wishing Tree usually becomes awash with chatter during the Lunar New Year, when many Hong Kong people visit the ancient camphor tree to make their wishes. The famed tree is located near Tin Hau Temple, which dates back to the Qing Dynasty in the 1700s.

The Wishing Tree is part of the local traditions in Lam Tsuen, found in the New Territories, which is the area that falls between Hong Kong Island and Mainland China. Devotees write down their wishes on a piece of wish-making paper sold at the stalls nearby, and then tie them onto the wooden rack found near the trees.

It was an earlier practice to tie oranges with string to the paper, and then toss it up into the branches. Conservationists, however, were worried about the welfare of the ancient tree, more so when one of the branches fell off in 2005. To protect the tree from further wear and tear, a wooden rack was placed beside it, where the pieces of paper can be attached.

Wong Tai Sin Temple is perhaps the most famous Taoist temple in the city because of its good track record in providing people with answered prayers and infallible predictions. Visiting the temple would leave one with a hefty serving of insights into the Chinese temple culture.

The temple was erected in honor of the monk Wong Chuping from Guangdong Province in China, who reached enlightenment and was elevated into the status of deity. In the Taoist world, he became known to possess powers that could heal ailments, reprimand wrong-doers, and fulfill wishes.

It’s no wonder then that Wong Tai Sin Temple is always filled with people kneeling in supplication in front of the Main Altar, while smoke from burning joss sticks fills the air. Devotees come here to have their fortunes told, mainly through the use of fortune sticks contained inside a bamboo tube. Each of the sticks is numbered and corresponds to a reading of one’s fortune by the soothsayer. Tourists may also have a go at finding out their fortune at the booths that offer face-reading and palm-reading as well.

Repulse Bay is an affluent residential area in the Southern District of Hong Kong Island. Renting an apartment in this serene seaside environment would typically cost a five-figure amount every month. One look at the long, broad beach and the pristine blue waters is enough to explain why living in Repulse Bay is worth the relatively high cost.

Only a 20-minute drive from Central District, Repulse Bay beckons to beach lovers with its clean sand and gentle waves, drawing multitudes during summer. The beauty of this long stretch of beach is often likened to the splendor of the Mediterranean coast, save for the fact that there are two towering statues of deities looking out at the sea.

These welcoming giant figures standing in the park facing the beach are Tin Hau, Queen of Heaven, and Kwun Yum, Goddess of Mercy. Both are believed to protect fishermen and seafarers on their journeys and provide bountiful catches. The park is a favorite spot for sunset-viewing at the end of the day, for locals and tourists alike.

Cheung Chau Island has a laidback fishing village charm, making it an ideal location for a day trip away from the harsh realities of urban living. Only a ferry ride from Central Pier, Cheung Chau is one of the more popular areas of the Outlying Islands. A visit to this picturesque island often includes feasting on the freshest catch of the day from any of the local restaurants.

The island’s two notable bathing beaches, Tung Wan and Kwun Yam Wan, entice weekenders to enjoy its fair share of water sports and seaside recreation. To get the most perfect panoramic shot of the island, Beitiao Pavilion serves as the best look-out point.

Around April or May, Cheung Chau Island is abuzz with elaborate fanfare to celebrate the Bun Festival, which commemorates the riddance of the plague that befell the island more than 100 years ago.

The festival is so named because it is said that the villagers were able to cast away evil spirits by setting up a sacrificial altar and offering buns to the god, Pak Tai. It is marked by colorful parades, Taoist ceremonies, dances, and other performing arts, which usually last for a week. 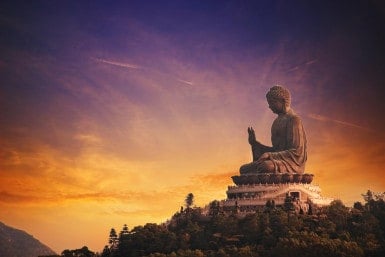 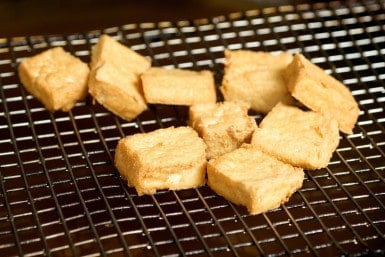