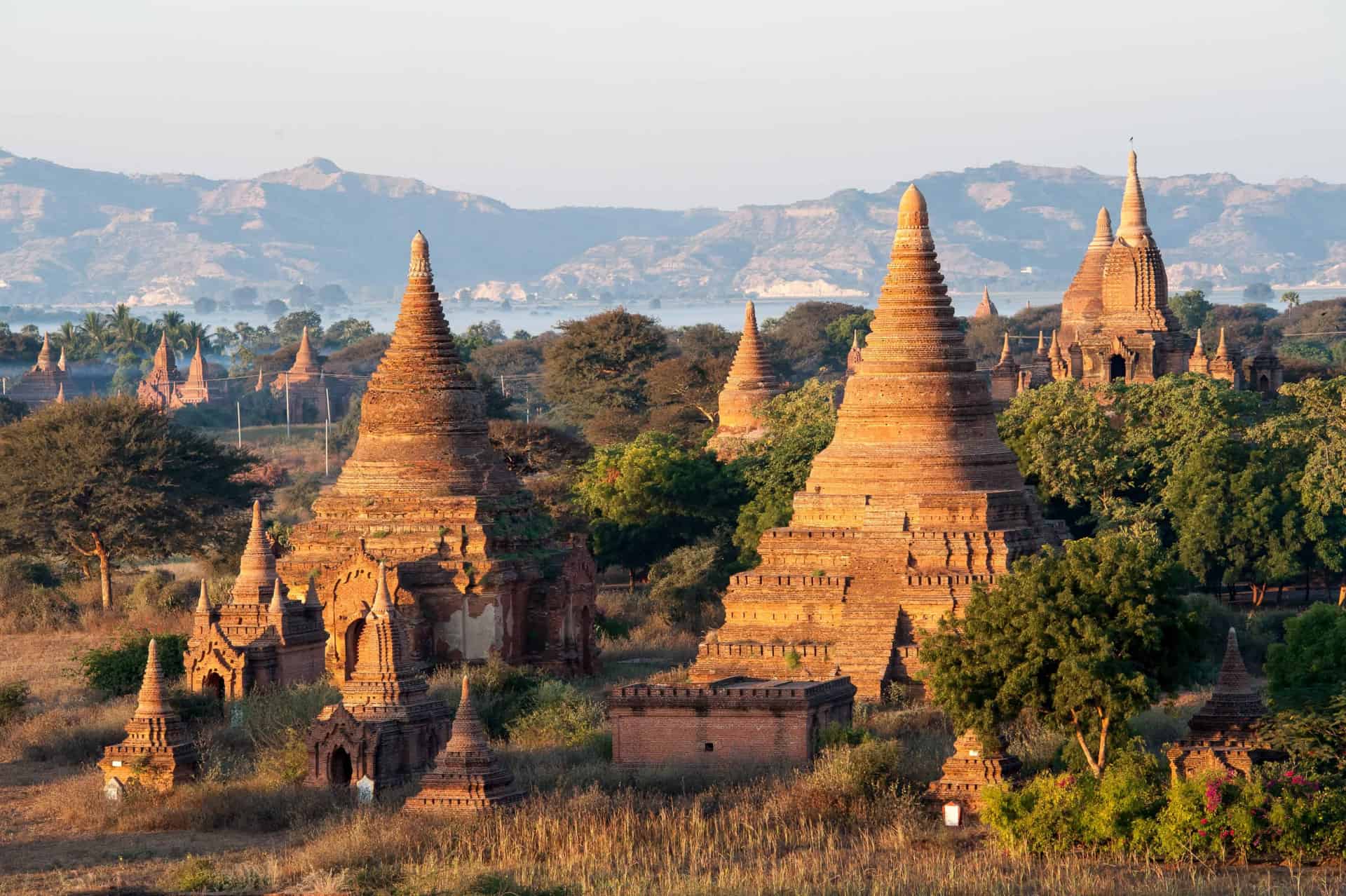 Mandalay is one of the top destinations in Burma because there is always less rain here compared to other places in the country.

Mandalay is known as the old capital of Burma. It is also the second largest city in the country.

Today, Mandalay is the cultural capital of the country. Here you will find sculptors, bronze smiths, and tapestry weavers all producing only the best cultural products in the country. If you’re searching for authentic Burmese art and crafts, this city is definitely the best place to go to.

Mandalay is also where you will find the Mahamuni Buddha, which is considered the most sacred statue of Buddha in the country, and Mandalay Hill, where you can visit the famous stone inscription of Tipitaka.

Burma is known for its many temples and pilgrimage sites. One of these sites is the Golden Rock, also locally known as the Kyaiktiyo Temple.

The Golden Rock isn’t really made out of pure gold; it’s a gigantic granite boulder perched on top of a hill and covered in golden leaves.

When you visit the pilgrimage site, you will notice that the boulder is leaning toward one side of the hill, looking as if it would fall any second. This gravity defying sight is one of the reasons why so many tourists come to see this rock.

At Bodhi Tataung, you will find two gigantic statues: a 423-foot standing Buddha, which is taller than the Statue of Liberty, and a 312-foot long reclining Buddha located right in front of the standing Buddha.

Other attractions in the area include Mohnyin Thambuddhei Paya, which has a stupa similar to Borobudur of Indonesia. This temple contains over 500,000 images of Buddha.

Those who want to see something other than temples can head to the Poewindaung mountain caves, where you can find incredible stone carvings and mural paintings.

Bagan was the very first kingdom of Myanmar. Today, it is the architectural capital of Burma and is known for having almost 2,000 stupas and temples. Considered the main tourist spot, it has been inviting tourists to the country for the past thousand years.

Bagan has been developed as a premier tourist destination. In fact, it now has a lot of luxurious guest accommodations. Bagan also offers different tourist activities such as hot air balloon rides, which give tourists a good view of Bagan from the sky.

Those who love nature adventures should visit Mt. Popa. It is the center of spirit worship in the country, but it also lends itself for hiking, trekking, and horseback riding.

Guests can as well witness the craftsmanship of Bagan locals by visiting lacquerware workshops. Lacquerware is one of the top thriving industries in the area and provides glimpses into the six-month process of making this traditional handicraft.

Red pandas can be found in Putao

From Putao, you can see the snow-capped Mt. Hkakabo Razi, one of the tallest icy mountains in Southeast Asia.

It is also here that the WWII British Fort Hertz is located.

But often, the biggest reason why tourists come to Putao is to see its flora and fauna, for the town is well known for its endemic birds and naturally growing rare orchids such as the black orchid. White-bellied herons, Apollo butterflies, and red pandas also make their home in Putao.

The easiest way to get into Putao is by air, but you’ll need to have a sufficient number of passengers to be able to get that mode of transportation.

You can also reach Putao by land, but only in summer, as the road tends to become difficult to navigate during the colder, wetter months.

Inle Lake is found in the middle of Myanmar, in the southwest of Mandalay. You can reach this place either by land or by air. It is easier and faster to go here by air, though, but it will definitely cost you more.

If you want to visit the lake, better come at around September or early October because this is the season of Pagoda Festival, wherein the famous Intha boat race takes place. Intha is an ethnic group living on Inle Lake, their houses built over water.

You will also find the Intha floating market and the floating pagoda – Phaungdawoo Pagoda – in the area.

You can hire a boat and travel around the lake. Not only will you be fascinated by the calmness of the surroundings, you will also learn more about the Intha culture and way of living.

If you haven’t got enough of Burmese culture and heritage, try to drop by Kyaing Tong. Tourists flock to Kyaing Tong to witness the way of living of some of Burma’s hill tribes, which include the Akha, the Lahu, and the Shan.

Compared to other parts of Burma, Kyaing Tong has a cool weather. And this makes tourist activities, such as mountain biking, trekking, and adventure tours, all the more fun and convenient to do.

Kyaing Tong also boasts of popular tourist destinations, including Lone Tree Hill, which is a kanyin-byu tree standing alone on top of Soon Mun Hill; and Nong Tong Lake, which is found in the middle of Kyaing Tong and is said to once cover the whole of the city.

The name Kyaing Tong literally translates as “Walled City of Tung.” The area was once a fortified city, and to this day, remnants of the walls are found here.

If you want to get away from the city and see more of Burma, head to Ngwe Saung Beach. It is nine miles long and considered one of the longest beaches in Southeast Asia.

In the past years, Ngwe Saung has experienced a tourism boom due to the unbelievable quality of its sand and water. Compared to other beaches in Southeast Asia, Ngwe Saung is just starting to gain attention from tourists all over the world.

This paradise can be reached in three ways. You can take the five-hour drive from the country’s largest city, Rangoon, or you can get on a ferry for an overnight trip. But if you want to save time, book a 25-minute flight to Pathein via Air Bagan. From there, you will take a one–hour drive to the beach.

Ngapali Beach is one of the best beaches in the country and is one of the most sought-after beaches in Southeast Asia. It is the usual getaway of those who want to escape the urban city and experience a more relaxing and rejuvenating environment.

The beach is three kilometers long. It is characterized by white sand and palm trees, and offers a great view especially during sunset. All this makes sunbathing and strolling along the beach more fun and exciting.

What’s more, Ngapali Beach is also a nice spot for cycling. Bicycle tours and visits to the fishing villages in the area can be arranged once you arrive.

And if you want an extra special beach vacation, head to the 18-hole golf course located 15 minutes away from the beach.

Of course, who would forget to visit the country’s largest city, Rangoon? Also known as Yangon, this city is known for its colonial architecture. It is also the busiest city in the country.

Rangoon is a mix of the old and the new. You will get to see Chevrolet buses running the streets as well as locals in traditional clothes.

The city also prides itself for being the home of one of the most revered pagodas in Southeast Asia – Shwedagon Pagoda. It is said that the pagoda was constructed during the time of Buddha. Today, it holds holy hair relics of Buddha.

Shwedagon Pagoda stands 326 feet and is the most noticeable landmark in the country.

One of the most popular ways to get around Rangoon is via the circular train, which will cost you only $1 a ticket. You can also try the Dallah ferry.

The ferry has no seats in it, so you have to rent small-sized seats for a minimal price, or you could go for the larger deck chairs, which will cost you a little more. The trip is short but definitely enjoyable. 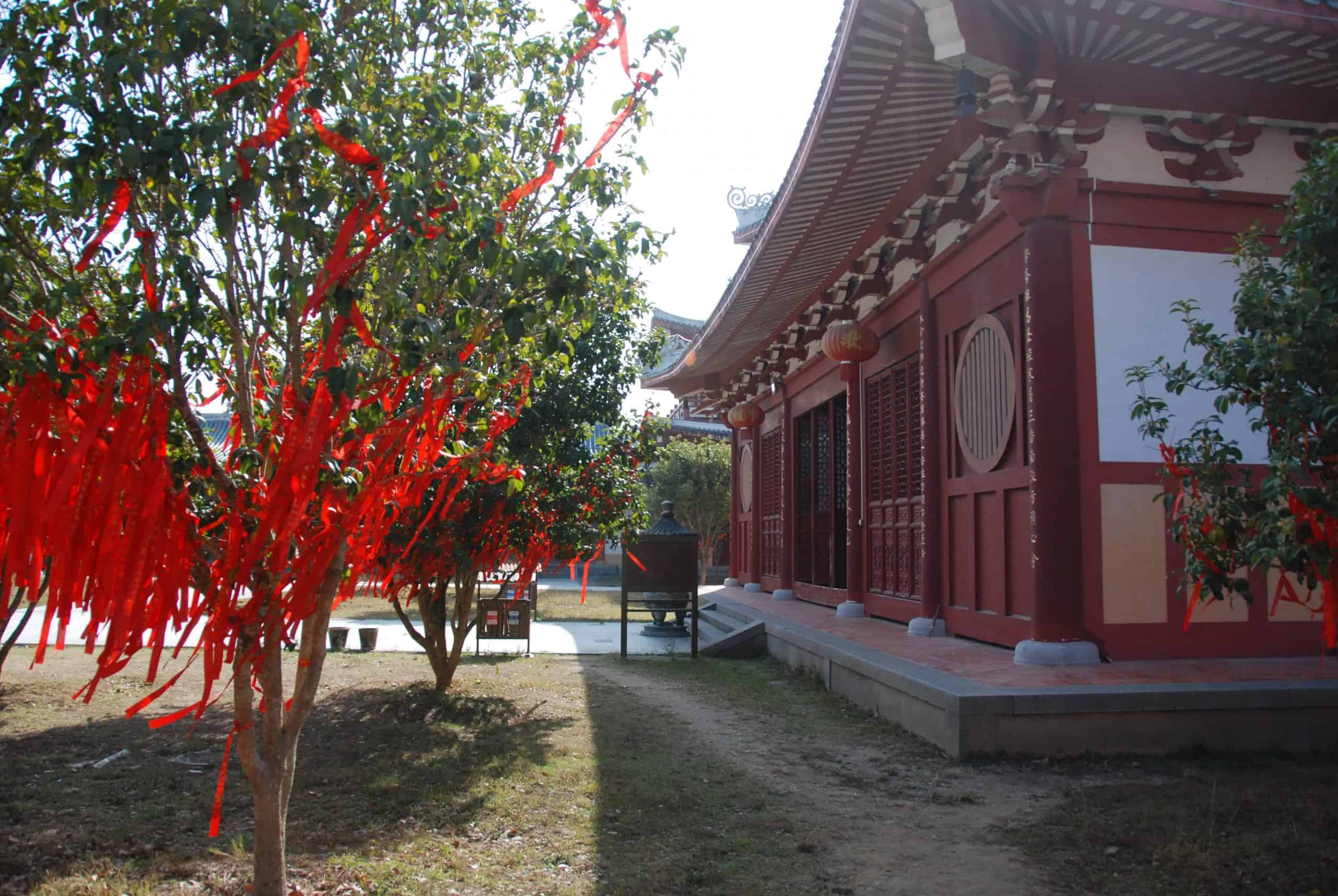 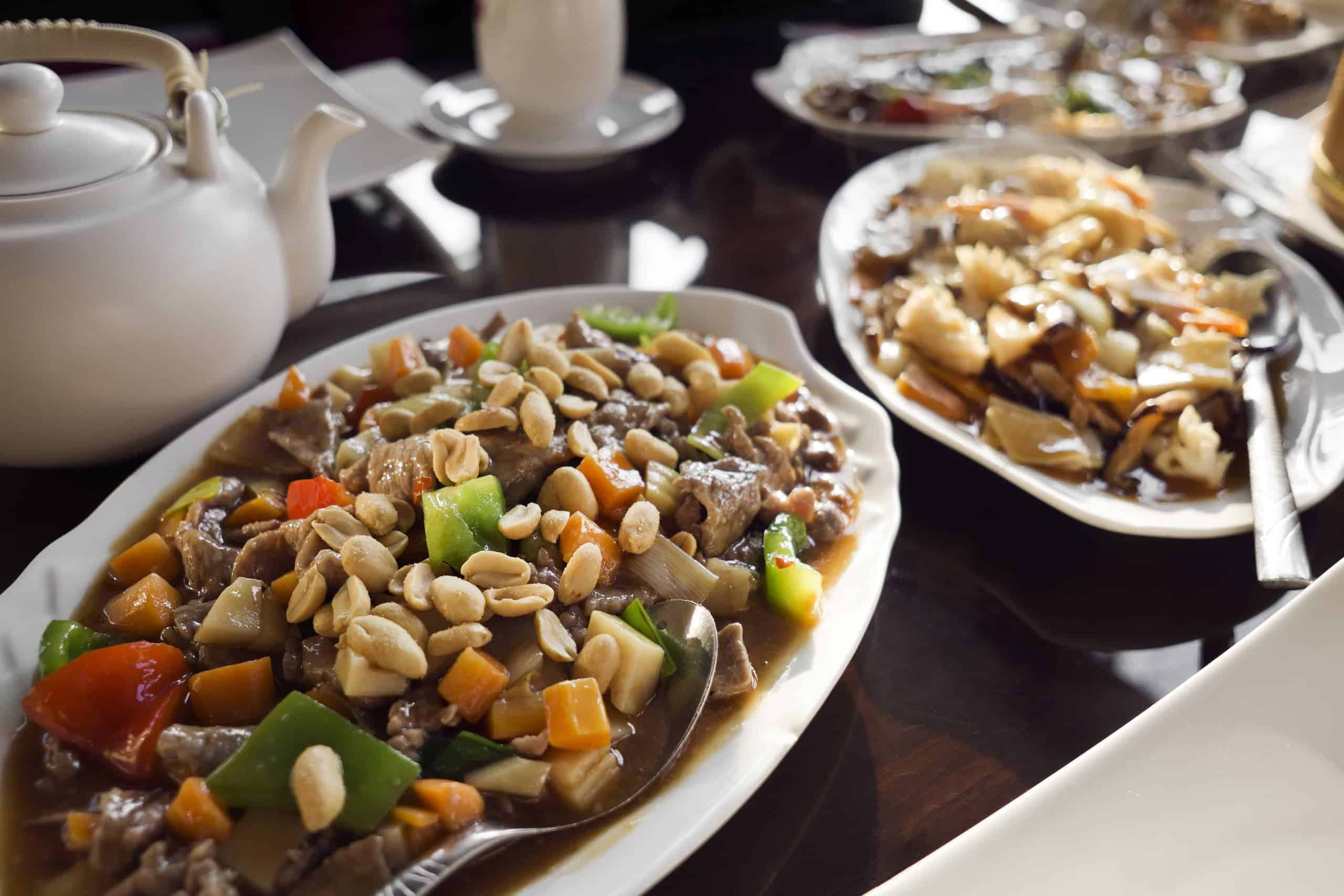 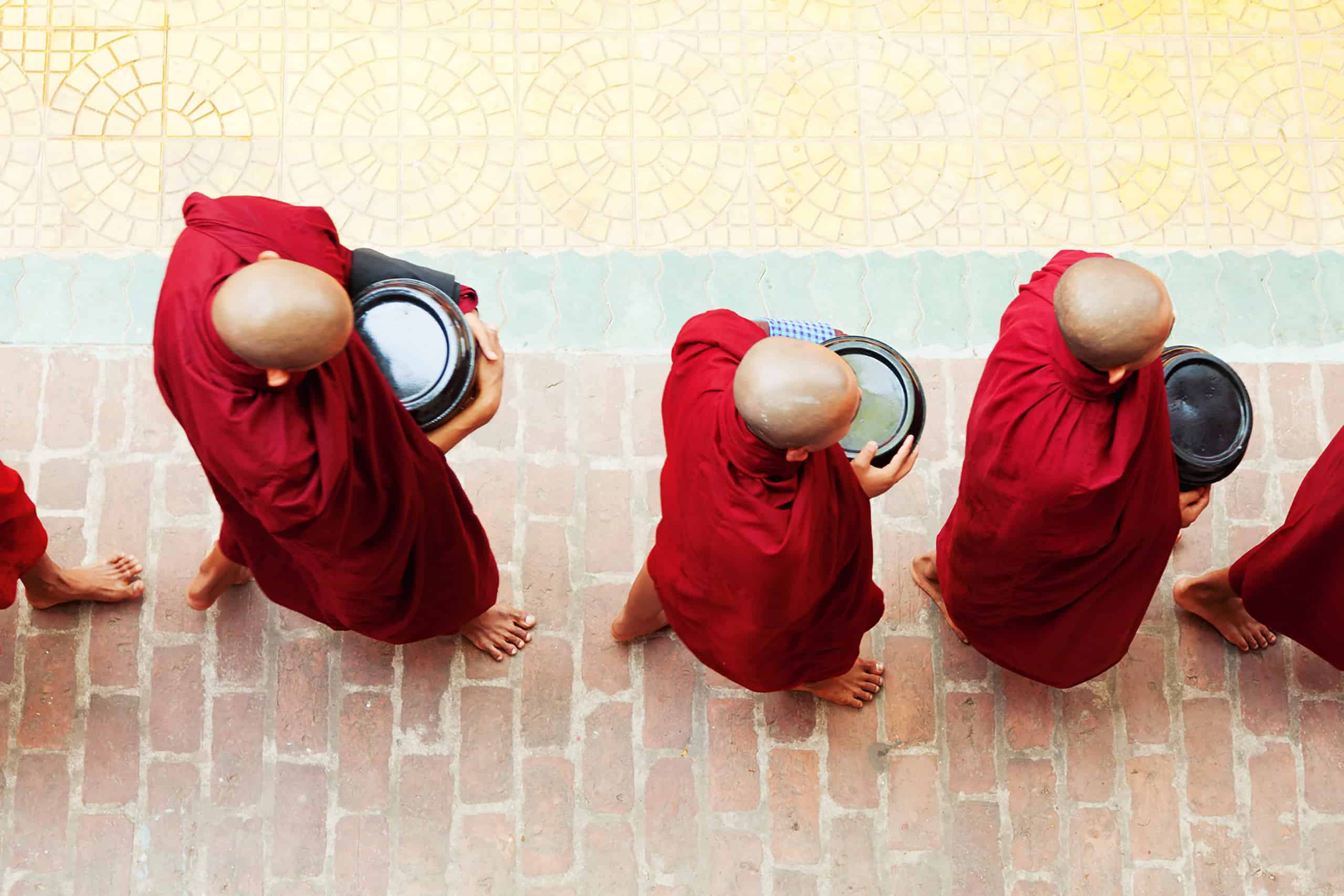 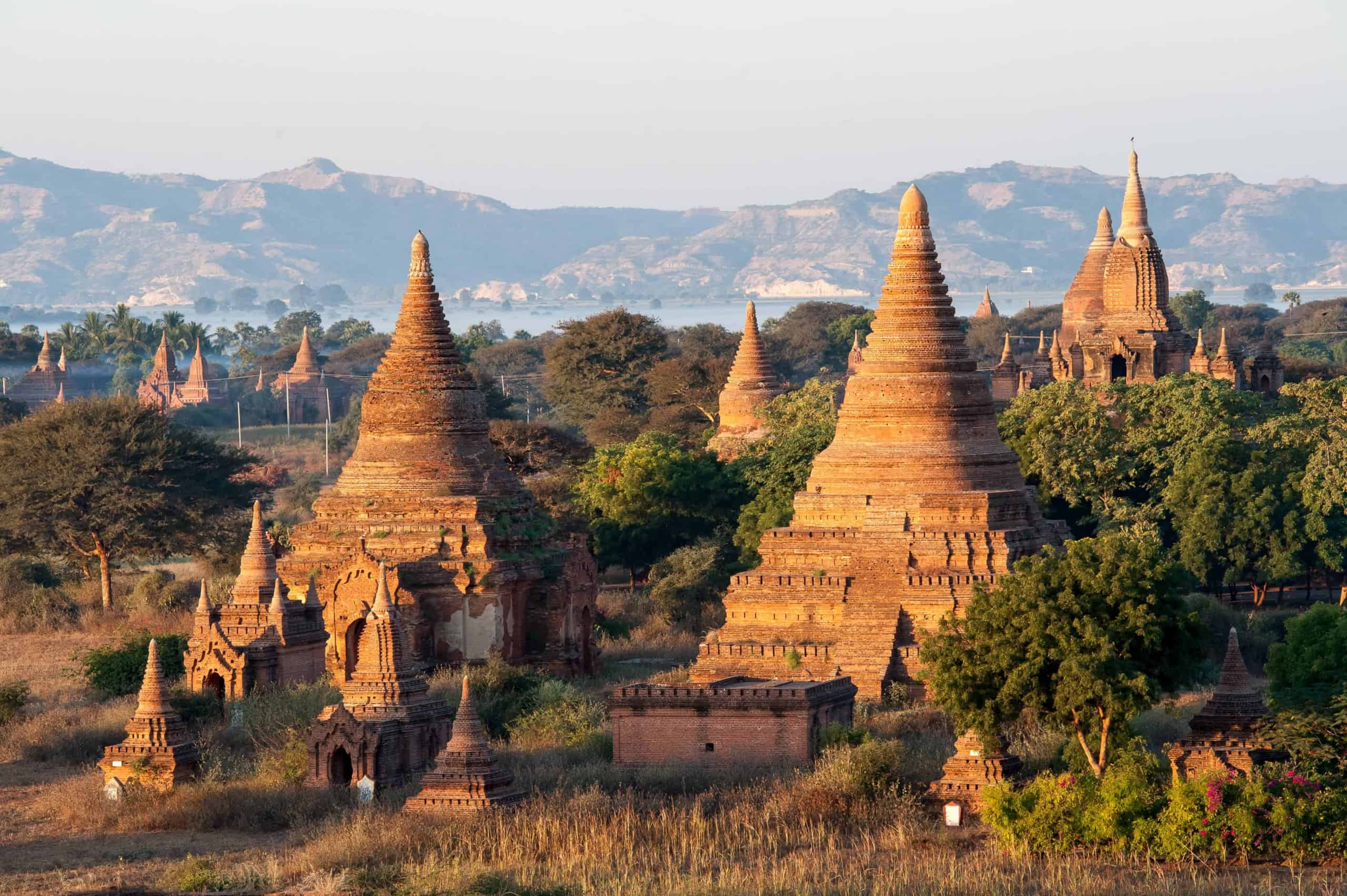