Some of the most notable festivals include the fifteen-day Ananda Pagoda Festival–held on varying dates in January, as it is based on the phases of the moon–celebrating the limitless wisdom of Buddha.

This festival is celebrated in Bagan, one of the most amazing archeological sites in the whole of Asia. Locals traditionally came to this festival in animal-pulled carts. Attending this celebration will allow you to see a lot more of Bagan’s traditional culture and lifestyle.

Other Buddhist festivals worth seeing are the five-day Pindaya Shwe Oo Min Festival, held in February; the fifteen-day Pakokku Thiho Shin Pagoda Festival, held in June;  and the three-day Festival of Light, which is celebrated countrywide in October.

Chinlone and Burmese boxing are two of the country’s traditional sports.

Chinlone is the national game of Burma. When visiting the country, you will notice that small kids play this in the street.

Chinlone makes use of a rattan ball and is composed of one to six players. The objective of the game is simple: to keep the ball from falling to the ground

You can use any part of your body, except your hands, to hit the ball. Then pass it onto other players, making sure to keep it from falling

Burmese boxing, or lethwei, on the other hand, is an unarmed Burmese martial art. It is quite similar to muay thai and pradal serey.

There are a lot of lethwei workshops and schools around the country that will help anyone willing to learn the basics of this Burmese martial art.

You don’t have to become a Buddhist convert to join a Buddhist retreat.

Buddhist retreats are done by those who want to seek peace and harmony in their lives or to simply understand what Buddhism is all about.

These retreats are not your typical three-day-and-two-night vacations; they can last up to a month. So if you’re interested to join, you have to arrange all your documents,including your visa, for a longer stay in the country.

Don’t worry about finding meditation areas since Burma has a lot of these. But the ones in Rangoon are the most famous meditation centers.

July and October are the best months for Buddhist retreats.

In almost any Asian country, there is no shortage of exotic foods. Burma has its own share of exotic delicacies, which are often sold on streets.

You can find crunchy bats in barbecue sticks or in Chinese herbal soups, or python steaks in some of the exotic restaurants. And don’t be surprised if you see Burmese eating cobras for dinner and drinking cobra blood as if they’re drink wine.

Snake schnapps are in fact famous in Rangoon. Locals make these beverages by putting highly venomous snakes–such as vipers and cobras–geckos, and other big bugs in large containers filled with alcohol and letting them sit there for half a year. After that, the liquid is transferred into whiskey bottles and sold to locals. It is said that this drink is good for blood circulation.

The main reason why tourists go to Burma is usually to see the stupas, temples, and all other pilgrimage sites. These are scattered all over Burma, so you won’t have a hard time finding them.

Bagan is one of the best sites to visit since is it has over 2,000 stupas. If you can visit all of them, then consider yourself lucky.

The country isn’t known for having tall buildings and an urban city feel; Burma is a very laidback country filled with friendly smiles and a warm atmosphere. 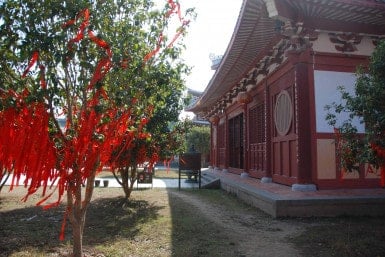 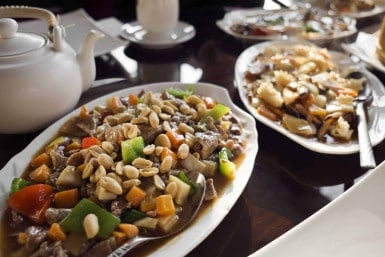 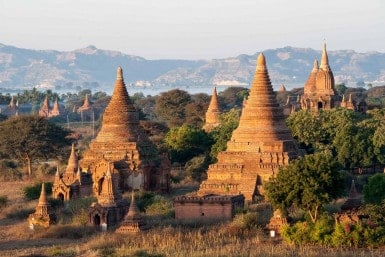