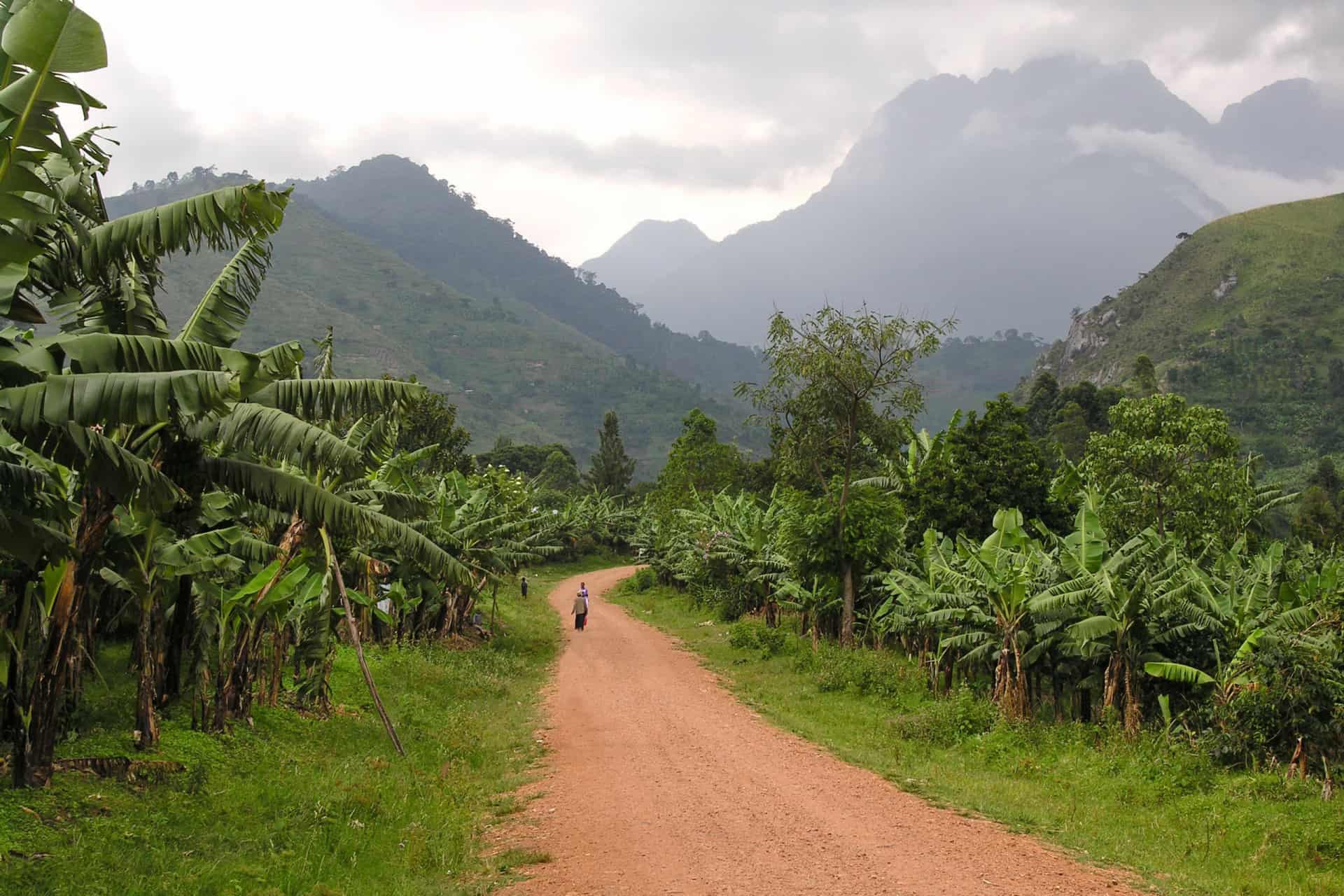 Murchison Falls National Park is one of the oldest conservation areas of Uganda. It was first sectioned off in 1926 as a game reserve, with the intent of protecting a savannah that was once described by Winston Churchill as “Kew Gardens and the zoo combined on an unlimited scale.”

The park’s area is at 3,893 square kilometers, making it Uganda’s largest nature reserve. It is also part of the Murchison Falls Protected Area, which includes the adjacent Bugungu and Karuma wildlife reserves.

Bisecting the park is the raging Victoria Nile, which plunges over the namesake of the park – Murchison Falls. After the waterfall, the raging river turns into a peaceful stream that empties out into Lake Albert.

This river holds one of the best scenes of Ugandan wildlife, with elephants, buffalos, giraffes, crocodiles, and hippos living off it – truly a natural spectacle that you can never, ever find in a city zoo.

The source of the Nile

The Nile is the foundation of one of the most powerful civilizations the world has ever known, and its source is found right here in Uganda.

The source of the Nile, which is bordered today by the city of Jinja, is a wondrous sight to say the least. The majesty that it evokes hasn’t changed since the ancient times, with the river still flowing strong through the ancient Luxor temples of Egypt – roughly 6,000 km downstream.

The source of the Nile has been referred to in Ptolemy’s ancient writings. In fact, it was a puzzling geographical mystery in the Victorian Age – how can such a seemingly subtle body of water be the source of one of the greatest rivers of the known world?

The answer is that the source of the Nile gradually increases in power along the way, as it crashes through rock formations and twists through sharp tunnels. This actually leads to a favorite pastime in the area – white water rafting.

Thanks to its scenic beauty, the Queen Elizabeth National Park is one of Uganda’s most popular national parks.

Stretching over an area of 2000 square kilometers, the park incorporates a healthy variety of animal habitats, ranging from wetlands to savannah to forests.

The park is flanked in the north by the Rwenzori mountain range, to the west by Lake Edward, and to the south by the Ishasha River.

The Queen Elizabeth National Park is home to an impressive collection of mammal species. For instance, the Kyambura Gorge, which is located at the eastern part of the park, serves as home to several primate species, including chimpanzees.

Tourists can explore the park through walking safaris or wildlife drives, both of which can be arranged at ranger posts scattered throughout the park.

It is advisable to arrange such trips with a guide rather than trying to explore the park yourself. Doing the former not only benefits your safety but also ensures that you don’t miss out on anything that the Queen Elizabeth National Park has to offer.

The Bwindi National Park, with an area of 331 square kilometers, is also known in Uganda as the Impenetrable Forest. The terrain of the park is steep, and the foliage is dense and thick.

Penetrating the Impenetrable Forest is possible, but it is no easy task.

Nonetheless, all the hard work is justified once you catch a glimpse of the secret that the forest holds: The Bwindi National Park is, in fact, home to around half of the world population of mountain gorillas – roughly 300 in number.

In the park, the gorillas live in their own paradise, away from the captive bars of the zoo. Tourists are merely visitors to the home of these gentle giants.

Seeing these gorillas is one of the most memorable experiences a tourist can get, not just in Uganda but in the whole of Africa.

It is hoped that once people see just how amazing these animals truly are, there will be greater support for efforts to save these apes from extinction.

Originally named Nabulagala, the hill was renamed to Kasubi when Mutesa I established his palace here.

This house is known as Muzibu Azaala Mpanga.

The house has a deep mystical value that commands respect and invokes awe. The reed and ring work are extremely detailed, representing the Baganda’s 52 clans. The poles in the house are all equally straight and long, with barkcloth wrapped around them.

Located just 5 km from the capital city of Kampala, the Kasubi Royal Tombs of the Kings of Buganda was named a UNESCO World Heritage Site in December 2001.

To this day, it is alive both with religious activity and with 50,000 tourists visiting each year to catch a glimpse of past Ugandan royalty.

The Rwenzori mountain ranges are also known as the “Mountains of the Moon” because of their otherworldly allure and grandeur.

The mountain ranges lie in Western Uganda, near the border of the Democratic Republic of Congo.

Covering roughly 1,000 sq km and stretching for 120 km, the Mountains of the Moon have a unique characteristic – even though they are located at the world’s equator, their peaks are covered with snow!

These snow-covered peaks reach heights of over 5,000 meters, while lower slopes are covered by rich forests and woodlands.

Tourists can go hiking and mountaineering in the Rwenzori mountain ranges. Bird watchers are also welcome here, with over roughly 195 documented species of birds in the area.

Guided tours are also available, with the tour guides taking you to the snow peaks to observe the zones of vegetation – and of course, to play in the snow!

Kampala is the capital city of Uganda.

In the past, the city wasn’t a pleasant one – older Ugandans still shudder at the memory of the city once serving as the seat of power of a ruthless leader.

The violence of the past has certainly left its mark in the history of Uganda.

However, the Kampala of today has changed significantly. From a battered and downtrodden city in the 1980s, Kampala has evolved into a modern city that is the center of politics and commercialization in the country.

Kampala is also the center of knowledge in Uganda; most of the country’s schools and universities are situated here.

Modern architecture continues to spring up all over the city, either from blank patches of land or from renovations of old, dilapidated structures.

More importantly though, the people of Kampala are regaining faith in themselves as they strive to bury the traces of a dark past.

The Namugongo Martyrs’ Shrine is on the outskirts of Kampala, 15 kilometers east.

In 1886, under the orders of Kabaka Mwanga, 22 Catholic and Anglican martyrs were executed here by being burnt alive.

In memory of these martyrs, a church shaped like an akasiisiira (a traditional Baganda hut) was constructed here. It has 22 pillars made of copper, representing the 22 martyrs.

To this day, the copper pillars stand strong, perhaps symbolizing the strength of faith that the 22 martyrs possessed even in the face of death.

Consecrated by Pope Paul VI in 1969, the church is a popular pilgrimage site for Christians from all over the world. Visitors pay respect to the martyrs every 3rd of June, the date on which the tragedy occurred in 1886.

Tourists who visit the Namugongo Martyrs’ Shrine are invited to explore the roots of faith and religion in Uganda. Tourists that visit on June 3 are treated to a truly unique display of Ugandan faith.

The Ssese Islands are Uganda’s version of the Mediterranean Islands.

Located off the northwestern shores of the famous Lake Victoria, the Ssese Islands are a must-visit destination for tourists who wish to spend a day or two just relaxing.

The Ssese Islands are made up of 84 islands, all beautiful and charming in their own way. The beaches are clean and serene, with swaying palm trees adding a tropical flair.

Inland, the islands are covered with lush rainforests where you could explore and marvel at nature’s beautiful grace.

There are many spots around the islands that offer you perfect views of the lake and the other islands.

After you have relaxed yourself by staring at the shimmering blue waters, you can opt to go swimming in the placid and cool waters or have locals take you to the other islands on their fishing boats.

Lake Mburo National Park is just one of the several national parks and nature reserves in Uganda. It is just a three-hour drive from the capital city of Kampala.

The acacia woodland of the park is an ideal habitat for a multitude of wildlife species. The park is the best site in Uganda to catch a glimpse of the humongous eland antelope, along with impala, topi, and other birds associated with the acacia.

Lake Mburo, the namesake of the park, is just one of the five lakes found within the park. Lake Mburo is the largest of the five lakes, and it serves as home to crocodiles, hippos, and several species of waterbirds.

The Lake Mburo National Park, however, is best known for being a home for the a zebras. In this park, zebras live in full freedom and independence, away from the cages of zoos, in their natural habitat. 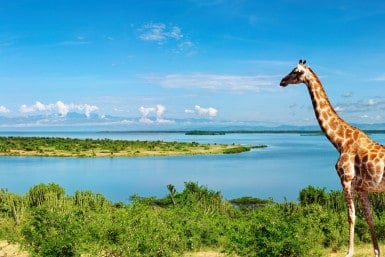 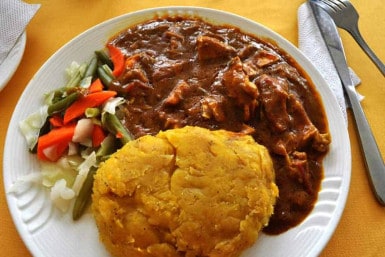 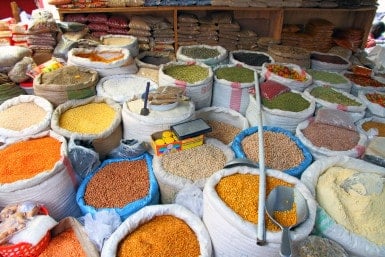