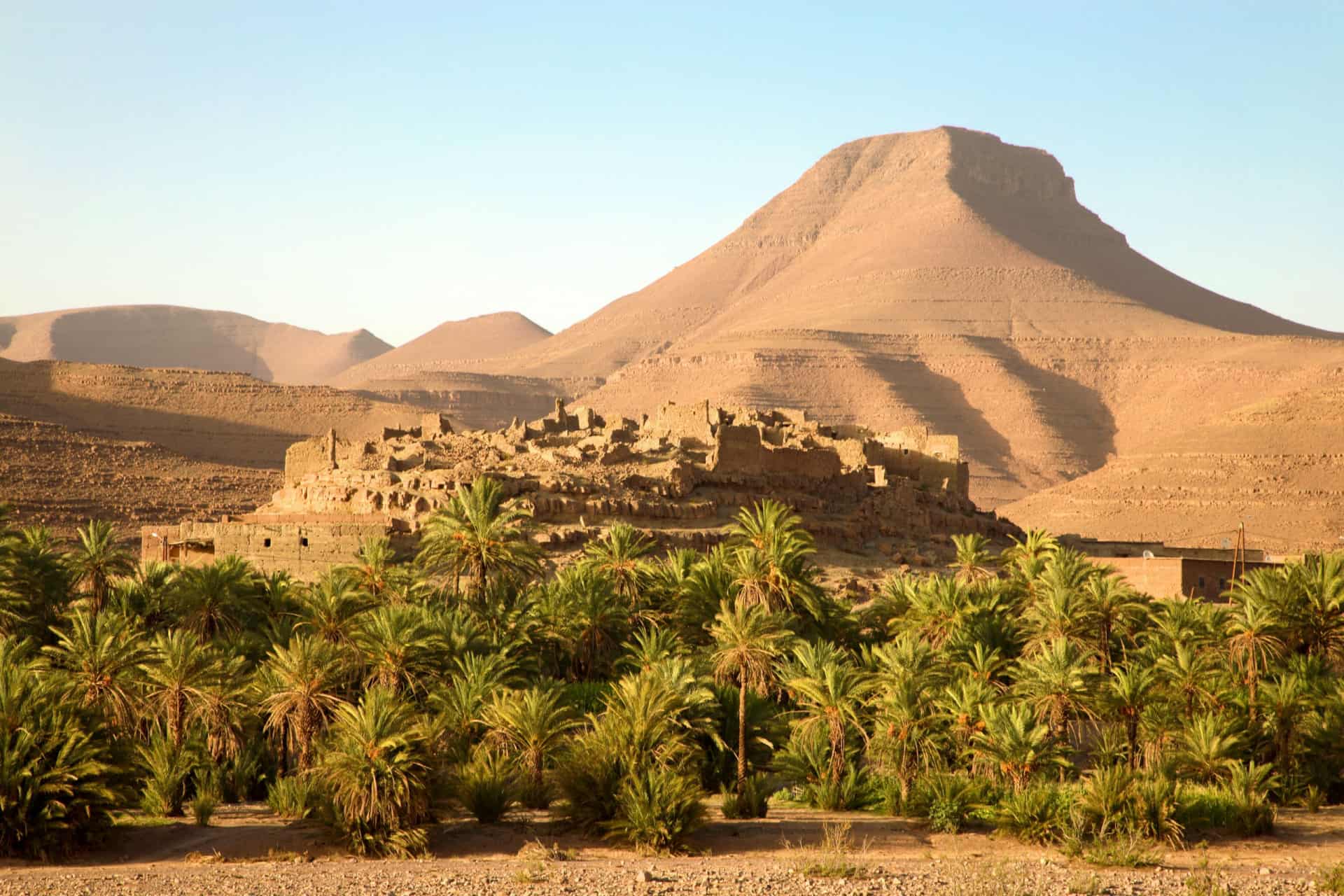 Djemaa el-Fna, the main square of Marrakesh, originally served as a public execution site in ancient Morocco around 1050 AD, hence the name, which can be translated to “assembly of death.”

Today, however, this square is all about the living.

Every night, Djemaa el-Fna springs to life and buzzes with a range of public performances. These acts, which include some very old and traditional shows, attract flock of spectators and tourists to the plaza.

Entertainers such as some daring snake charmers, modish musicians, and glitzy roaming vendors rule the open arena and take care of the nighttime amusement. A range of leisure restaurants and bistros offer the perfect ambience for anybody – local or tourist alike – to unwind and savor the gentle city breeze at night.

Djemaa el-Fna has kept up with the modern world, and yet, it keeps its grasp on the ancient culture which makes any place interesting in these modern times. Beneath the electric urban lights, the square remains the home of Moroccan legends and ancient folk tales. Throngs of storytellers, fortunetellers, psychic healers, and belly dancers still populate the lively streets of Djemaa el-Fna.

The kasbah of Taourirt, which housed the second-tier leaders of the Glaoui people during the early years of the 20th century, is a striking fortress in the town of Ouarzazate. At present, the site serves as a historical testimonial to the lasting legacy of the Moroccan Glaoui dynasty.

The whole site was built with adobe, using a mixture of clay and straw that dries into a hard stone. The crowns of the fortress are decorated with unusual geometric patterns and embellishments.

Inside the fortress enclosure, you will find a tight collection of buildings, alleys, and gateways. Within the fortress walls are many stairwells that lead to strangely shaped room, some of which have plaster work decorations.

There are nearly 300 rooms you can visit in the Taourirt Kasbah. Some of the most interesting are the palace kitchens and the former harem.

Named after its creator King Hassan II, the gigantic Hassan Mosque II in the city of Casablanca is the product of a seven-year (1986 to 1993) joint artistic effort of more than 10,000 laborers, craftsmen, and artists.

Almost all the materials used to build the mosque were locally sourced.

Reports declared that the construction of the mosque cost around a whopping 800 million US dollars.

The wealth and grandeur of the mosque figures prominently in its architecture, perfectly complementing its bizarre and fantastic location directly over a portion of the Atlantic Ocean, for the mosque was built on reclaimed land.

A portion of the mosque’s flooring is made of sparkling glass, which allows the people who visit the mosque to pray to their Creator while kneeling over the ocean, with their feet firmly on land, contemplating God’s sky – but only royalty may access this part of the mosque.

The mosque’s Islamic minaret rises at 689 feet and shines a powerful shaft of light toward Mecca every night.

The structure is earthquake proof and features heater floors, a sliding roof, and electric doors.

Guided tours to the mosque are done several times daily. Make sure that you are modestly dressed. You will be asked to take off your shoes before entering the mosque.

Volubilis was once a rich oil- and grain-producing Roman city in the heart of Morocco. Its well-preserved ruins of ancient Roman settlements, which the Romans left in 3 AD, covered more than 40 hectares of land. More than 20,000 people once resided there.

Today, some of the city’s surviving remains are the ancient Triumphal Arch, olden dwellings, a church, bridges, oil presses, and public baths. All these showcase the former vibrance of the site.

Mosaic floors, arched walls, and sculpted bronze heads that have been excavated here also hint at the affluence of the city.

The mosaic floors are especially interesting as they feature intricate and amazingly well-preserved images of animals or Roman gods and goddesses.

Presently, the site is considered the most significant archaeological treasure of Morocco. It was declared a World Heritage Site by the UNESCO in 1997.

Fez, Morocco’s third largest city, sits at the heart of the country’s religious, intellectual, and culinary culture. In contrast with other prominent and modernized Moroccan cities such as Marrakesh and Casablanca, Fez largely shuns the present and continues to bask in the splendor of its past as one of the most civilized Western outpost during the Middle Ages.

Fez is a city of old mosques, historical shrines, Islamic schools, public houses, and marketplaces. One of the most popular attractions in the city is the 80-hectare Dar el Makhzen, or the Royal Palace, which dates as far back as the 17th century.

The palace complex is a spectacular district of mosques, schools, and impressive gardens. Although visitors are not allowed to step into the compound, the palace remains a breathtaking sight even when viewed from afar.

The enormous doors guarding the palace garden easily capture one’s attention with their giant knockers made of brass. The palace doors are made of gold.

In case you are curious as to what’s inside the palace, it houses precious Moroccan treasures, including ancient pottery, silk cloth, weapons, and historical documents.

But take our word for it: even if you are not able to see what’s inside, the outside of the palace is already something worth seeing. In fact, it is one of Fez’s top tourist attractions.

The Koutoubia Mosque, completed during the rule of Caliph Yaqub al-Mansur of the Almohad dynasty, is the largest and most symmetrical structure in Marrakesh. It is most famous for its minaret, or Islamic tower, whose well-crafted design became the inspiration for that of the Hassan Tower in Rabat and the Giralda mosque minaret in Seville.

The soaring Islamic tower stands at 69 meters (221 feet) tall and 12.8 meters (41 feet) long. Inside the tower are six rooms, one on top of the other. An Almohad-inspired ramp leads up to the balcony, where five times a day, the muezzin calls Muslims to prayer.

From the outside, the minaret is a striking vision of intricate carvings on pink floral-themed stone feetwalls.

Because of its sheer height, the minaret can be viewed easily from the Djemaa el-Fna square – but if you’re looking for the best possible view of the tower, go to the rose garden located at the Western face of the mosque.

A tiny beachside town outside Marrakesh, Essaouira boasts of its tranquility-filled ambience and a range of pleasurable activities, which make this famous fishing town perfect for holiday trips and vacation getaways.

The segment of the Atlantic coast facing the town is ideal for surfing and kite surfing adventures. The 10-kilometer coastline is also excellent for leisure strolling and beach sports such as soccer and volleyball.

A major people magnet in Essaouira is the three-day Gnaoua World Music Festival happening every June. Here, the Gnaoua, descendants of Black African slaves, showcase their expertise as musicians – and clairvoyants! This gathering of musicians, instrument players, spiritualists, and psychic mind readers, who exhibit the musicality and mysticism of their culture, is definitely something you should not miss.

The festival is not limited to black musicians; music artists from all over the world come to Essaouira to participate in this world-renowned festival.

At the northwesternmost part of Africa, at the exact point where the Atlantic Ocean and the Mediterranean Sea meet, is Cape Spartel, one of the most serenely enchanting places on earth.

In fact, Cape Spartel is the epitome of serenity. It is uncrowded, unpolluted, unspoilt. All around, you smell fresh grass and fresh sea breeze. Wherever you look, you see blues and greens.

Head off to the blue water beach of Plage Robinson. This place is perfect for strolling, sunbathing, or simply gazing.

When you grow tired of all that relaxation, take an energizing 5-kilometer hike to the Caves of Hercules, where the mythical strongman was once said to dwell. Here, you can go on camel rides and beach rides.

Don’t forget to visit the Cap Spartel Lighthouse, which towers over the tiny isthmus with its white and yellow stone walls and elaborate carvings. You may not be allowed inside by the caretaker, but the view from outside is quite satisfactory – and it is an excellent spot for bird watching.

The small town of Chefchaouen – or Chaouen, as the locals like to call it – is situated at the foot of two mountain peaks called Ech-Chaoua, or “the horns.” In fact, the name Chefchaouen can be literally translated to “look at the horns.”

The town features an interesting cluster of bright blue-painted structures, from old houses and buildings to pavement and open roads. This is a tradition carried from the Jewish people who used to populate the town.

You will notice in Chefchaouen that everything seems to be going up toward the slopes. The city structures end where the mountain’s steep walls begin. There at the end of the city, you will also find waterfalls and the Ras El Maa spring, from where the city’s water supply comes from.

The Atlas Mountains, which covers a distance of around 2,500 kilometers (1,500 miles), is considered the highest mountain range in the entire North Africa. It forms a boundary between the Sahara Desert and the Atlantic and Mediterranean coasts.

Its length extends far beyond Morocco and into the territories of Algeria and Tunisia.

The part of the range that is within Morocco side is subdivided into three parts, namely, the Middle Atlas, High Atlas, and the Anti-Atlas.

The range’s highest peak, the Jbel Toubkal, is within Moroccan territories and rises 4,167 meters (13,671 feet) above sea level.

There are places in the Atlas Mountains where you can find terrain good for gentle trekking. Those looking for greater challenges can try conquering a few peaks.

Whichever adventure you choose, you are likely to get an eyeful of Africa’s natural treasures, for the Atlas Mountain Range is home to a wealth of flora and fauna that are endemic to Africa.

Be careful not to hurt the animals you see, though. Many, such as Cuvier’s gazelle, the Northern bald ibis, the Barbary leopard, and the Barbary macaque, are endangered species. 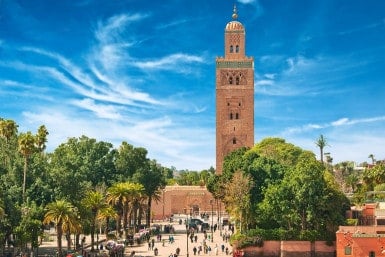 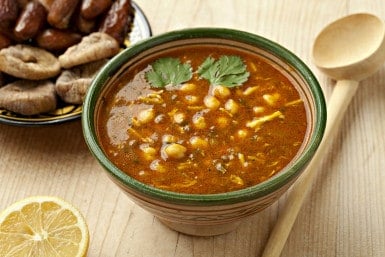 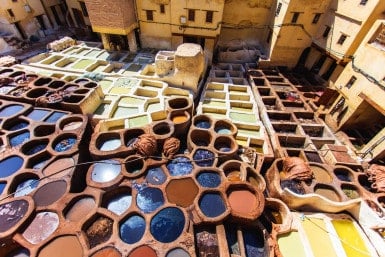