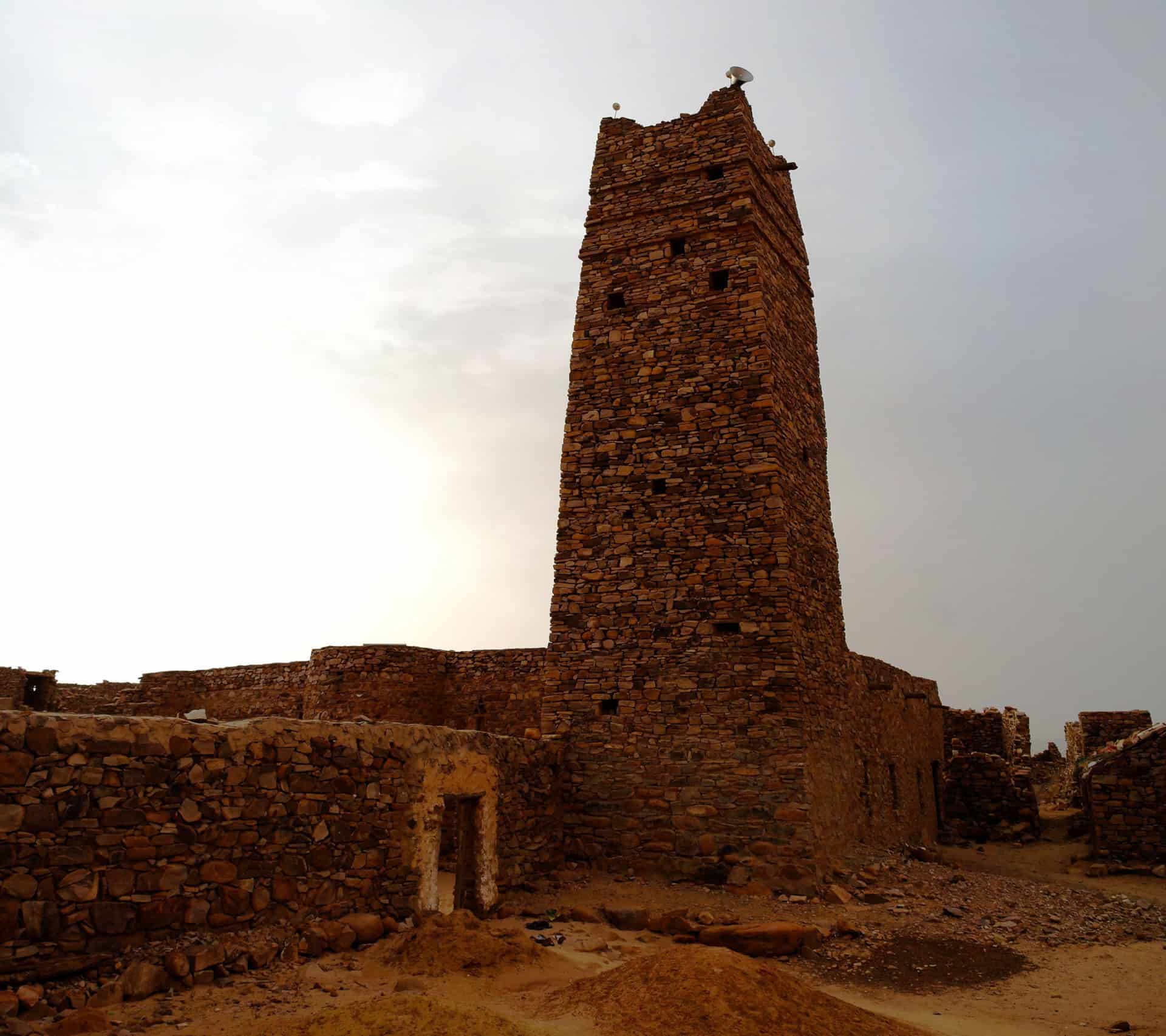 Mauritania may be unknown to most of us, since it is not as heavily promoted as other African nations, but this little country also has big things to boast about.

Here are some places worth visiting in Mauritania:

The old town of Chinguetti does not have any shopping malls or theme parks. There are also no tall buildings or modern infrastructure around.

This old town in Mauritania has a traditional and old-fashioned appeal, which draws tourists from all over the world. When you take your first step in Chinguetti, you will feel as if you have been transported back in time, into an old Arab town.

A town of 4,711 inhabitants, Chinguetti is considered a UNESCO World Heritage site, along with other Mauritanians destinations such as Tichitt, Oualata, and Ouadane.

One of the prominent landmarks of Chinguetti is the Great Mosque, otherwise known as the Friday Mosque of Chingguetti. This mosque is said to be the soul of Chinguetti and was built during the 13th or 14th century. It was reconstructed by UNESCO in 1970 to save it from a state of deterioration.

The clay sculptures of ostrich eggs on top of the mosque are notable parts of the structure. The eggs are said to symbolize a time when Chinguetti was still lush with greens and ostrich actually inhabited the place.

Nouakchott is the country’s capital and is the urban center of Mauritania. All the major companies are here, and if you are not used to the “backpacker lifestyle,” which is what most tourists engage in when they visit the farther provinces in Mauritania, then Nouakchott is the best place to start and get acquainted with the country and its people.

Nouakchott was once a sleepy fishing village, but even through the turn of the century, people still regard fishing as one of the main sources of food. In fact, tourists never leave the country without a visit to the “Port de Peche,” the country’s artisanal fishing industry.

Nouakchott gives you an idea of who the people of Mauritania are. Since Mauritania has long been a desert country, you will still see nomads in Nouakchott and in other urban areas. Their small tents are pitched at public places.

Certainly, to those who have come to experience how it is to live in this side of the world, these nomad sights are sure to be a treat.

Parc National du Banc d’Arguin is the national park of Mauritania and is popular among bird enthusiasts. Serving as a breeding ground, it is a UNESCO World Heritage Site boasting of one of the world’s largest concentration of migratory birds, which include pelicans, terns, flamingos, and broad-billed sand pipers.

Shorebirds from Europe, Greenland, and Siberia fly over to Mauritania because of the numerous mudflats located at the park. Most of the breeding grounds are found in Niroumi, Nair, Kijji, Arguim, and Nair.

Found between Nouakchott and Nouadhibou, Parc National du Banc d’Arguin is composed mainly of sand dunes and provides a perfect contrast between the dry desert and the Atlantic sea, which presents rich biodiversity.

The waters around are an abundant food source for both the birds and the people living around the area. But birds are not the only animals spotted at the park. You can find different species of fox, gazelle, killer whales, dolphins, monk seals, and turtles here as well.

Ouadane is one of the UNESCO World Heritage Sites in Mauritania. The first things you will see here are piles of stone and rubble – remnants of the once glorious Ouadane.

Around the 1480s, a Portuguese trading post was established here, serving as the last stop of slave and gold caravans from Morocco and Ghana. Presently, a small population still inhabits the old town.

When visiting Ouadane, it’s nice to stroll around and see the wadi and the fort, which clearly represents Mauritania during its glory days.

Bring a 4×4 truck if you decide to go around the town on your own, since you will be driving around a lot of sand. Also, you should always have a tour guide with you, especially if it is your first time in Ouadane.

The town isn’t an urban area, so most of the locals speak the local language. Communicating, therefore, may be difficult if you don’t have someone to do the translation.

Care to trek along one of the beautiful towns in Mauritania? Then get on your 4×4 and drive off to Tidjikja. This small town has a population of only 6,000 inhabitants, so you won’t find crowded areas and chaotic markets here.

It’s quite peaceful most of the day, and coming here is like getting lost in a rural town. There are no big hotels or fancy accommodations for tourists. Staying overnight, therefore, is not recommended. There are no museums or old ruins here either but Tidjikja is quite popular for its palm trees – lots of palm trees.

Tidjikja is a caravan town, which is why most of its people are nomads, who carry along their caravans and travel around the country. The traditional Mauritanian way of living is very apparent here as well. Here you will see cattle breeders and farmers, so this place allows you to appreciate the simple life.

Mauritania has long stretches of beaches, majority of which is still undiscovered by many. There are no large resorts, loud music, or street food at the beaches; all you will see is plain sun, sand, and the glimmering ocean.

The beauty of the coasts of Mauritania lies in their simplicity and how simple everything around them is. Like most of the other tourist destinations in Mauritania, the coasts offer the chance to see Mother Nature at its finest.

Tourists visit the coasts of Mauritania to see the uniqueness in every beach. For instance, tourists can witness how a certain tribe living between Nouackhott and Noaudhibou shares a very special relationship with the wild dolphins in the area.

Every time the fishermen come to fish, the dolphins help drive the fish into the fishermen’s nets. And both man and dolphin share the catch.

Bring your sunglasses out and get ready for a wild ride into the Mauritanian sand dunes. The Adrar region has been one of the historic sites in the country ever since it was inhabited as far back as the Neolithic era.

Many tourists hop on tour buses and catch the day tours to the mountain pass of Adrar, which runs from Homogjar to Chingguetti. They can also visit the medieval mosque and the library that houses ancient manuscripts.

Although majority of the Adrar region is covered in sand, it also has oases and date trees, which keep the temperature bearable.

Before going to Adrar, make sure to check from the local government if you still need government permission pass to enter the region. But if you hire a tour guide to plan your holiday to Adrar, he can secure one for you.

Visit Nouadhibou, Mauritania’s second largest city and one of the most populous. Compared to the smaller UNESCO World Heritage Sites, this city has roughly 90,000 inhabitants.

Nouadhibou is the fishing center of the country, where you will find the country’s largest fish port and a ton of shipwrecks. The largest shipwreck is found at the tip of the peninsula.

Despite the large number of people living in the place, the city can be walked around in less than 20 to 30 minutes. Tourists usually stroll around the area and check out some of the local hangout spots. The little town of La Guera is a favorite tourist hangout area, where you will see old Spanish houses.

The city of Nouadhibou is generally a good mix of modern and rural Mauritania, and tourists are surely going to love this place.

We all know that they largest monolith (single solid upright block of stone) in the world is the Ayers Rock in Australia.

Do you know what the second largest monolith is, and can you guess where you’ll find it?

It’s the 400-meter-tall black granite Ben Amera, or Ben Amira, and of course, you will find it in the deserts of Mauritania, near the border of the Western Sahara.

But the monolith itself is not the place’s sole attraction. What really makes your visit to the Ben Amera more interesting is that this massive piece of stone is surrounded by similar other black outcroppings – albeit not quite as huge as the Ben Amera – making an eerie, surreal scene that you will remember for a long, long time.

Nearby, too, you can visit Ben Amera’s “wife,” the monolith Aisha. Although this monolith is not as big as Ben Amera, the site contains stone sculptures created by international sculptors for a millennium commemoration in 1999.

The Ayoun el Atrous terrain is quite popular among car and sand dune adventure enthusiasts. When visiting, just make sure that the weather is clear and sunny and there are no signs of a sandstorm.

While here, you could try zooming through the main road of Ayoun el Atrous, which was also the exact place where cars and motorcycles sped to reach the finish line during the 2007 “Legend of Heroes” car rally. 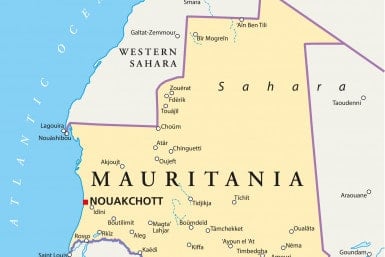 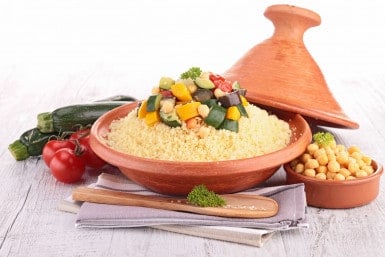 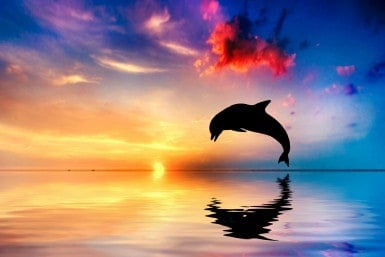