Where to go to Mali

With its distinctively magnificent rock formations, Hombori is one of Mali’s best-kept secrets. It is located on the slopes of Hombori Tondo Mesa, between the cities of Gao and MaliMopti, and is quite accessible via a bus or cab ride from Bamako.

Hombori may be known as one of the hottest places on earth, but its captivating rock formations and amazing wildlife make this a great choice for a Mali expedition.

If you are interested in some major rock climbing adventures, Hombori is the top choice. Bluffs, mountains, and mesas all combine to make this place the dream destination of rock climbers. To ensure your safety throughout your voyage in this town, it is best to travel with an authorized guide so that areas off limits for rock climbing can be avoided.

The picturesque panorama of The Hand of Fatima reminds its beholder of nature’s wonders. This site is named after the daughter of the Prophet Muhammad and remains a favorite among Hombori tourists.

Nature trips are incomplete without animals. This site is home to the Reserve De Douentza, a zone inhabited by herds of elephants and other species of wildlife.

Both the capital and largest city of Mali, Bamako boasts of a rich selection of tourist spots that make it the most visited region in the country.

This city offers an ethnic smorgasbord for all its customers. In places such as the Pink Market, the Fetish Market, the Artisan Market, and the Small Market, you will surely find what you seek.

Bamako has been long recognized as Mali’s center of trade and industry. It is also where both amateur and professional musicians come together. At the National Institute for the Arts, well-known music artists regularly perform and stage public exhibits.

You can enhance your cultural experience by planning your visit in time for the biennial Photography Encounters, a Bamako photography exhibition hosted by the National Library of Mali.

If you prefer to explore the scenic spots of the city, you can arrange to go on cave excursions to witness where people have lived for centuries.

Timbuktu is a modest town surrounded by the Sahara Desert. Its claim to fame is its long history of being the trading post that linked the Islamic and Berber traders from north Africa with the territories that lay in the Sahara’s south.

Although Timbuktu is a very poor town today, it does have an airport, for it is a huge magnet for tourists, having been listed as a UNESCO World Heritage Site and labeled as one of the wonders of the African world.

The biggest attractions in the town are its three main mosques – the Djingareiber, the Sankore, and the Sidi – which are all open to Muslim visitors. Non-Muslims can take pictures from outside – still not a bad deal, for the mosques have interestingly designed exteriors.

If you want to visit places that you can enter, you can check out the preserved home of Heinrich Barth, the first Westerner to reach Timbuktu and get back home again. Today, his house is a museum, with a few old photos of Timbuktu in years long past.

If you want to view Timbuktu all at once, go to the two-story Grand Marche. This market not only sells all sorts of stuff, it also offers a grand view of Timbuktu from its rooftop.

A cozy town with a great view of the Niger River, Segou is home to world-class artisans of the clay or lime pottery industry.

Just between Djenne and Bamako, Segou was once a seat of administrative actions for the French, back in 1892. Nowadays, the city is so relaxing that you can literally just sit back and watch the perogues (long wooden boats) slowly sail by while enjoying a dish of boulettes de boeuf (meatballs) partnered with a favorite wine or lager.

In close proximity to Segou, Ségoukoro is the site of the original city of Segou, and for history seekers, this city is the place to find Biton Coulibaly’s tomb.

Also nearby, Kalabougou et Farako is the largest supplier of pots and pottery in Segou. It is also the city where all the pottery artisans share their skill with foreigners looking to learn the craft.

Another treat to look forward to when traveling to Segou would be Markala. It hosts the distinguished Festival of Puppets, which is quite amazing with its vibrant dances and the scale of the wooden puppets, which are over 3 meters (9 feet) tall.

Djenne was part of the West African gold boom that happened between the 15th and 16th centuries. It is believed that almost 73% of the world’s gold during this time came from places such Timbuktu, siphoned towards Djenne.

Today this magnificent place holds some of the country’s signature architectural marvels and mud brick buildings.

The Konboro Mosque in Djenne is considered one of the largest mud brick buildings in the world. This amazing structure built in the 13th century stands 11 meters (35 feet) tall and houses many religious items indigenous to the city.

A city that sits at the “Market Garden of Mali,” Sikasso will relax you with the occasional soothing airy breeze that stops you in your tracks.

Sikasso’s charm lies in the earthen buildings and leftover tatas, or town walls. Most notable of these structures would be Palais du Dernier Roi and the Mamelon, a sacred ground that the Malian Kénédougou kings held in high religious regard back then.

Without a doubt, one of the best tourist attractions that can be found in Sikasso would be the Farako Falls. There are daily tours available for you to take, going up all the lush greenery and clear calm waters of this famous attraction.

Mostly an agricultural city, Sikasso produces mainly fruits and vegetables, which build up the majority of its trade and industry. Known to have a very fertile land composition, Sikasso enjoys lush greenery and actually stays green all throughout the year – a rarity in Africa.

A truly unique and amazing sight to behold, the Bandiagara escarpment will surely captivate your imagination and fill your picture books with awesome photos.

It’s hard to imagine people actually living in these hillside dwellings for ages and surviving like they did. A series of dwellings that is believed to be interconnected by caves is believed to be the vital key aspect on why the French were not able to penetrate this Dogon/Tellem settlement.

Today the Bandiagara escarpment is a scenic site that artists and photographers take in and draw countless of impressions of. Daily tours also take tourists on educational and cultural trips of the surrounding villages.

The Tomb of the Askias is perhaps one of the most mystical places to visit in Mali. It was built in 1495 by Askia Mohamed, a 15th century ruler of the Songhai Empire, after he saw the Pyramids of Egypt on his way to Mecca to undertake the great hajj.

Inspired by those pyramids, he used the wood he had brought back from Mecca to make his own pyramid – the Tomb of the Askias.

It has not been confirmed, however, whether Askia was actually interred within this tomb after he died.

Guided tours bring you to the different prayer spots located within the tomb. At the top, you can see the whole city of Gao. If the skies are clear, you may even see as far as the Pink Dune and the Niger River.

Believed by some to be a home to sorcerers, the Pink Dune, which runs parallel to the Niger River, is one of Mali’s most popular tourist sites.

Tours to the dunes are done when the high heat of the afternoon sun has subsided. This not only helps prevent heatstroke among the visitors; it also puts travelers in the best position to see the sands take on their pink glow, which happens every sunset.

It is from this phenomenon that the Pink Dune received its name.

The Pink Dune is reached by boat and is open to visits almost every day. If you go there between October and February, you could see a lot of European migratory birds who have come in to enjoy the warm weather and feast on the easy prey thriving in the Niger River.

The city of Mopti is composed of three islands – namely the Medina Coura, the Old Town, and the New Town – which are linked by dikes. Because of this, Mopti is sometimes called the “Venice of Mali.”

Mopti is one of the most important commercial regions in Mali. It is also popular with tourists, who come to visit the Mopti Grand Mosque, or the Komoguel Mosque, which has been on the UNESCO World Heritage Tentative List since 2009 .

Mopti can be reached by ferry boat from Djenne, Koulikoro, Gao, and Timbuktu. Within the city are several hotels, including the Hotel Ambedjele, Hotel Y a pas de Probleme, and the Hotel Kanaga. 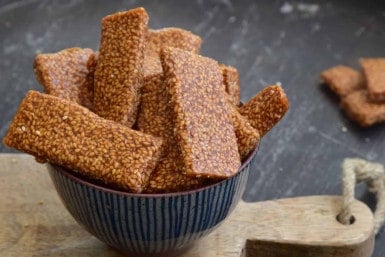 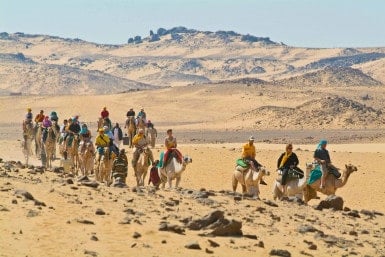