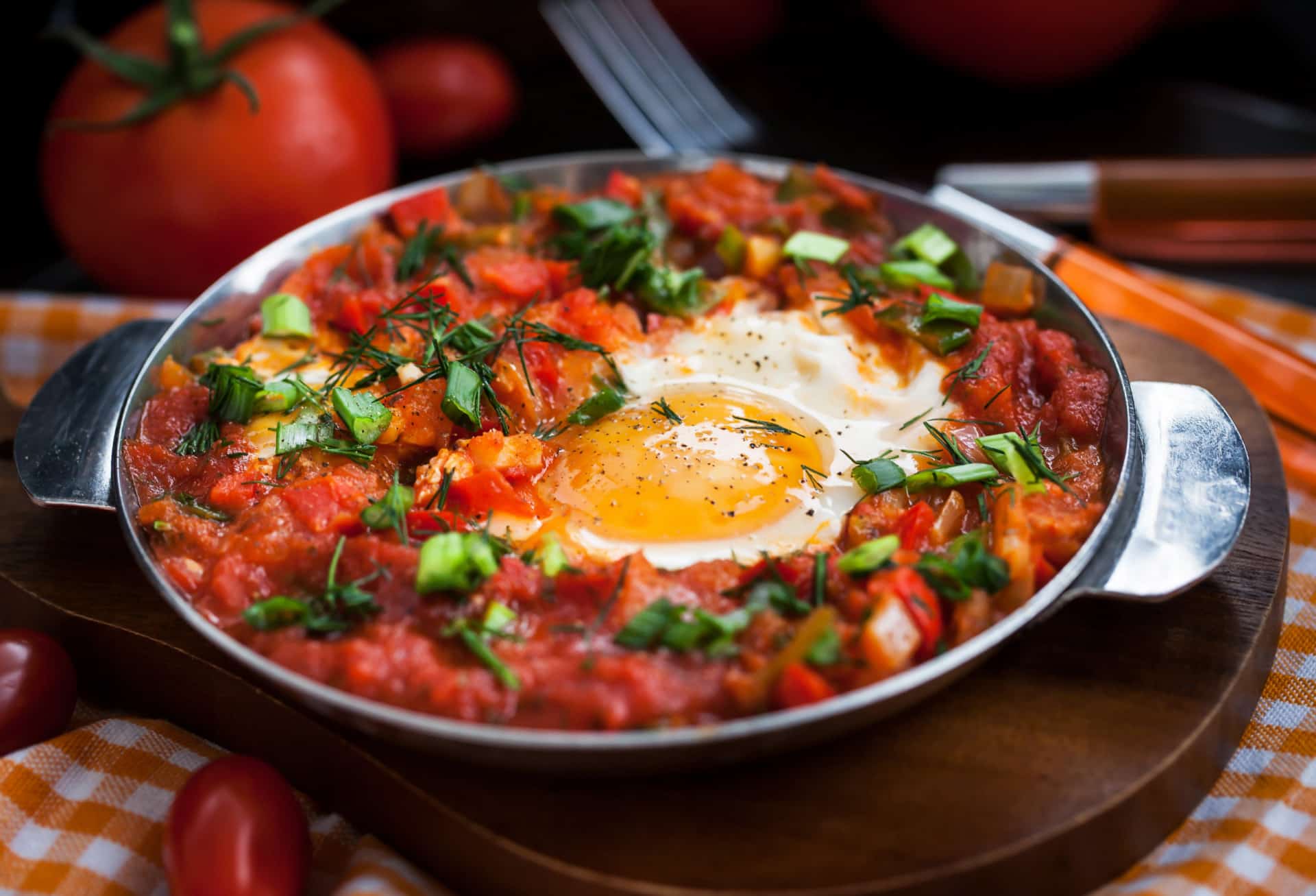 Couscous is a dish made from semolina pasta topped with meat and vegetable stew. Other ingredients include pepper, chickpeas, tomatoes, and carrots. Camel, beef, and mutton are often used for the meat topping.

While the dish has many varieties found among different localities, couscous is generally regarded as a staple food in Libya and the rest of North Africa.

The traditional method of cooking couscous takes days, as the semolina wheat needs to be rolled first into pellets, and then dried under the sun.

A special two-level pot is used to cook the dish. The meat and vegetables are simmered at the base while the couscous is cooked in the steamer on top, allowing it to absorb the flavors of the stew below.

Asida is a boiled flour pudding whose taste and texture is almost similar to porridge. The pudding, traditionally eaten by hand, is served during traditional ceremonies and religious holidays.

The earliest recipe of asida dates back to the 13th century. Written by an anonymous author, the recipe is said to have reached Muslim Spain, bringing this dish to European tables.

Regarded as a dish for communal meals, asida is traditionally served on a large flat plate. Honey, melted butter, and date syrup are added to it for taste.

In Libya, asida is traditionally eaten by using the right hand’s middle and index fingers to scoop some of the pudding and bring it to one’s mouth.

Shakshouka, which means “mixture” in Berber tongue, is a traditional breakfast dish in Libya. The dish is made from eggs simmered in tomatoes, chili pepper, and onions, and sprinkled with cumin powder.

Food historians believe that the dish was first cooked during the reign of the Ottoman Empire. Shakshouka then spread across the Middle East – and it even reached the shores of Spain – in the time of Moors.

The dish is often served with spicy sausage.

Osban is a traditional Libyan sausage. The sausage is stuffed with rice and spring onions, as well as lamb meat, chopped liver, and other lamb parts.

While mutton remains the preferred choice of meat for osban, the herbs and spices that go inside the casing vary. Some of the spices that might be used are cayenne pepper, black pepper, turmeric, cinnamon, parsley, dill, and dried mint. The casing is made of sheep intestines.

To cook osban, it is first boiled in a pot, then browned in a frying pan.

Osban is often served as a main dish during special occasions. It is usually eaten with pickles.

Sherba is popular anywhere you go in Libya. It is cooked almost every day during the fasting month, to be eaten during the evening feast after the sun goes down.

The aromatic soup’s ingredients are lamb meat chopped into cubes, tomato paste, and lots of dried mint. Cinnamon sticks and cardamom pods are added, as well as pepper. Chickpeas and carrots are optional.

Sherba is regarded as a main dish. It is often served with lemon wedges, bread, and, sometimes, spicy potato wedges stuffed with minced meat. 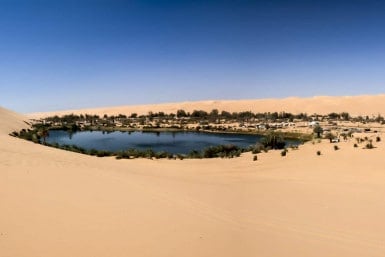 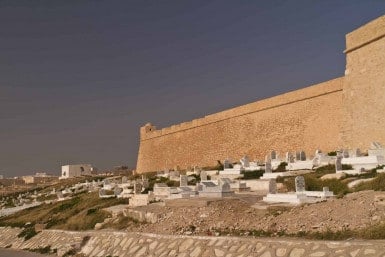 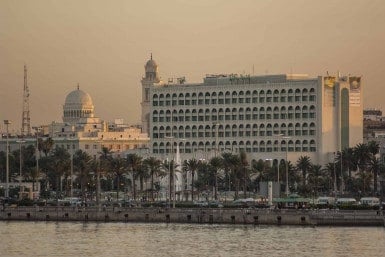