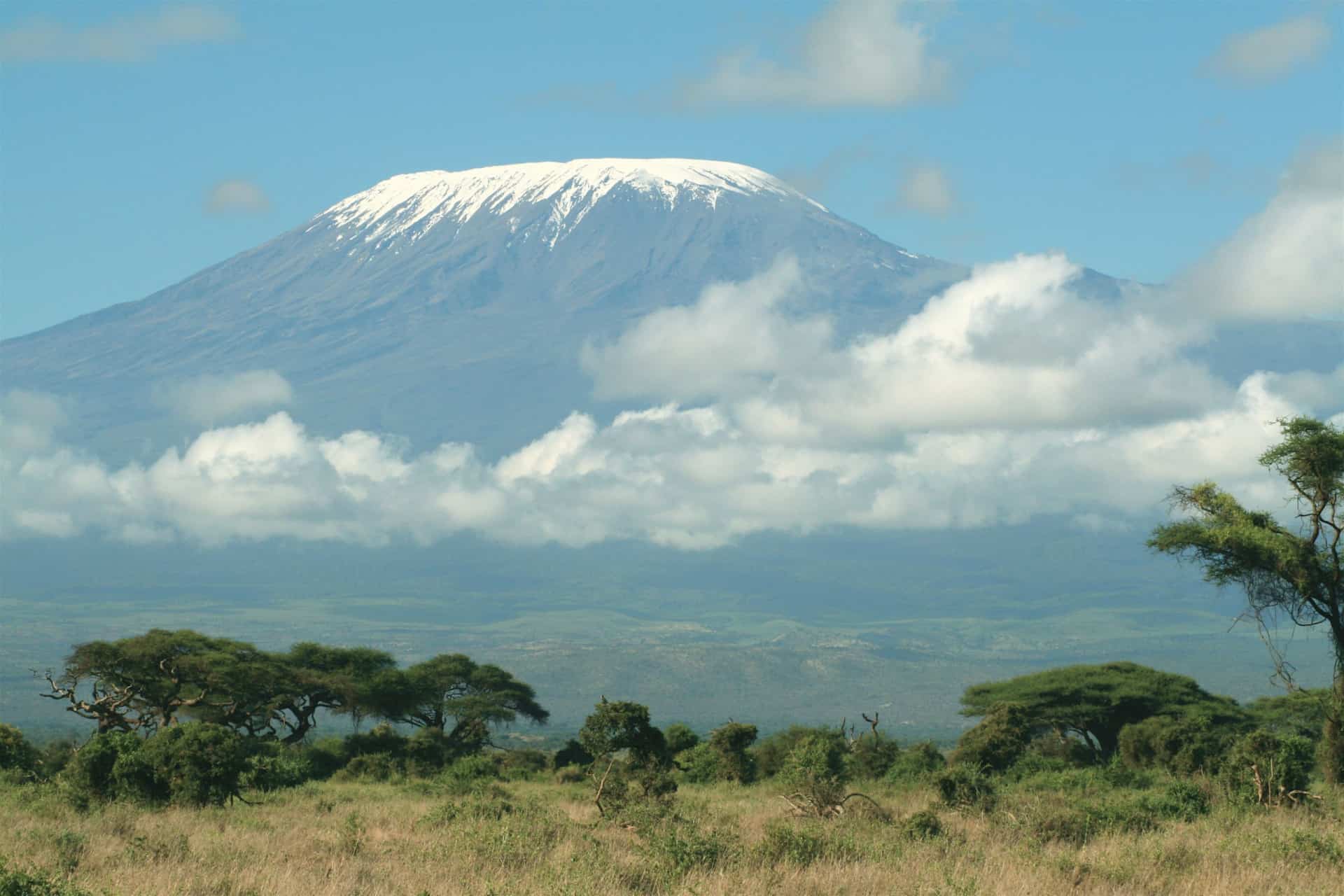 Where to go in Kenya

The Maasai Mara Game Reserve is believed to be one of the greatest wildlife reserves in the whole of Africa. With 200 square miles of woodlands, plains, rivers, and forests, the reserve simply known as the Mara serves as home to a diverse and extensive animal community.

The Mara is host to the Great Wildebeest Migration. Every July to October, roughly 1.3 million wildebeest migrate from the nearby Serengeti plains to the Mara, as one thundering, massive herd.

The Mara is also known as the Kingdom of Lions. The lions dominate the grasslands of Mara, as powerful hunters that have earned them the moniker “the Kings of the Animal Kingdom.”

Of all the parks and reserves in Kenya, the Mara provides the best service to tourists. Accommodations are available for any budget, and the reserve is an ideal site for safaris.

Wildlife move in and out of the Mara freely, showing the importance that the reserve puts in the natural life of these animals.

Tsavo East and Tsavo West are twin national parks that, when put together, are bigger than the whole of Jamaica.

Between the two national parks, the land area is estimated at 10 million acres of wilderness that includes savannahs, hills, forests, and rivers. This wide area holds numerous wonderful sites for tourists to explore.

Tsavo is a paradise for birdwatchers. There are numerous kinds of hornbills, weavers, rollers, sunbirds, and raptors – all of which can be seen living in their natural habitat.

Tsavo is also home to amazing geographical formations. One of these is the Lugard Falls, wherein raging white water crashes through massive rock formations.

The volcanic Mzima Springs is another attraction in Tsavo, producing 50 million gallons of sparkling fresh water each day.

These natural springs serve as home to hippopotamuses, which you can observe through an underwater observatory.

Tsavo East and Tsavo West shows you just how grand and majestic nature can be if left to flourish on their own.

The town of Malindi and the village of Watamu are near each other, and both offer a tranquil break to tourists.

Malindi is right in the middle of a strip of tropical beaches. Watamu, likewise, is the site of wide beaches with white sand.

In the two locales, you can find several beach resorts and rental guest houses lining the shore for your accommodations.

A marine national park has been put up at Watamu. It is a favorite destination for divers and snorkelers.

Northwest of Malindi is the Marafa Depression – an otherworldly landscape of gorges made from sandstone and gullies. The locals call it Nyari; the rest of the world calls it Hell’s Kitchen.

The nearby Arabuko Sokoke Forest hides a secret: the lost town of Gedi, which was a Swahili trading town. It is now just a collection of twisting passages and eroding walls, all telling a tale of the town’s past.

Lamu is an idyllic tropical island in Kenya. While you are in this island, you will feel that time goes slowly, as everyone lives their lives in a relaxed and peaceful rhythm.

The island is beautiful on its own, with rolling dunes everywhere and endless beaches stretched along the coast. Tiny villages are all around, some nestled among plantations of coconuts and mangoes and some etched into the coastlines.

The real attraction of the island of Lamu, however, is its Old Town.

Established in the 14th century, the narrow streets of the Old Town of Lamu remain unchanged from then until now. The squares and markets of the Old Town let you take a look back in time, when there were no vehicles available, just donkeys and dhows – small boats with sails.

Mount Kenya is the second highest peak in Africa.

Characterized by its ragged peaks and rare equatorial snow, the mountain is as awe-inspiring as any mountain can be.

Additionally, the mountain is surrounded on all sides by a dense forest that is teeming with animal and plant life.

In local folklore, this peak is regarded as the realm of Ngai – the god of the Kikuyu people of Kenya.

In their tradition, the Kikuyu all built their homes facing Mount Kenya. Their name for it is Kirinyaga, or “Place of Light.”

The true summit of the mountain, at a staggering 5,199 meters, is very difficult to climb for most mountain climbers. However, Point Lenana, the lesser peak at 4,985 meters, is much easier to climb. Any fit hiker can reach its summit.

For tourists who don’t want to climb to the summit – an activity that takes 3 to 5 days – the forests surrounding Mount Kenya are also an ideal trip location for their game viewing and fishing spots.

Lake Nakuru is the perfect site for one of Kenya’s most popular images – thousands upon thousands of flamingo.

And living in the lake is a massive flock of flamingoes that practically covers the entire surface of the water – a breathtaking sight, to say the least, and a unique image that you can’t see anywhere else in the world.

The birds visit Lake Nakuru because they feed on the algae that are formed on the bed of the lake. They scour the lake for their food, moving back and forth, and sometimes flying off to other parts of the lake to search for more food or to rest.

The flamingoes of Lake Nakuru are known all over the world and are a must-see sight in your trip to Kenya.

To the west of Kenya lies the great Lake Victoria. Also commonly known as Nyanza, Lake Victoria is twice the size of Wales, forming a natural boundary beetn the countries of Uganda, Tanzania, and Kenya.

Lake Victoria is the heart of Africa and the source of the famous River Nile. Flowing northward, the Nile carries the waters of Lake Victoria to Egypt and even beyond, towards the Mediterranean.

Lake Victoria is rich with life. It is filled with fish and colorful chichlids and decorated by huge Nile perch.

The Nile Perch, considered a world-class game fish, brings to the lake many fishermen visitors, all hoping they would catch one.

The visitors are well accomodated by the area; there are three fishing lodges put up in the islands within Lake Victoria.

The province that encompasses Lake Victoria is home to the tribe of Luo, who are known to be skillful fishermen.

Nairobi is the capital city of Kenya. The area was previously an uninhabitable swampland, with the Maasai people calling it the Ewaso Nai’beri, or the place of cold water.

Now, it is a bustling metropolis, as the city was able to transform itself into a modern capital within the span of a single century.

Nairobi is a place that never seems to lose energy. There is continuous movement here. The city brings together Kenyans from different tribes, along with tourists who want to partake in the progress that the city is currently undergoing.

And despite all the advancements it is undergoing, Nairobi was somehow able to keep itself the safari capital of Africa.

Just outside the city is the Nairobi National Park, which is home to massive herds of buffaloes, wildebeest, zebras, and giraffes. The 113 square kilometer park is also home to lions, cheetah, and rhinos – all just 20 minutes away from the city!

The city life, the nightlife, the wildlife – all are fantastic in the unique city of Nairobi.

Mombasa is a fascinating port town that is steeped with history. Connected to the mainland only by ferries and bridges, the town overlooks a bustling harbor where commercial ships mingle with traditional sailboats known as dhows.

At the heart of Mombasa is the old town, where the narrow streets are always filled with the scent of spices. Arab architecture is prevalent, and the people are colorful with the traditional khanga and kikoy – wrap-around cloth that is worn by both women and men.

At the edge of the water in Mombasa towers Fort Jesus, a 16th century fort that was built to keep watch over the city’s harbor.

The fort still has its gun turrets and underground passages that were used in the past, as it was the center of a historic battle that lasted over hundreds of years between the Shirazi Arabs and the Portuguese army for control of the coast of Kenya.

Modern Mombasa is now a city that boasts of great diversity in their way of living, with visitors welcomed warmly into this melting pot of a city.

Kisumu is a port town on the shore of Lake Victoria. The streets are wide, and the buildings are characterized by colonial architecture, and to the south of the town are fishing villages that line up from Lake Victoria to Homa Bay.

The area surrounding Kisumu is home to the Ruma National Park, a wildlife reserve that is teeming with life because of the nearby Lake Victoria.

Species that can be found in this park include giraffes and rhinos, along with the bountiful fish in the lake. The trees along the lakeshore is also home to fish eagles, who call to each other with cries to coordinate their hunt. 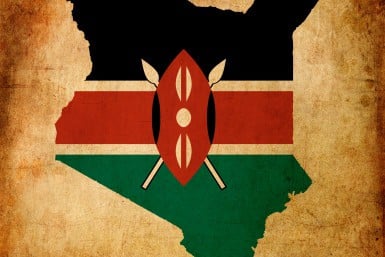 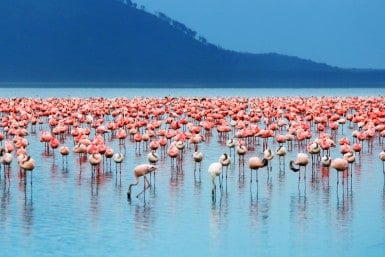 What to do in Kenya