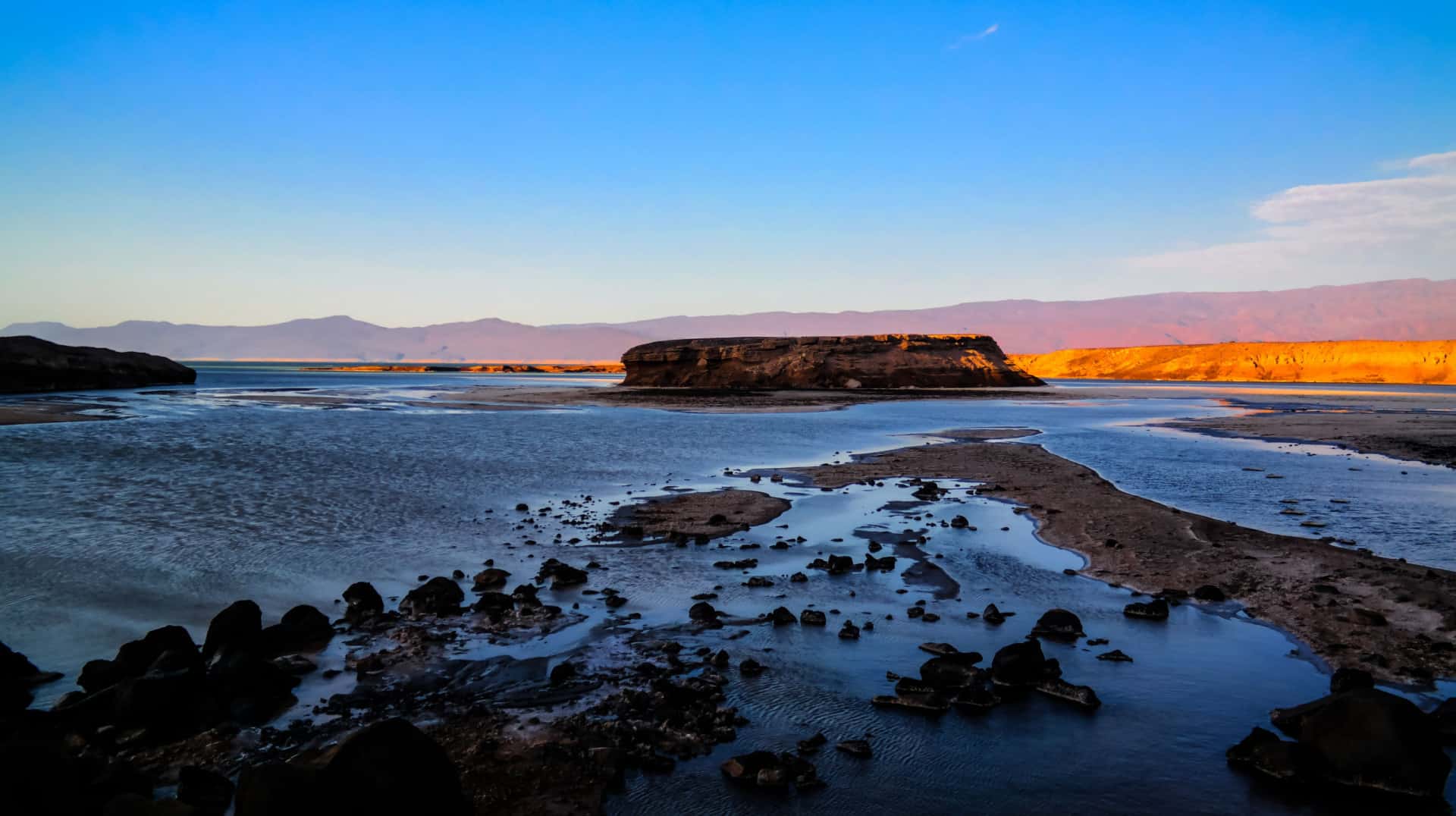 The City of Djibouti is the country’s capital and largest city. Nearly 70% of the entire country’s population lives there.

You couldn’t call it crowded by any means, though, as the whole country’s population is less than 600,000.

The city features colonial buildings and green taxis. You will see shawled women, qat-chewing men, and foreigners, all walking or biking around the streets.

Walking or biking is a good idea for you, too, if you decide to visit Djibouti City. This is a place meant to be savored slowly and thoroughly. Walk around the streets and take in the sights, sounds, and smells of the city.

In the morning, you can visit the Central Market and see what the city has to offer in the way of souvenirs and eatables. In the late afternoon, after the heat has toned down, wander around the quiet city and visit the Hamouli Mosque, the Presidential Palace, and the Stade National Gouled, the city’s sport stadium with a 10,000 seating capacity.

When you got tired of that, it’s time to head for the beaches!

Place Menelik is found at the heart of Djibouti’s European Quarter. If you’re looking for nightlife in Djibouti, this is where you will find it.

It is also practically the only place where you can get alcoholic drinks in the city. The Djiboutians are largely a Muslim populace, so not many stores sell alcoholic drinks.

In the daytime, you can visit souvenir shops in the area. There are also temporary markets set up in the square from time to time. If you catch them, go and see what they have to offer.

DECAN’s original mission in Djibouti was to protect the sea turtles, which were being slaughtered for soup in the country. LaFrance’s crusade at that time, therefore, was to convince the stores to stop serving the dish and for the patrons to stop ordering it.

Then one day, in one of the restaurants, LaFrance found a baby cheetah, chained and on display. The cheetah is a threatened species; it was illegal to own one in Djibouti. To rescue the cub, LaFrance got one of the restaurant’s patrons to convince the owner that the cheetah cub was ill and needed to be treated by LaFrance, who was a doctor with his own veterinary clinic.

As soon as the cheetah was brought to the clinic, the police confiscated it. Eventually, they left it with LaFrance for rehabilitation, as it could not be returned to the wild in its current state. And soon, the police were sending LaFrance the other animals they had rescued. By late 2002, LaFrance had five cheetahs – now all grown up – in his backyard and jumping over the fence into the neighbors’ yards.

At this point, LaFrance asked help from the Djiboutian government, who gave him 35 acres of land on which he could build his animal refuge.

Today, the DECAN refuge keeps not just cheetahs but also zebras, ostriches, caracals, hyenas, donkeys, tortoises, and others. The refuge’s ultimate goal is to release the animals back into the wild – but in some cases, this is not possible because the animals had become domesticated from their previous owners and are now too trusting of and dependent on humans.

A hundred kilometers from Djibouti City is Lac Assal, a saltwater lake that lies 156 meters below sea level, making it the lowest place in all of Africa.

Like that other famous low place, the Dead Sea, the saltiness level of the water here goes to extremes. Try tasting it and feel how it burns on your tongue.

In fact, with its salinity level of 33.7%, Lac Assal is saltier than the Dead Sea, so if you get into the water, you will naturally and inevitably float too, as you will in its more famous Asian counterpart.

What tourists like to do here is collect some salt balls and salt crystals that form naturally on the shallow water. Bright white salt cakes also forms around everything in the vicinity – the shore, the vegetation blown here by the wind (no vegetation can grow here naturally) – everything!

Near the lake is a hot spring coming from the hill. The water is so hot, you can cook your lunch in there.

Trips to Lac Assal can only be done during Djibouti’s winter season, as the air temperature in the area can rise to an unbearable 50 °C (122 °F) during the summertime.

Lac Abbe is one of Djibouti’s two most famous lakes (the other being Lac Assal, of course).

If Lac Assal is known for its salt crystals, Lac Abbe is best known for its lunar-esque landscape. In fact, in the late 1960s, it was used as a setting for the film “Planet of the Apes” (original version) – that’s how out-of-this-world it looks.

This site features 50-meter-high smoking limestone chimneys and a vast rocky landscape that gets eerily lighted during sunrise and sunset, creating a scene that looks almost unearthly.

Lac Abbe has been called one of the most desolate places in the world (and it is), but though it is desolate, it is not uninhabited. Here you will find nomads – and flamingos! A large number of these big beautiful pink birds make their home in the lake, so Lac Abbe is one of the most popular destinations in Djibouti among bird watchers.

Nestled between the Goda Mountains and the big blue sea is the quaint town of Tadjoura, the oldest town in Djibouti.

Because the town is in close proximity to the mountain and the ocean, you have a choice of whether you prefer to go hiking or scuba diving. Just 10 kilometers (6 miles) away, you will find peaks to climb at over 1,300 meters (4,260 feet) in height. Or you can walk the opposite direction, toward the ocean, where you can go snorkeling and scuba diving and see Djibouti’s beautiful coral reefs.

You could also take a ferry or sailboat ride to visit other parts of Tadjoura that are not easily accessible by land.

Either way, you’re sure to have a fun time and see interesting sights. It’s certainly no wonder that Tadjoura is considered one of Djibouti’s top tourist destinations.

If you’re looking for uncrowded white sand beaches, Djibouti is the place to be. The beaches here are hardly ever crowded, the water is warm, the sand is fine, and the reefs are gorgeous.

Case in point is Khor Ambado beach, which remains idyllic despite the fact that it’s less than an hour’s drive from the main city.

Perhaps the fact that you need a 4×4 to drive here has something to do with it. It certainly is no walk in the park to reach Khor Ambado – the so-called road is very rough – but the beauty that meets you at the end of the journey makes it all worth it.

At the beach, you can swim, you can snorkel, you can dive. Just forty feet away from the beach, the shore suddenly falls from under your feet and you’ll come face to face with a beautiful coral reef.

If you get hungry, there are some restaurants on some parts of the beach. On the other hand, you may prefer to bring your own food and have a beach cookout!

The Bay of Ghoubet, or Ghoubet al Kharab, has another more interesting nickname: the Gulf of the Demons.

This nickname likely comes from the fact that the coastline is surrounded by dark volcanic rock, which makes the water look black and demonic. This impression is further strengthened by the big mean-looking waves that would come into the beach, created by the strong winds coming from the ocean.

Keeping with the bay’s hellish theme is the large underwater crater that the locals have dubbed “Devil’s Cauldron.”

If you can manage to get past the evil-sounding names and titles, though, you could find Ghoubet al Kharab quite a nice place, in fact. The wind blowing in the area is quite refreshing, and the fishes in the water are wonderful to see.

The best way to enjoy the Bay of Ghoubet is by going on a Live Aboard boat, which can bring you directly inside the bay.

If you come between the months of October and March, you might even get to see the dolphins and swim with some whale sharks, the largest fish in the world!

If you feel worried about visiting a volcano, you can shrug your fears away with Ardoukoba. This volcano hasn’t erupted since 1978, and it had been dormant for three thousand years before that, so the chances are very small that it will show any signs of activity in the brief span of time that you are there.

During its last eruption, the Ardoukoba emitted lava for a week. Today, the formations from that lava flow are some of the site’s greatest attractions.

You will see lava tubes, cinder cones, and steam vents. The seemingly endless lava-covered terrain makes for a fascinating place to hike and camp out.

The Ardoukoba Volcano is located a hundred kilometers (62 miles) away from the City of Djibouti. For sure, it is well worth your while to take a trip to this site, which could very well become the first UNESCO World Heritage Site in Djibouti. 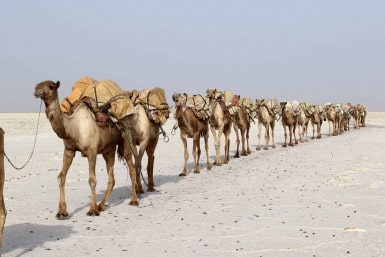 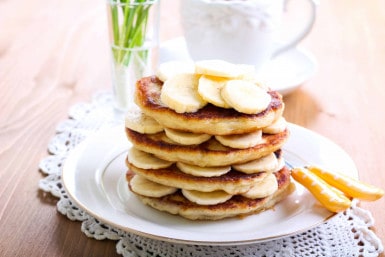 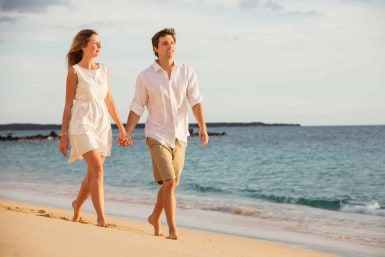