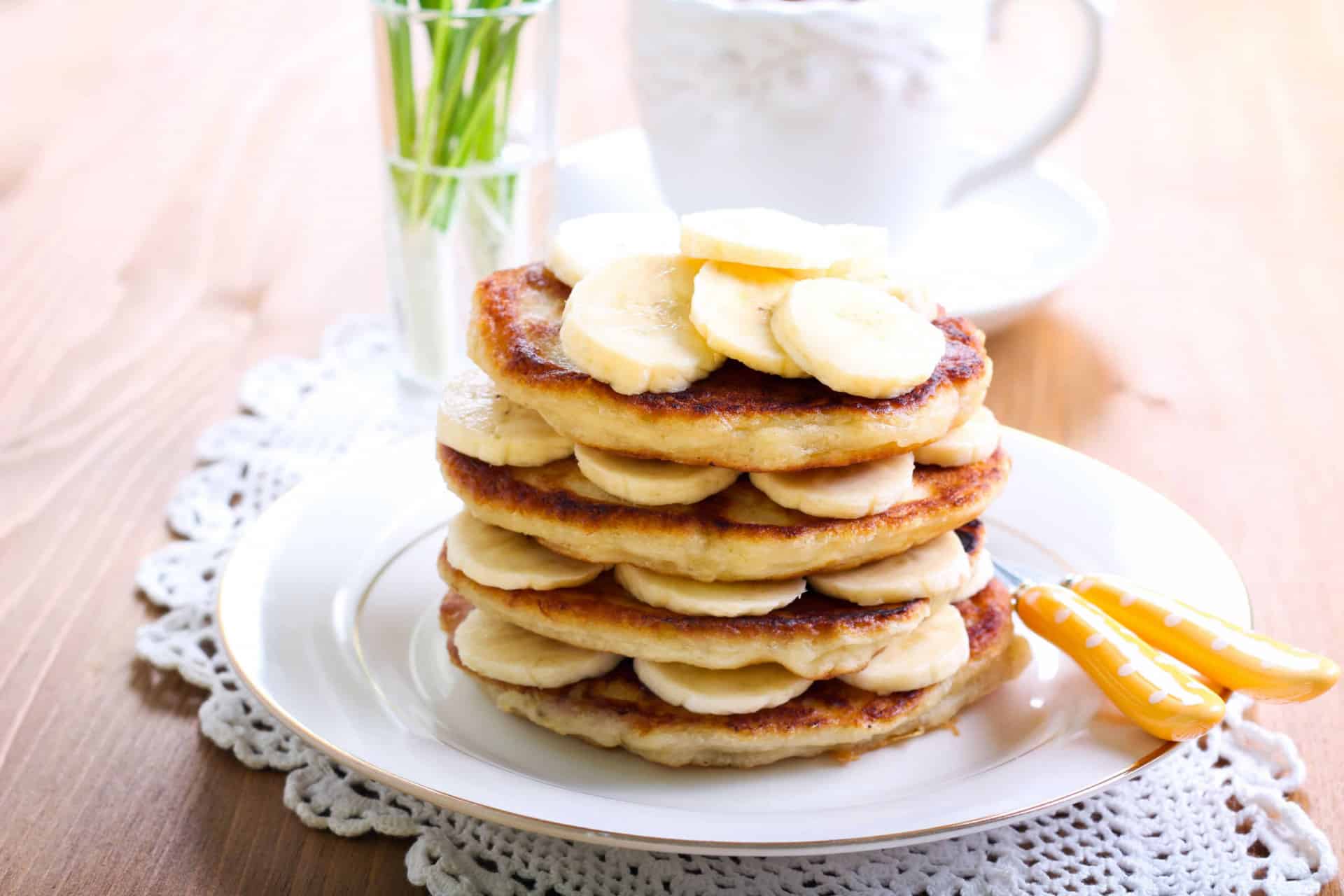 Injera is what Djibouti calls its traditional flatbread. It is also found in Ethiopia, Yemen, and Somalia, where it is called lahooh or lahoh.

This slightly spongy flatbread is traditionally made of teff flour and has yeast. Teff is a valuable grain, rich in iron, and grows only in mid-range elevations with just the right amount of rainfall, so it can be costly.

Therefore, teff flour is sometimes replaced with flour made from rice, corn, barley, or wheat, to make it more affordable.

Injera is made by mixing the flour with water and allowing it to ferment for a few days. Then, the liquid dough is poured onto the baking surface. The result is a flat bread with a smooth bottom and a porous top, perfect for scooping up sauces.

The bananas could be skewered in sticks, coated with sugar, or turned to spring rolls. They could be rolled into balls or pressed flat, like pancakes.

In Djibouti, banana fritters are made with mashed ripe bananas mixed in a batter of flour, sugary water, and a dash of nutmeg.

This batter is poured onto a pan, in the same way you would cook pancakes, then fried until golden, then served warm.

Samboussa is a popular food in the Horn of Africa. In countries outside of Djibouti, they are often called samosa or other names, but the concept is the same: meat or other fillings such as peas, lentils, or potatoes, folded in dough, then baked or fried.

In Djibouti, this savory pastry is made with a filling of meat, leeks, and onions, folded into a triangular pastry, then deep fried until golden brown and crispy. It can be served with some African hot sauce.

Harira is a thick, hearty soup that is a meal in itself. In Muslim countries (such as Djibouti), it is traditionally eaten at night, at the end of the whole day of fasting.

To make harira, you need meat, lentils, chickpeas, tomatoes, tomato paste, flour, and spices such as saffron, cumin, parsley, onion, celery, salt, and pepper. These are cooked into a thick stew.

In Djibouti’s version of harira, angel-hair pasta is also added to the stew.

The dish is often served garnished with lemon slices. The dish tastes well with a bit of lemon juice squeezed into it.

Niter kibbeh is more of a seasoning rather than a dish. It is clarified butter simmered with spices such as nutmeg, cinnamon, cardamom, turmeric, garlic, or cumin.

The butter is brought to a boil, then the ingredients are added and simmered for about an hour. Finally, the butter is strained and stored in a refrigerated airtight container for maximum longevity.

Niter kibbeh is added to many Djibouti dishes to give them their special taste. It can also be used for meat preservation.