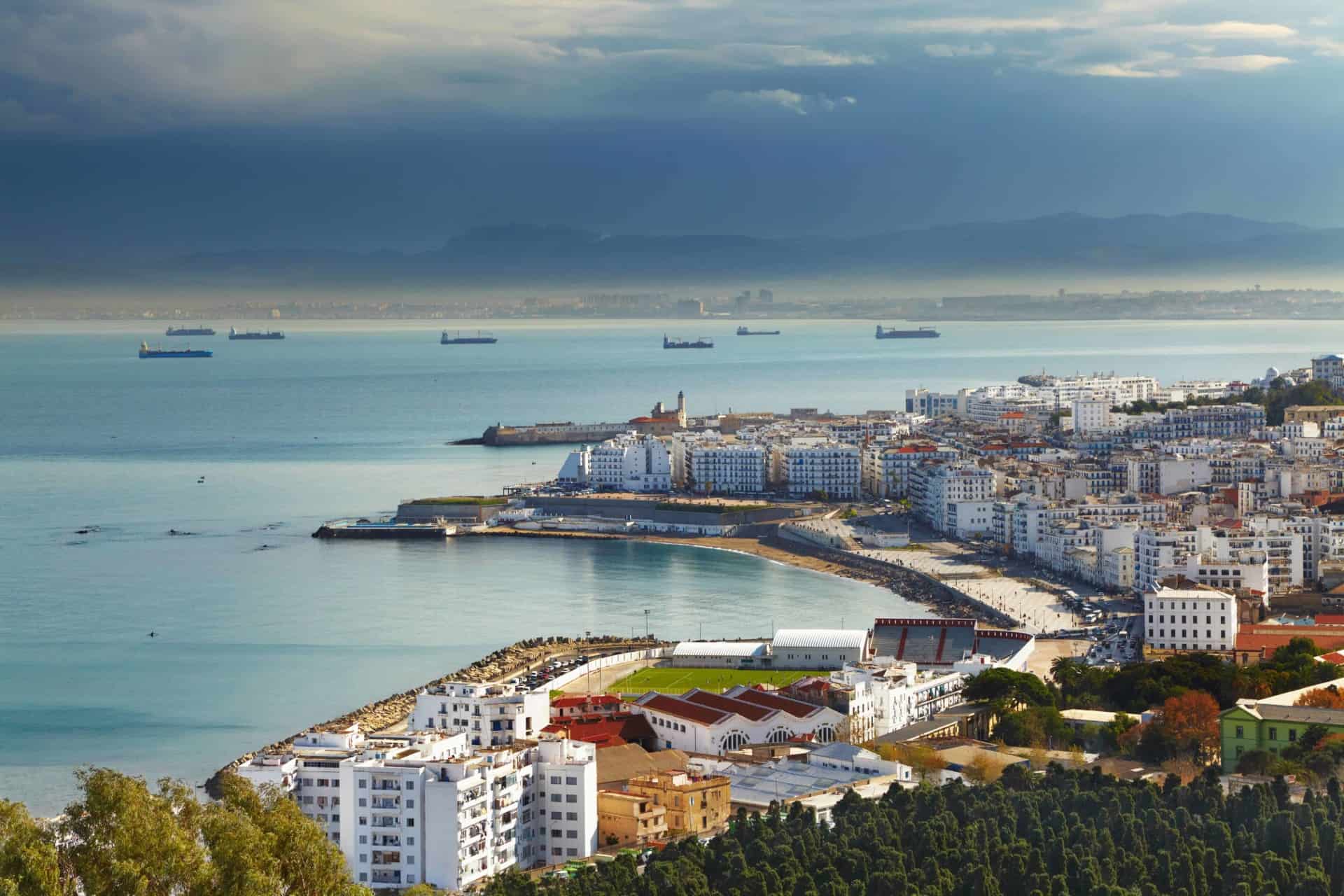 M’Zab Valley is a plateau south of Algiers. Strewn across the region are houses and buildings that were constructed using traditional and environment-adaptive methods. Such construction methods earned M’Zab Valley a spot in the UNESCO World Heritage Site list.

This region, located in the Northern Sahara, has been inhabited since the tenth century and has a strong Muslim orientation.

M’Zab Valley is composed of five walled villages (ksar), which are collectively called the Pentapolis. The Pentapolis village of Ghardaïa is the main settlement and capital of the region. The other four are El-Ateuf, Bounoura, Beni Isguen, and Melika.

The architectural style in M’Zab Valley is very distinct, making the region an interesting site to visit. Palm groves are scattered across M’Zab Valley and add life to the pale color palette of the region. A mosque stands right in the middle of each walled village.

Many of the ruins are still in good condition, so guests, while walking among the ruins, can easily imagine that they had truly travelled back in time.

Timgad is 35 kilometers from Batna and is a UNESCO World Heritage Site. It was abandoned in the seventh century and was rediscovered in 1881.

Tipasa, the capital city of Tipasa province, is popular for its ancient ruins. It was founded by the Phoenicians and functioned as a trading post during the second century. It was later on developed as a military colony during the reign of the Roman Empire.

Tipasa is a unique archeological site because, aside from Phoenician and Roman architectural ruins, it has Paleochristian and Byzantine ruins as well. Indigenous structures are also visible in the site.

Although you will no longer find intact samples of ancient houses in Tipasa, the site has a score of other city structures, including baths, churches, amphitheater, theater, cemeteries, nymphaeum, and mausoleum.

Tipasa, which is located on the coast of Algeria, is a UNESCO World Heritage Site.

Sidi Fredj’s identity as a resort town is well known. With its scenic views, it offers itself as a relaxing getaway to both local and foreign guests.

The town has plenty of beaches. Naturally, it offers different water activities, boasts of luxurious accommodations, and most of all, provides a topnotch beach experience to beach bums, sun worshippers, and nature trippers.

But there’s more to Sidi Fredj than just being a sunbathing site. Beneath its summery veneer, Sidi Fredj is also a historical site whose significance was etched in the country’s history books after the first troops from France arrived in the town, marking the beginning of the French civilization of Algeria.

Oran is Algeria’s second largest city in terms of population, and it is bursting with life. It is a major port, and it is an industrial and commercial center. But despite the hustle and bustle, Oran is still a pleasurable place to explore.

Many of the attractions in Oran are of historical, cultural, and religious significance. The city has its own Great Mosque, which was constructed in 1796. Unlike some mosques, which are off limits to non-Muslims, the Great Mosque is open to the public.

There is also the Cathédrale de Sacré Coeur. Built by the French, this exquisite cathedral with exceptional architecture was eventually developed into a public library after the country’s independence.

Also worth visiting are the city’s main square and Demaeght Museum, a repository of prehistoric archeological artifacts. 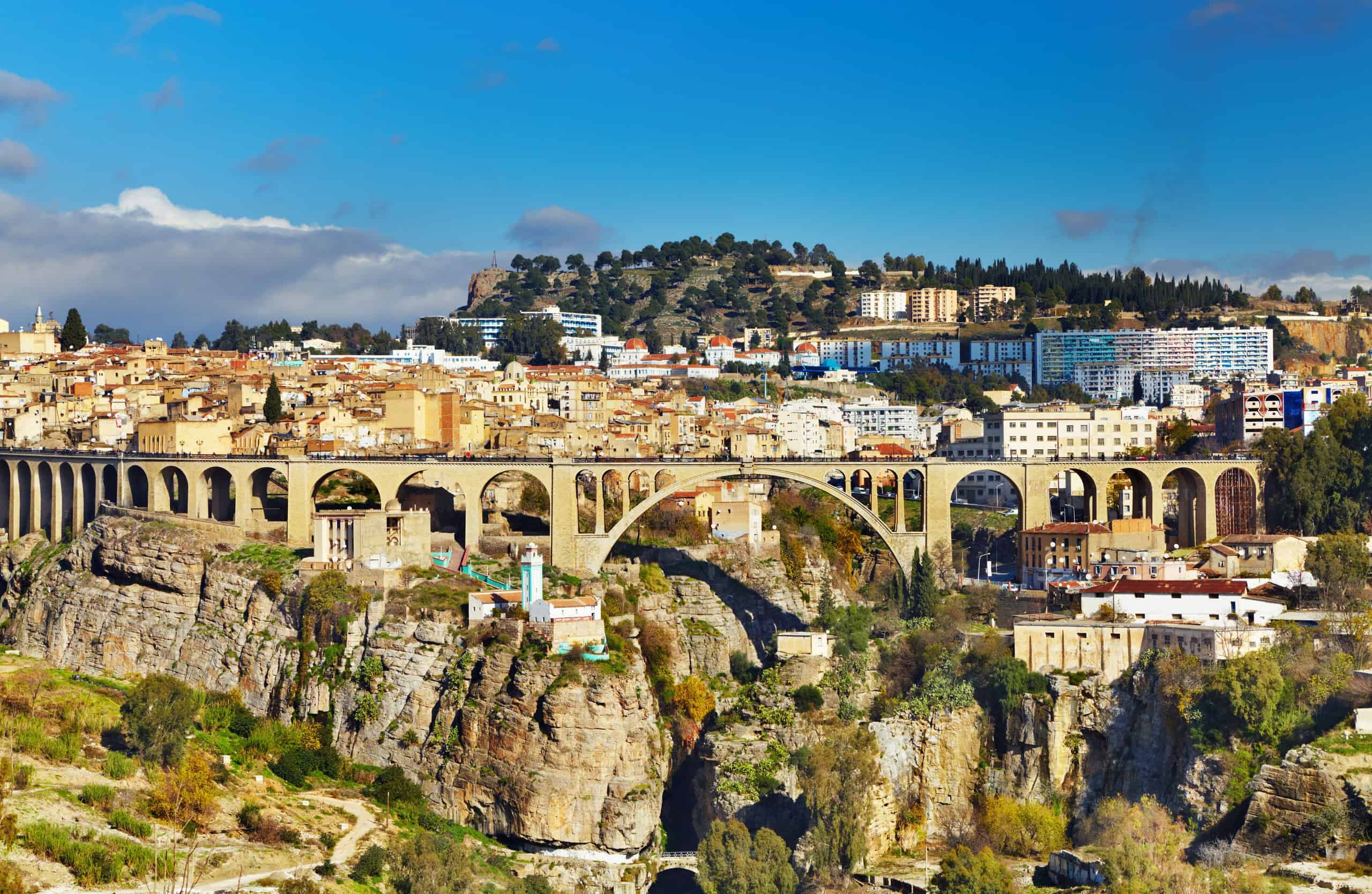 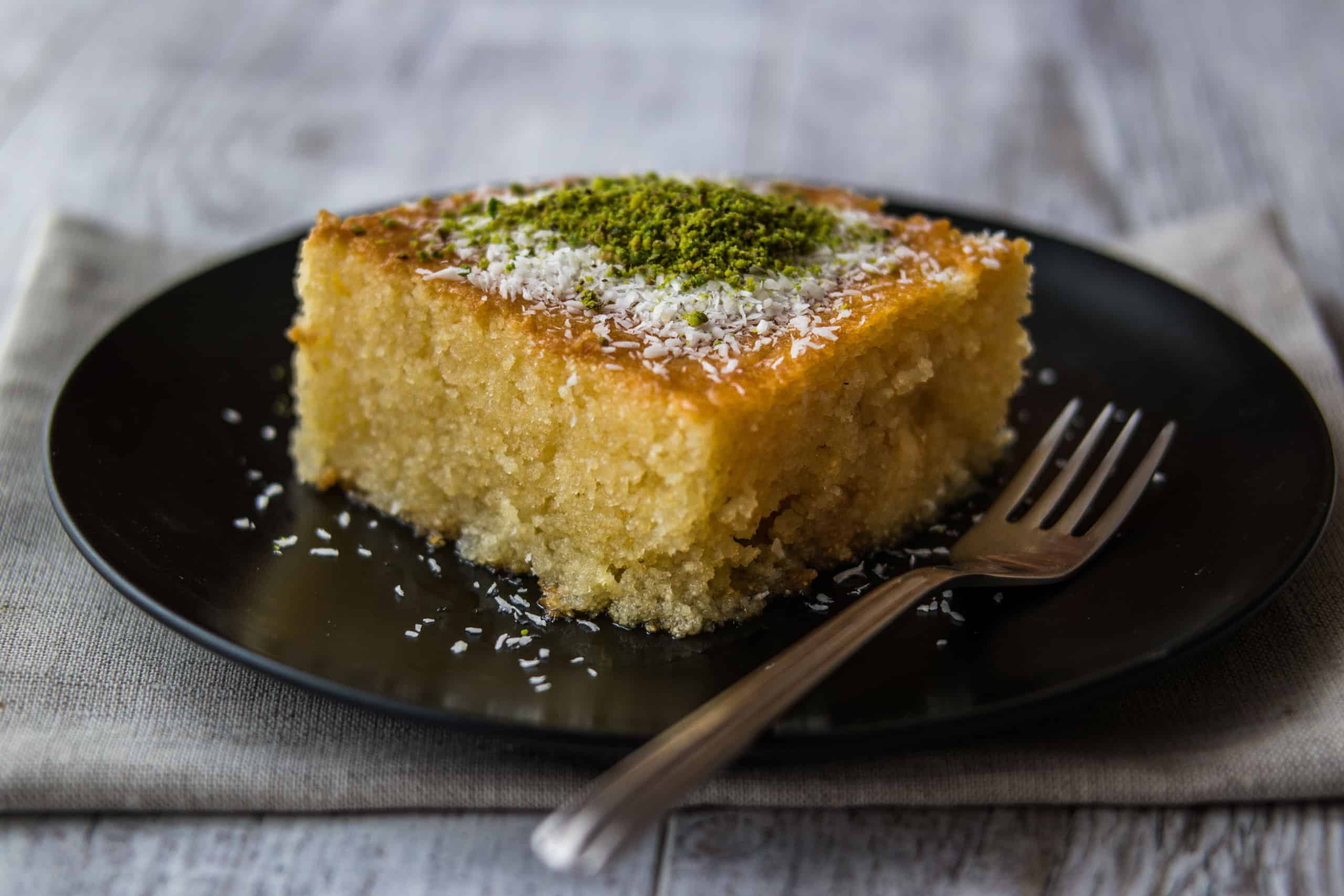 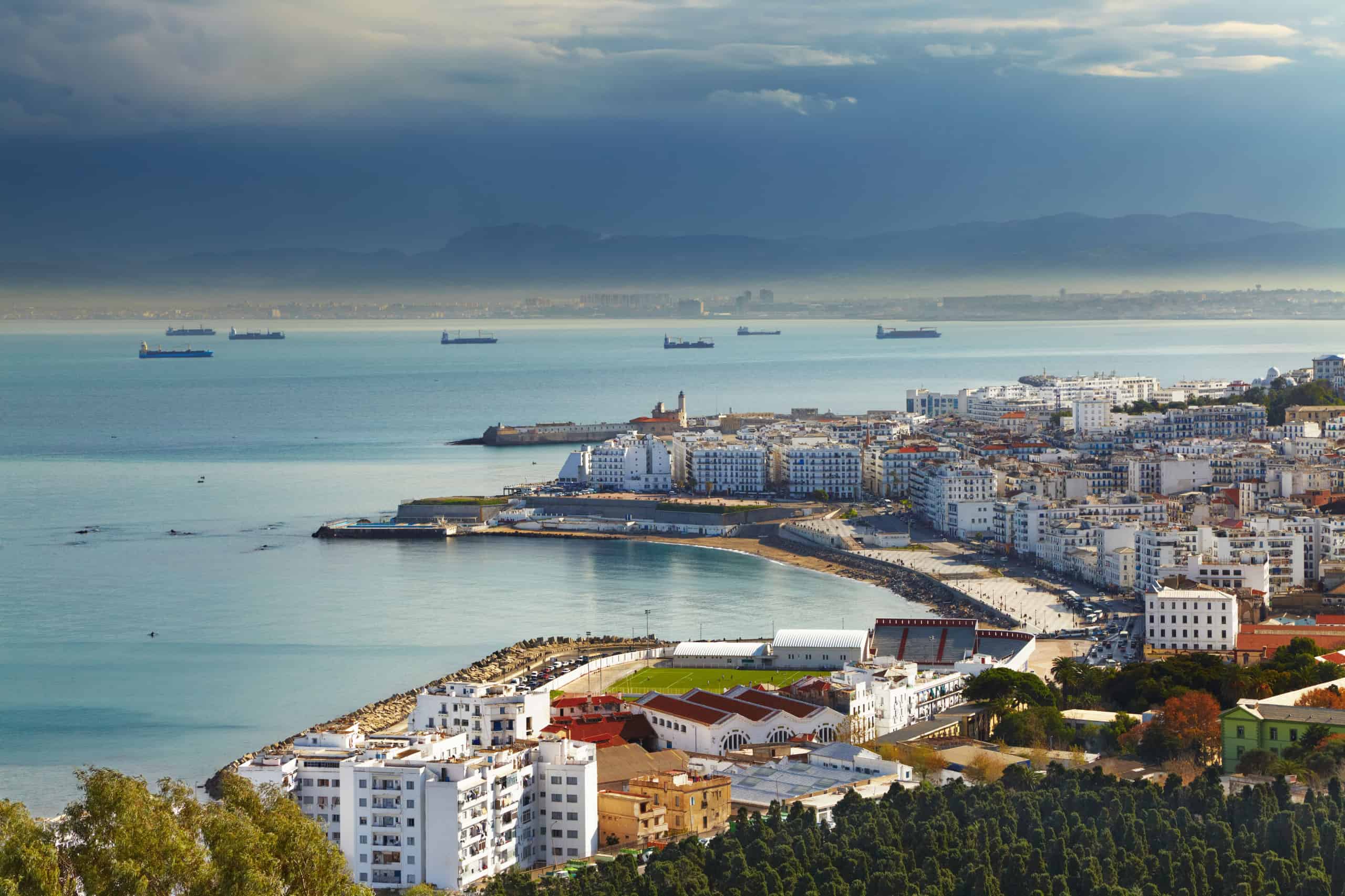 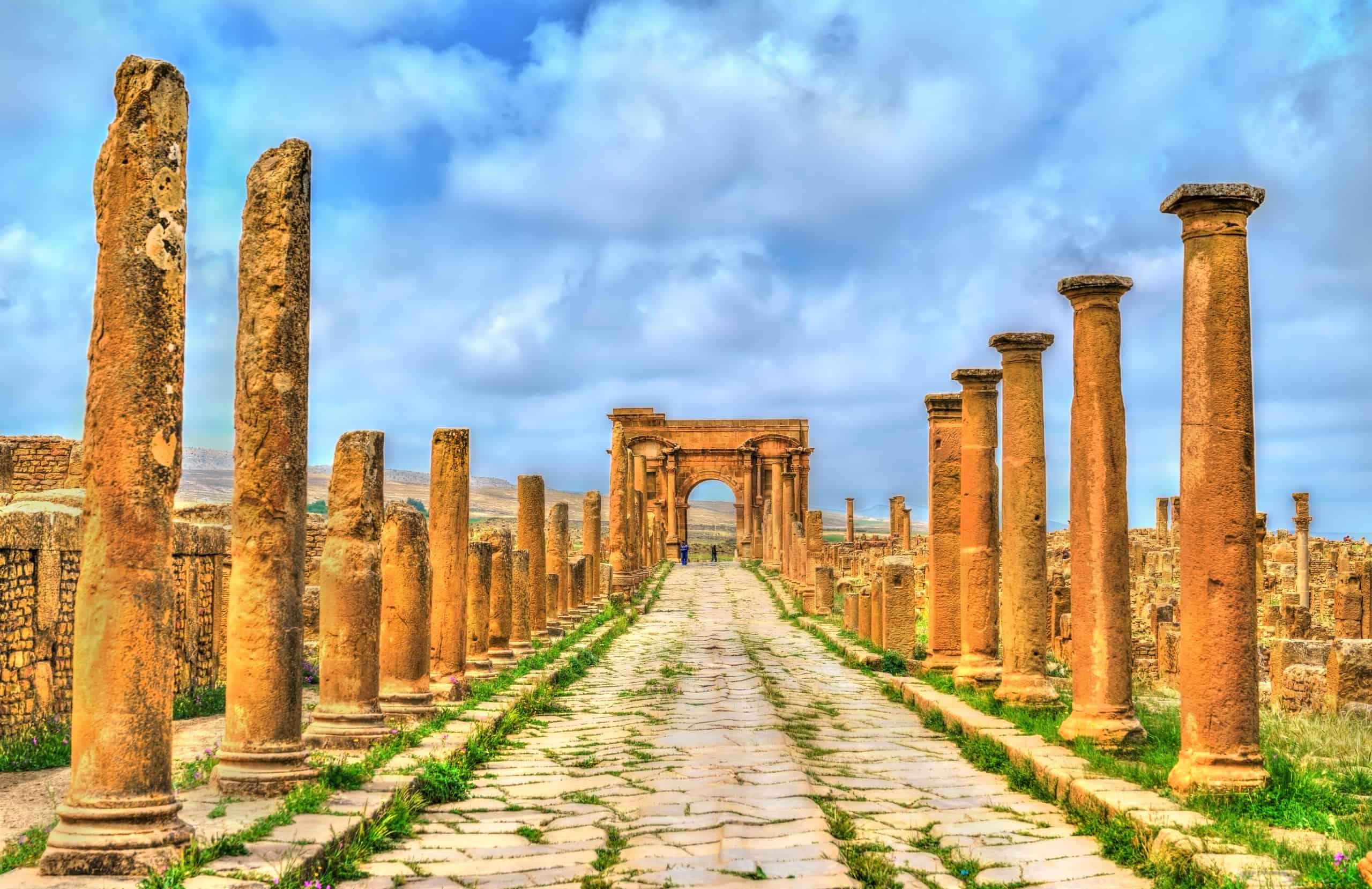 Algeria and many other states reject Moroccan administration of Western Sahara; the Polisario Front, exiled in Algeria, represents the Sahrawi Arab Democratic Republic; Algeria's border with Morocco remains an irritant to bilateral relations, each nation accusing the other of harboring militants and arms smuggling; dormant disputes include Libyan claims of about 32,000 sq km still reflected on its maps of southeastern Algeria and the National Liberation Front's (FLN) assertions of a claim to Chirac Pastures in southeastern Morocco
Palanpur
63°
clear sky
humidity: 41%
wind: 3mph N
H 63 • L 63
75°
Tue
76°
Wed
77°
Thu
79°
Fri
Weather from OpenWeatherMap