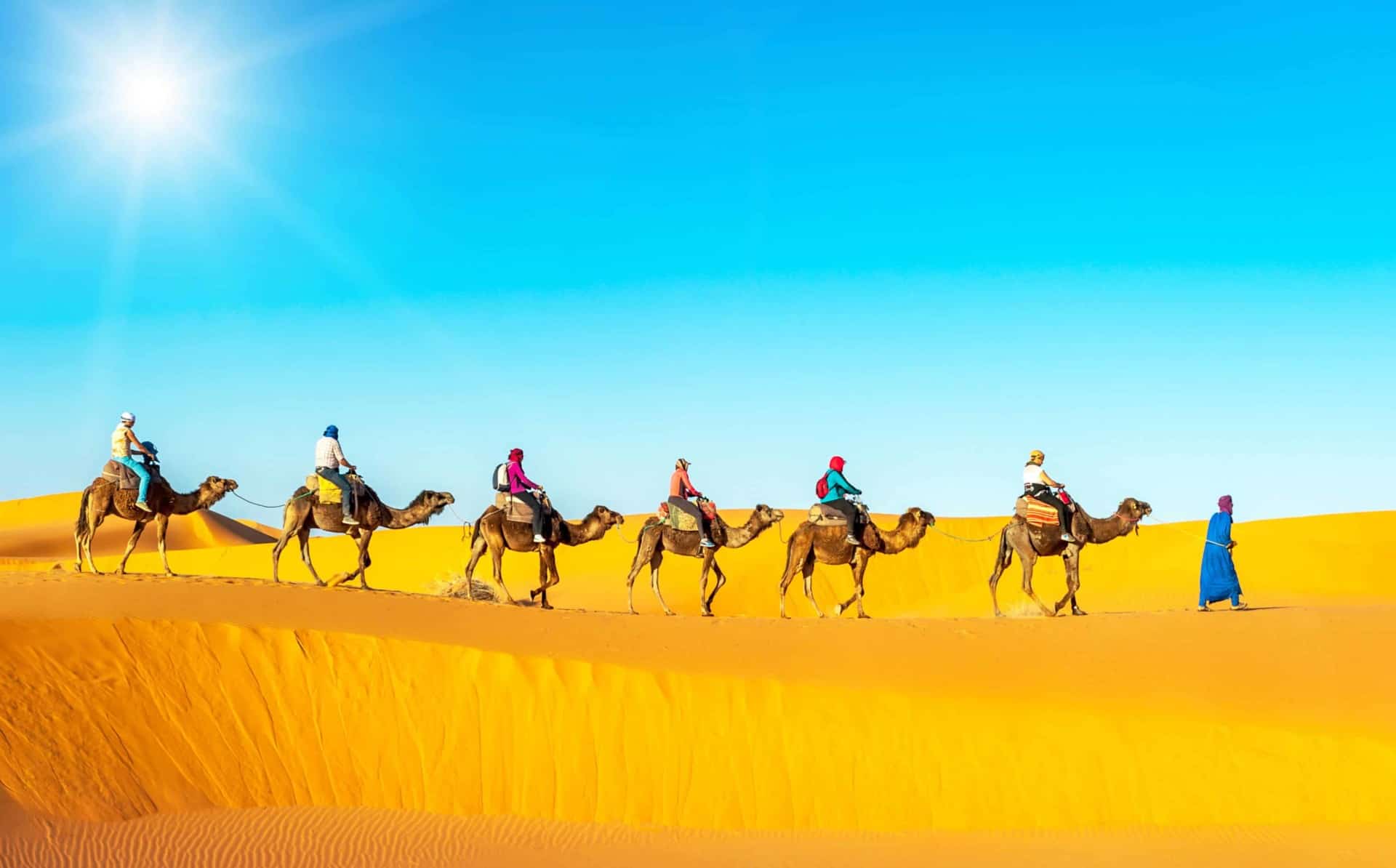 No visit to Algeria will ever be complete without you having traversed the Sahara desert. The part of the Sahara that is found in Algeria showcases the desert at its classic best, with sand dunes, rock formations, plateaus, oases, and rocky patches of land.

Sahara tours allow you to visit different destinations – Djanet, Tikoubaouine, and Tassili, to name a few – and camp at the desert for a few days. With only the most basic necessities at hand and having what seems to be an infinite sea of sand in front, behind, and all around you, you’re sure to have a pretty good taste of what nomad-style traveling is like.

Exploration can generally be done in three ways: by camel, in a 4-by-4 vehicle, or on foot. It all depends on how much time you have and how much adventure you have appetite for.

Whichever way you choose, rest assured that as you pass through the desert, you will not only be smitten by the breathtaking landscape but you’ll also have your fill of history once you reach the sites that hold authentic samples of prehistoric cave and rock art.

Several travel companies offer Algerian Sahara tours. Although their itineraries are slightly different from each other, they all promise to lead you into the spellbinding and unforgettable Sahara – and bring you out safe as well.

Go to the beach

The Sahara is understandably Algeria’s tourism frontier, and it does have a tendency to drown out every other attraction in the country.

But Algeria can offer much more than hot sands. In fact, its cool wet sands – its beaches – are also remarkable.

Visit any of the beaches in Algeria to bask in the sun and enjoy the seaside panorama while listening to the calming music of the waves. If you’re seeking something more exhilarating, why not engage in different water activities or join a sea cruise?

The Bejaia region has some of the best beaches in the country, while Zéralda offers itself as a picturesque, quiet beach destination. Jijel, which is popular among the locals, boasts of lush vegetation that you can find along its coast.

Mingle with the locals

The best way to enjoy and appreciate a nation is by mingling with the locals. In Algeria, don’t be afraid to join the locals in their recreational activities. They will welcome you and make you feel at ease.

When you see kids playing soccer in the streets and parks, join them. Don’t be surprised if they’re better than you. Soccer, after all, is one of the most popular sports in Algeria, and the locals just love playing it.

If you see men huddled together in a coffee shop for a game of chess, dominos, checkers, or cards, approach them to watch. You might even be invited to sit among them and play their games.

Hospitality is a common trait in Algeria, so don’t hesitate to befriend the locals and reach out to them. One of the best things you can gain from a trip is a new friend.

Lying in the central Sahara are the Ahaggar Mountains, also known as the Hoggar Mountains. This mountain range is mostly composed of extinct volcanoes.

The Tuareg people, who live in Tamanrasset, the nearest town to the Hoggar Mountains, serve as guides to the mountain range.

Traveling to the Hoggar Mountains is far from easy. Upon arrival, what welcomes climbers is a vast rocky landscape and mountains that rise imposingly from the ground.

And upon reaching the top, you will get a grand view of the desert. As we said, the trip is difficult – but it pays off.

Have a more reflective journey in Algeria by visiting some of its religious sites, which provide insight into the religious beliefs of the locals and how these beliefs shaped the nation’s culture and history.

Since the predominant religion in Algeria is Islam, you’ll find a wealth of mosques that have noteworthy architecture and historical contributions to the country.

One of the most impressive and historical is the Ketchaoua Mosque. Located in Algiers, the mosque was converted into a cathedral in 1838 and back into a mosque in 1962.

Roman Catholic churches also make their presence in Algeria. The Notre Dame d’Afrique, the basilica of Algiers, is notable for its elegant French and Byzantine influences.

St. Augustine Basilica in Annaba is another important religious site. Arm bones of the martyred saint are contained in his statue, which is housed within the basilica.

Whatever town or city you go to, it is likely that you’ll find at least one religious site there. This means you’ll have plenty of opportunities to learn about the Algerians’ religious culture.

Remember that one of the best ways to understand a people is by looking at what they worship, honor, and serve. 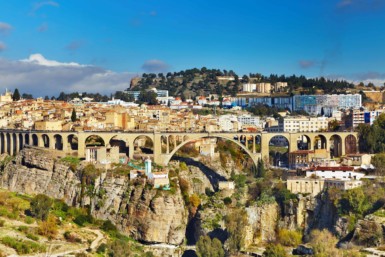 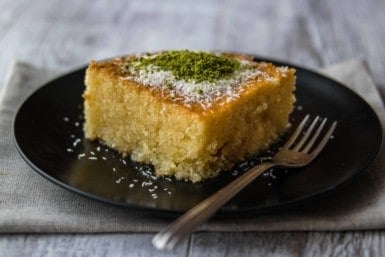 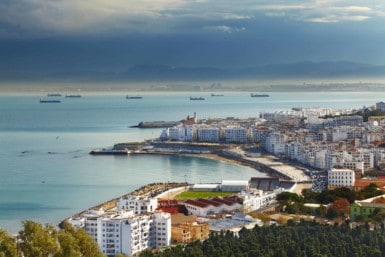 Algeria and many other states reject Moroccan administration of Western Sahara; the Polisario Front, exiled in Algeria, represents the Sahrawi Arab Democratic Republic; Algeria's border with Morocco remains an irritant to bilateral relations, each nation accusing the other of harboring militants and arms smuggling; dormant disputes include Libyan claims of about 32,000 sq km still reflected on its maps of southeastern Algeria and the National Liberation Front's (FLN) assertions of a claim to Chirac Pastures in southeastern Morocco
Palanpur
61°
light rain
humidity: 48%
wind: 9mph NNW
H 61 • L 61
74°
Tue
79°
Wed
75°
Thu
73°
Fri
Weather from OpenWeatherMap